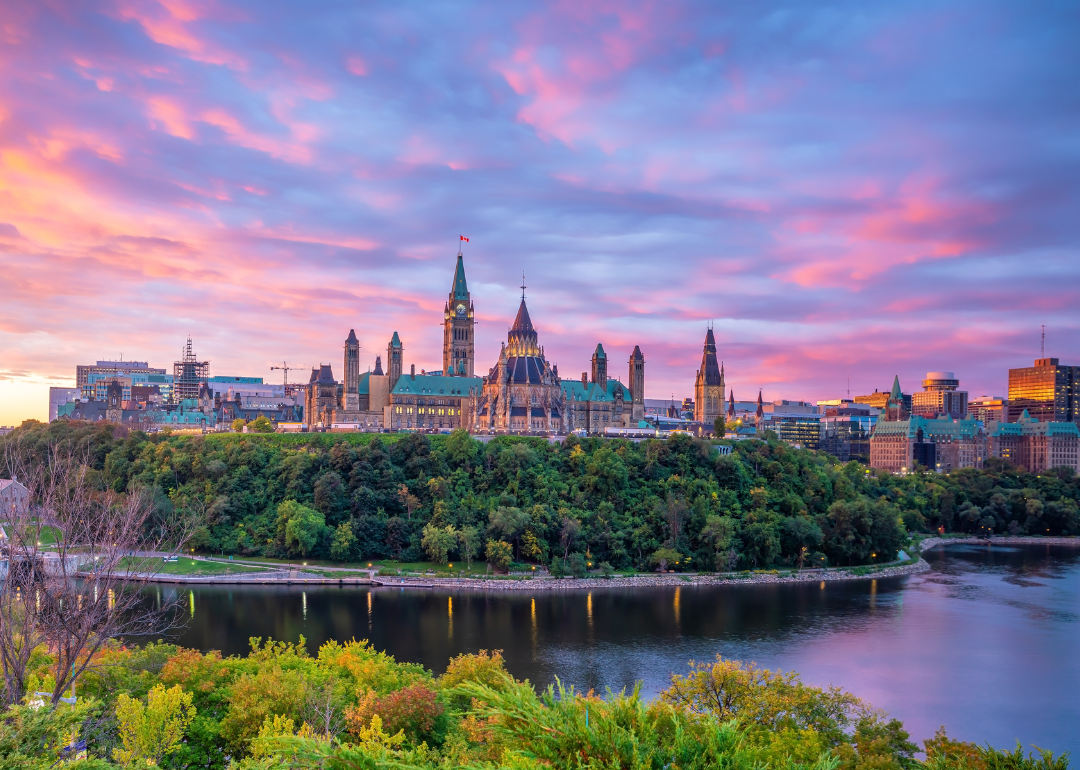 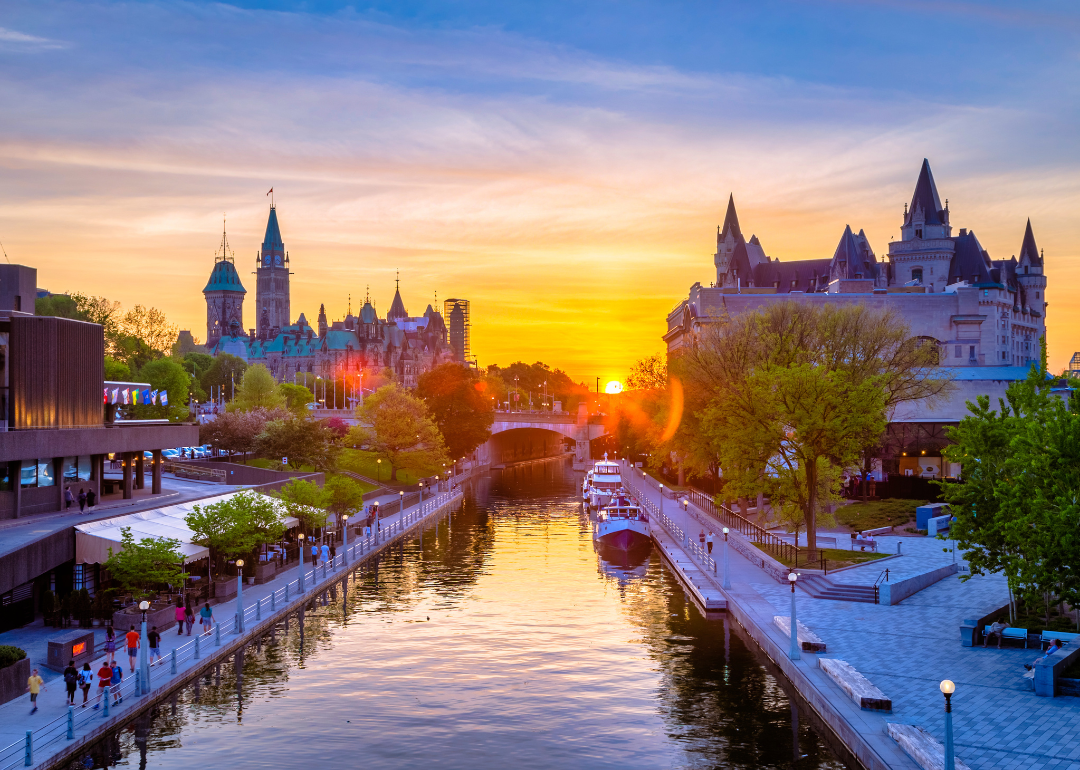 Some small North American cities are punching far above their weight when it comes to nurturing startups, innovative talent, and emerging tech businesses. These small cities' low cost of living, proximity to major research universities, and investment from city officials push them to the forefront of the tech scene.

Calgary.com examined data compiled by commercial real estate firm CBRE Group to find small cities and metro areas that have become tech hubs in recent years. Each city or metro area had to have 1 million or fewer workers to be included. To be considered a tech hub in the study, markets had to have a high number of college graduates, a large millennial population, and be home to major universities with strong technology programs. Rankings are based on the concentration of tech workers in that location.​​

Tech talent concentration is defined as the share of all workers in that city employed by the tech industry. There are about 5.4 million tech workers in the U.S. and 1 million in Canada, according to CBRE analysis. In the U.S., tech talent employment grew 0.8% in 2020, compared to a drop of 5.5% for nontech jobs. 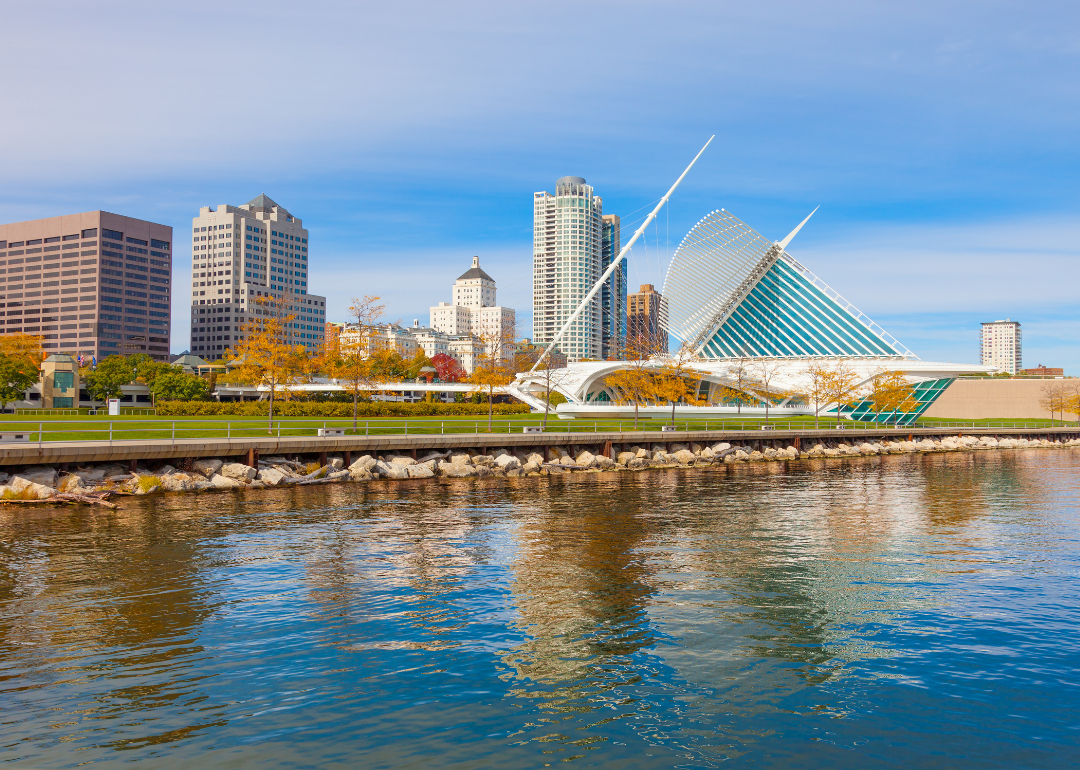 Milwaukee has developed a thriving tech scene. Regional partners like the Wisconsin Economic Development Corporation, Northwestern Mutual, and Concordia University have collaborated to develop tech opportunities in the region further. Milwaukee Tech Week draws entrepreneurs and innovators from the area, and it is estimated that there are now more than 2,000 technology companies across industries in Milwaukee. Cleveland has embraced technology throughout the private and public sectors. In July 2022, Cleveland-based startups raised $500 million in venture capital across companies such as Felux, a steel supply digital marketplace, and Splash Financial, a lending platform. The city also invested $2.4 million in innovative technology for the Cleveland Division of Police, including an alert system that notifies officers of a location with gunfire activity without waiting for someone to report a shooting. 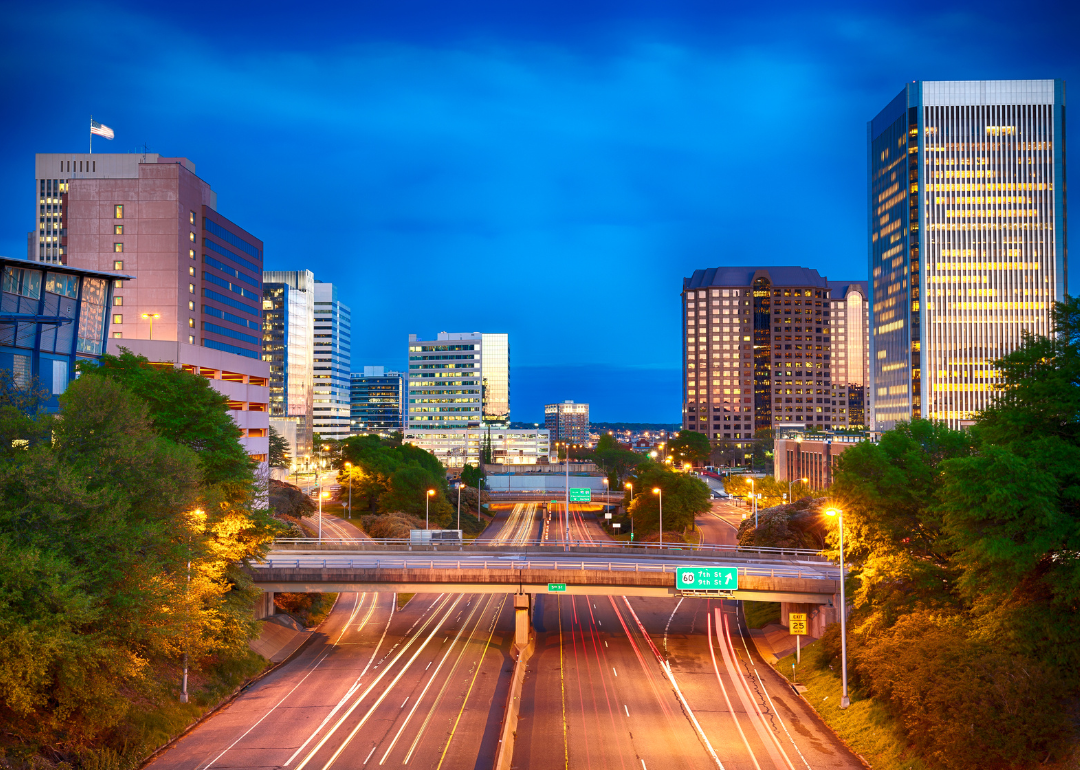 Richmond has the benefit of Growth and Opportunity Virginia, an organization dedicated to advancing and investing in the local tech scene; this includes $1.2 million in grants recently issued to four tech projects in the region. Among the initiatives is a technology competition at a local university, a tech talent retention program for local graduates, and a computer science-based entrepreneurship program. 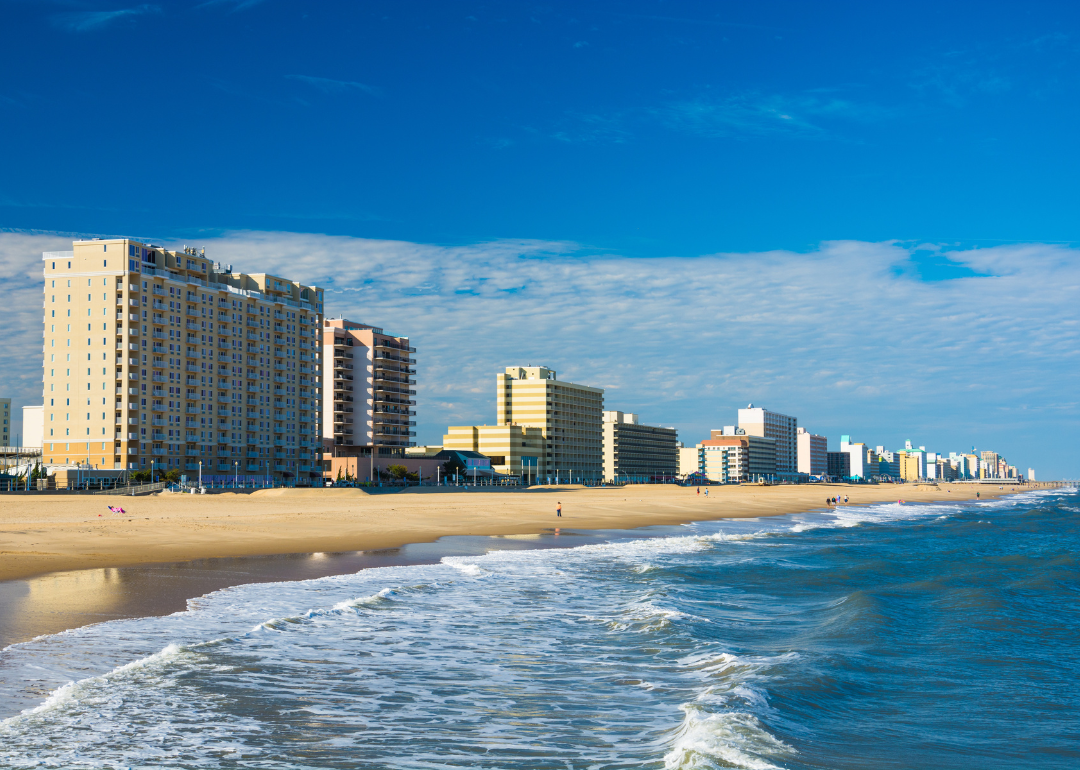 Virginia Beach, which has long been a popular vacation destination, is now emerging as a hotspot for tech. The city's economic development team touts its location near several colleges, including the College of William & Mary, Old Dominion University, and Norfolk State University, as well as a 5,706-square-foot accelerator lab for biotech startups. The city is home to new and established tech companies, including DroneUp, a drone developer; ServiceNow, a cloud-based productivity platform; and SimIS, an information technology company. 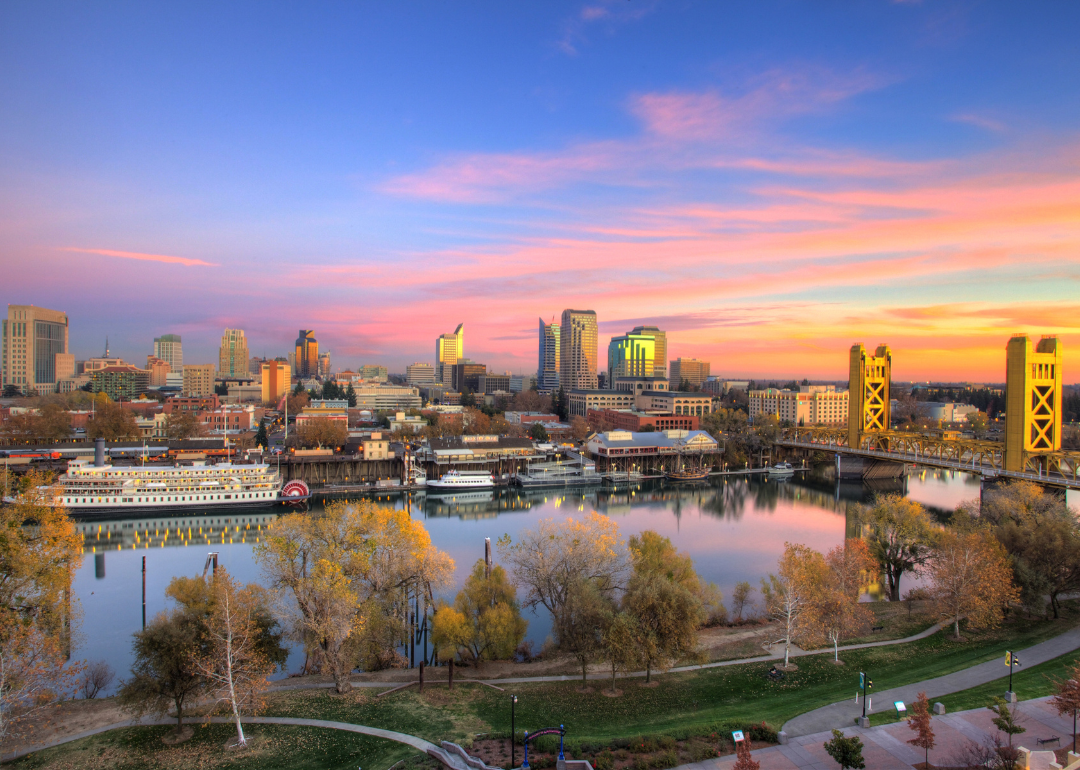 Some are calling Sacramento the next Silicon Valley for tech companies; this is due to many people in information technology relocating from Silicon Valley to Sacramento. In 2018 alone, there were an estimated 27,000 such workers. One reason for the departure may be the high quality of life Sacramento offers without the high costs of living in Silicon Valley. 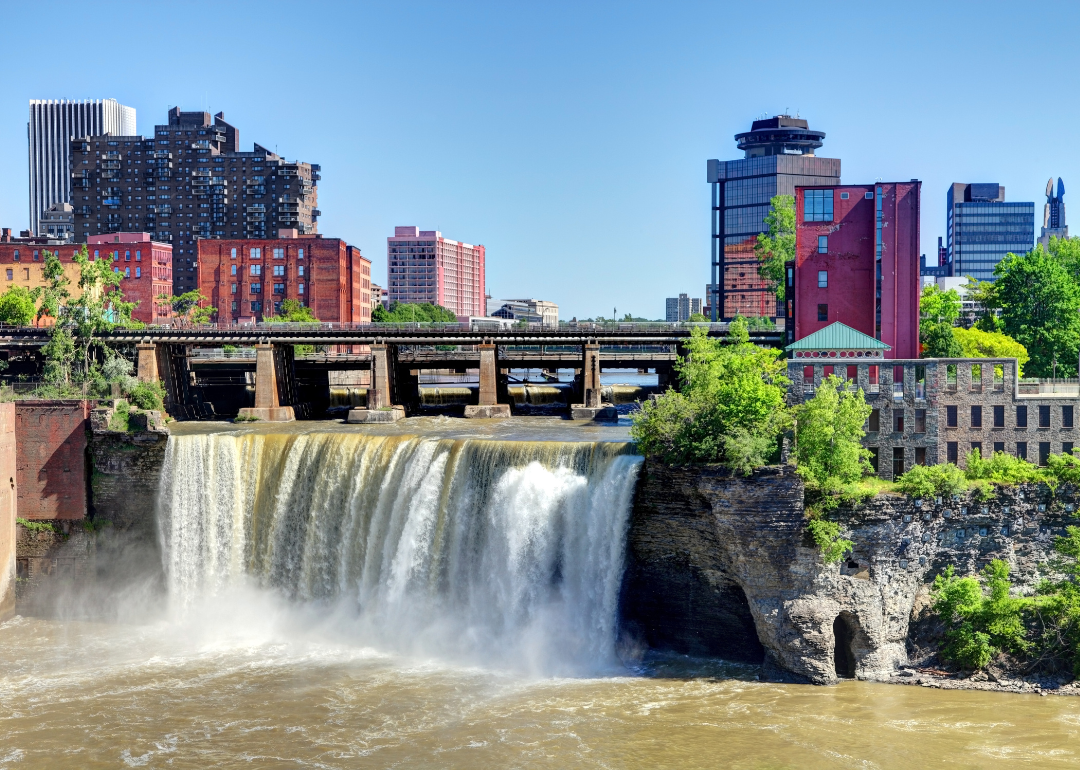 A strong accelerator program has benefited Rochester's emergence as a tech hub. Luminate NY provides funding and support to optics, photonics, and imaging startups. Some companies that have earned funding from the accelerator have moved from more established tech cities like Boston, including one incubated at the Massachusetts Institute of Technology. 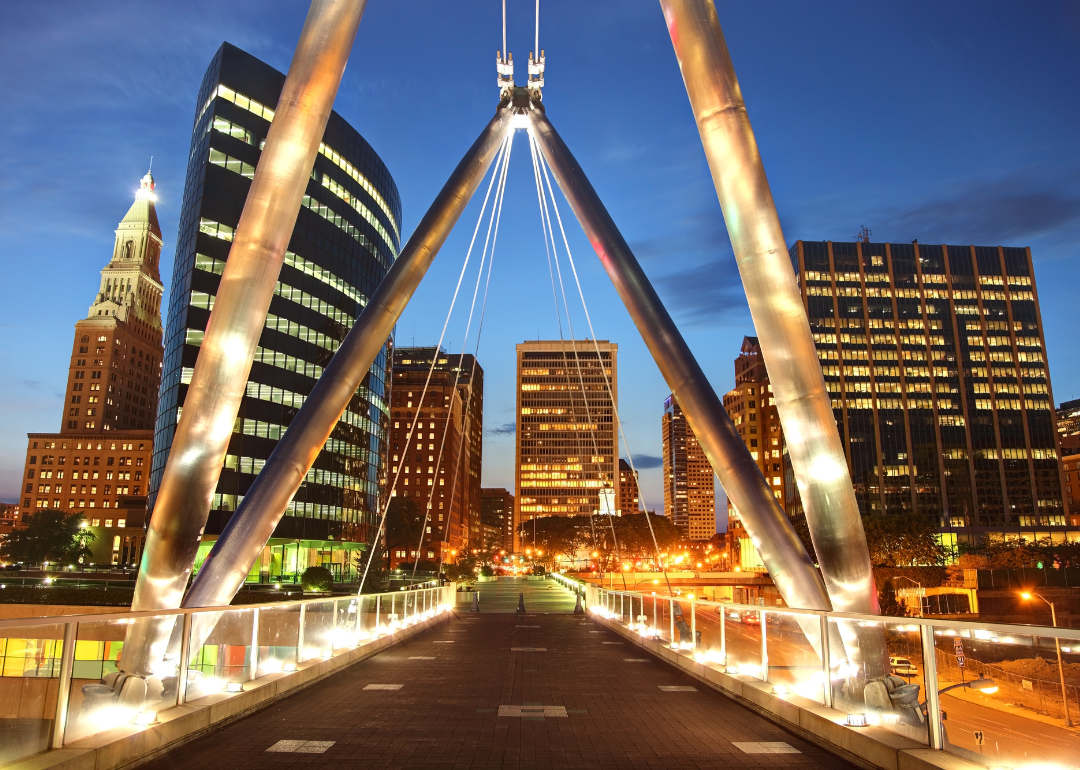 Hartford is becoming known throughout New England as a technology and innovation hub. There are numerous initiatives in the city, such as the Connecticut Small Business Development Center and Connecticut Innovations, which help businesses flourish at every stage, from startup to scaling nationally or internationally. More tailored programs also exist in the city, such as MakerspaceCT, which provides innovators and potential startups with equipment and programs to help them test their business ideas. 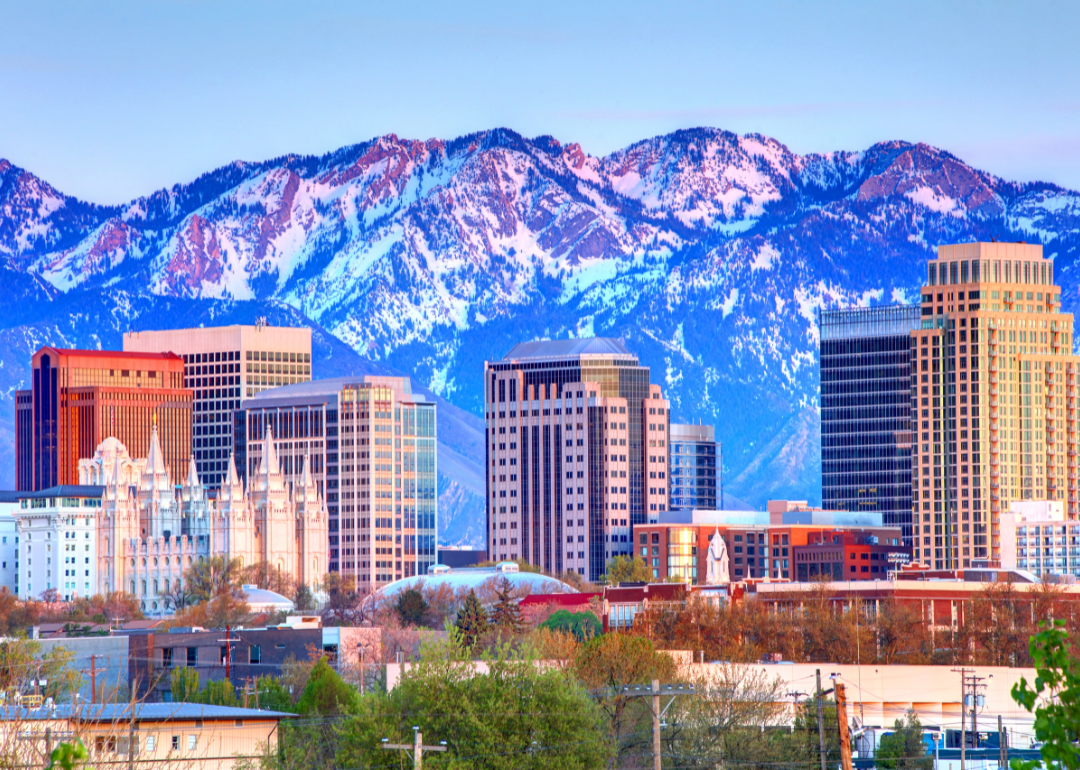 There's a reason Salt Lake City is nicknamed Silicon Slopes. A major resource of tech talent comes from nearby Brigham Young University, and two graduates of the school are considered the godfathers of Silicon Slopes. Josh James and Ryan Smith are the founders of companies worth well over $4 billion, and they have reinvested some of that capital back in the region's tech scene. 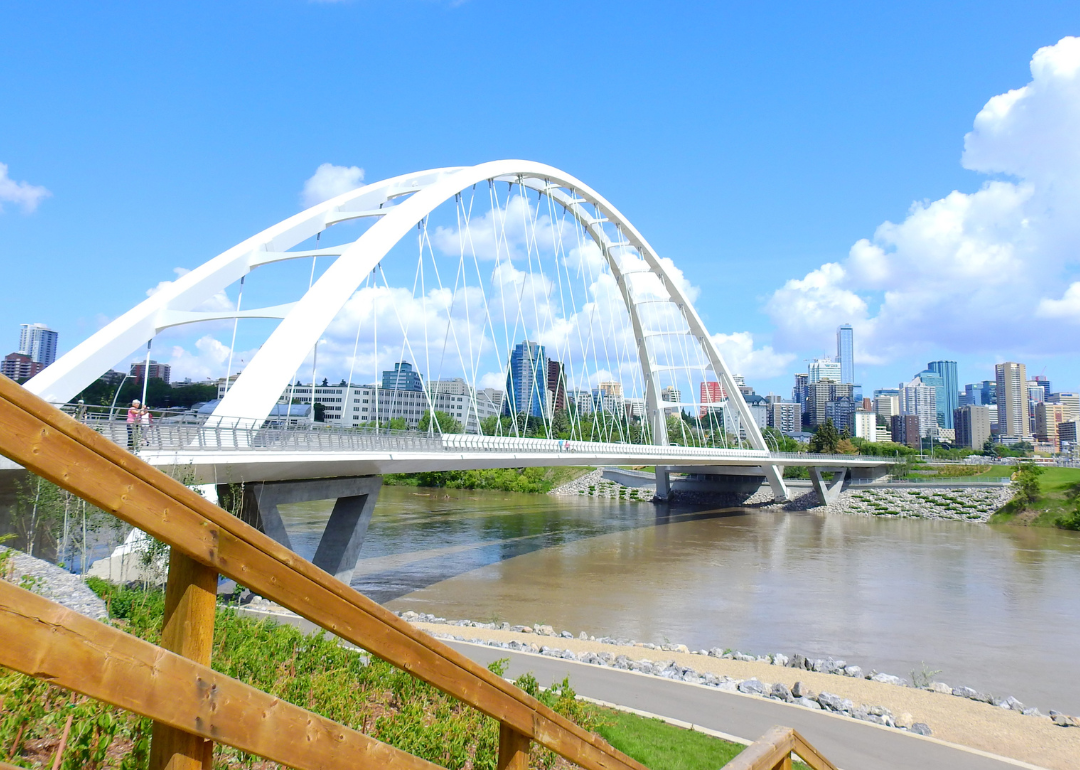 Employment growth in the technology sector is driving Alberta's economy forward. Edmonton has tech companies of all sizes, drawing many Canadians to work in the city. Four tech sub-sectors are expected to drive this growth in the coming years: health care technology, financial technology, clean tech, and ag-tech. 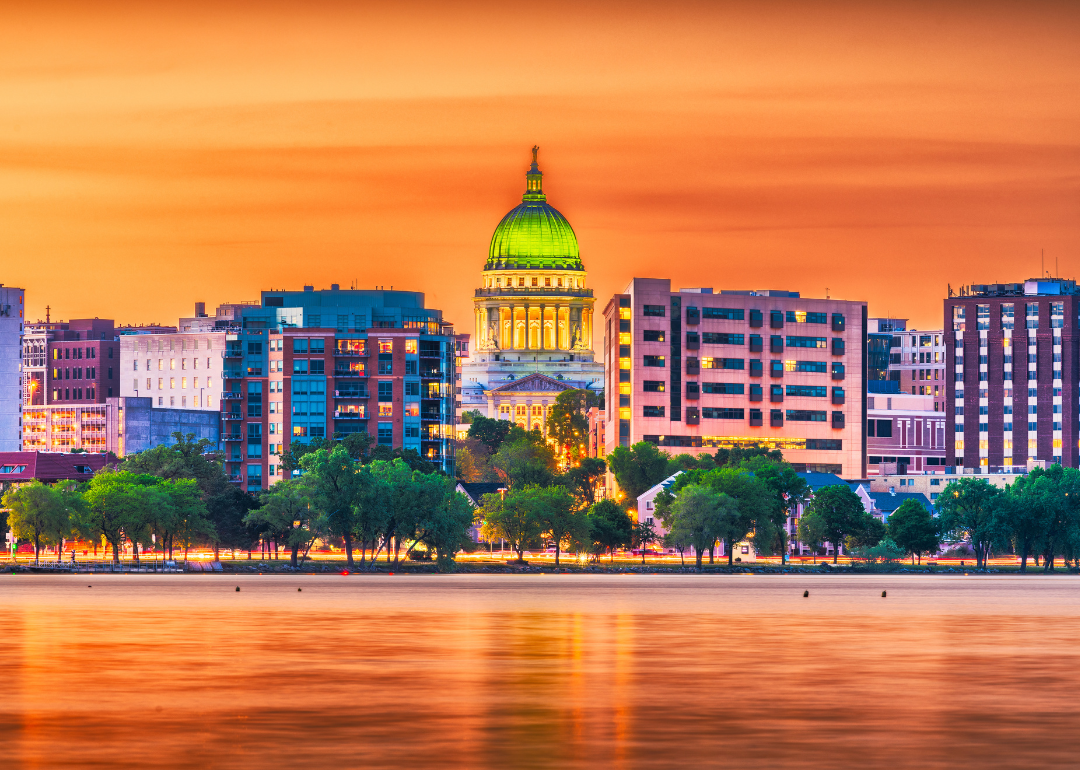 Madison has a low cost of living and plenty of biotech startups. Many of these companies come from the city's University of Madison-Wisconsin. It is also becoming increasingly common for many alums to stick around after graduation for work in the technology sector. 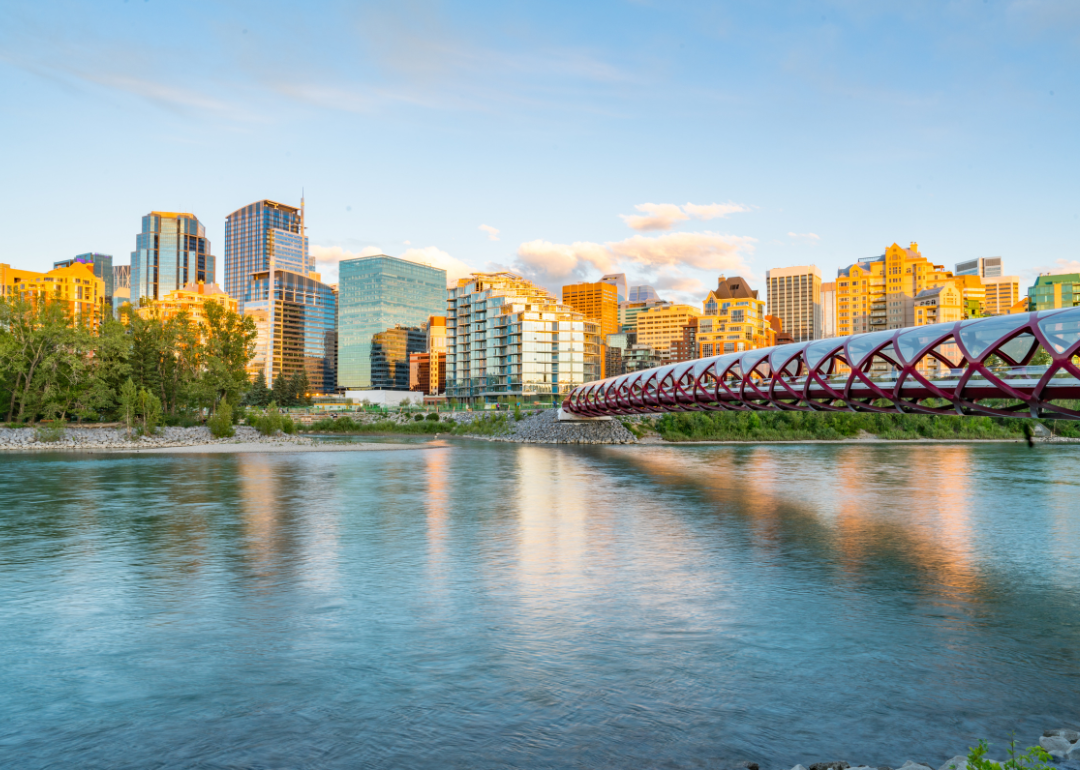 Many Calgary-based tech companies are investing heavily in expansion. In just six months alone, in 2022, tech investment grew by almost $500 million. Some companies in the area report 400% growth year over year, and venture funding is flowing into others to help them scale beyond the region. 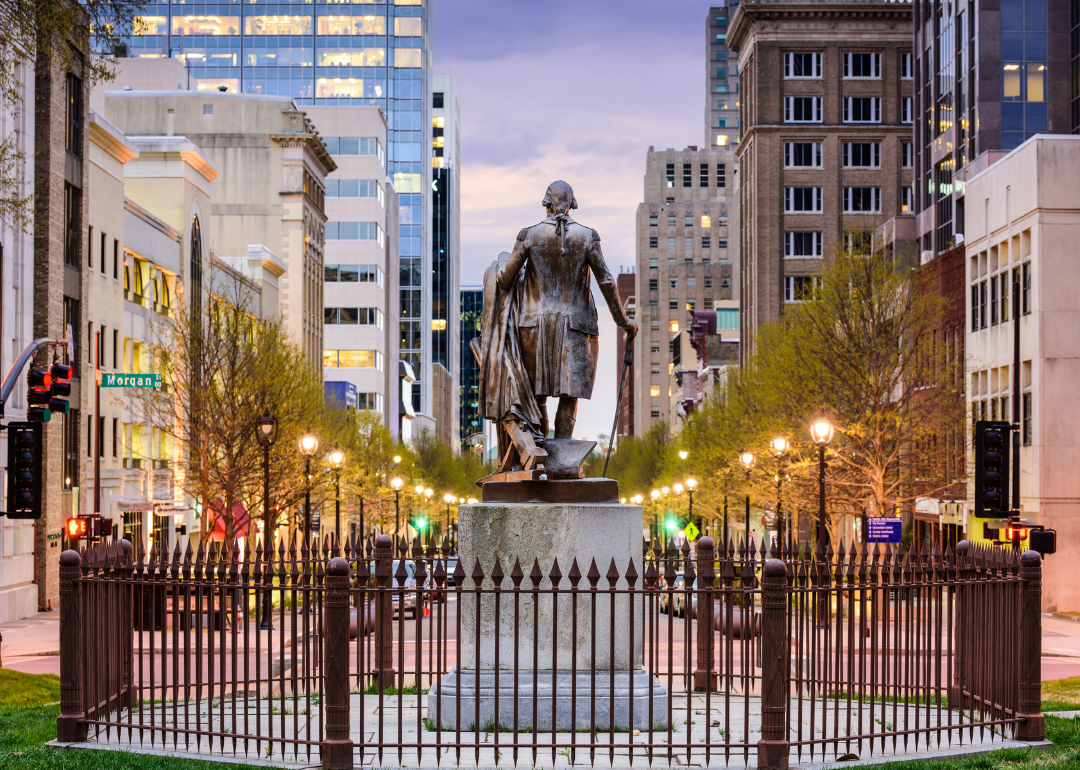 Raleigh-Durham is benefitting from several factors. Research Triangle Park has been a longtime anchor. Formed in 1959, it is the largest research center in the country, where companies from IBM to Cisco draw heavily from nearby universities like Duke for innovation and talent. Technology giants like Apple and Google have also announced plans to build campuses in the area. 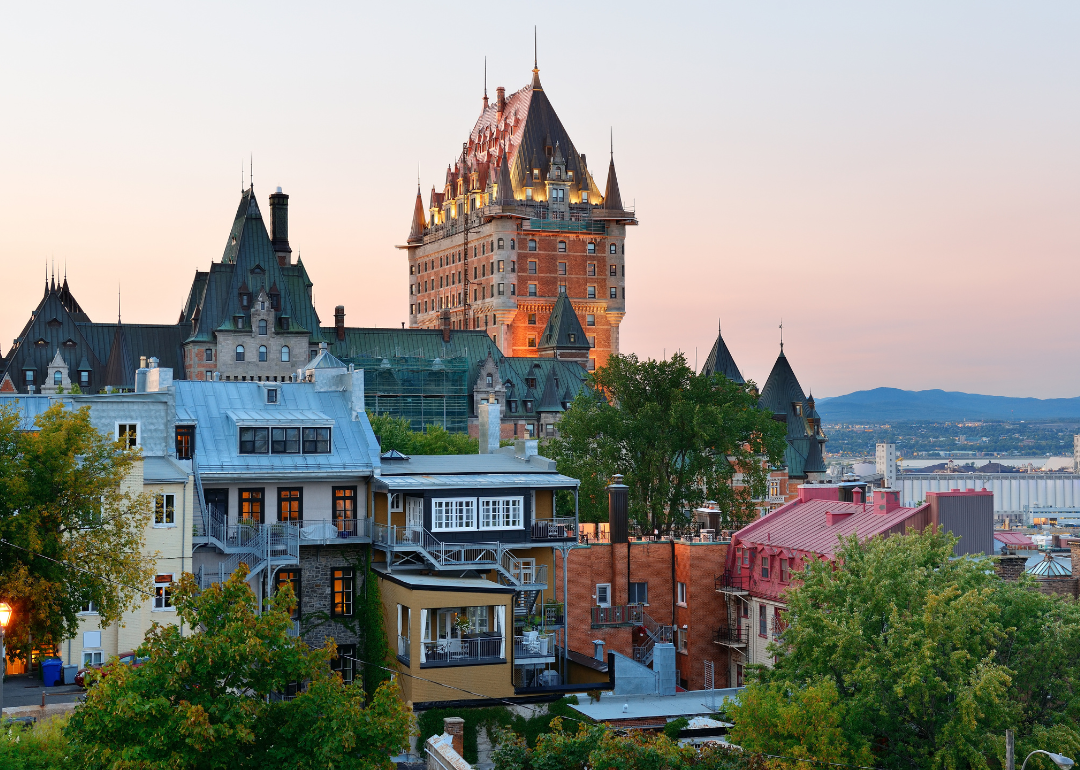 Quebec City has grown exponentially as a tech hub in recent years. A partner for PricewaterhouseCoopers has explained the surge in tech workers and investment as being driven by "second-generation and third-generation" entrepreneurs who had been very successful in the early 2000s and decided to re-invest their money and time to assist startups in Quebec. 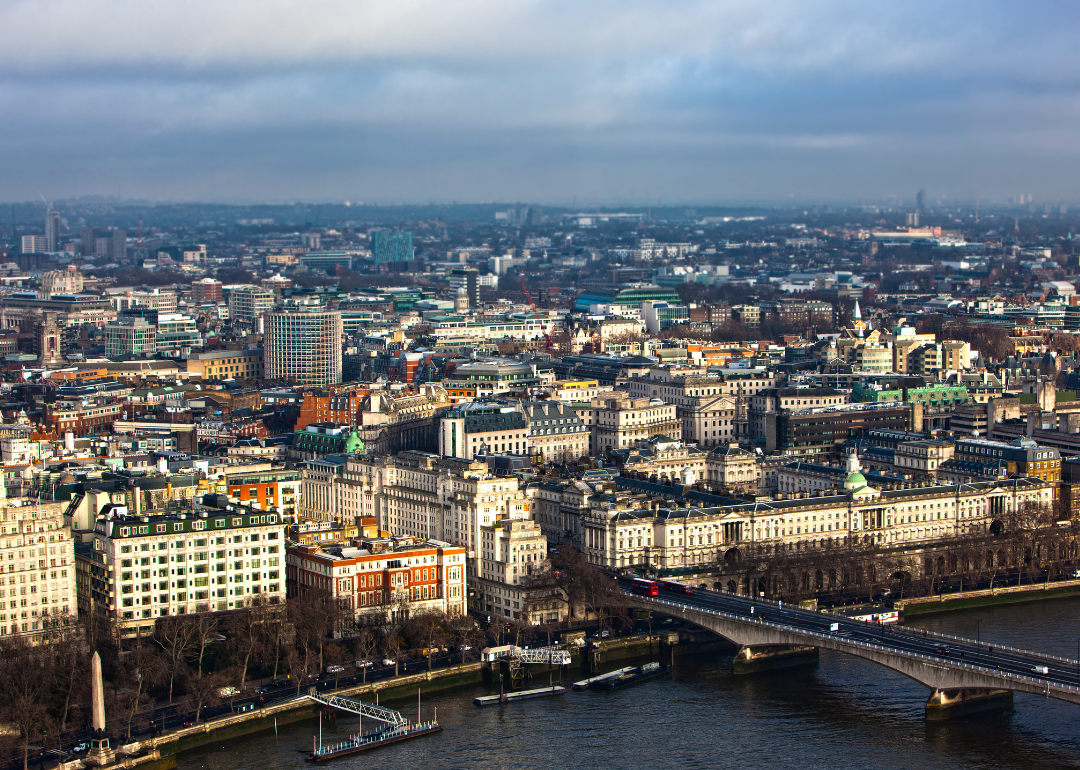 Waterloo benefits from having a heavy concentration of tech talent. Part of this may be due to the University of Waterloo's engineering and computer science programs. Almost every graduate from the program finishes with several years of on-the-job experience. Google and Amazon are among the companies that recruit grads.

Ottawa is one of the most diverse tech hubs in North America. The city serves as a base for companies specializing in software as a service, artificial intelligence, autonomous vehicles, 5G, cybersecurity, and digital media. Ottawa's Kanata North Technology Park is also Canada's largest, with more than 540 companies and 23,000 employees and businesses contributing $13 billion to Canada's gross domestic product in 2018.

This story originally appeared on Calgary.com and was produced and distributed in partnership with Stacker Studio.

Women on quarters: Who they are and why it matters

Strategies during unpredictable times: How to make your money matter in the long term

5 ways IT admins can improve password management and security