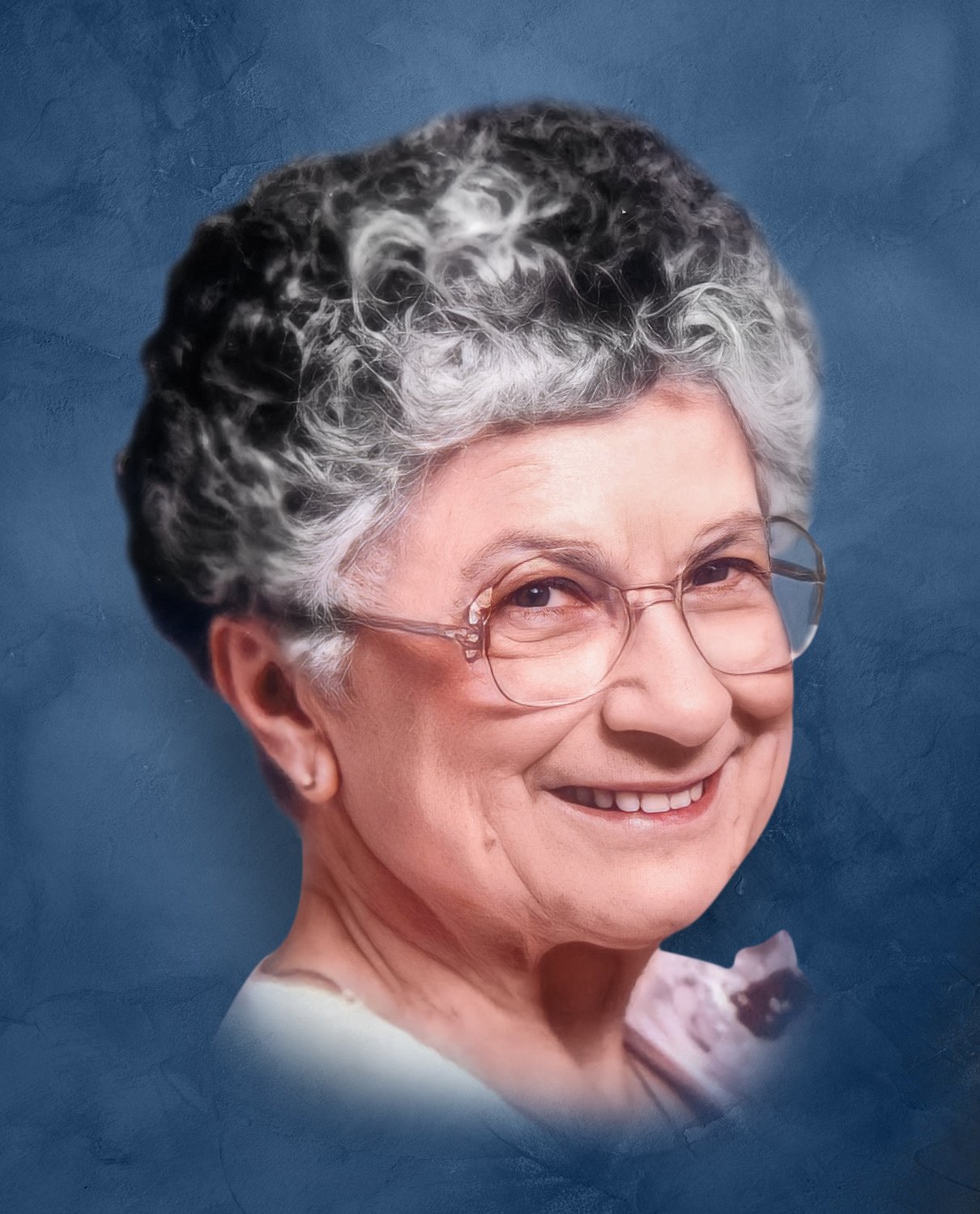 Beloved wife, mother, and granny, Alysandra “Alice” Horobec Drake Bezovie passed away peacefully in her sleep on January 24, 2022, at the age of 98. “Alice,” as she was known, was born April 28, 1923 in Mundare, Alberta, Canada to parents George Ivan and Marie Ropchan Horobec. Alice grew up on the family farm and boarded with a family in Andrew, Alberta to finish high school. She then moved to Edmonton, Alberta where she met Curtis Lee Drake who was serving in the United States Army Air Corp.  Alice and Curtis married on August 25, 1945, and Curtis brought his bride back to his home state of Texas. They lived in Gonzales and later built a house in Waelder for their growing family.

During their 44 years of marriage, Alice and Curtis celebrated the birth of their two daughters and son, Phyllis Marie, Lydia Lea, and Curtis Lee, Jr. Between raising three children and caring for Curtis during a lengthy illness, Alice worked for Miller’s Store and the City of Waelder for many years.

While visiting family in Alberta after Curtis’s passing and Alice’s retirement, Alice attended a school reunion and had a chance encounter with a school friend from Edmonton, George Bezovie. Both Alice and George had been widowed and found comfort in a long-distance friendship that resulted in marriage on May 23, 1992 in Edmonton, Alberta. Alice and George regularly traveled between their two homes in order to enjoy the best seasons Canada and Texas had to offer.

Alice’s life will be remembered with a funeral service and burial at Thompsonville Community Cemetery on Friday, January 28 at 11am. Pallbearers will be Steven Ondrias, Darren Drake, Weston Drake, Joseph Kapavik, Thomas Fino, Phillip Kapavik, Drake Kapavik, and Alan Walker.

Of the many wonderful nurses who are too numerous to name, the family would especially like to thank Connie Garcia for her loving care.

Friends may leave their condolences to the family by visiting www.seydlerhillfuneralhome.com.  Memorials may be sent to Thompsonville Community Cemetery. Services are under the care and direction of Seydler-Hill Funeral Home.