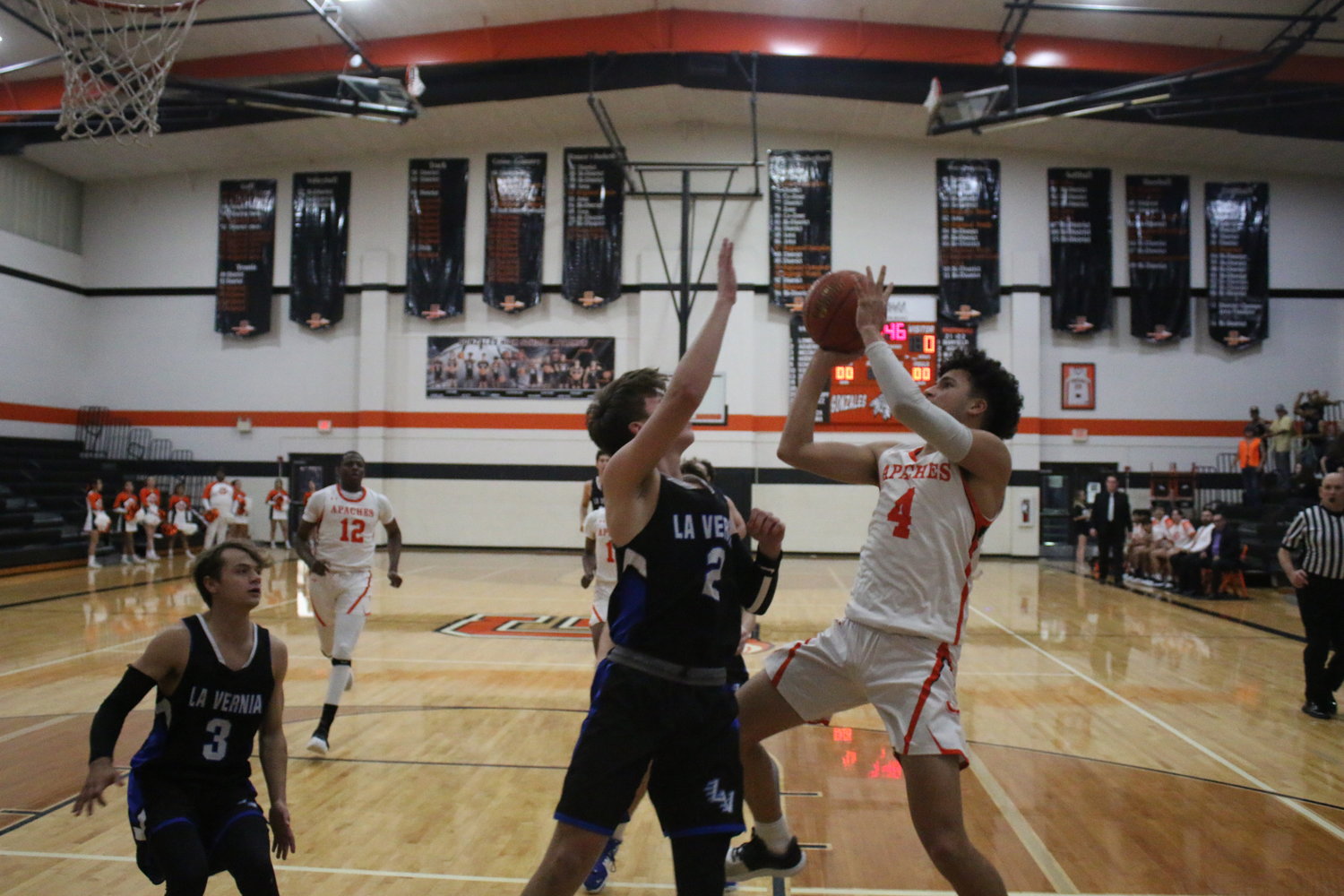 Angel Martinez goes up for a shot against La Vernia last week. Martinez scored 19 points against Navarro on Saturday as the Apaches won, 50-39.
Lew K. Cohn 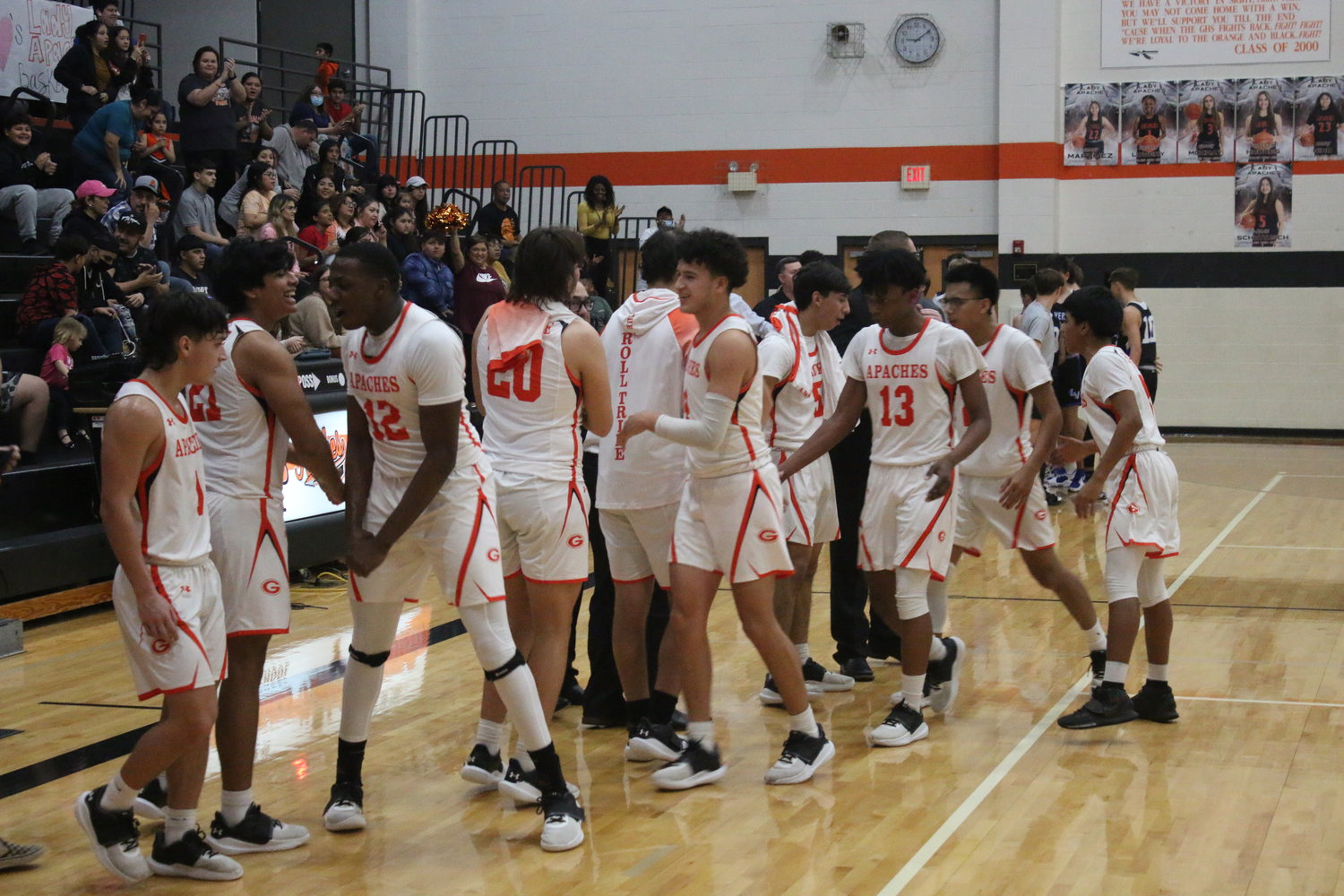 The Gonzales Apaches celebrate an 11-0 run against La Vernia during a recent game. The Apaches are on the brink of clinching a playoff spot.
Lew K. Cohn
Posted Monday, February 7, 2022 3:06 pm
From staff reports

The Gonzales Apaches broke open a close game in the third period and defeated the Navarro Panthers, 50-39, on the road for a very important District 27-4A win on Saturday, Feb. 5.

The game was moved from Friday to Saturday due to inclement weather. Having an extra day of rest didn’t hurt the Apaches, who improved to 16-6 overall and 3-3 in district play, putting them into sole possession of third place with two games to play.

Gonzales started off the game with an 8-5 lead and went into the locker room up by four at 16-12 at the half. In the third quarter, the Apaches outscored the Panthers, 21-15, to make it a 10-point lead they would not relinquish. Gonzales also outscored Navarro, 13-12, in the final frame.

The top scorer for Gonzales was guard Angel Martinez, who poured in 19 points with 8 rebounds and 4 assists. Meanwhile, fellow guard Xavier Aguayo scored 17 points and added five assists and five rebounds, while big man Jeremiah Hastings put up a double-double with 11 points and 13 boards.

The Apaches were scheduled to take on district leader Pleasanton, which has an eight-game win streak, at home Tuesday, Feb. 8. They have a bye on Friday, Feb. 11, and then play fourth-place Cuero at home for senior night on Tuesday, Feb. 15. One win by the Apaches or one loss by Cuero, who also plays Pleasanton on Feb. 8, will clinch third and a playoff spot for Gonzales.

If Gonzales wins out and La Vernia loses at Pleasanton on Feb. 15, the Apaches and Bears would be tied for second-place and the district could hold a single-elimination game late next week to determine playoff seeding.