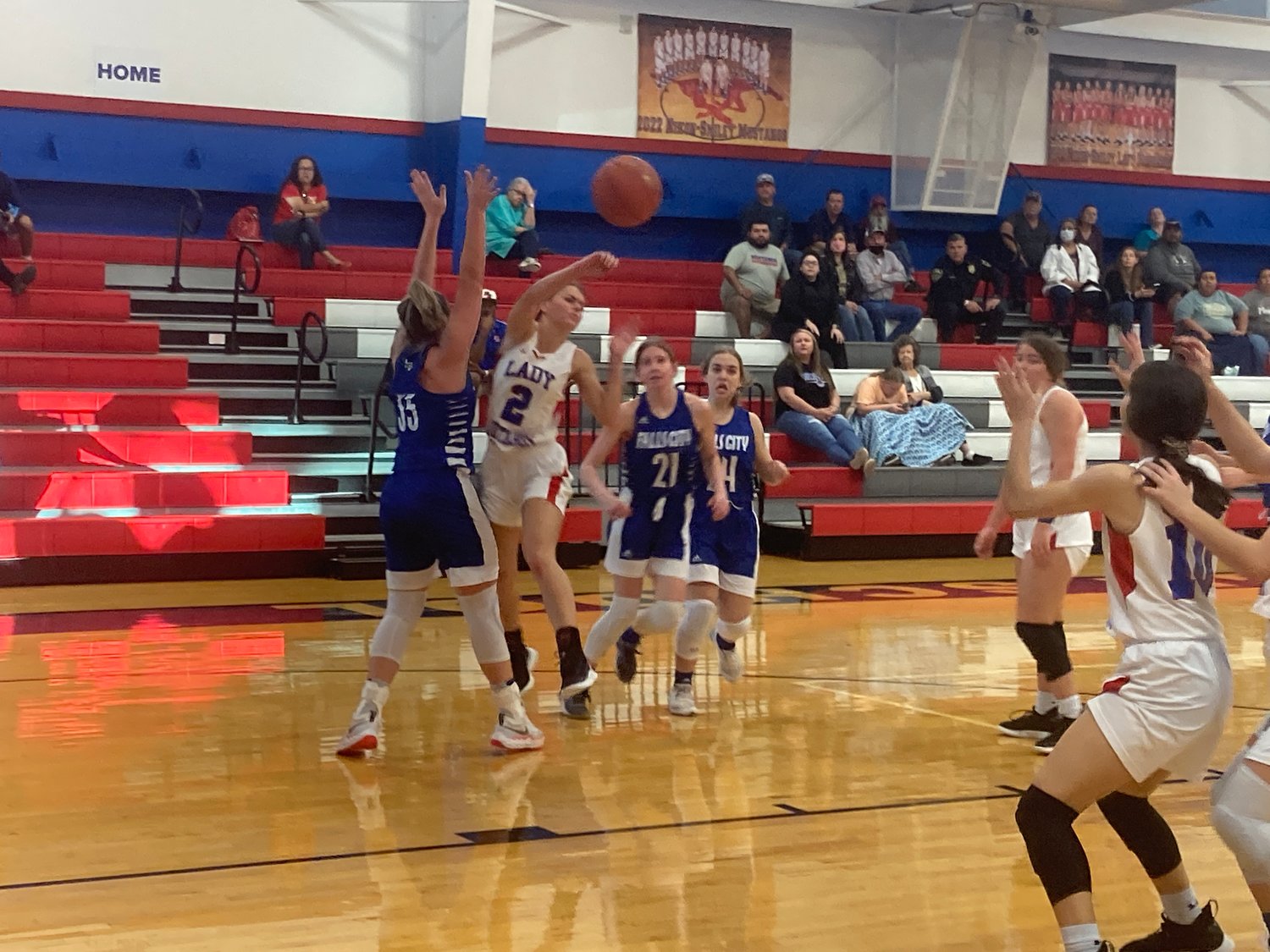 CROSS-COURT – Greenlee Houseton (2) whips a pass over to Ariel Villanueva (10) as time expires in the first half of Tuesday’s game against Falls City. Houseton scored 13 points on Senior Day in a 36-34 win over Marion on Saturday, Feb. 5.
Louis Decker 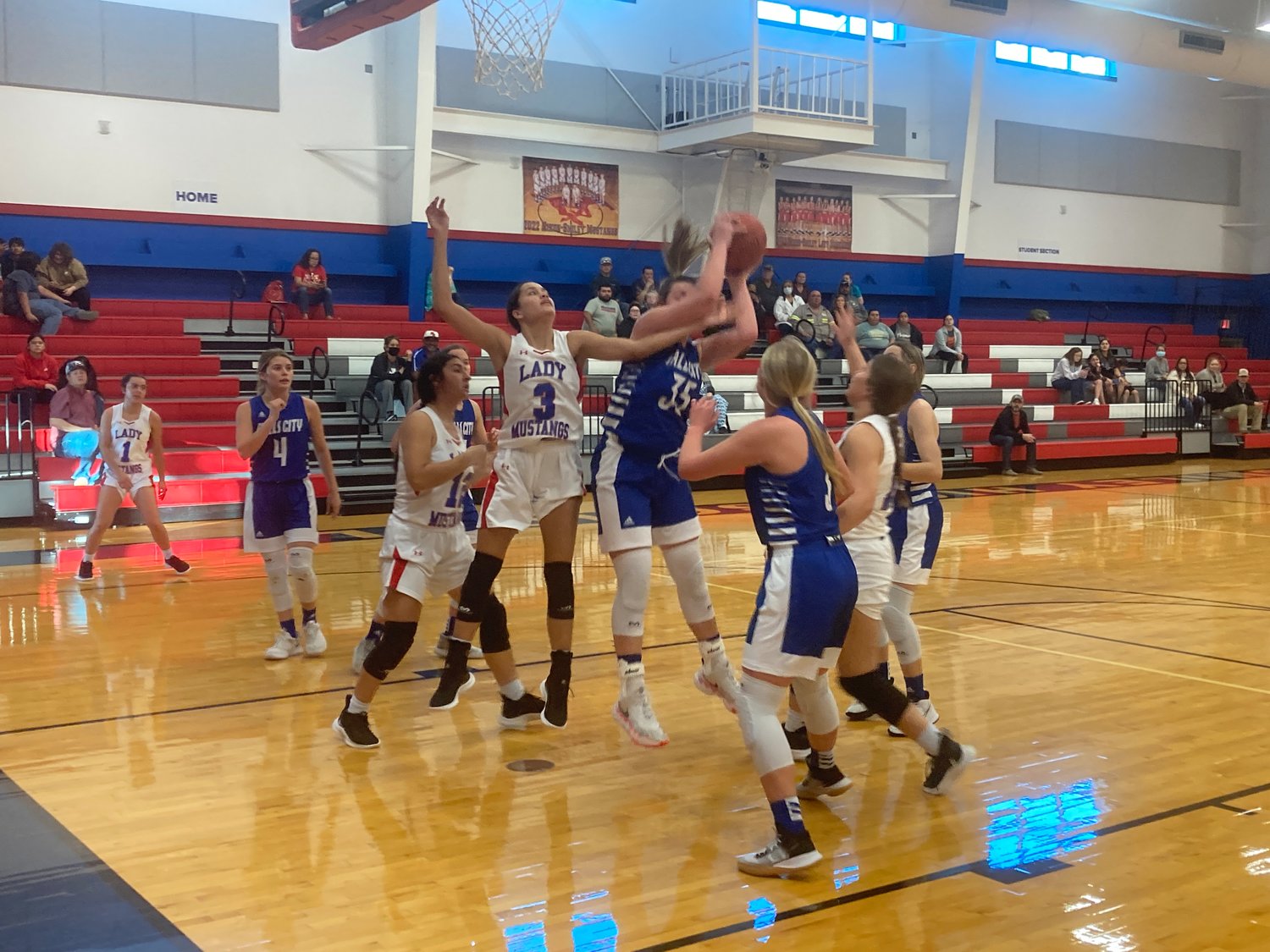 The Nixon-Smiley Lady Mustangs won at home against the Marion Lady Bulldogs on Senior Day on Saturday, Feb. 5, with a 36-34 win.

Senior Greenlee Houseton made the most of her final home game wearing the red, white and blue. She scored 13 points to lead the team and added five rebounds and three steals. Junior Madisyne Rice scored six points (all on three-pointers) while junior Mady Velasquez had five points, five assists and four steals.

The victory (the second by Coach Jordan Estrada against her alma mater) puts Nixon-Smiley alone in second place in District 26-3A with one game to play. If the Lady Mustangs can get payback and beat the Lady Ro-Hawks of Randolph on the road Tuesday, Feb. 8, they will be district runners-up and play the third-place team in District 25-3A, which is currently Comfort.

If Nixon-Smiley loses their contest against Randolph, it could set up a possible single-elimination game between the Lady Mustangs and Lady Bulldogs to settle second place for the district as the two teams would have identical 6-4 marks in league play.