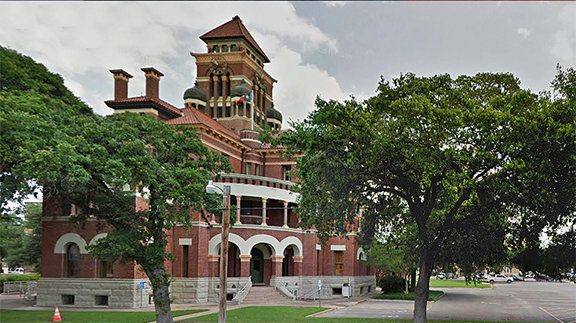 Maintenance of digital systems were the focus of two items on the agenda for the Gonzales County Commissioners Court’s Monday, Jan. 11 meeting.

The Commissioners approved the county’s license renewal with Tyler Technologies, which is the county’s accounting software provider, and discussed changing the courthouse’s law library subscription from Westlaw to LexisNexis.

County Judge Patrick C. Davis said the courthouse has not been able to access Westlaw in two years, with repeated efforts to contact Westlaw to change the county access code ineffective. County Attorney Paul Watkins said his office has already been using LexisNexis as its law library during that time and that Westlaw was a holdover from previous Judge David Bird, a point which Judge Davis mentioned when he spoke of wanting to have both offices using the same systems. With concerns of breaking a three-year subscription contract with the company expressed by Precinct 2 Commissioner Donnie Brzozowski, Commissioners granted Judge Davis the authority to explore what would be necessary to discontinue the courthouse’s subscription and have another company facilitate a digital law library.

Oaths and bond issued to elected officials, as well as deputations for the Offices of Sheriff and County Clerk were approved, and Dennis Jahns was added as a reserve Deputy for Constable Precinct 1, in a non-paid reserve position. In a letter asking Commissioners that Jahns be added to his staff, P1 Constable Johnnie Hall wrote that Jahns would be a “great asset to his office.”

“Dennis would be a great asset to my office with over sixteen years’ experience with the Gonzales County Sheriff’s Office,” Hall wrote. “He began working for the GCSO as a patrol deputy and worked his way up to the rank of Captain providing oversight for the patrol and criminal investigations divisions. Approving this request will assist me in providing Gonzales County an upgraded level of service to the community.”

Commissioners also voted to continue keeping Allison, Bass and Magee, LLP to assist the county in writing a resolution to establish a reinvestment zone in the county, keeping with guidelines and criteria for solar projects with Apex and Duke. The future project discussed by Commissioners would be located in northern Gonzales County, and is expected to bring temporary jobs to the area during construction.