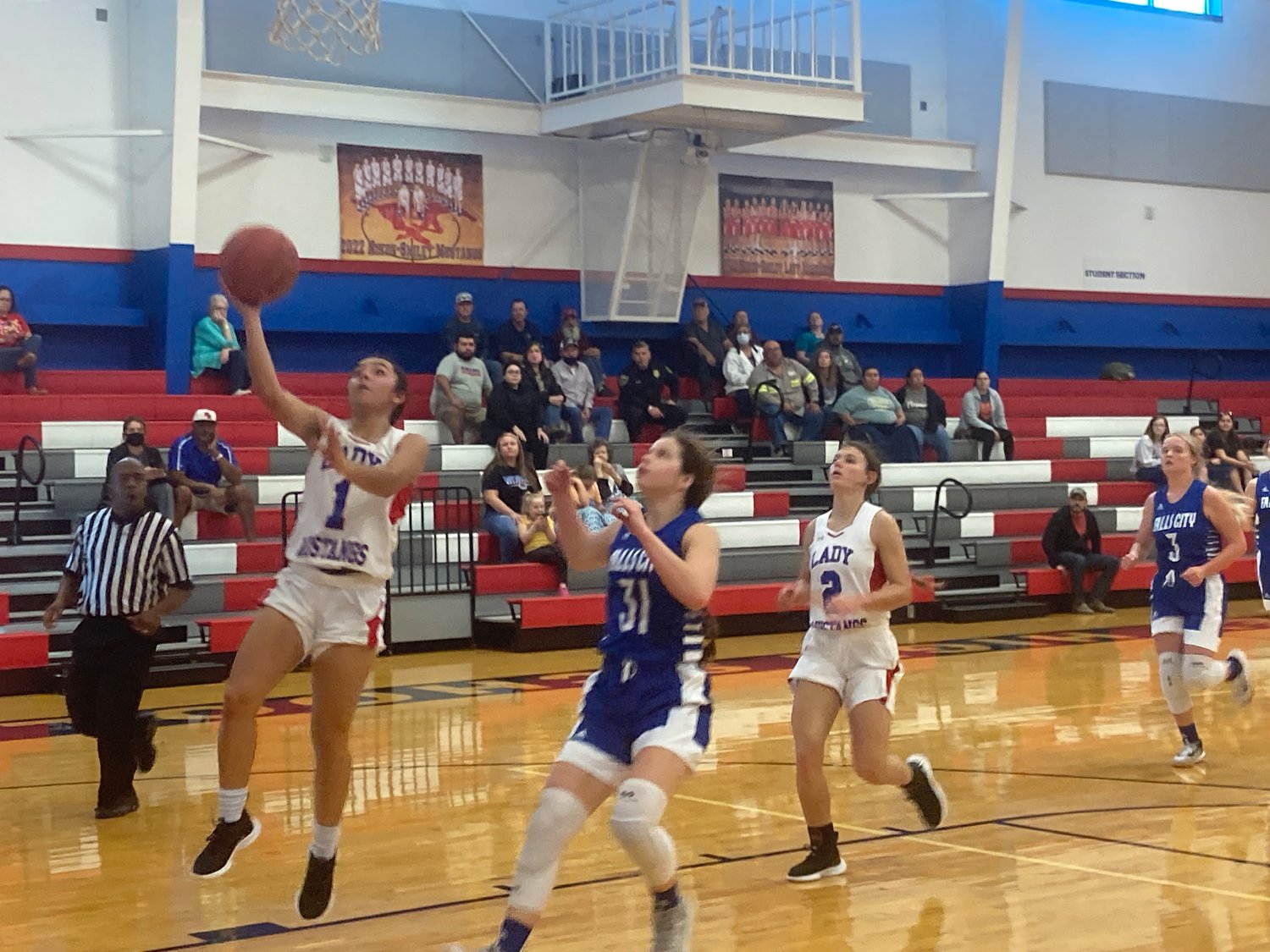 UP AND IN – Mady Velasquez (1) lays it up for two of her 11 points against Falls City.
Louis Decker
Posted Thursday, February 3, 2022 3:00 pm
By LOUIS DECKER, Gonzales Inquirer

The name on the jerseys was Falls City, but it just as easily could’ve been TALLS City, as the Lady Beavers used their size and strength to muscle past the Lady Mustangs, 56-44, in a non-district contest Tuesday night at Mustang Gym.

The win by Falls City avenged an earlier loss in the season to the Lady Mustangs.

Falls City jumped out to a quick 5-0 lead before Nixon-Smiley finally got on the board with a pair of free throws, from their the Lady Beavers outpointed the Lady Mustangs, 10-6, to hold a 15-8 lead at the end of the first quarter.

The second quarter saw the Lady Mustangs respond on the defensive end with several key steals, leading to fast-break points, but Falls City still dominated the rebounding game, giving the Lady Mustangs only one shot at the basket when they were able to get off a shot. At the half, the Lady Beavers held a 27-16 lead.

Nixon-Smiley found the scoring a little easier in the second half, as they put 28 points on the board, but Falls City was able to tally 29 second half points for the 12-point victory.

Kendall Amaya led the way in scoring with 15 points, shooting 50% from the field, including 4 treys. Mady Velasquez was also in double figures with 11 points. The Lady Mustangs also got contributions from Greenlee Houseton (8), Abby Fox (4), Madisyne Rice (4), and Natalee Mendez (2).

The loss drops Nixon-Smiley to 16-15 on the season. They remain in fourth place in District 26-3A with a 5-3 record. The Lady Mustangs return to district action on Friday night, as they host the Marion Bulldogs. Nixon-Smiley won their first meeting, 50-48, in Marion on Jan. 11.