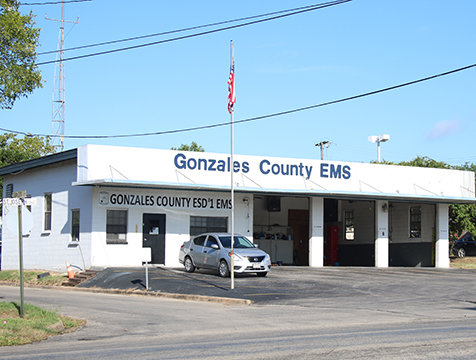 A new Commissioner has been suggested by current Gonzales Emergency Services District No. 1 to fill a vacant seat on the board.

Commissioners suggested at the board's Nov. 19 meeting that Tony Stone, an Assistant Safety Manager for Holmes Foods from Nixon, might be a good fit for the board. Board Secretary Linda Carter, of Texas Benefits Solutions, said the board Commissioners were looking for county-wide representation, not just people who live in the City of Gonzales.

“That was one of our goals is to try to get people throughout the community, not everybody just located in good solid city. Because we want to be able to get the input from the outlying community.”

This recommendation will be made to County Judge Patrick C. Davis and the County Commissioners, being the county’s regulatory body.

October financials were also discussed at the meeting. Carter said collections were higher than projected, at $100,509.58.

Emergency Medical Services responded to 248 alarms and 145 emergency call transports for the month of October, with 79% of transports directed to Gonzales Memorial Hospital. 115 emergency patients countywide were transferred to Gonzales Memorial Hospital with 31 out-of-county transfers, which Carter said is an increase over the last two months. The EMS-EDS reported 60 refusals, or 24% of calls, which is down from 28.5% last month.

The district received $57,077.79 from the Gonzales Health Foundation, which was used to purchase life-saving tools commonly known as Jaws of Life, as well as an updated training dummy. Carter said funding has also been budgeted for capital improvements to the Gonzales station, such as replacement of the mattresses, which she said are in rough shape.

“We need to improve our living quarters,” Carter said. “They're there 48 hours, so you need to have some good spaces to rest in.”

Carter said the EMS-ESD has also begun working on a proposal for a retirement plan for EMS staff, which they currently do not have.