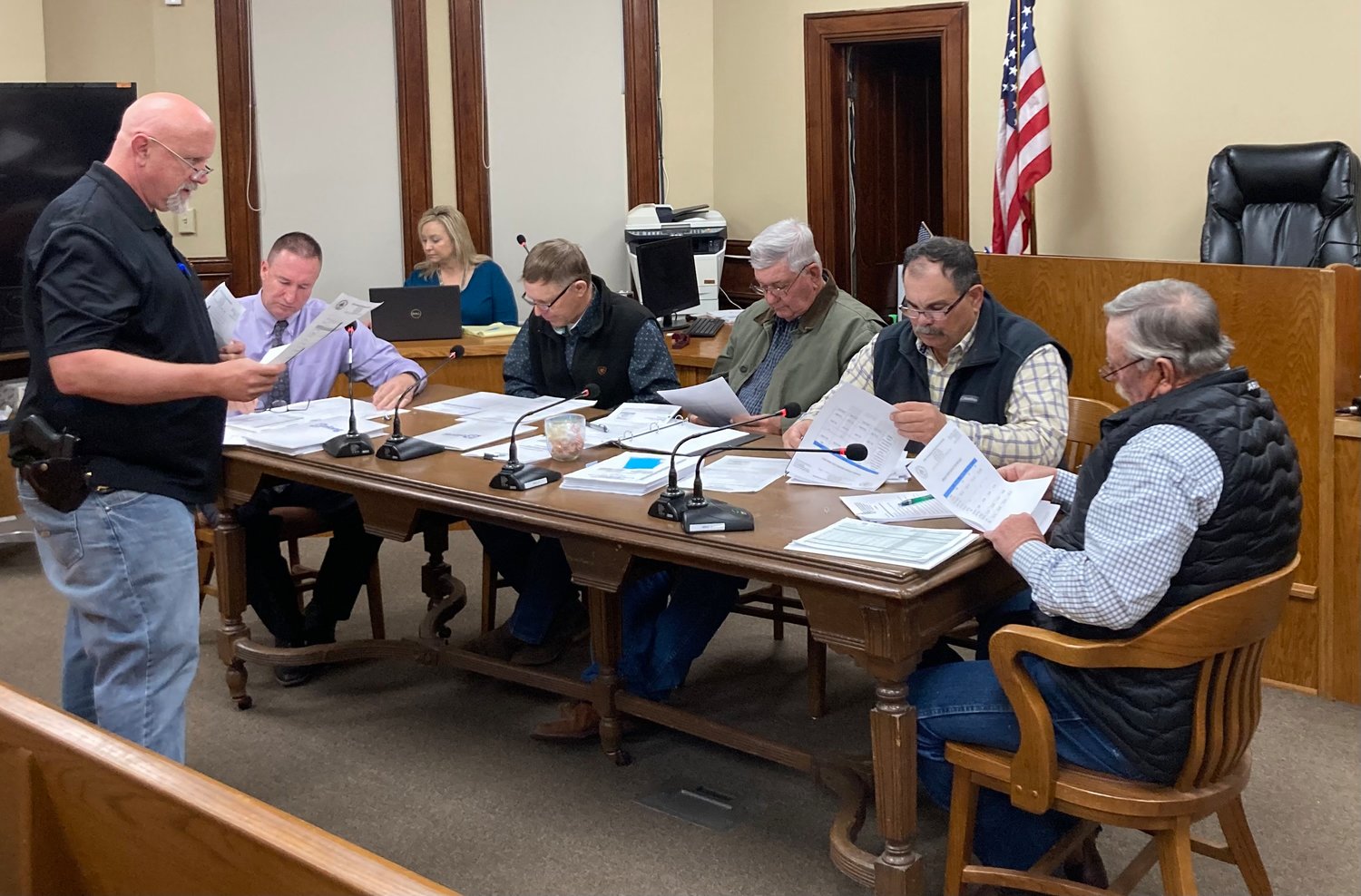 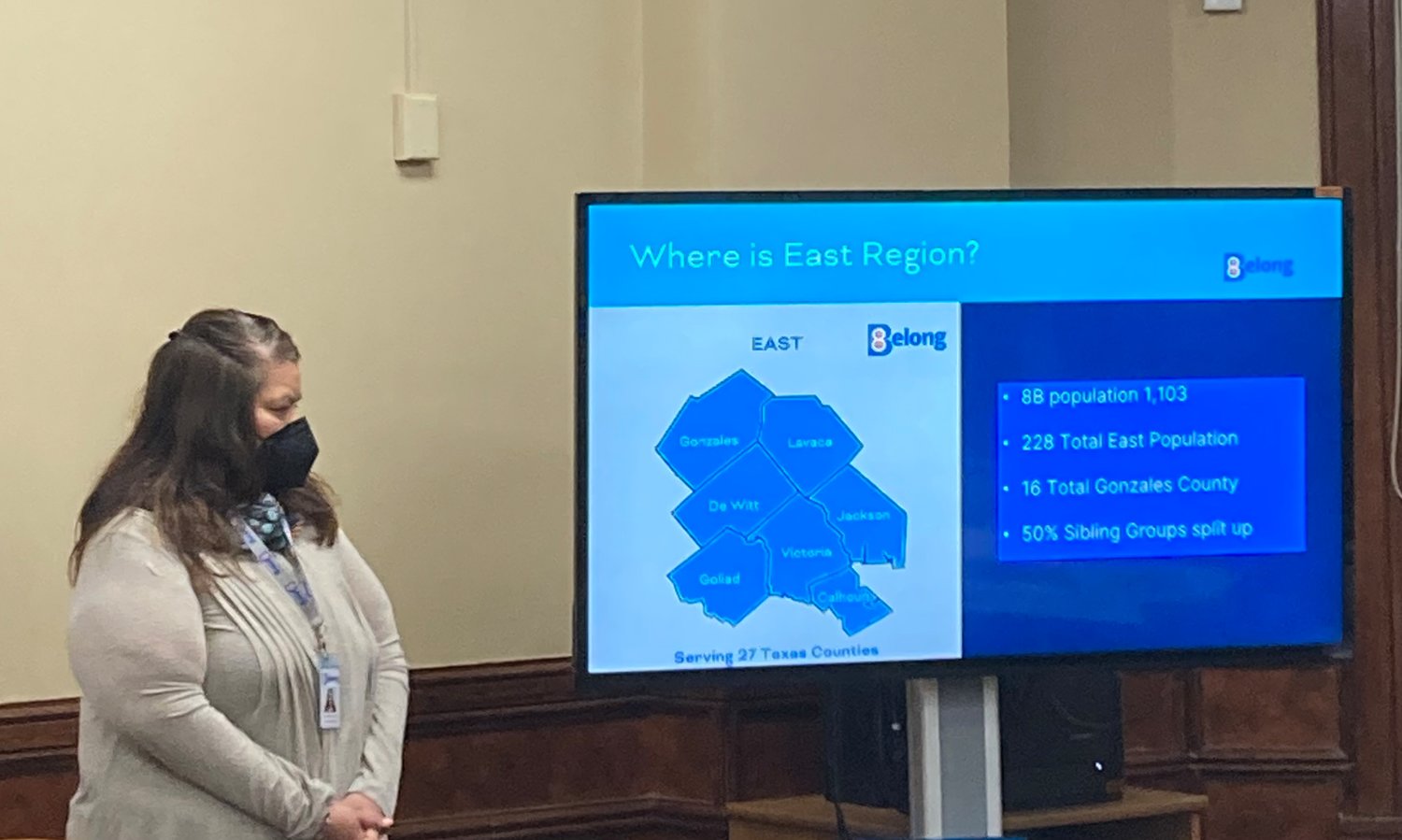 East Region Community Liaison Nicole Nguyen participates in a presentation to commissioners regarding changes in the management of foster care.
Liz Adams
Posted Thursday, January 27, 2022 10:43 am
By LIZ ADAMS, The Inquirer

Gonzales County Emergency Management Coordinator Jimmy Harless spoke to commissioners during open comments regarding a request for assistance from Gonzales Memorial hospital. He said the emergency room had been overwhelmed with patients who came in to test for COVID-19 of patients.

“We put in a request to the state and received a Texas military team out of the Houston region that came in. We tested in the Thrive Healthplex parking lot Monday, Tuesday, Wednesday and Friday of las week and we moved that same team from that location to the Waelder Gymnasium parking lot last weekend, Saturday and Sunday. We have another Texas military team out of San Antonio coming in. Saturday and Sunday we’ll be back out at the Thrive Healthplex parking lot with the same setup there. We’ll be going to Nixon the following Monday,” said Harless.

At these testing sites, 1266 tests were administered. Of those, 379 were positive, while 887 were negative. That positivity rate of 29.93% is similar to the statewide rate.

“That’s pretty high,” Harless explained, though he expressed hope that the virus has reached its peak and told the court he would be working to encourage Gonzales County residents to avoid going to the emergency room for testing alone.

The commissioners approved the minutes of the previous meeting, held Jan. 10. The tax assessor-collector’s report and the auditor’s monthly reports for November and December were approved.

A Burn ban was put in place starting Jan. 24.

The court heard a presentation regarding changes in the management of foster care from East Region Community Liaison Nicole Nguyen and Cynthia Ramirez, representing a division of SJRC Texas called Belong.

Commissioners accepted the presentation of the 2021 activity report from the Office of Emergency Management & Permits.

Commissioners voted to table any action on a contract between Gonzales County and Motorola Solutions, Inc. in the amount of $557,371.41for Smiley Radio Communications Tower Project as part of the GLO-CDBG-DR grant #20-065-047-C139-Gonzales County Infrastructure Improvements.