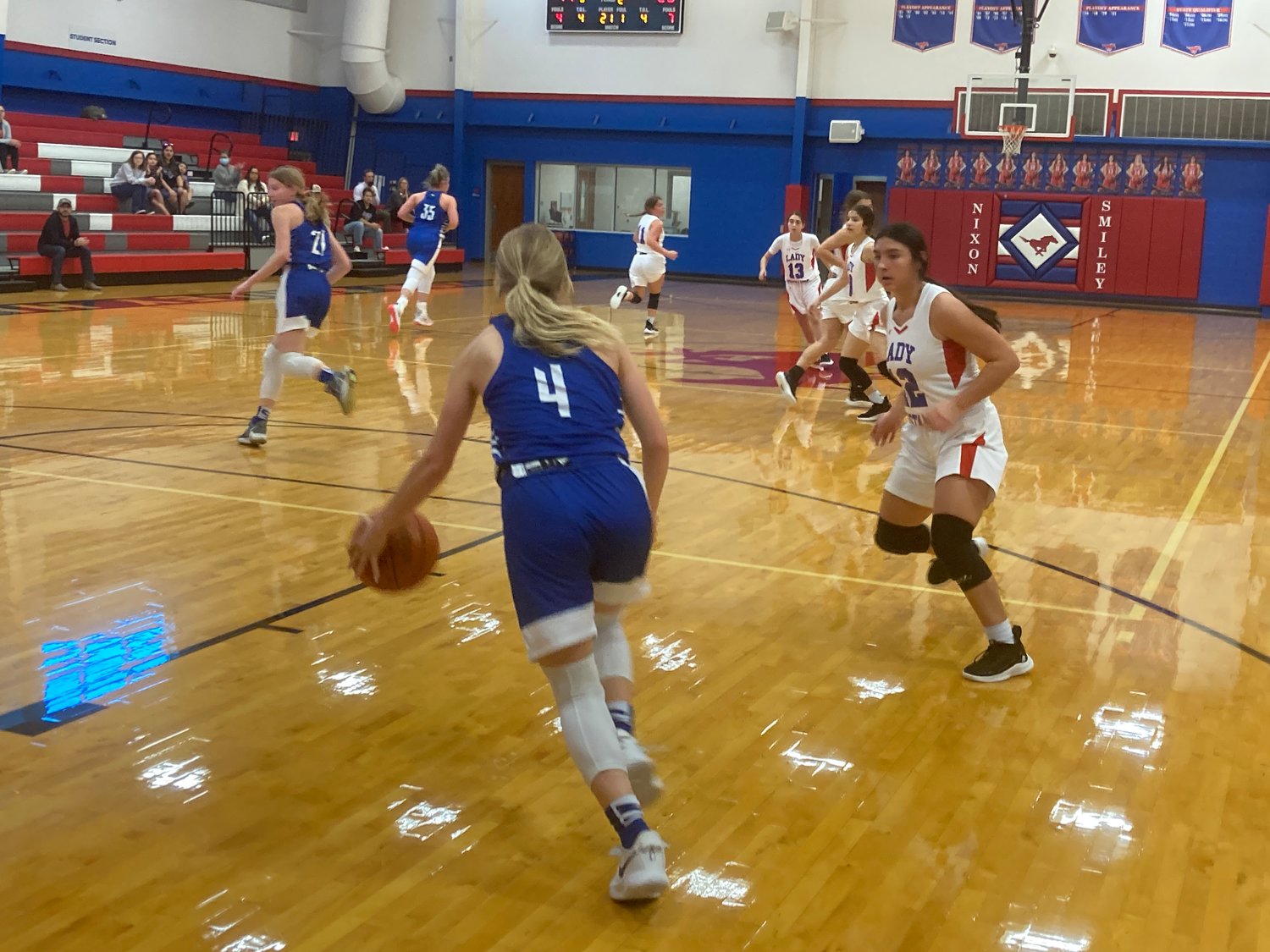 DEFENSE – Kendall Amaya (12) picks up the full-court press on Falls City. The Lady Mustangs defense played a big part in their 55-46 win over Marion on Thursday, Feb. 10, as well.
Louis Decker 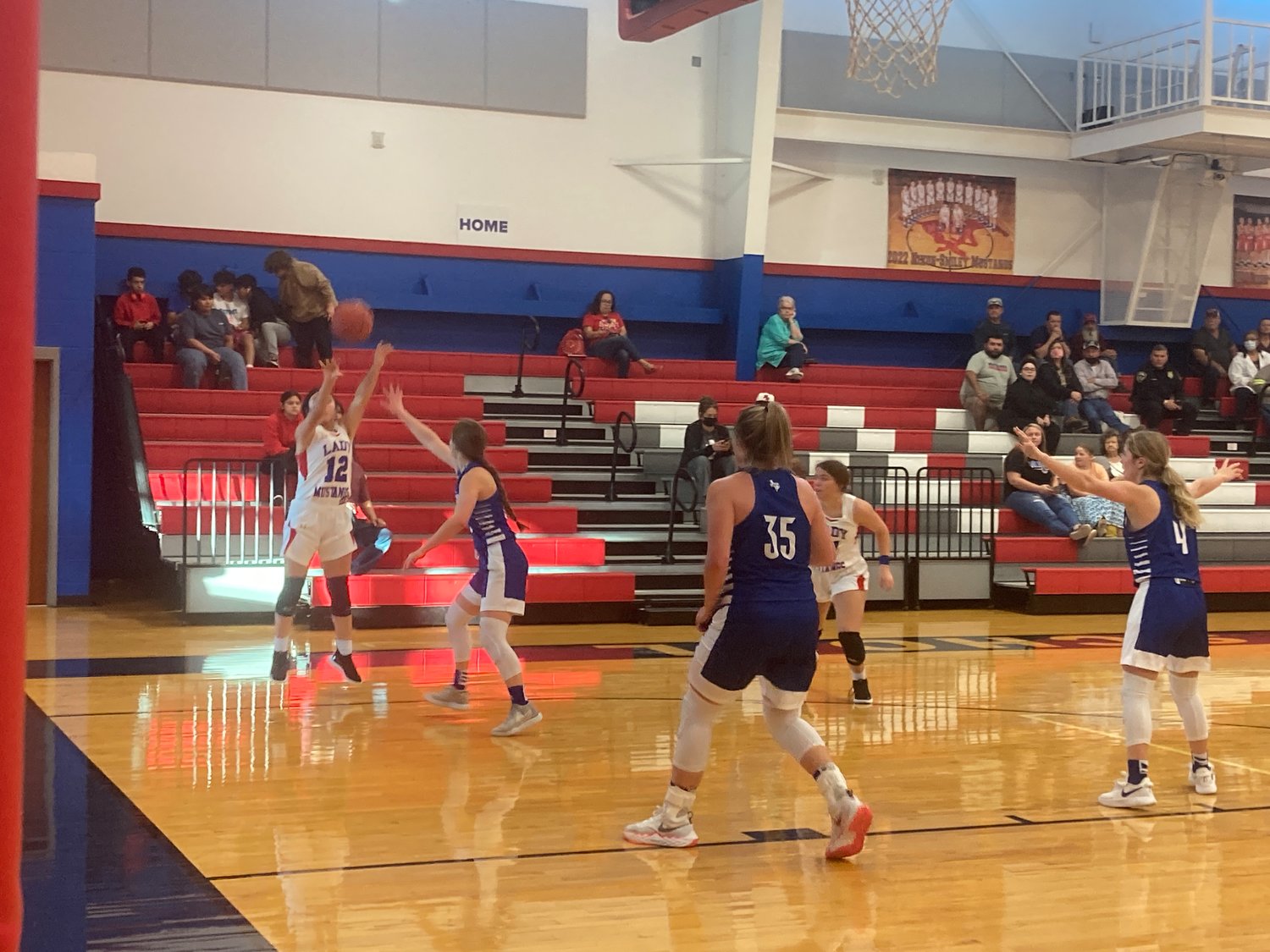 BOMBS AWAY – Kendall Amaya launches from long-range in a game against Falls City. Amaya scored 12 against Marion in a playoff tiebreaker Thursday, Feb. 10, in Stockdale.
Louis Decker
Posted Friday, February 11, 2022 8:48 am
From staff reports

The Nixon-Smiley Lady Mustangs beat the Marion Lady Bulldogs for the third time this season Thursday, Feb. 10, setting up a rematch with Randolph on Friday for second place in district.

Because all three teams ended up tied with identical 6-4 district records, District 26-3A scheduled a tiebreaker tournament at Stockdale for Feb. 10-11. Randolph received a bye due to a coin flip, so Nixon-Smiley faced Marion on Thursday and brought home a 55-46 victory with a great pro-Mustang crowd in attendance.