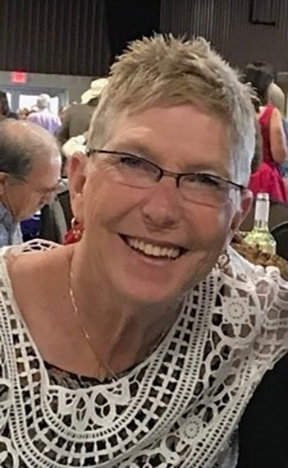 She worked as an emergency dispatcher for the Gonzales County Sheriff’s Office prior to moving to the Hill Country. There she worked as a bookkeeper/office manager for various businesses, and for several years she managed a gun shop in Kerrville, TX.

Afterwards, she became a flight attendant for Southwest Airlines. Following Glenna Ruth’s death in 2006, she returned to help manage Sandy Fork Creek Ranch along with her sister, Valorie Howell Elkin.

Lisa was an avid golfer who also loved dancing as well as teaching dance. She was involved in competitive shooting sports throughout her life.

Lisa was a member of the Elks Lodge #2413 where she was a member and trustee for the Lodge as well as their “unofficial greeter.”  She also belonged to the Sons of Hermann, the Independent Cattlemen’s Association, and the Texas and Southwest Cattle Raisers Association.

The family will receive visitors Friday, June 18, 2021 from 10 to 11 a.m. at Seydler-Hill Funeral Home in Gonzales, TX. A private graveside service will follow. The family would like to invite friends to join them at the Elks Lodge from 5 to 8 p.m. to celebrate Lisa’s life. A covered dish or potluck dishes are welcome.

The family has requested that in lieu of flowers, memorial contributions may be made to the Elks Lodge #2413 Memorial Fund: PO Box 762, Gonzales, TX 78629 or a charity of your choice.

Condolences may be made by visiting www.seydlerhillfuneralhome.com. Services are under the care and direction of Seydler-Hill Funeral Home.