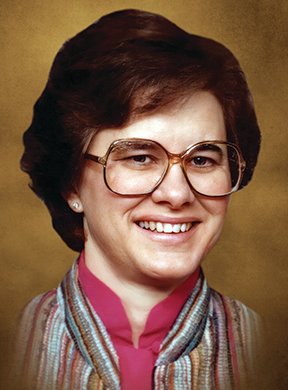 Mary Lena Ehrig Kosser went to be with her Lord on Friday, Jan. 22, 2021, in her hometown, Gonzales, Texas. She was born on March 7, 1945 in Gonzales to Bert O. Ehrig, Sr. and Gerda Tieken Ehrig. She married Michael Lynn Kosser on May 27, 1969 in the First United Methodist Church of Gonzales.

Mary Lena grew up a country girl. Her parents and grandparents lived on the same piece of property and a strong work ethic was established for all of those in the family. It was during her young years that her grandfather gave her the nickname, Moppie. A cow was milked twice a day every day, and a huge garden was planted each spring and fall. Mary Lena would share fond memories of cotton-picking days in the hot sun with her cousins, brothers, and sister. Corn, beans, cucumbers, potatoes, squash, okra, tomatoes and much more were harvested, canned or frozen, and enjoyed all year long. Everyone in the family had a hand in this process.

Mary Lena was a good student in Gonzales ISD and popular with her friends. She was an Apache cheerleader in high school and chosen as class favorite. She has numerous cousins, who will remember fondly about weekends at their grandparents and baseball games and mischief, where all were participants. One cousin remembers she and Moppie swimming in a green, slimy water trough on a very hot, Texas, summer day!! And the two of them swinging on a grapevine across a small creek, and then climbing a tree to participate in “girl talk.” Such were the simple joys of growing up in a carefree time in rural Texas. The family was close and played hard and worked harder.

Mary Lena went on to Southwest Texas State University (now called Texas State University) and studied education. She also became a member of the Strutters for two of those years. After college, she joined the teaching ranks, with her first job in Gonzales Junior High teaching P.E. She spent most of the rest of adult life-giving lessons and love to her students.

Mary Lena was a devout Christian and was very loving and kind. She also loved antiques, and anyone in the family would smile to think of the way she decorated her home with all that she loved. There was not an empty space along any wall in her house. However, there was also not a speck of dust anywhere, ever.

Mary Lena Ehrig Kosser was preceded in death by her parents; her husband: Mike Kosser; her brother: Larry Ehrig; and two brothers-in-law: Charles and Tommy Kosser.

Due to current CDC, State and local mandates, protective measures regarding social distancing, limited attendance capacity and the use of personal protective masks will be required for the graveside burial rite. Services are under the care and direction of Seydler-Hill Funeral Home, 906 St. Paul St., Gonzales, Texas 78629.