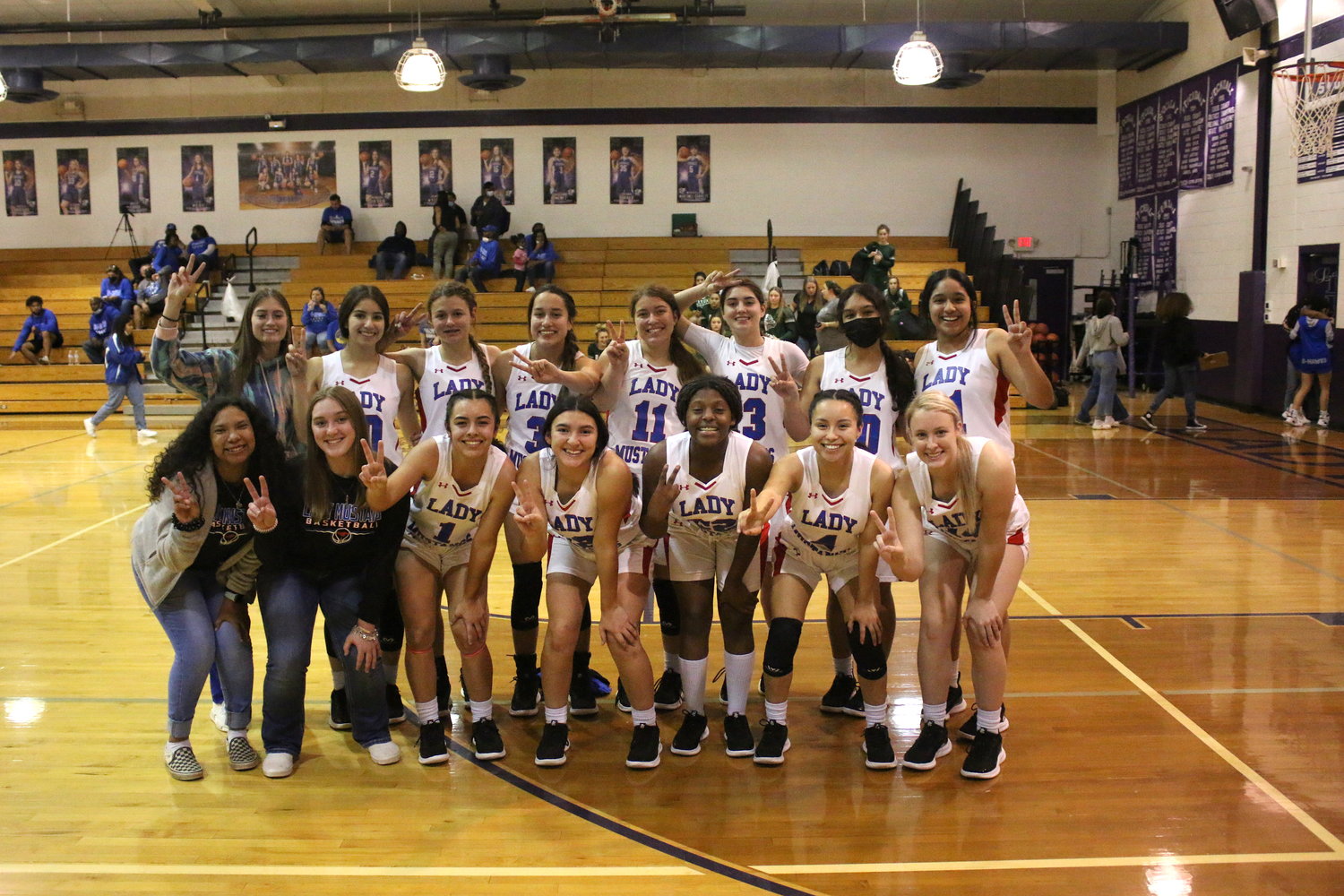 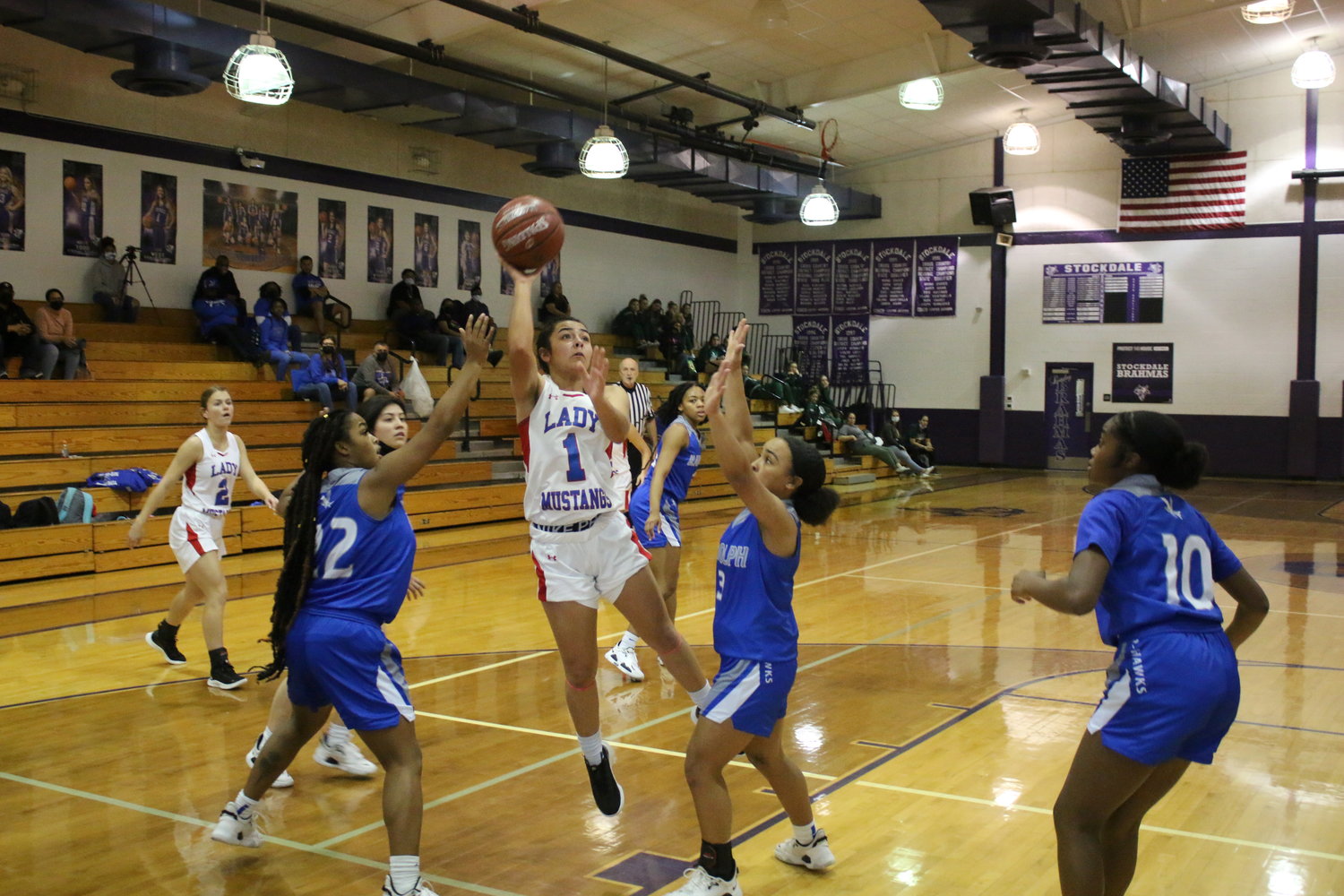 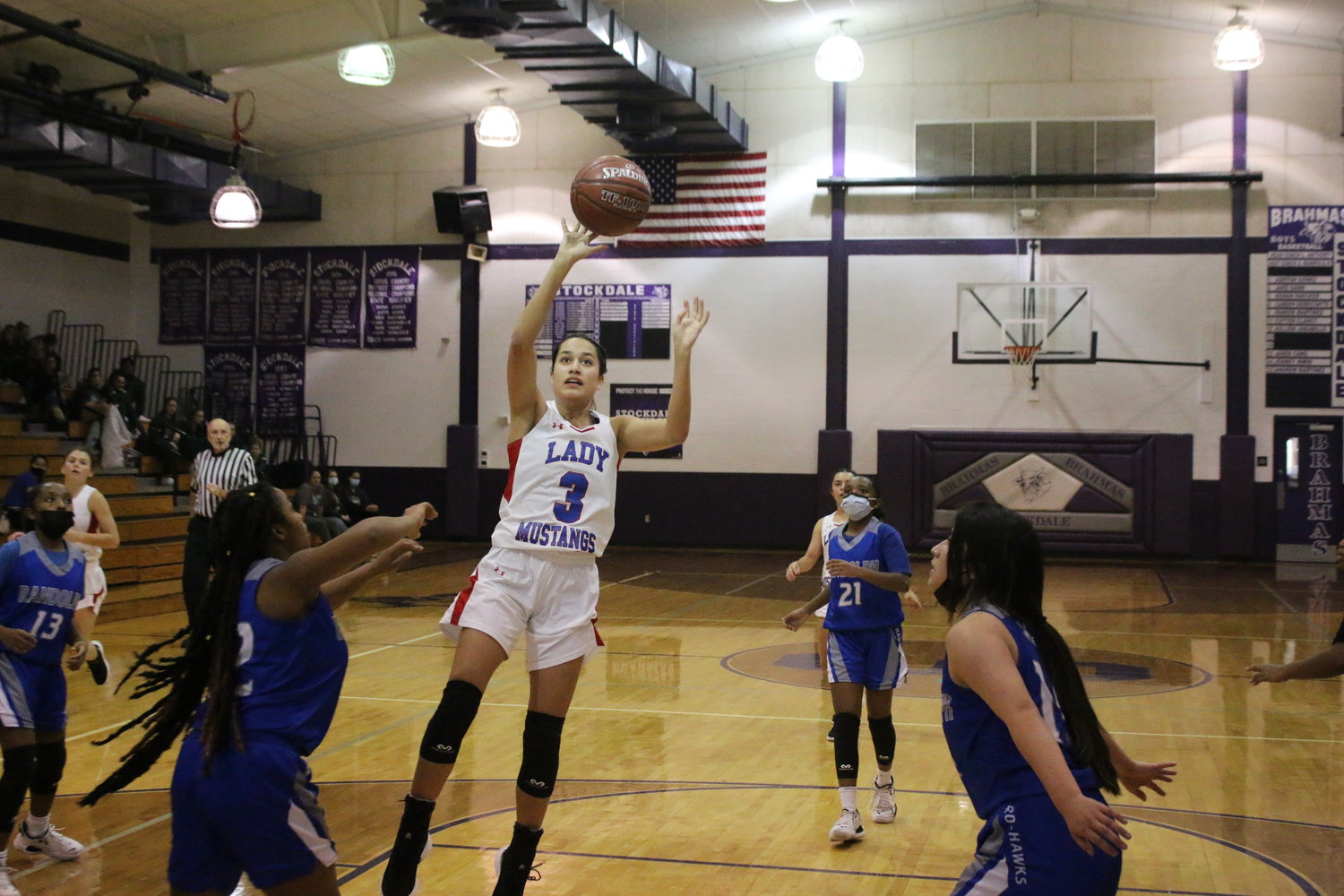 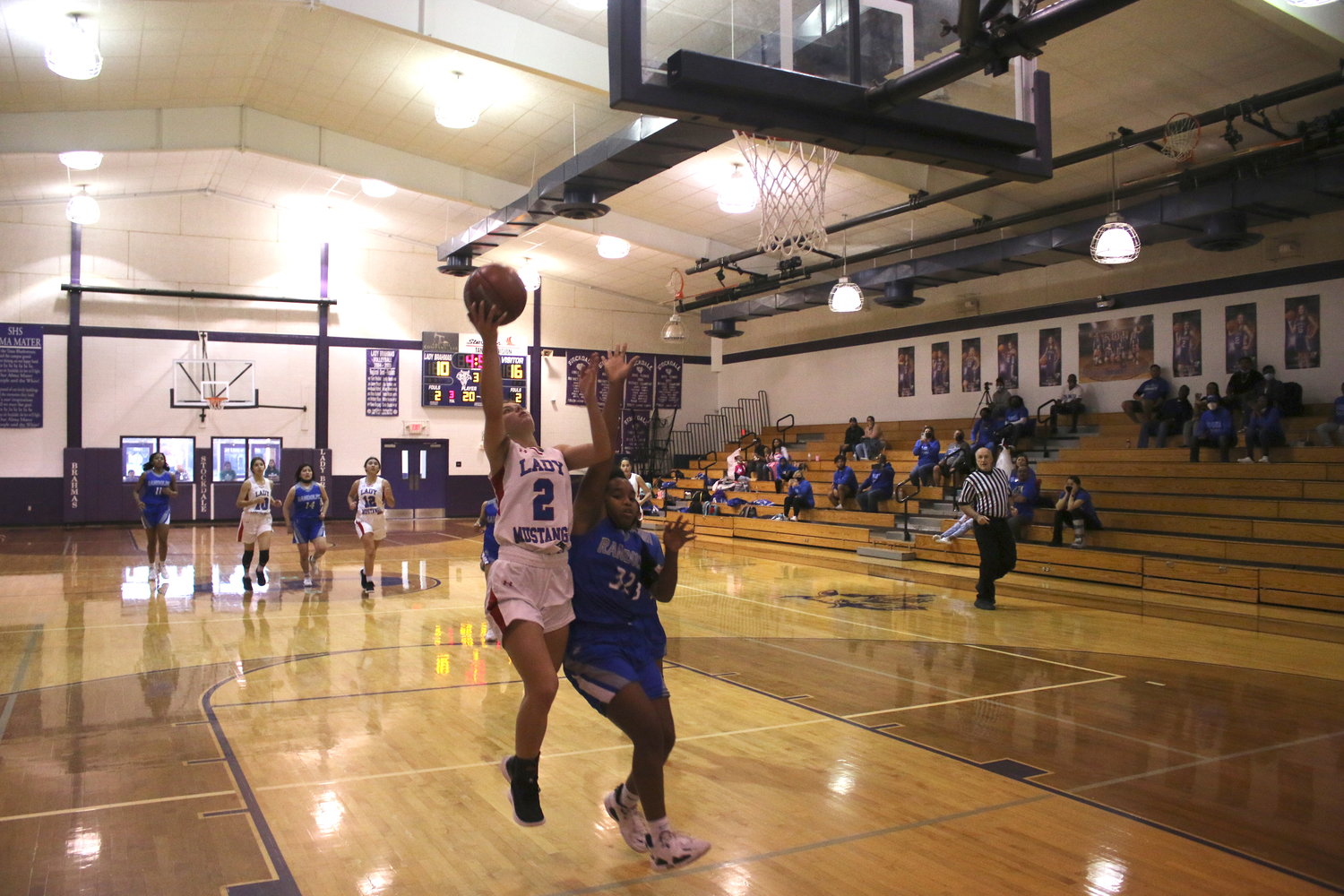 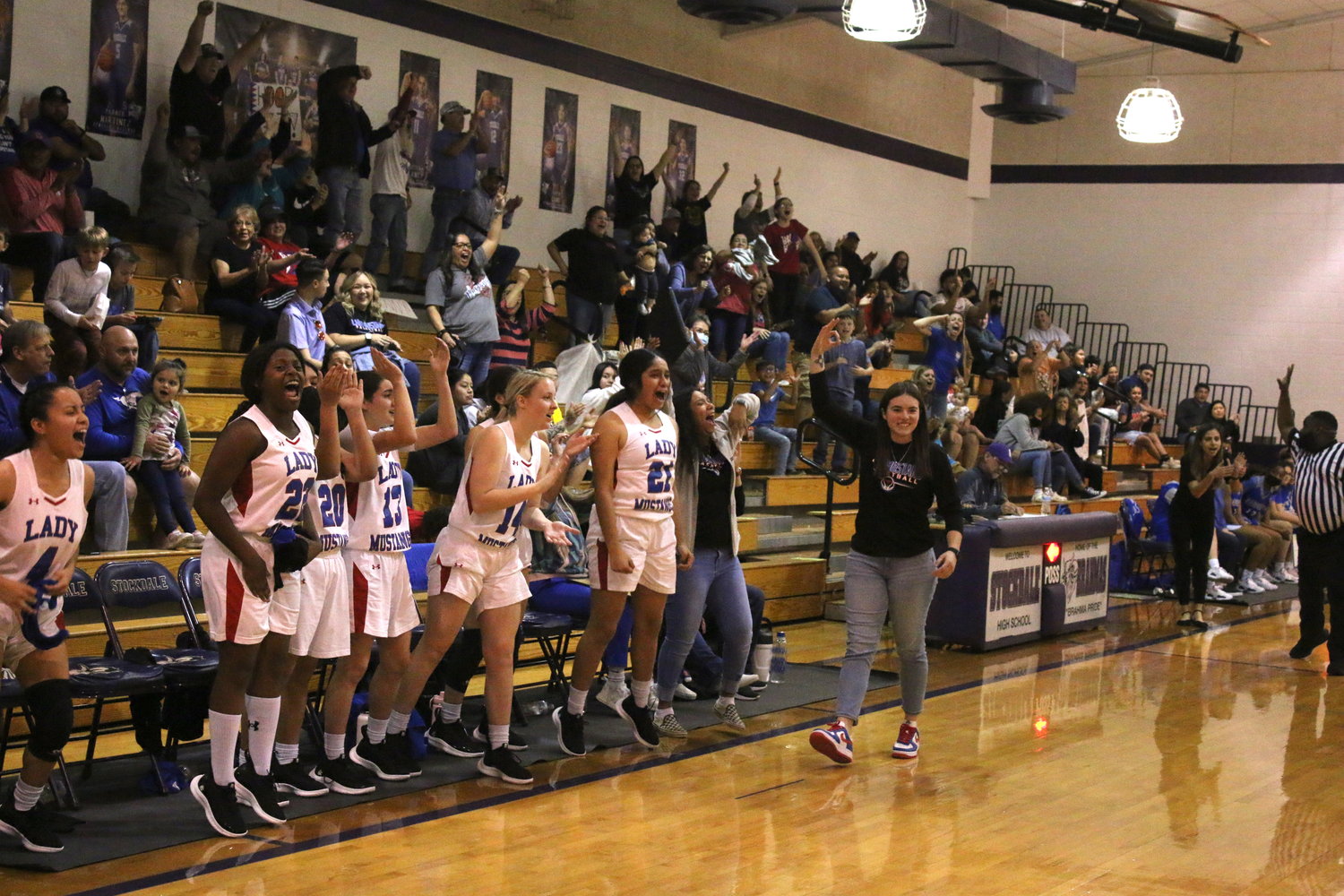 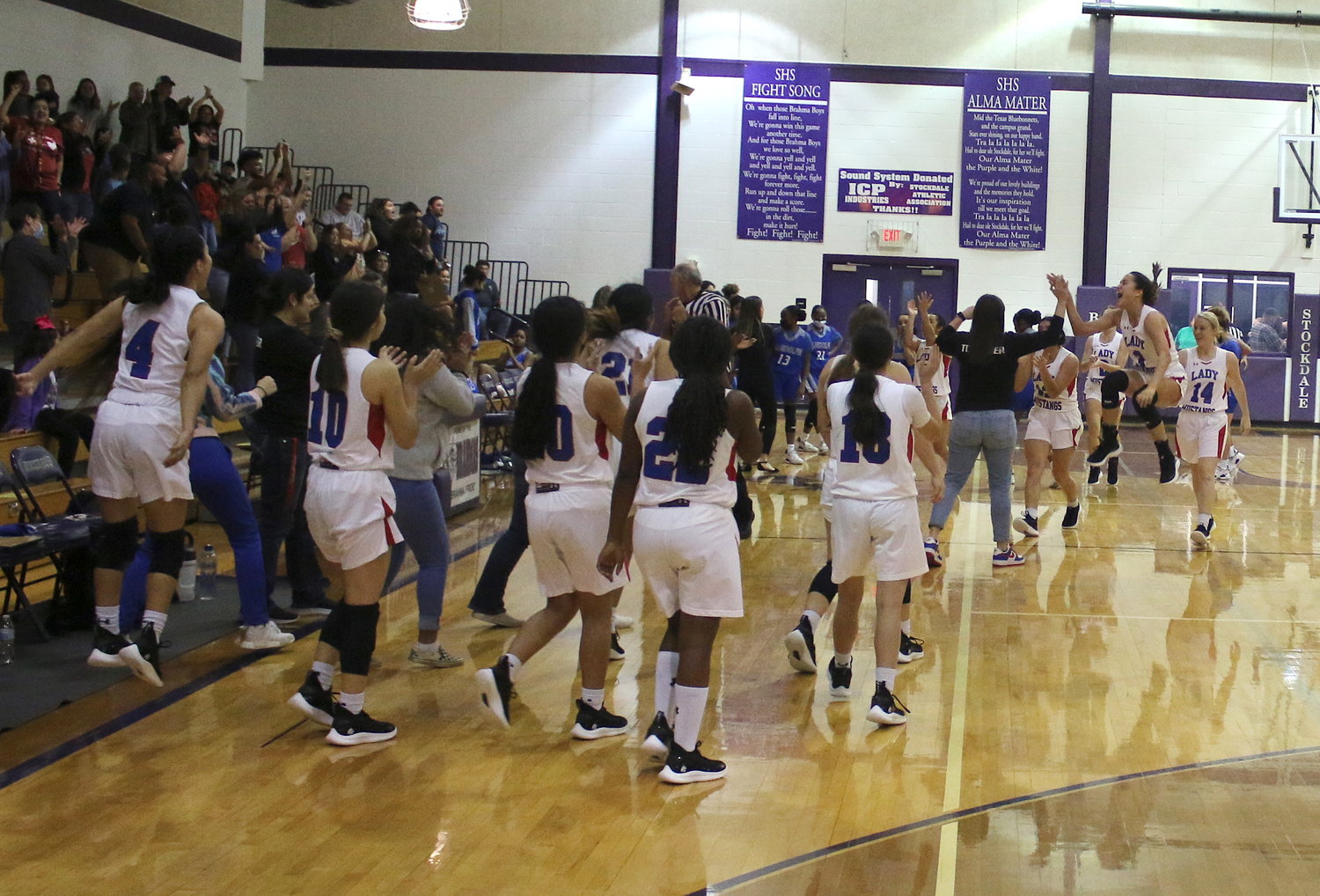 Twice this year during the regular season, the Nixon-Smiley Lady Mustangs played the Randolph Lady Ro-Hawks. Twice, the Lady Mustangs found themselves on the losing end of a contest — including just three days earlier on Feb. 8.

The third time was the charm as Nixon-Smiley (19-16) came from behind with a strong second half to defeat Randolph, 33-30, on Friday, Feb. 11 in district tiebreaker matchup.

The win, along with Thursday’s 55-46 win over Marion, allows the Lady Mustangs to claim second place for District 26-3A, setting up a matchup with the third-place team in District 25-3A, the Comfort Deer, at 6 p.m. Tuesday, Feb. 15, at Boerne High School. The Lady Mustangs beat the Deer, 41-38, on the road in December.

“I'm pretty excited. This was a big two days for us,” Nixon-Smiley Coach Jordan Estrada said. “The girls played hard. They played great. Today was a little harder, playing two days in a row, but they came out hard and they fought till the end, so that's what's important.”

The Lady Mustangs took an early lead Friday, going up 3-2, but the Lady Ro-Hawks started to hit shots while Nixon-Smiley appeared to rush their attempts and make costly turnovers. Randolph went on a 7-0 run to end the first period with a 9-3 lead. In the second quarter, the Lady Ro-Hawks upped their lead to seven before Nixon-Smiley closed to within five at 14-9 at the break.

With her team down at the half, Estrada said she knew what her team needed was “a little bit of a back-to-reality check.”

“We were a little shaken up in the beginning, just because we played this exact same team on Tuesday and they got us pretty good in that game,” Estrada said.

But instead of a big speech, Estrada reminded her team that they controlled their destiny in the second half.

“I just told them that we fought this hard to get where we were at,” she said. “There was no reason to let one game change the course of what we knew we needed to do. And so they came out and they played much harder and did what we needed to do and played our game.”

With Randolph up 16-10 with about five minutes to play in the third period, the Lady Mustangs went to work on creating scoring opportunities and forcing turnovers. Senior Greenlee Houseton came up with a steal and drove the length of the court, hitting a layup as she was fouled. She converted the free throw attempt to cut the lead to 16-13.

Minutes later, Houseton, who led the team with 15 points, would score again to trim the deficit to just one at 16-15. And when Mady Velasquez hit the team’s first three-pointer of the game 3:31 left in the third, it put Nixon-Smiley up, 18-16 and had the Mustang cheering section roaring to life. The quarter would end with Nixon-Smiley holding a 19-17 lead.

A Randolph score made it a one-point game, but Houseton again was able to score inside to make it 29-26 with 2 minutes left in the game. Again, the Lady Ro-Hawks crept to within one at 29-28, but Velasquez, who would finish with 11 points, hit a pair of free throws to make it 31-28.

In addition to Houseton’s 15 points and Velasquez’s 11 points , Amaya scored five points and Abby Fox scored two. Fox led the team with 15 rebounds (including seven on offense), while Amaya had nine, Houseton had eight, Velasquez had eight, Ariel Villanueva had four and Madisyne Rice had three.

Amaya had three assists to lead the team in that category. Velasquez had four steals.