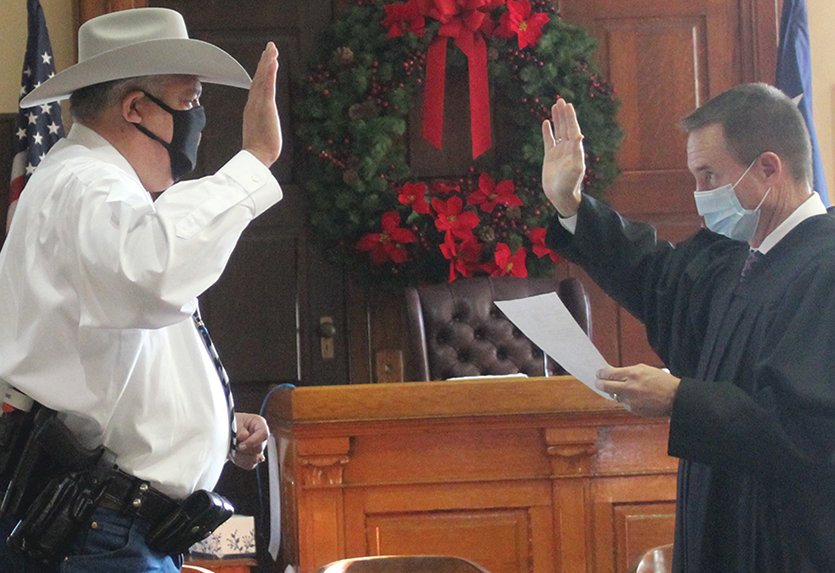 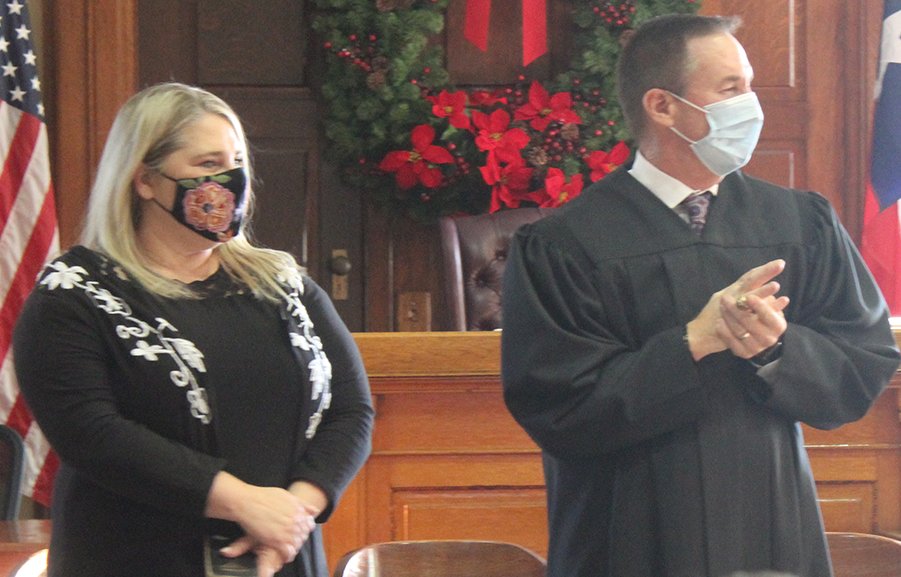 Before swearing her in, County Judge Patrick C. Davis said Crystal Cedillo had been a “huge help” to him in the two years since his own election.
Brooke Sjoberg 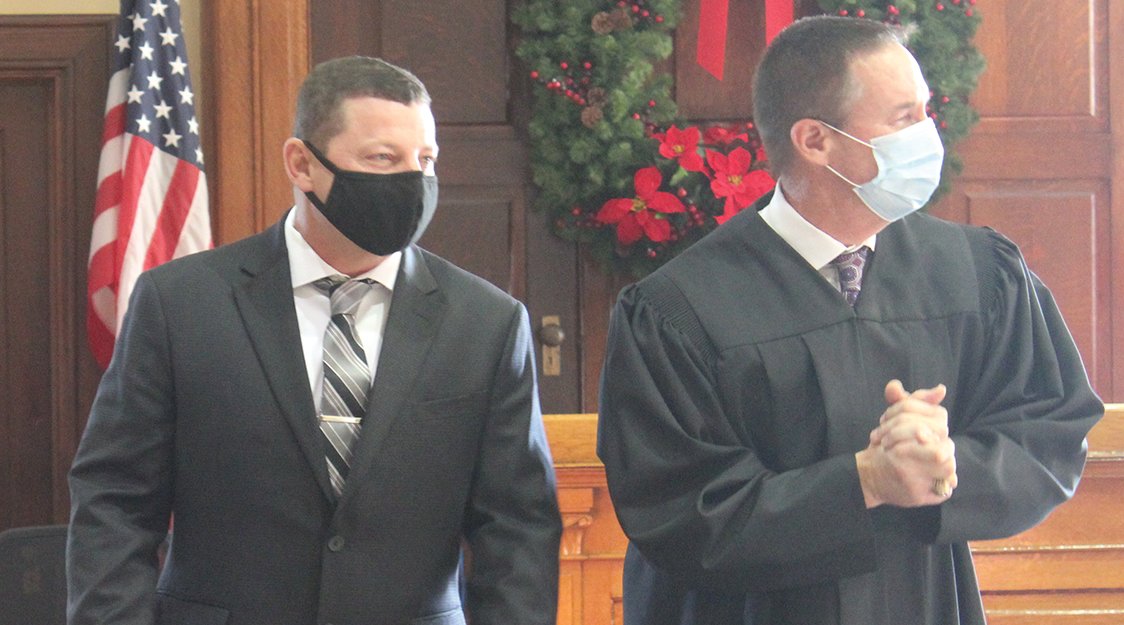 Johnnie Hall was sworn in for his first term as a Constable for Precinct 1. Hall previously served as President of the County’s Emergency Services District No. 1 Board of Directors.
Brooke Sjoberg 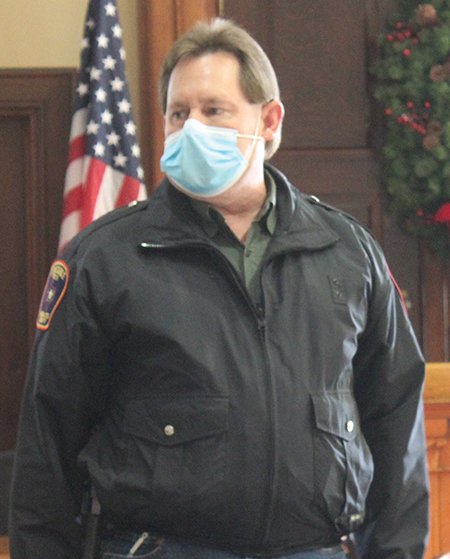 Precinct 3 Constable Derek Johnson was first elected in 2014, and sworn in for another term on Jan. 1.
Brooke Sjoberg 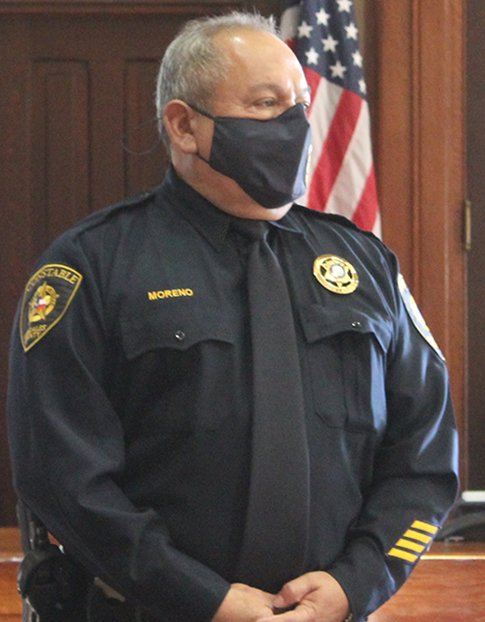 County Judge Patrick C. Davis swore in John Moreno as Constable Precinct 4. Moreno was reelected to the position in 2020 and has worked with the county for 24 years.
Brooke Sjoberg
Posted Thursday, January 7, 2021 10:04 am
By Brooke Sjoberg

The Gonzales County Courthouse third floor courtroom was bustling with members of law enforcement, newly and reelected county officials, friends and family for the first swearing-in ceremony of 2021. Five elected officials were sworn in at 9 a.m. Jan. 1.

Ynclan said he felt that his election was assisted by a higher power.

“I want to thank everybody for this momentous occasion,” Ynclan said. “I want y’all to know, has this would not have been done unless God was helping me, because we had so many things thrown at us when we were first starting out. And the result was nobody’s bigger or better than God. If he directs you, well, the direction and the path that he wants you to be on, there’s nobody stopping it. Nobody can stop his will.”

“I want y’all to know that he loves everybody. We all have to go from this earth at one time. And we all decide who’s side you want to be, good side or the bad side. It’s up to y’all. He gives you the free will to do that. Thank y’all for coming. I really appreciate it. Thank you.”

Also sworn in at the ceremony were Constables for Precincts 1, 3 and 4. Johnnie Hall, Derek Johnson and John Moreno. Hall is new to Precinct 1, while Johnson and Moreno were reelected to their positions in Precincts 3 and 4.

“I just want to say that I'm gonna do my best to, you know, work as hard as I can and do a good job for you here as your new constable in Precicnt 1,” Hall said. “If you ever need anything, just give me a call. My numbers available, posted everywhere. It’s a personal cell number and I'm always grateful. So, look forward to working with all of you guys. And if you need anything, let me know.”

Tax Assessor-Collector Crystal Cedillo was also sworn in for another term, having been reelected.