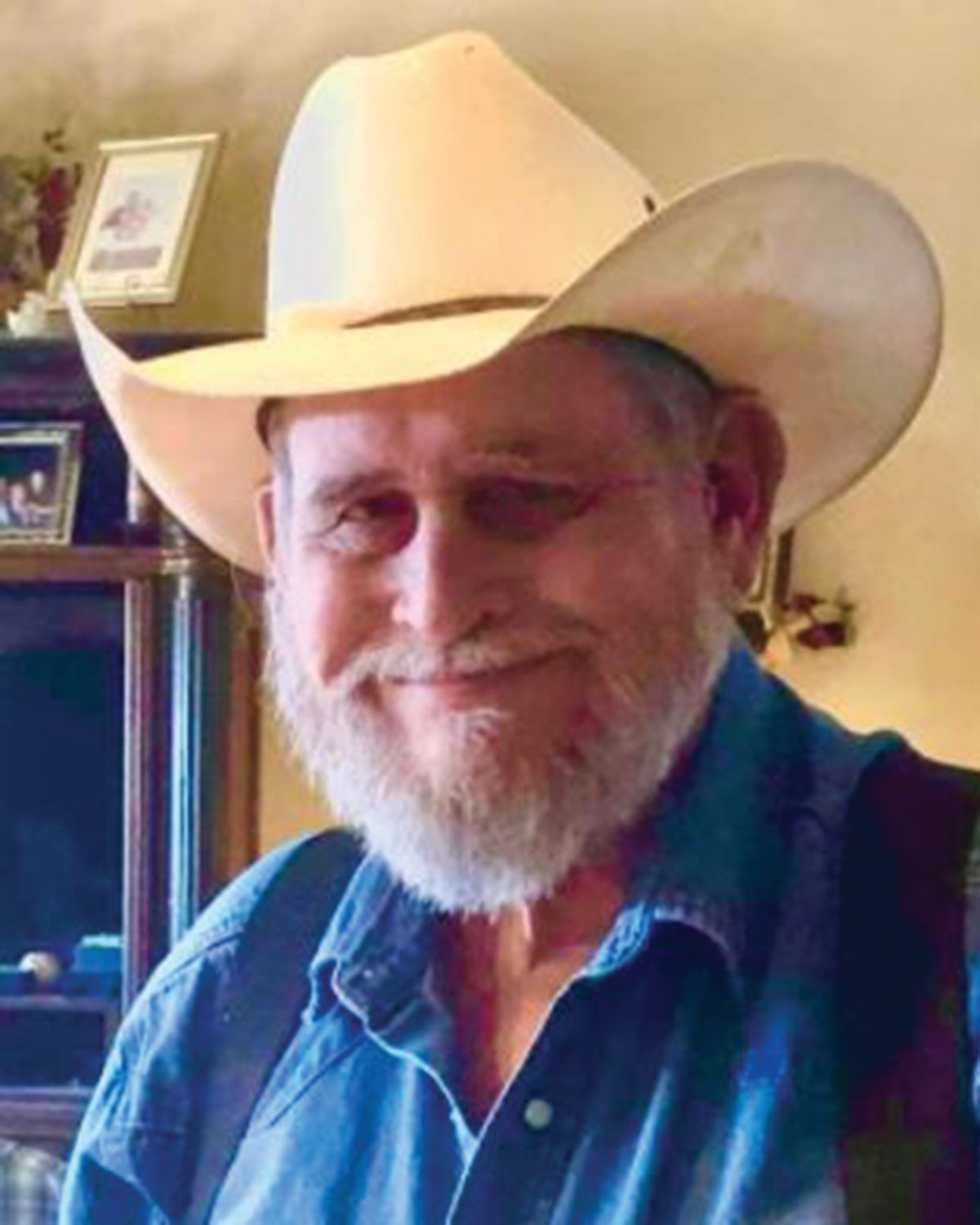 Roger Whitman Pouncey, 69, of Wrightsboro, passed away Thursday, March 4, 2021. He was a member of the First Baptist Church of Smiley.

Goober from Clabbertown: that is how the people that loved him knew him. He was a simple man that didn’t take much to make happy. The things he loved as a child stayed with him his entire life. Bugs Bunny and Friends on Saturday mornings along with Ma and Pa Kettle and Heehaw were staples in his life. The Wizard of Oz, The Sound of Music, and Rudolf the Red-Nosed Reindeer were annual anticipations. Like his daddy, he grew a garden everywhere he lived and loved his past times of relaxing outside watching the cars go by in between mowing the lawns of pretty much everyone he knew, clearing his family land in Smiley, TX, and maintaining the First Baptist Church of Smiley and Roundlake Cemetery, both of which hold treasured history and memories for generations of the Pouncey family. His John Deere tractor was his happy place and made him smile right up to his final days.

Roger was born in Gonzales, TX on September 10, 1951 to Jesse Pete and Adele Rodgers Pouncey. His childhood with brother Arnold Wayne Pouncey, 12-years his senior, is best summed up with one of our favorite stories in which A.W. was instructed to babysit little Roger. Yet play time with friends won out and he employed the services of the dining room chair and a piece of rope as a win-win solution. Jesse and Adele returned home not necessarily sharing the enthusiasm with A.W.

Roger made it through the early years of playing outside in bare feet, underwear and cowboy hats and grew up to attend Smiley High School. As #63 on the Bantam football team, he told stories about playing both sides of the line every Friday night where he had never felt so much pain on Saturday mornings. He drove his little red scooter frequently across the back roads to enjoy dance halls and hang out with friends until the one night he came around a corner and crashed right into a herd of cows over the road. According to him, this is where he perfected cussing as he totaled that scooter. Anyone who knew him well, also knows he had that skill down pat!

In 1973, he married the love of his life, Barbara Kay Walls. They loved going to the movies, gambling in Louisiana, and attending the Pilgrim Opry where Roger barbequed for and assisted with later in life. They shared three daughters: Sherry, Tammy, and Kimberly who take pride in being daddy’s girls, always able to talk him into anything with just a little tug on those tough, teddy bear heart strings. Life really got good when grandsons Dustin, Kyle, and Justin came along. Then later, Roger was blessed with granddaughters Gabrielle and Kailynn and great grandson Luke. His grands will fondly remember him as their Family Feud watching, John Deere collecting, sour puss face who thought he was funny – and usually was, Pepaw. After almost 12 years since Barbara earned her wings, it makes our hearts happy that Pepaw and Memaw will be laid to rest together forever.

Also close to his heart was his animals. First was his adorable informally adopted stray pup, Morris. It was always fun to listen to him complain about his annoying barking, then open the fridge to find the package of hot dogs he would purchase every week for a treat. This would happen even though Morris was frequently known for stealing his snacks out of his truck and tractor. He also enjoyed his donkeys which he started collecting with Barbara; and his grand-guinea pig, Taz, who he liked to hold as he watched silly orangutans on YouTube, Larry’s Diner, or a Gaither Homecoming on RFD TV every night.

Roger was loved by many others including his uncles, aunts, sweet cousins, lifelong friends and neighbors. He enjoyed good times together with all, usually with a cold one and later a Diet Dr. Pepper, in his hand and working hard which made for great memories about living life in and around Smiley and Seguin. Outfitted in his famous overalls, Roger worked over 30 years with Symon’s Corporation and side jobs plowing and shredding for Roger and Connie Schumann of Marion as well as others. Nothing made him happier than to retire with Barbara back home to his beloved Clabbertown.

Roger didn’t need or want much in life and took care of the things that mattered to him most. A hard worker with a sarcastic sense of humor and self-described as a “back of the church kind of guy”, he will always be cherished as a good man who provided for those he loved with hands and a heart that were larger than life.

His daughters send special thanks to Faye and Robby Robinson, Kenneth Stewart, Willard Egger, Elara Caring Hospice, Marvin and Vicki Miles and Seydler-Hill Funeral Home for the loving care provided to Roger along his journey.

The family will receive friends from 9 a.m. to 10 a.m. Saturday, March 13 in the First Baptist Church of Smiley. Funeral services will follow in the church at 10 am with Rev. Marvin Miles officiating. Interment will follow in Roundlake Cemetery. Pallbearers: Gannon Thompson, Dustin Thompson, Kyle Thompson, Justin Adams, Melvin Adams, and Aris Pouncey. Honorary Pallbearers: Kenneth Stewart, Willard Egger, Robby Robinson, and Justin Peck. Memorials may be made to the First Baptist Church of Smiley, the Roundlake Cemetery Association or the Pilgrim Community Center. Friends may sign the guestbook and leave their condolences by visiting www.seydlerhillfuneralhome.com.

Seydler-Hill Funeral Home will continue to require all attendants to take protective measures regarding social distancing, usage of hand sanitizers and wearing personal protective masks for the visitation, church service and the graveside burial rite. Those remotely symptomatic of COVID-19 are politely asked not to attend. Services are under the care and direction of Seydler-Hill Funeral Home.