32 Reasons To Do Business In Gonzales 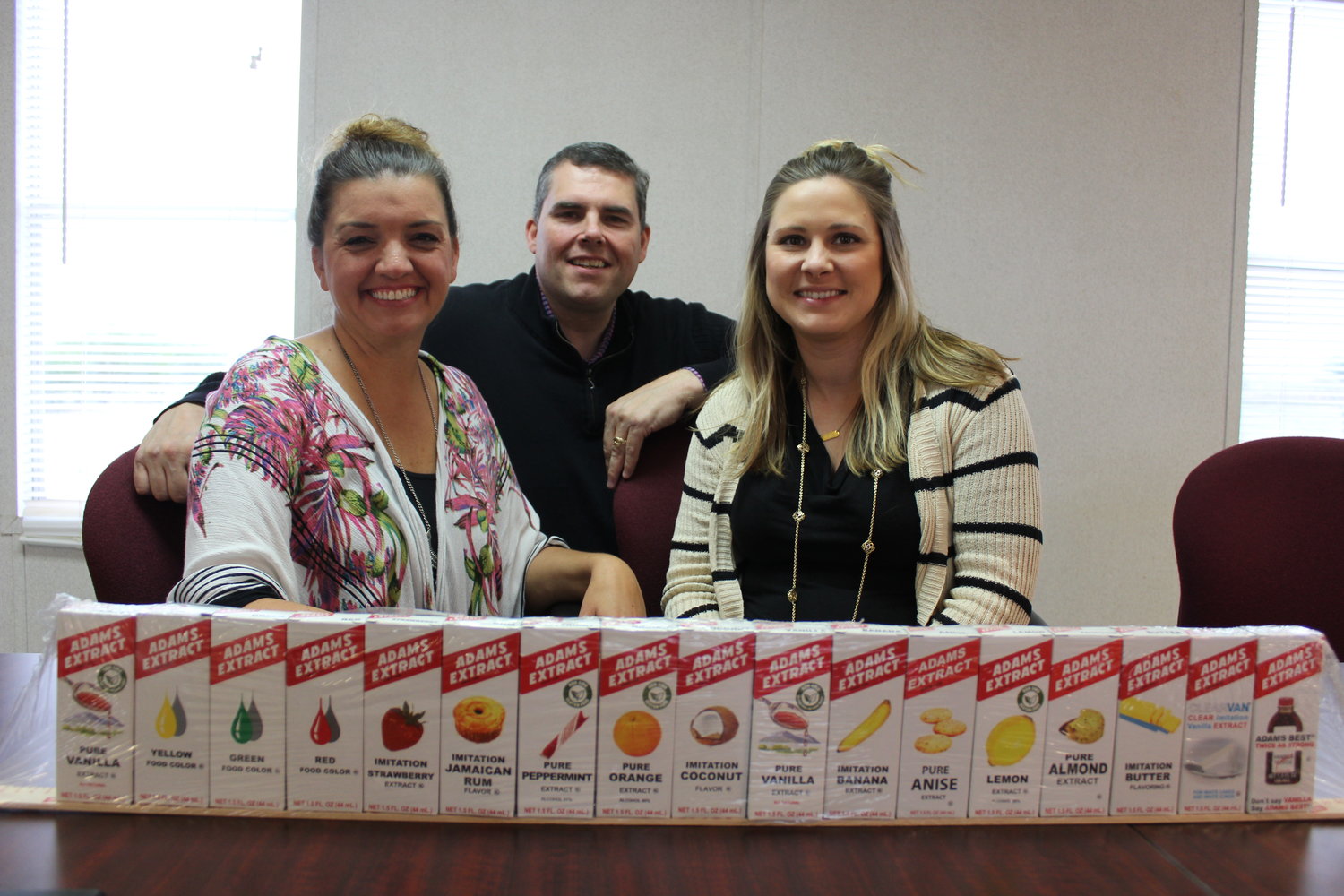 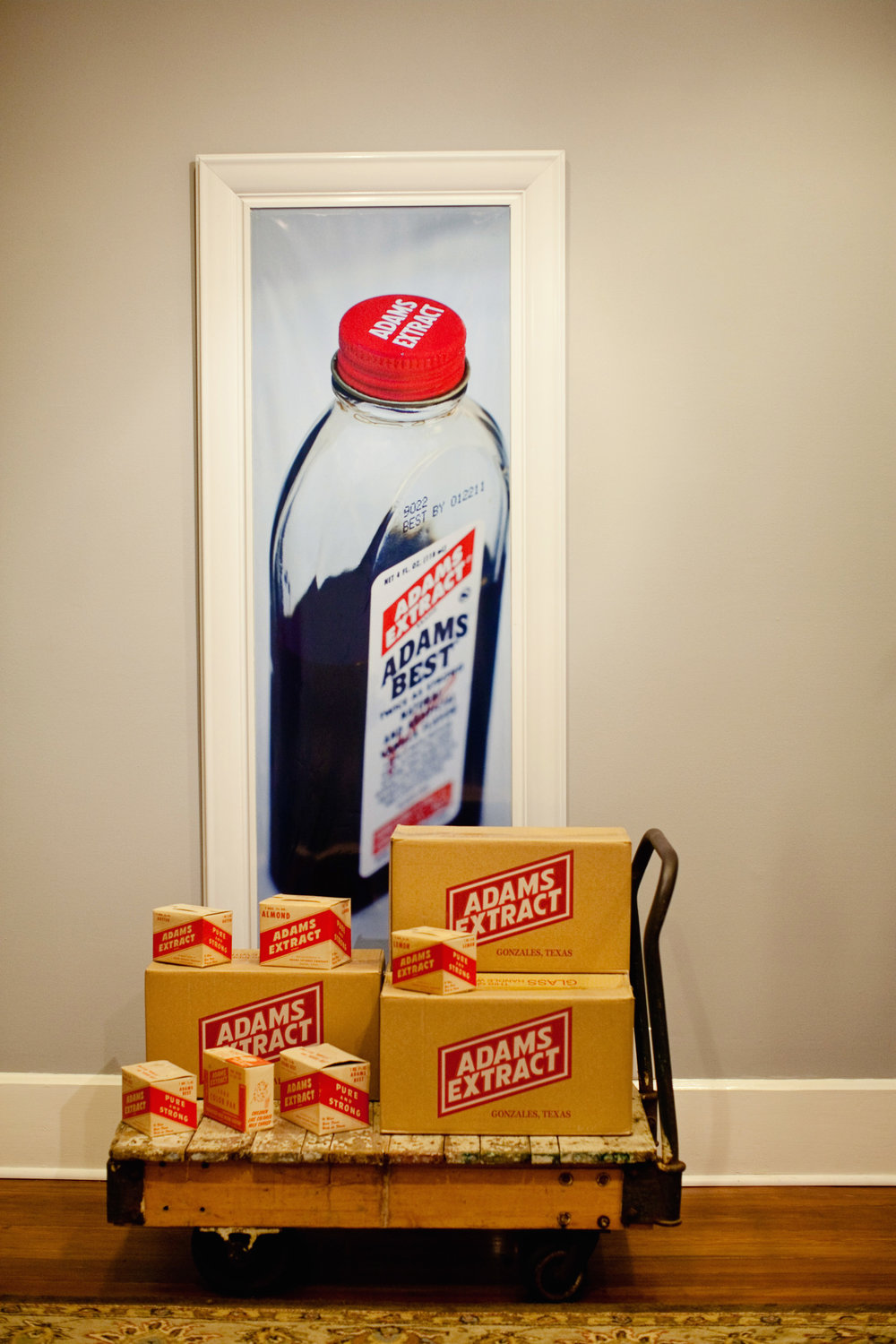 With the challenge of perfecting a vanilla extract, John Adams created a product that his wife Betty deemed “the best flavor I have ever used.” The name Adams Best stuck, becoming a local hit and eventually the country’s best-selling vanilla extract.
Contributed 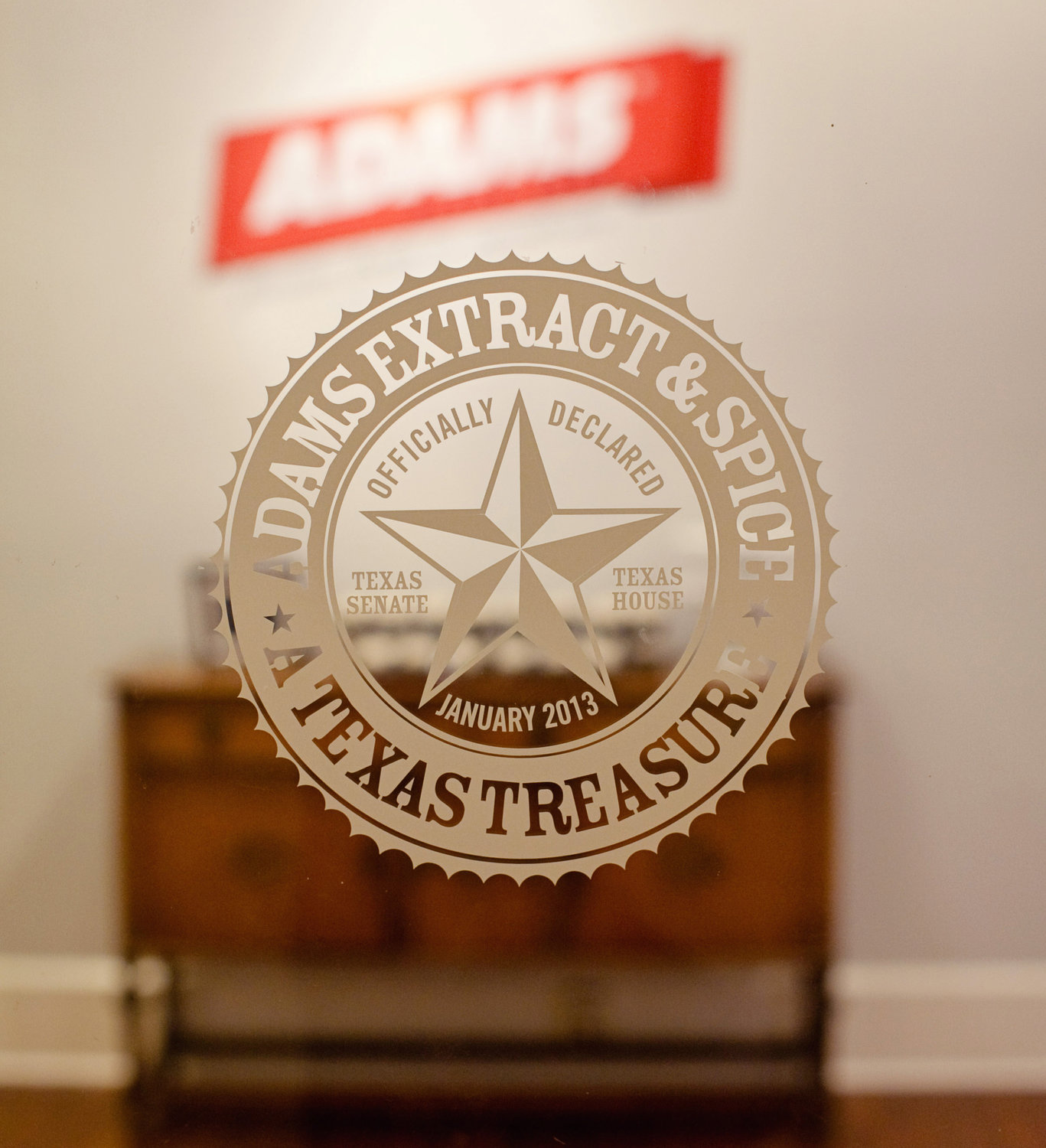 In 2013, Adams Extract celebrated its 125th birthday and was awarded by the state of Texas with the Texas Treasure Business Award, an award sponsored by State Bill 920 that recognized their accomplishments here in Texas.
Contributed
Posted Thursday, December 20, 2018 9:15 am
By Terry Fitzwater

There is a Gonzales company that not only adds spice to our local business community, but also to the entire state of Texas and the United States. If you guessed Adams Extract, you would be exactly right.

For over 125 years Adams Extract has added flavor and spice to the state of Texas and points beyond. Started in 1888 by John Adams in Battle Creek, Mich., Adams Extract has grown into a state and national phenomenon through its products and flavors.

“John Adams worked for Kellogg’s back in the day,” said Annie Ortega, Vice President of training and development for Adams. “Kellogg’s was involved in pharmaceuticals and health products, and John worked on those lines.

“One day his wife Betty asked him if he could perfect a vanilla extract because the products she was using weren’t working and the taste was subpar. He went to work and tried a few things. What he eventually came up with was the product that cooking flavor forever.

“It was called Adams Best, and it was a local hit and eventually became the country’s best-selling vanilla extract.”

In the early 20th Century, John’s wife Betty was ill and doctors advised her to move to a warmer and dryer climate. In 1905, John moved his family to Beeville, Texas, and his company quickly took off. John sold his product door-to-door, and consumers loved it.

One day, Betty Adams had a chance encounter with a lady in Austin and she told Betty she loved Adams Best. The lady Betty ran into was the wife of the Governor of Texas. She invited Betty to bring Adams Best to the Governor’s Mansion, and for over 50 years Adams Best was the extract of choice, not only for vanilla but the other flavors that John had created.

In 1922, John’s son Fred Adams was involved in the company, and moved the company to Austin. Fred was a marketing and business innovator, and under his leadership the company started cross-marketing Adams products from point of sale, to use in other products. The company boomed.

The company continued to evolve and was eventually purchased by local business legend Danny Janecka.

The company eventually became Adams, Flavors, Foods and Ingredients, but has been doing business as Adams Extract and Spice. The company moved its plant to Gonzales in 2002, and it has been a decision the company has been happy with ever since.

“Gonzales is home,” said Dan Shannon, the president and CEO of Adams. “Our company is only as good as the people we have, and the people who live here and work for us are outstanding. They have a strong work ethic, are highly-principled, and they believe in our mission to put people and product above everything.

“That is one of the things that has continued to make us so successful here.”

Shannon added it is the goal of Adams Extract to be the best it can be.

“The expectation of being the best is important to us and to our culture here,” Shannon said. “Our job is to build on the legacy of Adams Extract great history and move it forward.”

Shannon said Adams’ philosophy is concentrate on getting the best employees, providing world-class service to its customers, and keep expanding its sales to direct consumers.

One thing both Annie and Dan are really proud of is the Texas Treasure Business Award the company earned from the state of Texas in 2013.

“The state of Texas honored us in 2013 with the award on our 125th anniversary as a company,” Shannon said. “We got to be on the floor of the legislature as the bill unanimously passed. It was an honor and a thrill to be a part of that, and to be recognized as one of the great companies in Texas history is a real honor for all of us at Adams.”

Because of the great products Adams Extract produces, continuing growth in sales and a dedicated workforce, Adams is prepared to grow its operation in Gonzales over the next year or two.

Plans are in the works to expand the current facility an additional 20,000 square feet for manufacturing and warehousing to the 90,000 square feet already on-site. The company, which employs 200 employees, also intends to upgrade its corporate office facilities, food and cooking operation, and even add a history room to showcase the company’s wonderful legacy.

“We have lots of exciting plans for the next five to 10 years,” said Shannon. “Our goal is for people to move up and down the bake goods aisle at the grocery store and find Adams products. We were in the first HEB store in Texas, the first Walmart Super Center and Kroger too. We are poised to continue that tradition.”