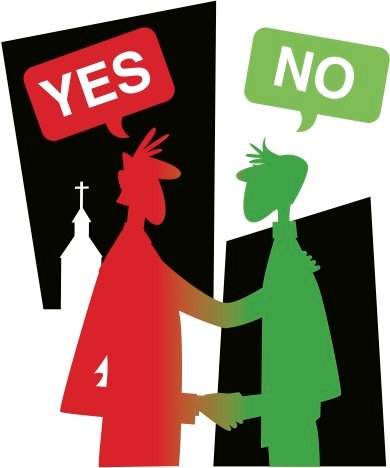 It is the policy of The Inquirer to encourage reader participation on its Opinion page. Diverse and varied opinions are welcomed. Because of space limitations, we must limit all contributors to one letter per person per month. Letters of 400 words or less will be published unless they contain language or content that the editors feel is inappropriate. We reserve the right to edit letters for clarity, grammar/spelling, length and for libelous statements.

The deadline for letters is Monday. For space concerns, letters may not run immediately in the next print edition.

Examples of content that will cause letters to be rejected include the following:

• Other incendiary language or remarks.

• Endorsements for or complaints about individually named commercial products or services.

• “Thank You” letters that go beyond general thanks to the community; attempt to serve as an advertisement for a company, individual or political party; or is submitted in lieu of a paid “Thank You” advertisement.

We will not publish political endorsement letters or those supporting or opposing specific candidates or parties during an election cycle; we will publish letters on issues before the voters. Endorsements should be displayed in political advertising. In light of this policy, we reserve the right to reject or edit letters for references to candidates and whether or not they should be elected. The Inquirer will accept letters expressing views on bond measures, constitutional amendments and other such issues. Letters will not be accepted once early voting has begun.

The Inquirer will not knowingly publish factually incorrect information.

Only letters written exclusively to the newspaper will be published. Letters to a third party or those written to more than one newspaper are not accepted. “Wallpaper” – submissions that are in large part copied-and-pasted from another author or organization – will not be published.

Letters written in response to other letter writers should address the issue at hand. Discourse should be civil and people should be referred to in a respectful manner. Letters referring to news stories should also mention the headline and date of publication.

All letters must be signed and include the writer’s street address or route address and telephone number, which will be used for verification purposes only.

Please send Letters to the Editor:

I take pleasure in sharing with the community of Gonzales, information about the Barnicks that deserves recognition.

I have known Jimmie and Sylvia for more than 30 years. They never attended college, but they encouraged their children to do so and the community is better as a result.

Jimmie worked hard his entire life. He spent 47 years with GVEC, where he worked in the electrical line construction division. He is known by everyone as quite a talker and never met a stranger. If you ever meet him, you will never forget him. His wife, Sylvia, is quiet and nonassuming. She worked many years as a teachers aide with the local school system. Sylvia is not without her own accomplishments. She excelled academically in school and participated in the Miss South Texas Pageant.

What is amazing and noteworthy about the Barnick Family are the academic accomplishments of their children and grandchildren. I venture to say that no family, at least that I know of, has produced more high school Valedictorians than Jimmie and Sylvia,

The latest Barnick to achieve academic excellence is their grand daugher, Samantha, or “Sam,” as everyone knows her. Sam was named GHS 2021 Valedictorian. Sam was not only smart but a gifted athlete who excelled in every sport in which she participated. She was loved and respected by all her peers. While Sam was the latest Barnick Valedictorian, it all started with her dad, JLynn Barnick.

JLynn was the eldest of Jimmie and Sylivas children. He was named GHS Valedictorian in 1984. He attended TLU in Seguin where he excelled both academically and was on the golf team. He graduated from Texas State University in San Marcos. Today he is an educator for the GISD. His wife, Lisa Hanks Barnick, is also a TLU graduate, is a CPA and Senior Administrator for a large accounting firm.

Missy Barnick, the Barnick’s second child, was GHS Valedictorian in 1985. She graduated from TLU and later received a PhD from Louisiana State University. She is a stay-at-home mom working on her teacher certification.

Tommy Barnick was their third child. He chose not to attend college, but was in the academic Top-10 percent of his class. He was also an outstanding athlete. His daughter, Molly, would not let the Barnick tradition end. She was named GHS Valedictorian in 2016. She is a Benefits Specialist for Vision Works in Universal City.

Mandy Barnick, their fourth child, was named GHS Valedictorian in 2000. She was a TLU graduate and is a teacher of the gifted and talented at GISD.

The Barnick name is synonymous with Valedictorian and is reminiscent of the Hank Williams Jr, song, “it’s a Family Tradition.” I believe this bunch is truly “A Family of Smarts.”

Abortion is a God-given, free-will right

Thanks to first responders

No tax breaks for solar farm