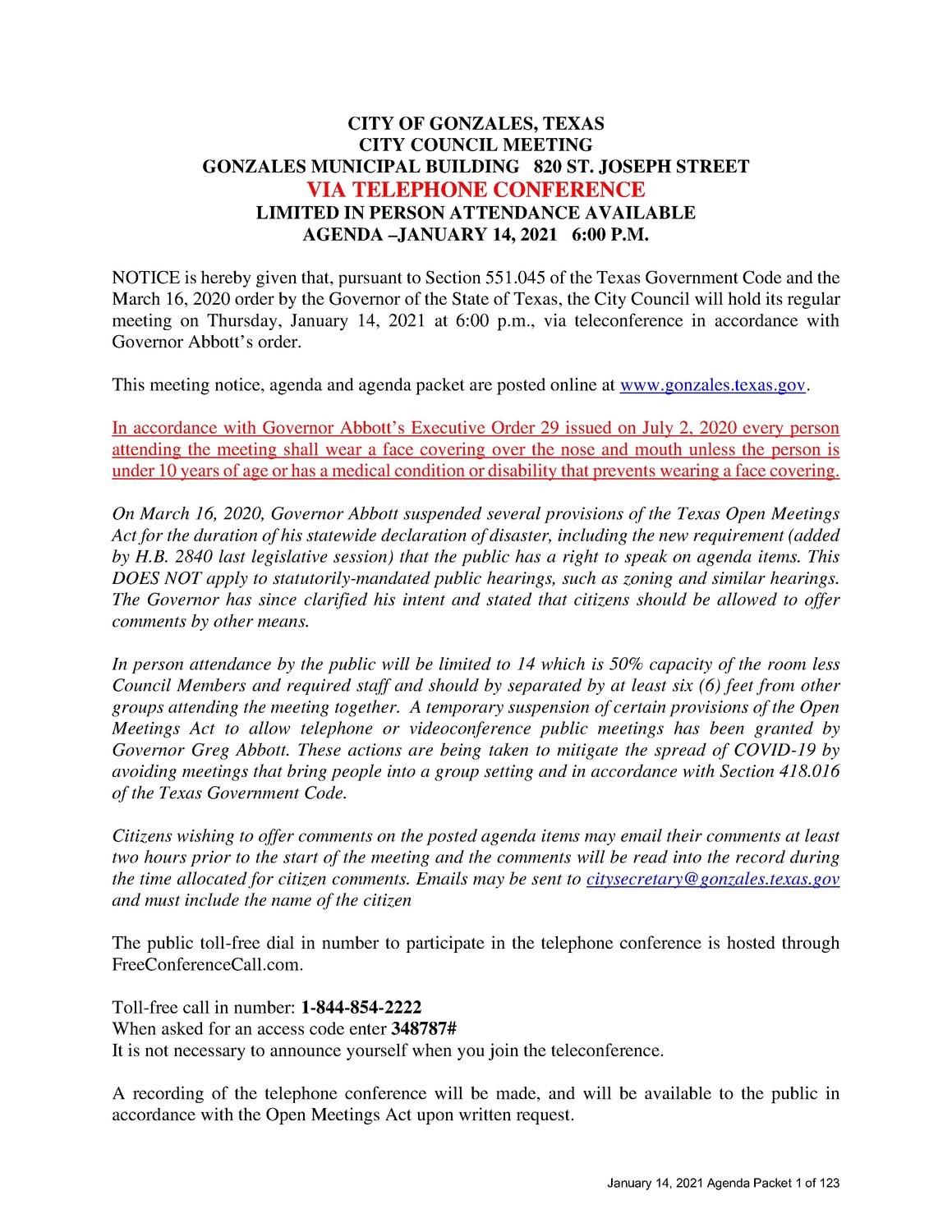 The Gonzales city manager, city attorney, and municipal court judge would not have to be residents of the city under proposed changes to the city the city’s Home Rule charter.

At the top of the Gonzales City Council meeting at 6 p.m. on Thursday, Jan. 14, the council will hear a presentation from the Charter Review Committee regarding six proposed measures for amending the city charter.

Later in the agenda, the council will vote on these changes, along with three other proposed changes by the committee. Council approval would send the changes to voters in either a special election or on the May ballot.

Although the Charter Review Committee has been meeting since October 2020 to discuss these proposed measures, none of the committee’s minutes were available on the city’s Agendas and Minutes webpage at publication time.

Mayor Connie Kacir said the committee will present justifications for each measure at the meeting, where council will take “appropriate action for the amendments to be voted on during the May Municipal Election.”

The proposed measures, listed “A” through “F”, are listed as such in the meeting packet:

This measure is a new addition to the charter, creating Section 3.16, Service on City Boards and Committees.

This would amend Section 3.06 B Vacancies, removing a clause which allows the council to call for a special election to fill a vacant seat. The only remaining option for filling a vacancy would be appointment by the council if there are between 90 and 365 days left in the term of that position.

The third proposed measure would remove any residency requirement from the position of City Manager from Section 4.01 Appointment and Qualifications.

Similar to Measure C, this measure removes the residency requirement from Section 4.04 Municipal Court. It does not change any professional requirements of the position.

Like the two measures before it, measure E removes residency requirements from Section 4.05 City Attorney, but does not change any requirements for employment as such.

This measure amends Section 8.02 to allow for public funds to be spent on privately owned subdivisions within city limits as authorized by the Texas Constitution and other state laws.