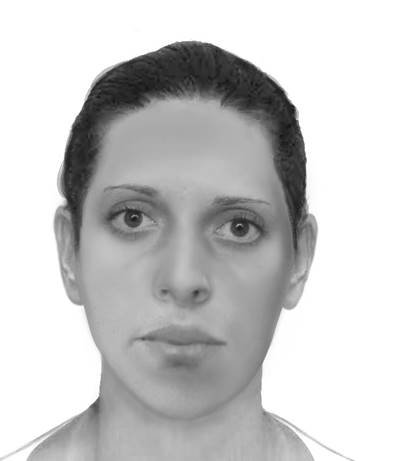 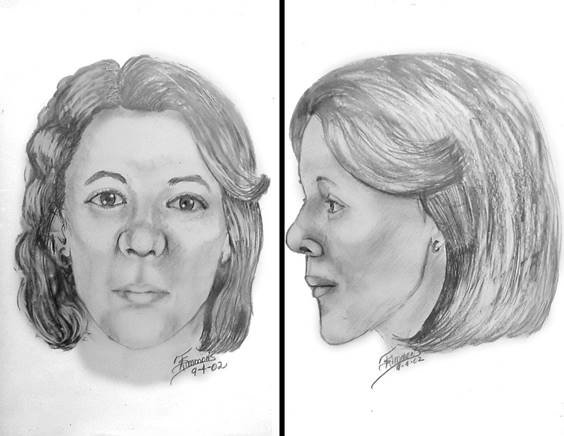 The Texas Department of Public Safety (DPS) is asking for the public’s help identifying a woman homicide victim. It’s hoped that by identifying the woman the perpetrator can be brought to justice. An increased reward of up to $6,000 is being offered for information that leads to the arrest of those responsible for her death if the tip is received before the next featured Texas Rangers cold case is announced. (A $3,000 reward for information leading to an arrest is routinely offered on all cases on the Texas Rangers Unsolved Homicides website.)

On March 2, 1992, the remains of the unidentified woman were found on a ranch on FM 2678, about four miles east of Refugio, by a pipeline construction crew. Her remains were covered by dense brush; there was no identification with her body. Clothing found at the scene includes a long coat, black leotards, a short black dress, red belt, white knee-high boots and a red earring. The victim died as the result of a gunshot wound.

Based on forensic examinations, the woman is believed to be white or Hispanic, between 20 and 35 years old and about 5 feet 3 inches tall. It’s believed the woman’s remains had been at the location between one and three years before she was discovered. Once her remains have been positively identified the Texas Rangers will notify the Refugio County Sheriff’s Office.

To be eligible for cash rewards, tipsters MUST provide information to authorities by calling the Crime Stoppers hotline at 1-800-252-TIPS (8477). All tips are anonymous.

Individuals can also submit information through the Texas Rangers cold case website by clicking on the specific cold case or by calling 1-800-346-3242 (Missing Persons Hotline).

The DPS Texas Rangers Unsolved Homicides website provides information on more than 125 cases in an effort to garner public interest in unsolved or cold cases. Texas Crime Stoppers offers rewards (funded by the Governor’s Criminal Justice Division and administered by DPS) of up to $3,000 for information that leads to the arrest of those responsible for any Rangers cold cases listed on the website. For more information, visit the Texas Rangers cold case website.

As part of a DPS public awareness program, one case from the Texas Ranger Unsolved Crimes Investigation (Cold Case) Program will be featured bi-monthly in an effort to generate new investigative leads and bring attention to these cold cases. The Texas Crime Stoppers reward is increased up to $6,000 for the featured case in hopes that the higher reward money will generate additional tips. The higher reward amount will only be paid if the tip is submitted before the next case is featured.

The Texas Ranger Unsolved Crimes Investigations Program was created to assist Texas law enforcement agencies investigating unsolved homicides or violent serial crimes. Since there is no statute of limitations for the offense of murder, investigators pursue these cases to a successful resolution or until no viable leads remain.