Into the Cauldron: Tim Mitchell and the Tet Offensive in Na Trang 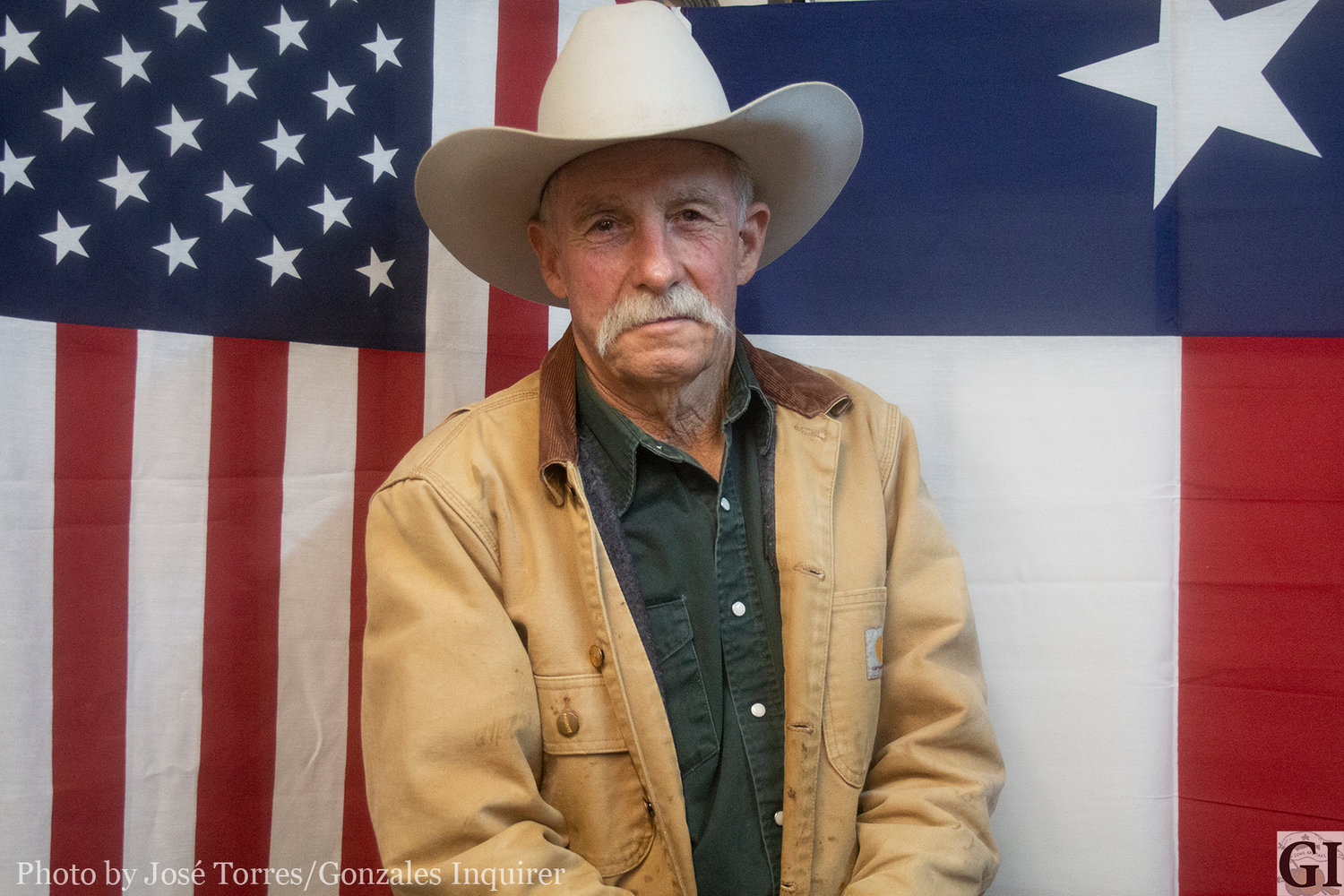 Tim Mitchell retells the story of his tour of duty in Vietnam. “Vietnam told me how to appreciate life. No more killing. I don’t even hunt no more. It’s about life. That’s what I learned to appreciate.”
José Torres/Gonzales Inquirer 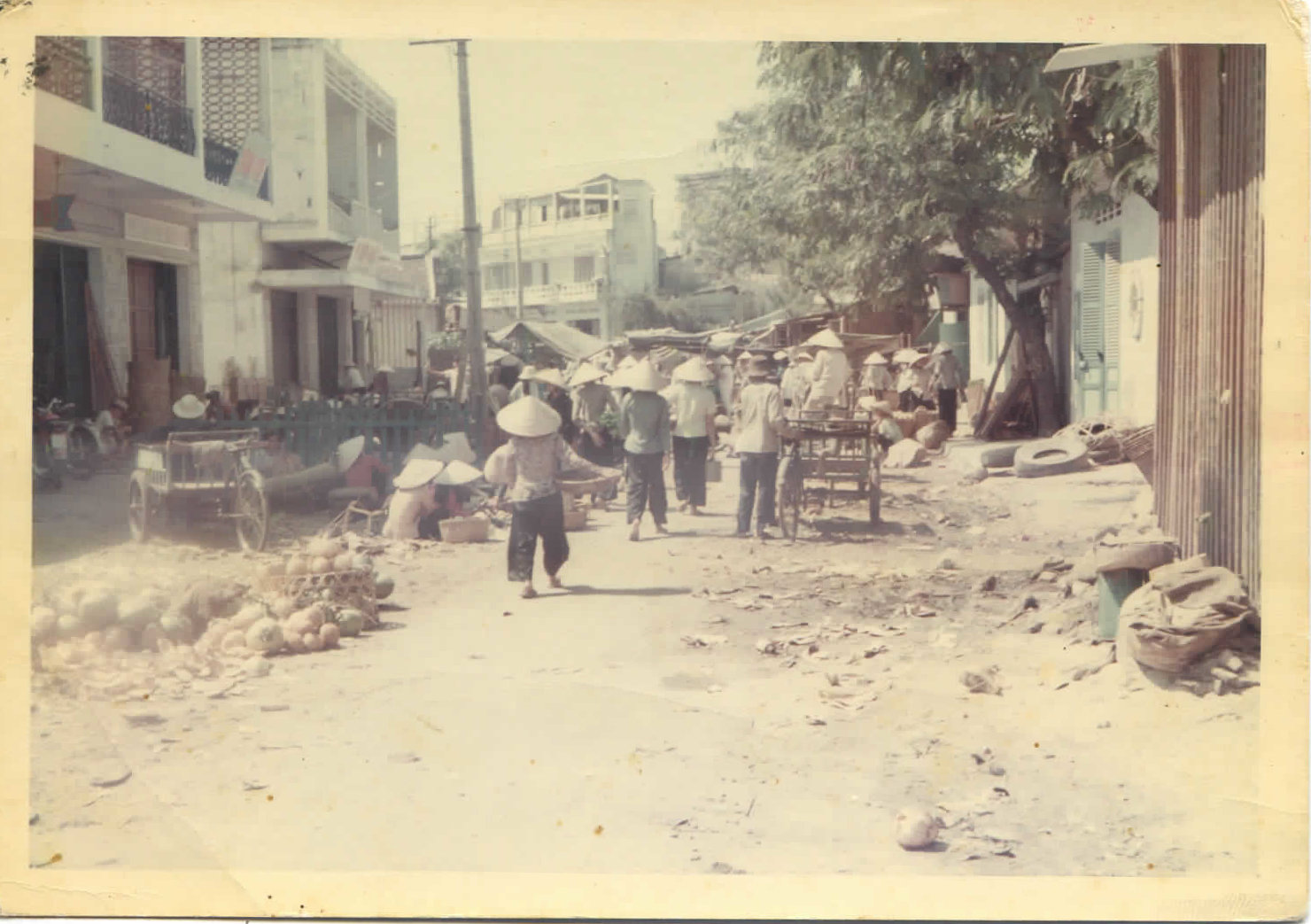 Vietnam veteran Tim Mitchell wants to go back and see Na Trang, to “see what it looks like now,” years after the war.
Contributed photo 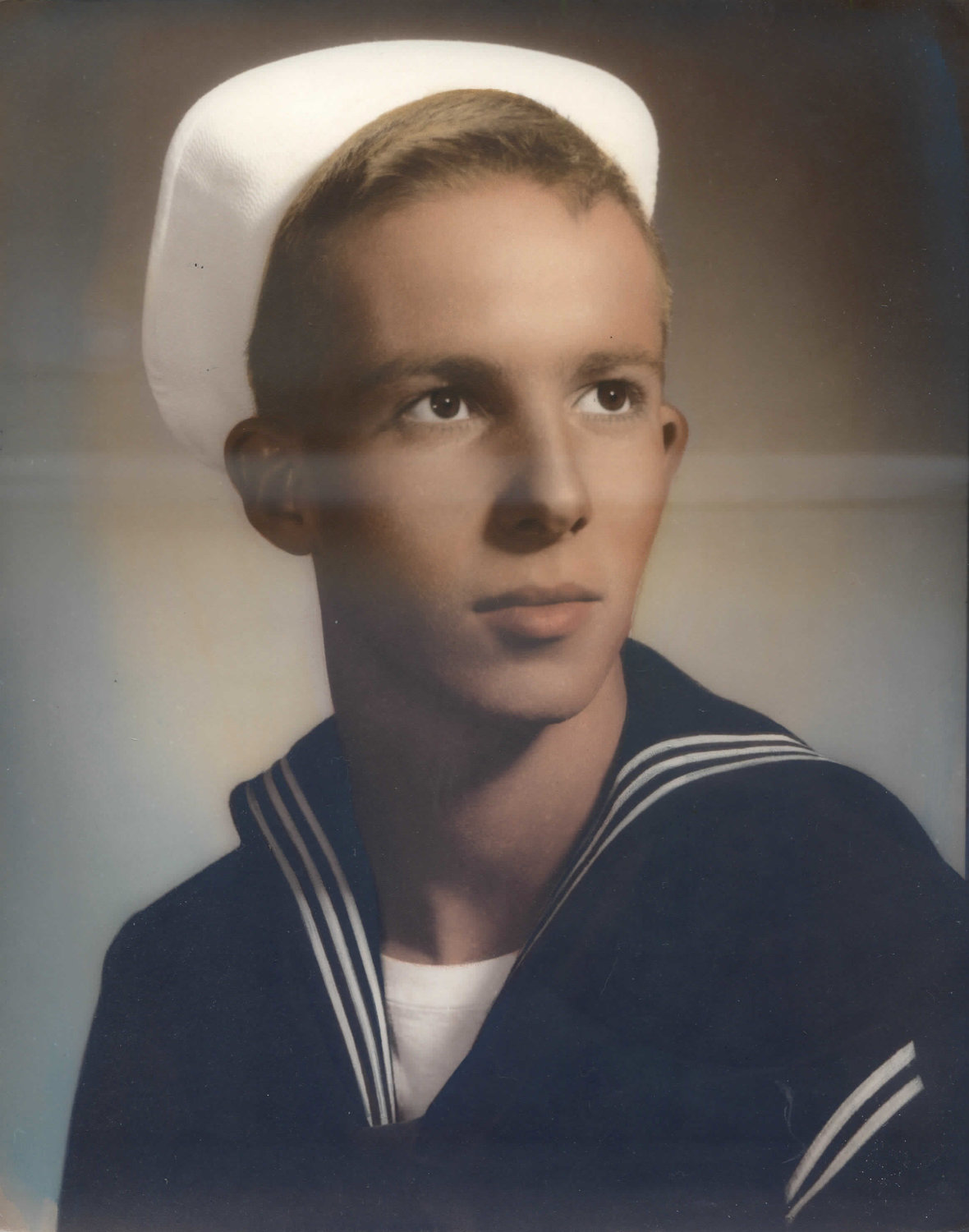 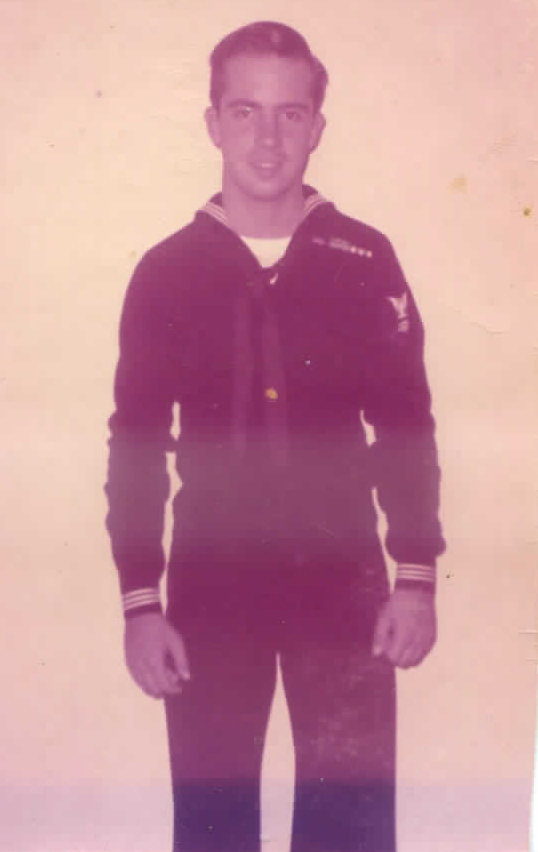 Timothy Albert Mitchell has been to hell and back. He endured the shock of combat in the jungles of South Vietnam from Na Trang to Qui Nyon to Cam Rahn Bay during the Tet Offensive in 1968. He came out of that hell with a timeless lesson for everyone: Appreciate life and everything that goes with it.

This is the story of his journey from Gonzales County to the hell of Vietnam at the height of Tet.

He was born on Jan. 8, 1947 in Poteet, Texas to Rufus “Big Boy” Mitchell and Elizabeth Hindman. He was the twin brother to his sister Lana (Book), and they were the younger siblings of sister Linda (Hunter), who recently passed away. The family moved around a lot as Tim was growing up, but finally settled in the Pilgrim-Smiley area when Tim was going into the fifth grade.

“I grew up on ranches in Texas doing ranch-hand work while going to school,” Mitchell said. “When I got home from school my dad would have the horse saddled and we would ride off to go herding cows.

“I wasn’t very athletic and was kind of small, so I didn’t play any type of sports. Plus, we lived so far out in the country it would have been tough to get to practices. I spent a lot of my extra time hunting and fishing.”

Mitchell spent his life going to school and being a cowboy until he graduated in 1965. There were 18 people in his graduating class.

“After graduation, I decided to join the United States Navy,” Mitchell said. “Warren Mitchell was my favorite uncle and he served in the Navy during WW II. He told me ‘If you want to see the world join the navy,’ so that’s why I picked the Navy.”

In August 1965, young Timothy Albert Mitchell was off to San Diego, Calif. for basic training. After basic, he was immediately assigned to the USS El Dorado as a radio man. He flew out of San Francisco to catch his ship at Subic Bay, Philippines. When he got there, he was surprised to learn the USS El Dorado, which was a converted WW II troop transport, was the flag ship of the admiral commanding the 7th Fleet.

“My uncle Warren was right: I got to see the world,’’ Mitchell said, before adding with a big smile: “That was like a new life for me, and I saw lots of great things and met lots of wild ladies. For a cowboy from Texas it sure was an eye-opener.”

Then things started getting more serious for young Mr. Mitchell.

“We did 11 months touring the West Pacific including Japan, China, the Philippines—it was great for a boy who grew up on the plains of south Texas.

“During my 11-month TDY (tour of duty), we were parked for three months off the coast of Vietnam doing bombardment assignments at targets inside Vietnam. It was part of Operation Daggers Thrust.”

After his three-month tour of duty of shore bombardment, Mitchell returned to the United States where he attended the Survival, Evasion, Resistance and Escape training school. After that, he was sent to the United States Marine Corps Camp Pendleton for weapons training. Young Mr. Mitchell was being prepared for war—not for ship duty but for ground combat.

“Most people don’t think of the Navy being on the ground or in the jungle during Vietnam,” Mitchell said. “But what I did and what I saw, well, we were there on the ground and we saw every bit of action you could want to see.”

After completing weapons training at Camp Pendleton covering everything from M-16s, M-60s grenades, bazookas, etc., Mitchell was assigned to Advisory Team 35 of the Coastal Surveillance Center based in Na Trang, South Vietnam. Their duty assignment was to live with the indigenous people of Na Trang, gather information, and provide surveillance of the Viet Cong and North Vietnamese in the area.

Advisory Team 35 was a unit of 20 men, and all of them were Navy personnel.

“We lived with the people of Na Trang and ate their food and drank their water,” Mitchell recalled. “We didn’t have a PX or have our own rations. What they ate; we ate. That included anything from long ribbon fish to lizards. That is how we survived.

“Of course, every now and then we snuck under the wire of the Special Forces units out there and we would steal their steaks off the grill.’’

Mitchell arrived in-country near the end of 1967. The war in Vietnam was a cauldron of blood and death, but it was about to enter an even more horrendous phase.

“We were living in an old abandoned hotel in Na Trang that we converted into a barracks,” Mitchell recalled. “One night we were all sitting inside getting drunk, and we started shooting at this gigantic Buddha statue that had these huge green eyes that kept staring at us. We were kind of spooked by it.

“So we started unloading our M-16s at it trying to take out the eyes, when all of a sudden, all hell broke loose. Mortars and artillery were dropping right on top of us. What we didn’t know was the NVA were holed up inside that statue and Buddhist compound, and they started raining mortars down all over us. It was terrifying. I kept pulling sand bags over me because I was thought I was going to buy the farm.

“The next day was the beginning of Tet, the celebration of the Lunar New Year. All hell broke out all over Vietnam, and we were right in the middle of it and cut off from our main base miles away. We had to fight our way out to get back to the base in a deuce-and-a-half. I think I took some shrapnel on the way out, but my adrenaline was pumping so I didn’t think much of it.

“Later, my buddies and I joked that our shooting at the Buddha launched the Tet Offensive.”

The beginning of Tet was only the beginning for Mitchell, as he spent the next year-and-a-half fighting in the jungles of South Vietnam.

“We were sent out on a lot of night ambushes,” Mitchell recalled. “I remember lying in a graveyard one night and man I was flying on adrenaline. Nothing happened, but for some reason that night stands out to me.”

Mitchell and his team were in numerous firefights, but the one time he thought he was going to “buy the farm” was the day he and a couple of Navy men were doing recon along the coast of Vietnam.

“We were flying in a Huey 100 feet above the deck when all of a sudden the chopper starts going in circles and we were spiraling towards the ground. I thought for sure we were goners, but the pilot got control and we all survived.”

Mitchell said the adrenaline rush of being in-country led him to sign up for another six-month tour of Vietnam. He said the place and battle “messes with your head” and he made the decision to stay. After another six months, he was covered in sores and was not doing well physically because of the climate and food, and he was told he was going home. But before he had left, he had been given a field promotion to Petty Officer, third class, an award Mitchell is justifiably proud of.

After a brief stint rehabbing stateside, the United States Navy had one more surprise for the E-4 Petty officer. They sent him back to Vietnam.

“I was assigned to the USS St. Paul, which was a first-class heavy cruiser,” Mitchell said. “Man, it was a nice ship. We went back to the coast of Vietnam and spent three more months shelling positions inside Vietnam. Then they let me go home.”

When he came home, Mitchell went back to the thing he knew best: cowboying. He worked at the Barnhart Ranch for over a year, and then thought, “There has got to be a better to make a living then working for $150 a month cowboying.”

He got married, had two boys named Chris McCaleb (Silsbee) and Joel Mitchell (Arlington). He has four grandchildren.

Mitchell is very philosophical about his time in Vietnam but says he would like to go back.

“I would like to go back and see Vietnam—not the country itself, but to Na Trang and where I was at during the war,” Mitchell said. “I would like to see what it looks like now.”

When asked what he learned from his experience in Vietnam, Mitchell choked up.

“Vietnam told me how to appreciate life,” he whispered. “No more killing. I don’t even hunt no more. It’s about life. That’s what I learned to appreciate.”