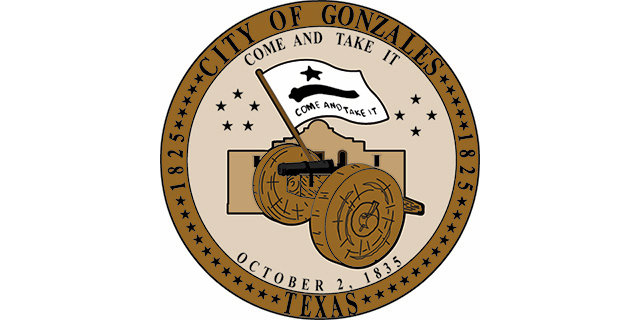 The Gonzales City Council will introduce three finalists for the city manager position during a “meet and greet” at Robert Lee Brothers Jr. Library on Wednesday, Dec. 7.

The event will take place from 5 p.m. to 6 p.m. at the library, 301 Saint Joseph St., Gonzales. Attendees are invited to bring questions and conversations for an opportunity to meet and engage with the finalists, who will not have been selected until shortly before the meeting.

There will be no formal speeches or debates taking place and residents are invited to come and go as they wish to the event.

Police Chief Tim Crow has served as interim city manager since Tim Patek left the city in October for a similar position in Wimberley.

The city manager is appointed by the City Council to serve as the chief administrative and executive officer of the city. The city manager's duties include:

• Appoint, and when necessary for the welfare of the city, remove any employee of the city, except as otherwise provided by the City Charter.

• Prepare the budget annually and submit it to the City Council, and be responsible for its administration after adoption.

• Prepare and submit to the City Council as of the end of the fiscal year a complete report on the finances and administrative activities of the city for the preceding year.

• Keep the City Council advised of the financial condition and future needs of the city and make such recommendations as may seem desirable.

The city manager shall be appointed for an indefinite term but may be removed at the will and pleasure of the city council by a vote of the majority of the entire council, according to the City Charter.