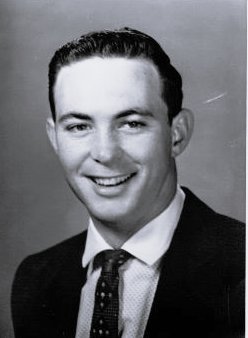 Alvin Clements Lacy, 83, of Seguin, passed away Friday, April 22, 2022. A.C. was born March 21, 1939 in Ft. Worth, TX to John Hiram Lacy and Marie Koerner Lacy. He married Hazel English on May 19, 1960 and after her passing he was reacquainted with ahis high school sweetheart Virginia Clark Wales and they were married Nov. 7, 2013. A.C. had been a member of the Gonzales First United Methodist Church, the Seguin Masonic Lodge A.F.&A.M., and the Gonzales Elks Lodge.

A.C. Grew up in Gonzales, graduated from Gonzales High School where he had excelled in football and baseball for the Apache teams. He worked for his father as a tow truck driver and mechanic after school.   He served with the Texas National Guard and worked to earn his master’s degree in English. He taught school in Gonzales and coached Jr. High Football. A.C. later worked for Southern Pacific Railroad, Halliburton, Seguin ISD, Nowsco, Kelly AFB, Northrop Grumman and finally retiring after working for BAE.

A.C. loved fishing, hunting, UT football, and working in his garden growing tomatoes and peppers. He was a hard working and loving father and grandfather. He shared his knowledge of hunting, fishing, and making wine with his grandchildren. They cherished his love and the time he spent with them.

A memorial service will be held at 3 pm Tuesday, May 24, 2022 at Seydler-Hill Funeral Home with Dr. Matt Pennington officiating. Interment will follow in the Gonzales Masonic Cemetery. The family will receive friends from 2 to 3 pm at the funeral home prior to the service. Memorials may be made to the Gonzales Masonic Cemetery. Friends may leave their condolences to the family by visiting www.seydlerhillfuneral home.com. Services are under the care and direction of Seydler-Hill Funeral Home.