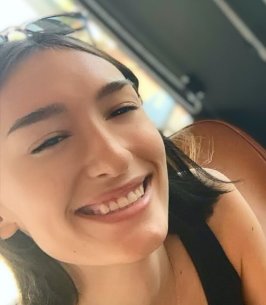 On September 24, 2022, Gianna Sophie Jewett left this world suddenly at the tender age of 17, leaving behind many broken hearts. Gianna was born on February 27, 2005 in Wiesbaden, Germany to Scott Edward Jewett and Barbara Ann (Chucknick) Jewett.

A Celebration of Gianna’s Life and visitation with the family will be held on Wednesday, October 5, 2022, 5:00pm-8:00pm at First Baptist Church of Nixon, 403 N. Texas Avenue, Nixon, Texas. Black attire optional.

A graveside service will be held on Thursday, October 6, 2022. 2:15pm, at Fort Sam Houston National Cemetery. Pastor Terry Davis will be officiant of the services.

In lieu of flowers, donations may be made to the Gianna Jewett Memorial Scholarship Fund which will provide one or more scholarships to Nixon-Smiley High School Band students. You may donate in the following ways: