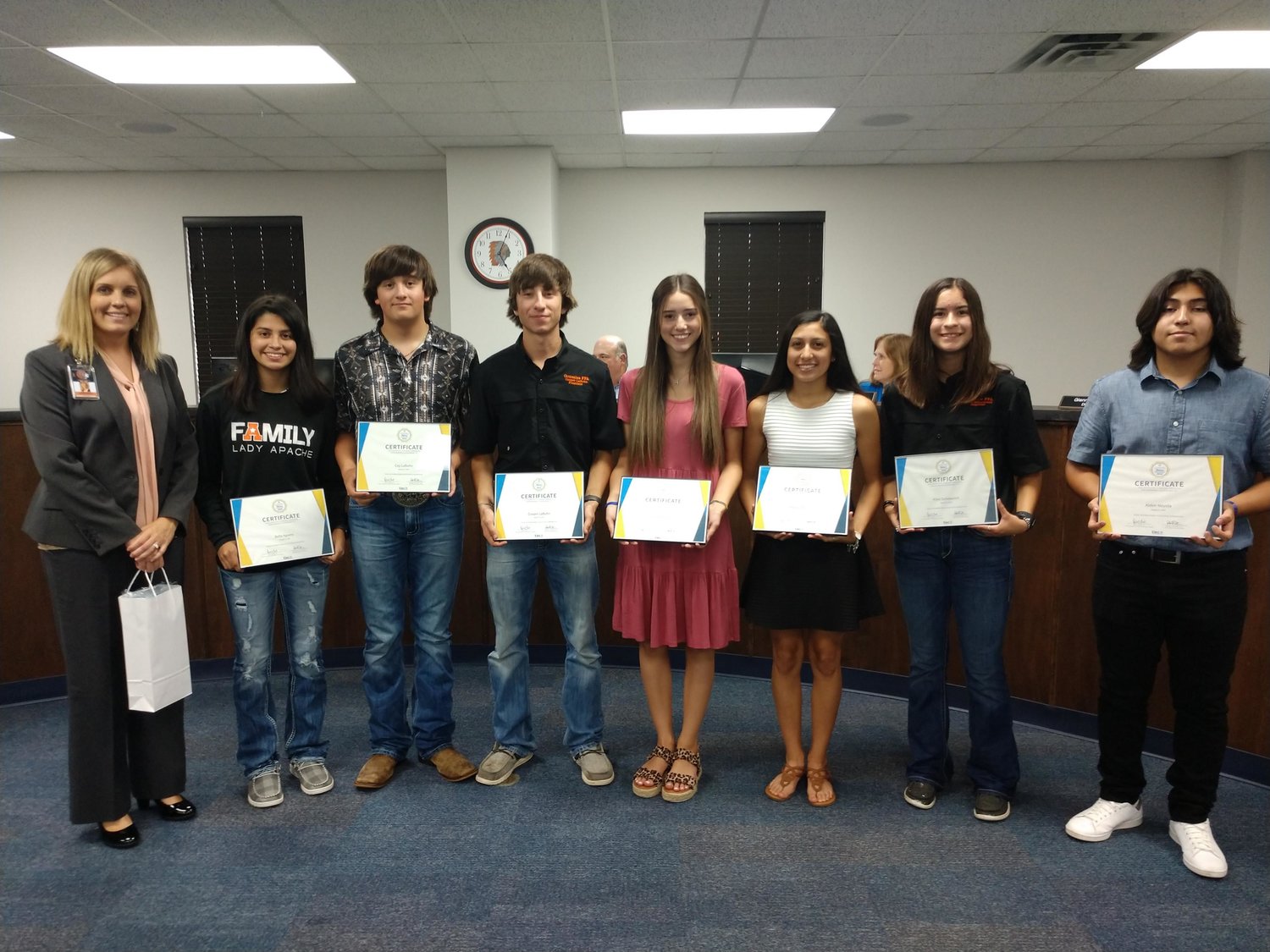 The Gonzales ISD school board voted unanimously to lower the tax rate for the 2022-2023 school year in a special meeting Monday, Aug. 29.

In the last five years, the GISD tax rate has decreased in a combined 19.17 pennies, according to GISD Chief Financial Officer Amanda Smith.

In other school board business, the board approved a free breakfast and/or lunch incentive program for licensed law enforcement officers.

Robin Trojcak, GISD director of accountability student support services, mentioned this was brought up in the past, and added this would be a great “incentive” for law enforcement officers to come to the campuses.

“At any time, if they're on duty, coming to our campus, between breakfast hours or lunch hours, they will be offered a free breakfast or lunch meal if they wish,” Trojcak stated to the board.

The board approved the agenda item unanimously, 7-0.

Later, the board discussed actions regarding reporting an educator for contract abandonment. GISD Human Resource Officer Haley Ratliff said the educator provided no reason for a resignation to the district or explanation for the abandonment of the contract.

Ratliff said Human Resources had made several attempts to contact the educator via phone and email.

Under the Texas Education code, the district and the educator are bound to honor employment contracts for the term of the contract.

“The educator may resign their contract for the upcoming school year by submitting the written resignation no later than 45 days before the first day of the school in order to ensure the district has sufficient time to hire a replacement before the school year begins,” Ratliff said.

If the educator submits their resignation after the 45 days, they must have the consent from the superintendent or the human resource officer for the approval of the resignation.

“If an educator fails to report to work after being notified of his or her resignation not being accepted, the district may pursue sanctions against the educator’s certification,” she said.

GISD Superintendent Dr. Elmer Avellaneda made a comment regarding the educator who abandoned their contract.

“I'm willing to work with any educator, but you're not going to leave our students high and dry just because of not a good reason. I am not okay with that,” Avellaneda stated.

The board voted 6-1 to file a report of contract abandonment to the State Board of Education.

The board approved the following agenda items: