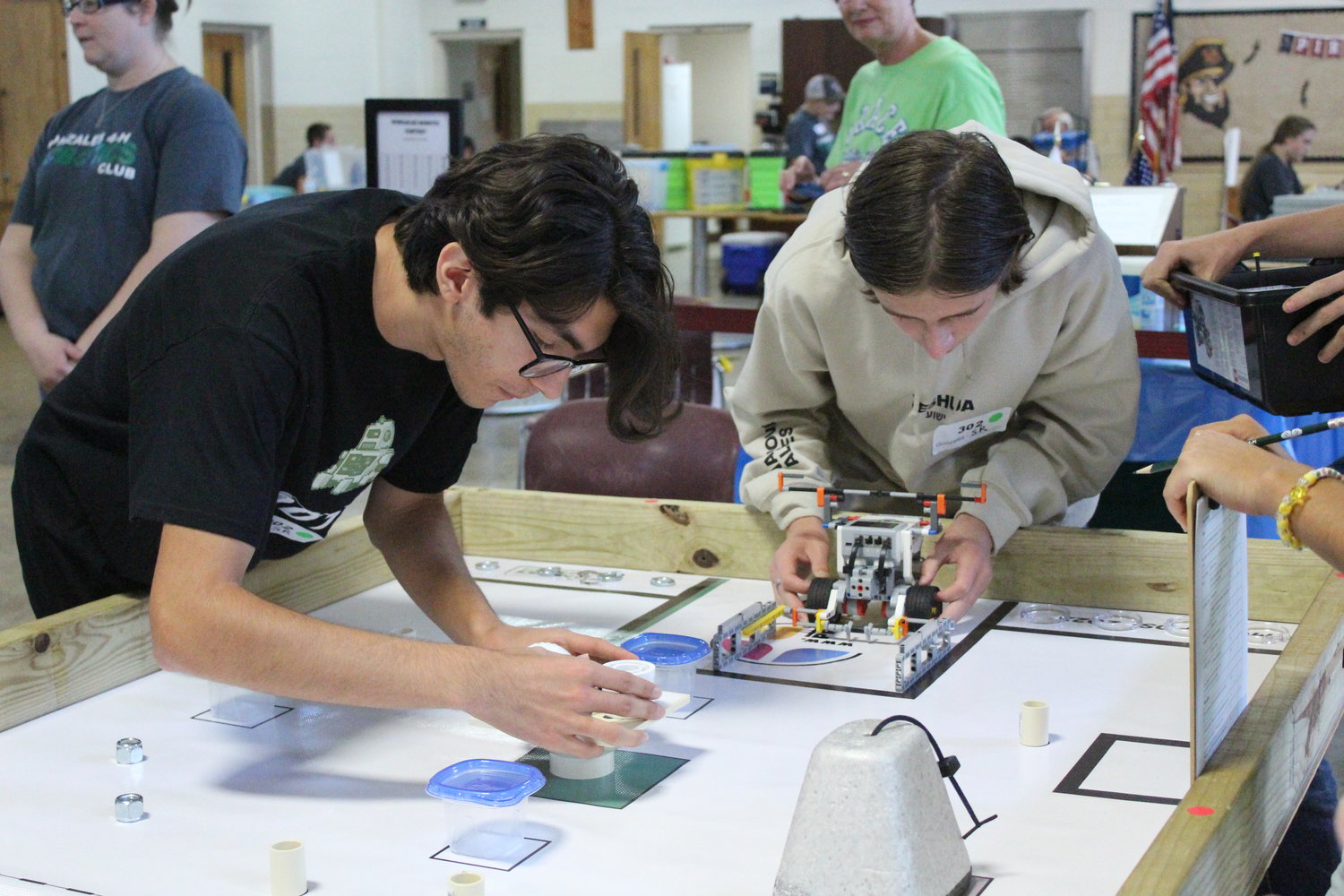 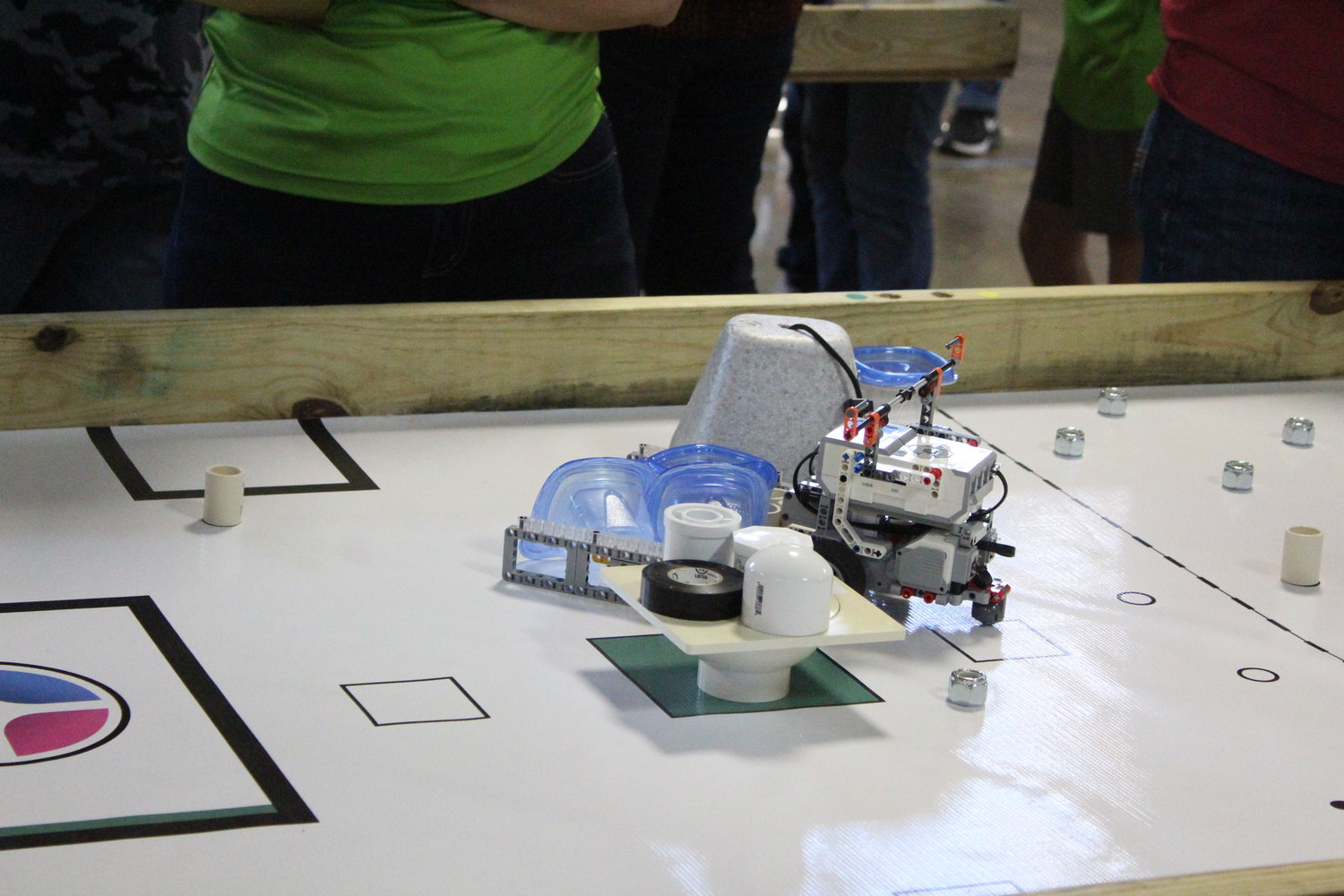 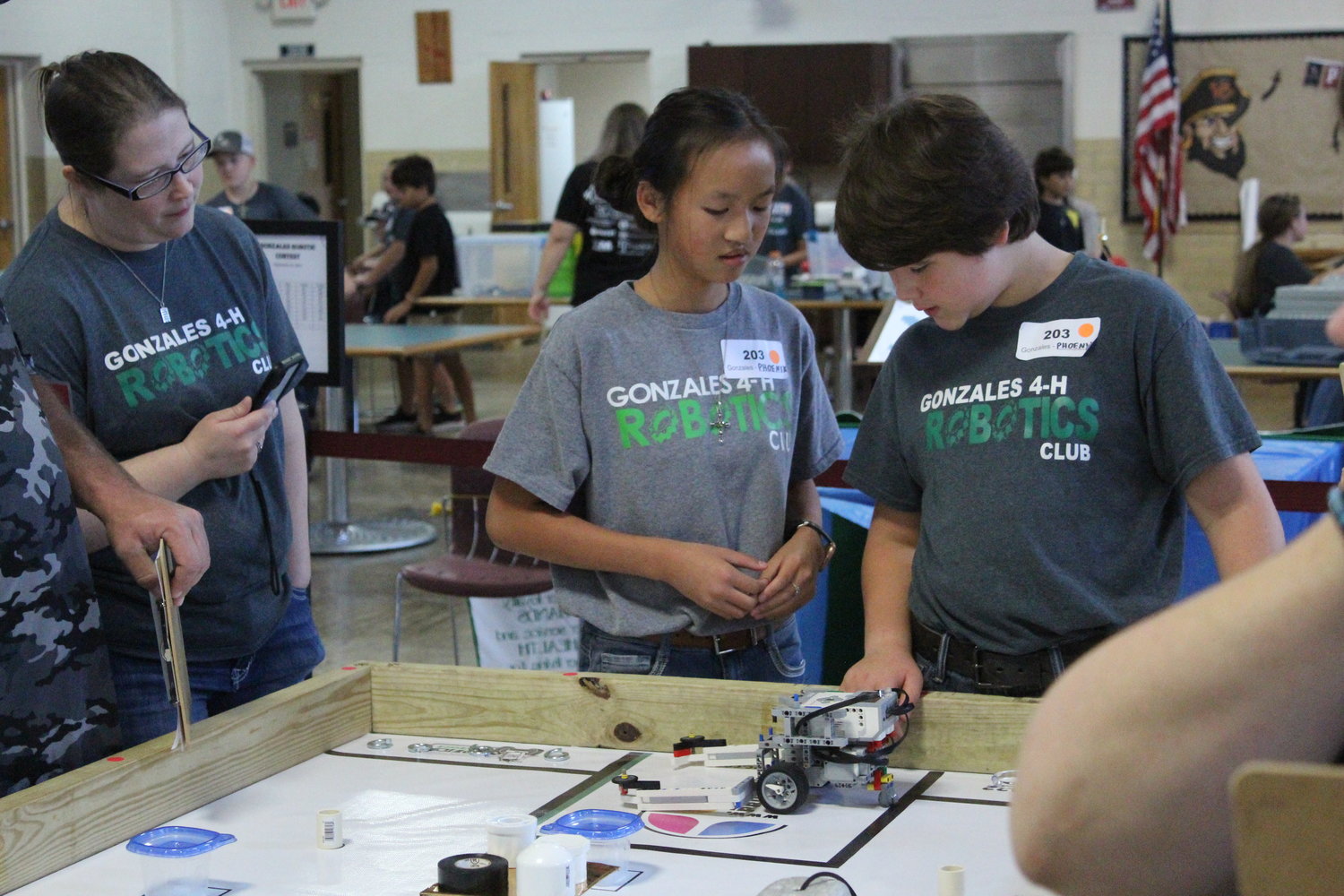 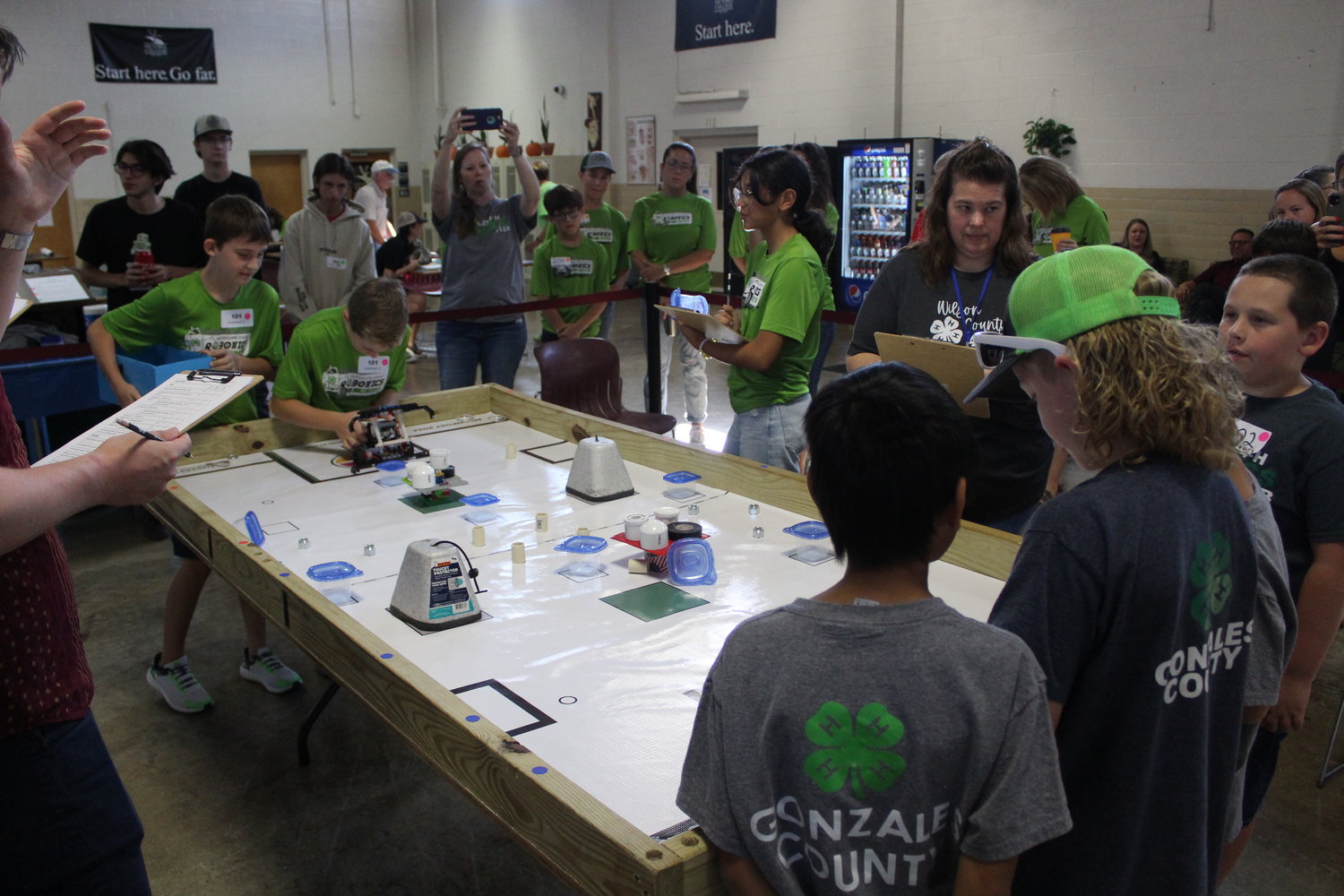 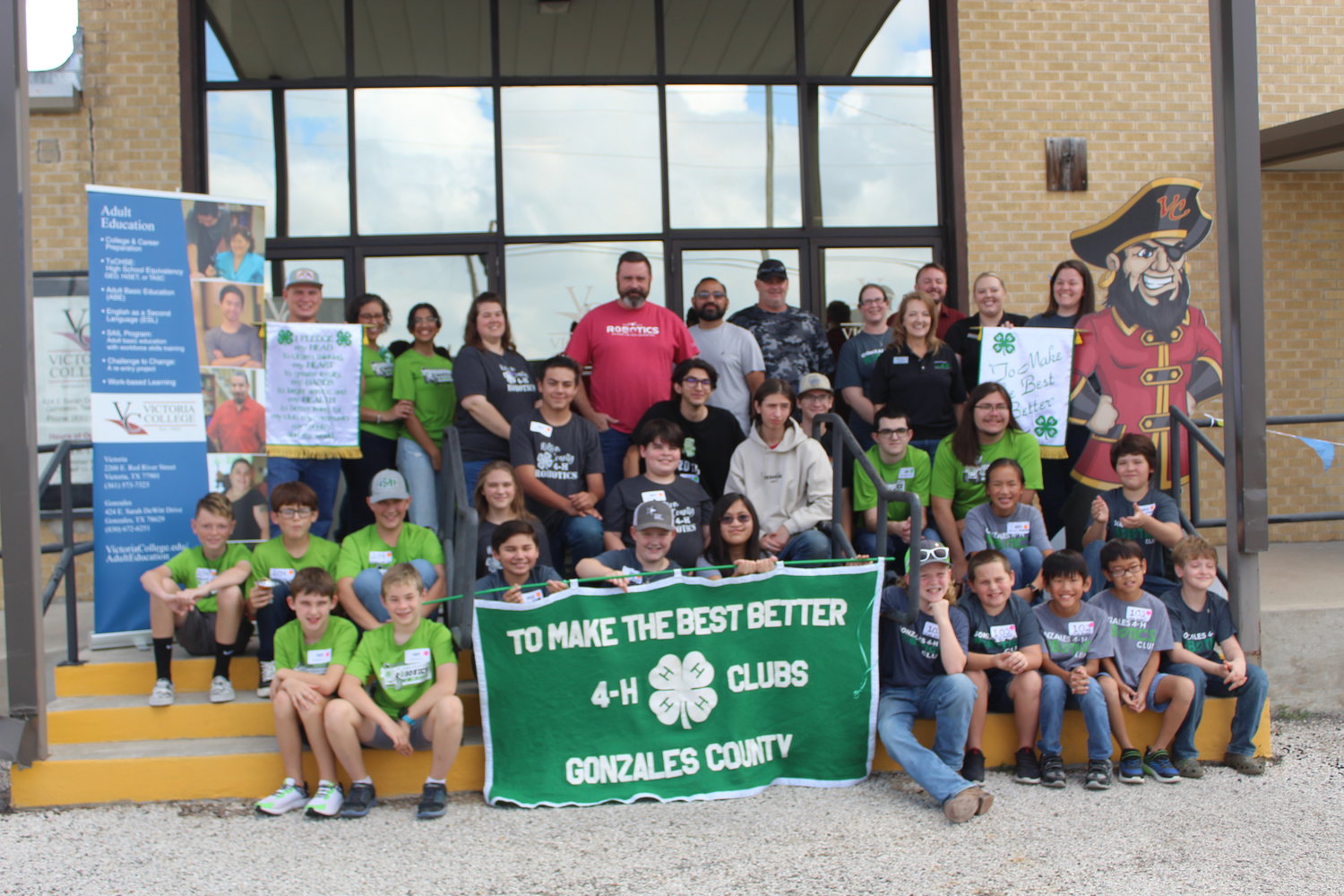 Children from around the Gonzales area gathered to show off their robotics skills at Victoria College-Gonzales on Saturday, Sept. 24.

The Gonzales 4-H hosted a statewide robotics event at the college for children ages between 10 and 17. It was mostly comprised of teams from Gonzales County and Guadalupe County; many of them competing with their Lego robots which were programmed to do certain tasks, laid out on an obstacle course.

Shantell Cheatham, the club manager for 4-H Gonzales, has been working on the robotics program for three years and was excited to bring the competition to Gonzales.

“We have finally grown enough that we decided to hold our first contest and we think it went well. So we're gonna go ahead, and during the county show, we're gonna host another contest, which is Ag robotics. So it's a different type of programming, but the kids will they just love it,” Cheatham said.

The children showed off their creative and programming skills at the event and Cheatham complimented the students on how much work they put into their robots.

“You can see all of the effort and everything that they put into it. We are so proud to watch these kids shine and show off how great they are and the work that they've done,” Cheatham said.

One of the teams from Gonzales was named grand supreme champion and grand champion in the senior division.

Oeltjen and his team was surprised that they won the competition.

“It was crazy. We had a week to prepare, and our competition has a record for being pretty good,” Oeltjen said.  “And to come out here and just have all this fun.  It was really something and it's pretty awesome.”

Oeltjen explained his hobby and how the competition works.

He explained they build robots from Legos and can program them through the computer to make the robot do certain things and tasks, and have to complete those tasks in certain amount of time.

“This is really a great experience. I just love it. I love robotics. And even though it's pretty new to me, I think everybody should get some of this,” Oeltjen said.

Gayle Bludau of Texas A&M AgriLife Exension in Gonzales was really impressed with Cheatham and how the program had grow for the past three years.

“Her enthusiasm for robotics and STEM is contagious. And that's why this program was such a success today,” Bludau said.

Bludau was really impressed by the creativity from the different robots that were presented at the competition.

The children put in a lot of work into these robots, and they’ve been “practicing every week,” Bludau said.

“The fact that a third grader knows how to code is unbelievable. And so after each round, they're going back to their table making adjustments, changing the computer program, so that the next round their robot is more successful,” Bludau said.

Bludau remembers when Cheatham approached her about doing robotics competition in Gonzales, and she wanted one here, she said.

“There's a lot of details that have to be done and the contest has to be fair and the registration process was overwhelming. But now that we've gotten through the first time, I'm not afraid anymore, and I'm ready to go {for next year],” Bludau said.

Bludau hopes next year’s competition in Gonzales will be bigger than the first year.

“I’m hoping we'll have more teams. I'm incredibly thankful to Victoria College for having this large facility for us to use for this contest, because without them, I don't know how I would have made it possible,” Bludau said.