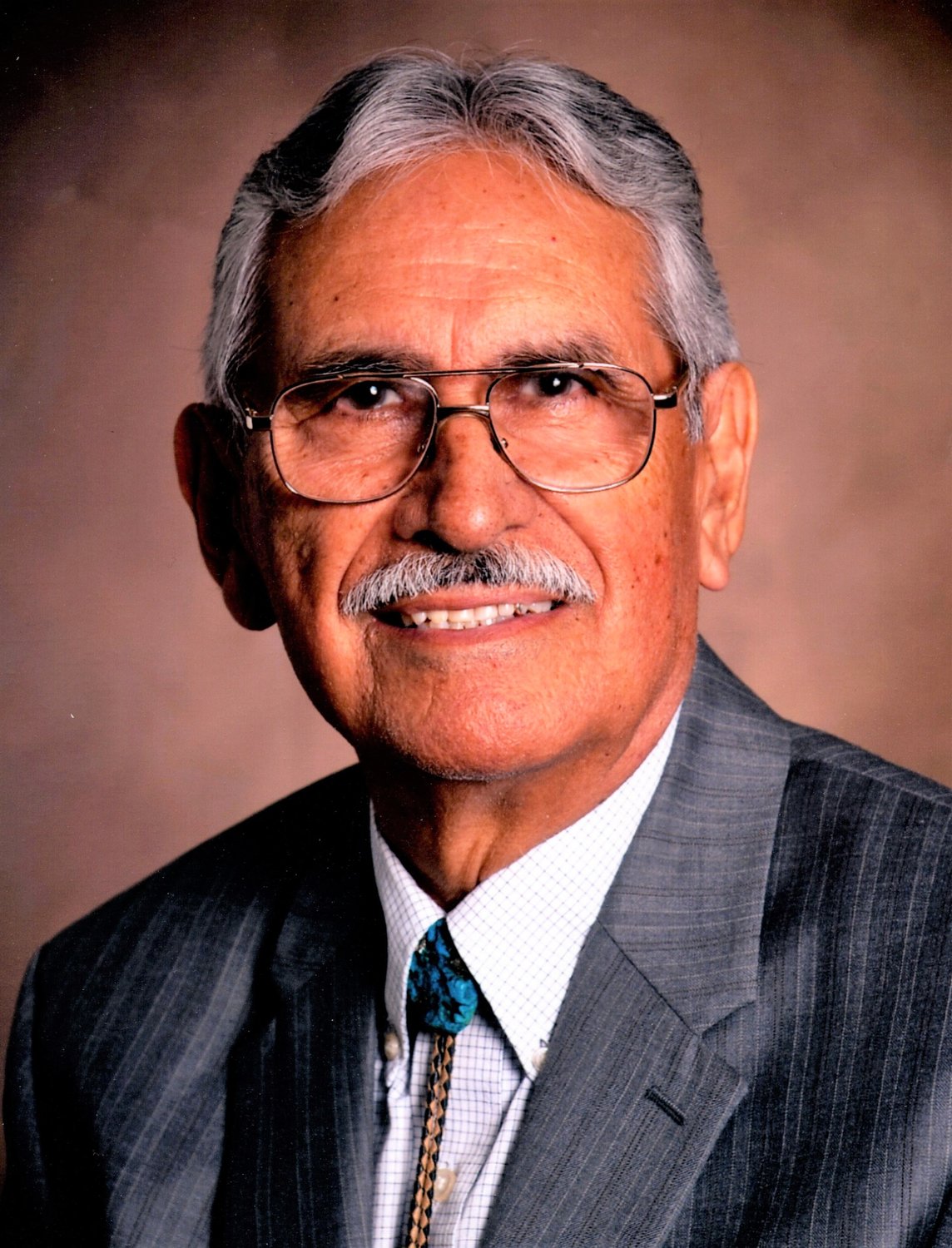 Jose “Joe” Gomez, 84, of Gonzales, passed away Friday, February 4, 2022. Joe was born March 21, 1937 in Waelder, Texas to Praxedes Gomez and Rosa Garcia.  Joe married Lillie Perez on June 22, 1958 in Sacred Heart Catholic Church in Gonzales. He was a member of Sacred Heart Catholic Church, Knights of Columbus Council #5090, Woodmen of the World, and the Saint John Paul II National Shrine.

Joe began his career working for American Poultry as a truck driver.  He traveled the state of Texas making deliveries and knew just about every road and shortcut to take to get to any destination.  He decided to go to Barber school in Austin and started the family tradition of cutting hair. He started at Fernando’s Barber Shop where he worked for ten years.  Then in 1970 he and his cousin Victor started Vic and Joe’s.  Their decision to start a business together came from a shared fondness for barbering, as well as a yearning for entrepreneurship.  Joe was an extrovert and liked keeping up with friends and making new ones.  It was what he liked most about his profession.  Joe would regularly donate his time to cutting hair at The Texan and The Heights nursing homes.  He never asked for payment.  He was also known to make house calls whether it was a regular customer or not.  He had a special way with children, and it brought him great joy to give them their first haircut.

In 1981 Joe was asked to go the old jail to give haircuts to the actors during the filming of the movie The Ballad of Gregorio Cortez.  However, when he arrived, he was asked to take the role of Cortez’s interpreter in the courtroom scene.  Joe remembered the 2 weeks on set as something really special…he even got paid!  Joe, his wife Lillie, and his daughter Sylvia attended the movie premiere in San Antonio sitting next to Edward James Olmos & his family.

Joe entered the Come & Take It Beard growing contest for many years and proudly displayed his trophies for Most Colorful & Best-Groomed beard.  Joe was proud of the fact that he still had all of his hair at his old age and could often be found looking in the mirror making sure every hair was in place.  He was a handsome well-dressed man.  He enjoyed picking out his Sunday church suit, tie, and shoes every Saturday evening making sure everything was color coordinated.

Joe was an athlete at a young age.  He was an avid baseball player.  His brother Rafael recalled that Joe could play every position except pitcher.  Robert Guerra was instrumental in getting Joe into tennis.  He enjoyed playing with his many friends - Robert Remschel, Leon Netardus, Bim Miller, Dr. Jim Price and Duane Almaguer to name a few.  He would often be paged at the local grocery store or Wal Mart by Dr. Price who was needing a doubles partner on the spot for his weekly match.  He moved onto golf and appreciated the mental aspect of the game.  After being diagnosed with peripheral neuropathy in early 1990, he took up walking as a form of daily exercise.  This was an activity he continued up until his 80’s walking at least 2 miles a day.  Joe enjoyed the discipline, skills, and camaraderie that sports taught him throughout his life.

Joe was a lifelong member of Sacred Heart Church in Gonzales.  He conducted the Sacred Heart Bingo and Sacred Heart Auction for numerous years as fundraising efforts for the church.  In his later years he was known as the “bread man” for the Sacred Heart Bereavement Committee.  He and his wife Lillie, along with Sister Anita De Luna and Chale and Teresa Deleon started the Sacred Heart Adult Choir in 1975-1976.  He was still playing his vihuela with the church choir every Sunday until the pandemic hit.  He was most proud of the choir’s accomplishment of auditioning and being selected to play for the mass during Pope John Paul II’s visit to San Antonio on September 13, 1987.  He would often marvel and become overcome with emotion to know that he played for a Pope and a Saint.

Joe’s life motto was simple – love one another, forgive others as well as yourself, and serve one another regardless of race, religion, or creed without expecting anything in return.  This was the example he set and would want all to live by.  Joe would often say “The Lord has been so good to me all of my life” and he would thank him every morning and every night.  Joe was an adoring husband to Lillie for 63 years and proud father of his children Sylvia, Michele, and Lisa.  Joe will be fondly remembered by his family and friends for his beautiful smile, generosity, his sense of humor, nicknaming of family members, making up his own slang sayings, and sitting outside his front porch admiring his rose bushes.

The family wishes to extend their gratitude to Dr. Terry Eska, Gonzales Memorial Hospital Home Health Agency, and The Care Team Hospice of Gonzales.  A special thank you to Alice Lopez, Richard Perez and Mindy Hernandez-Shield for helping to care for Dad during this time.

The family will receive friends from 5 to 7 pm Tuesday evening, February 8, 2022 in Seydler-Hill Funeral Home.  Recitation of the Holy Rosary will follow at 7 pm in the funeral home. A Mass of Christian Burial will be held Wednesday, February 9, 2022 at 10 am in Sacred Heart Catholic Church with Fr. Paul Raaz celebrating.  Interment will follow in the Gonzales Catholic Cemetery.  Pallbearers: Alfred Gaytan, Aaron Gaytan, Daniel Camarillo, Marcus Hernandez, Felipe Martinez, and Gilbert Martinez. Honorary Pallbearers:  Victor Aguilar, Rafael Aguirre, Richard Perez, Alfred Perez, Gilbert Perez, Willie Gomez and Pat Plunkett. Memorials may be made to Sacred Heart Catholic Church and the Knights of Columbus Charities, Council #5090, P.O. Box 612, Gonzales, Texas 78629. Friends may leave their condolences to the family by visiting Joe’s obituary on www.seydlerhillfuneralhome.com. Services are under the care and direction of Seydler-Hill Funeral Home.