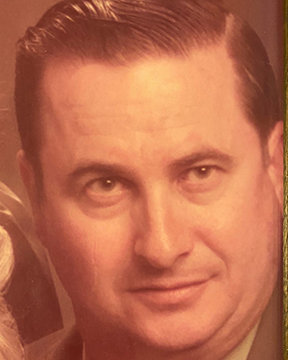 He was a loving husband and brother, wonderful father and grandfather and a true friend to many. He was dearly loved and will be greatly missed.

Mike was born on February 24, 1941, in Uvalde, Texas to Howard Lofton and Ima B. Perkins. He graduated from Uvalde High School in 1958. He attended Southwest Texas Junior Collge for two years. He continued on to receive a degree in Agronomy and Crop Science from Texas A&M College in Kingsville, Texas in 1964.

He served his nation proudly in the US Army for two years, achieving the rank of E5.

Michael was married to his wife Rosemary Knippa on February 21, 1964. They were married for 56 wonderful years. They had two daughters; Kathryn Elizabeth and Cynthia Annette.

Early in his career, Michael was employed by USDA SCS. While living in Cleburne, TX, he served as Vice-President in charge of Agriculture at Cleburne First National Bank and also was a member of the Junior Chamber of Commerce and the Lion’s Club. During the last twenty years of his career, he was a U.S. Department of Agriculture Farm Service Agency Supervisor for Gonzales county. Upon retiring, he became a traveling Notary and Signing Agent who serviced ten different counties.

He had a passion for hunting and a great love and respect for all wildlife. He enjoyed hunting with his son-in-law Joe and grandson Rian. Other interests included fishing, coaching Little League teams and reading. But most important to him was spending quality time with his family.

He was preceded in death by his parents Howard Lofton and Ima B. Perkins.

In lieu of flowers, donations can be made to the Knippa Cemetery Fund Emmanuel Lutheran Church P.O. Box 130 Knippa, Texas 78870, the Texas Parks and Wildlife Foundation or a charity of choice.