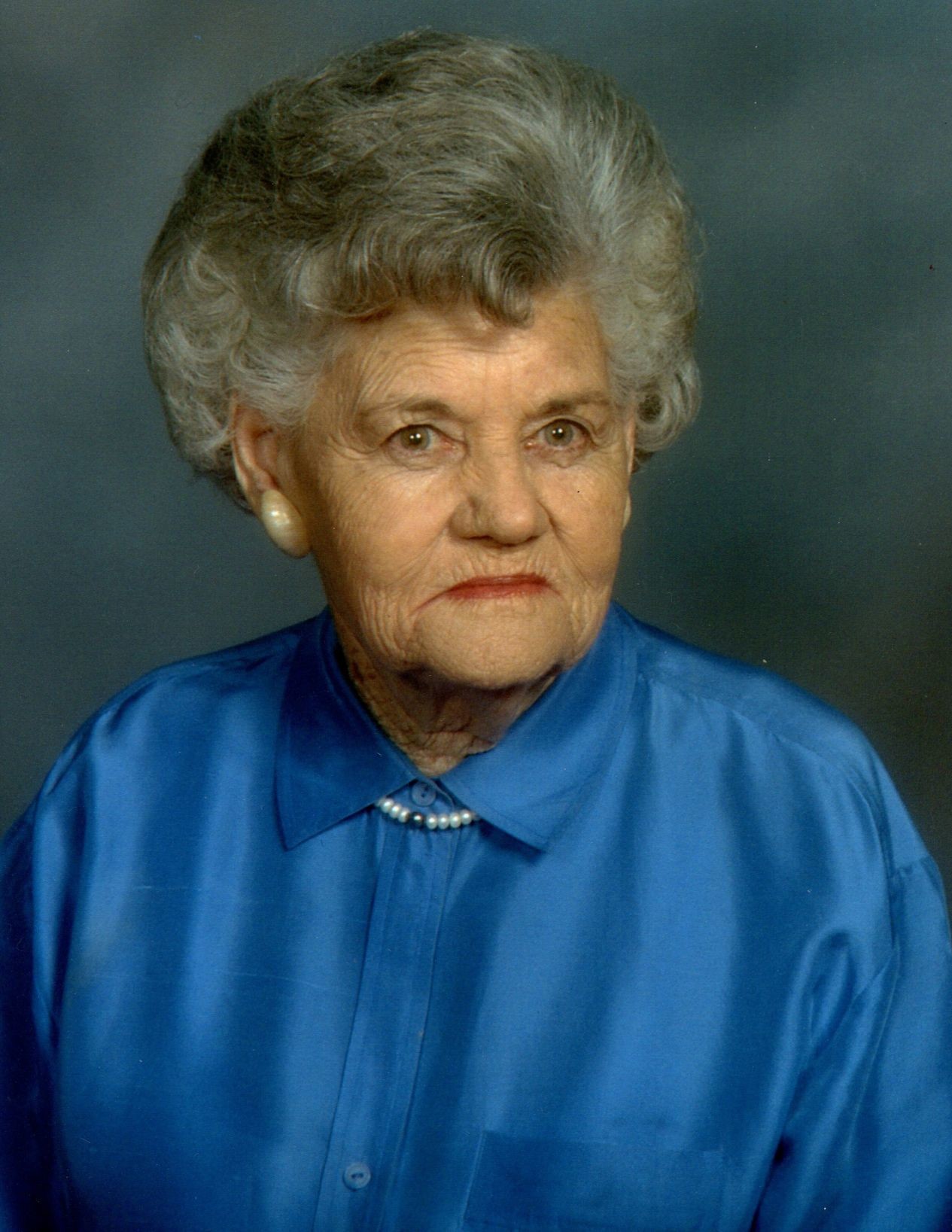 Ottilo Frances Krause Buchholtz, 93, of Gonzales, was born April 28, 1924 in Gonzales to Otto Krause and Helena Gertrude DeJardo Krause. Frances married Herman Fred “BeBe” Buchholtz on August 13, 1943 in Gonzales. She was a member of the Gonzales First Lutheran Church and had served as vice-president of the Travis State School.

Frances grew up in Gonzales and frequently moved with her family wherever her father could find work as a share cropper. Hardships flourished in those early days of her youth, the great depression weighed heavily on the backs of the entire nation, farmers had to work extra hard to scratch out a living as waves of dust choked their crops. Certainly, these were trying times, but for Frances these were times that built character, unwavering determination and a tremendous appreciation for family. Frances worked for the Gonzales Cotton Mill until it closed down and then she traveled every work day to New Braunfels where she worked at the New Braunfels Cotton Mill. She owned and operated Adorable Florist, a flower shop in Gonzales for 10 years before going to work with her husband at Gonzales Processing. This was a good fit for Frances and she worked well with her son Herman, “Junior” as he was popularly known in those days. Herman Sr., was then able to focus more of his attention at the family dairy. Along with her daily work schedule Frances found time to be an exemplary home maker and caregiver to her Aunt Ella, her mother Gertrude Krause or “Big Momma”, and her brother Buddy Krause. Frances was a strong woman but always a graceful lady who dressed well with her hair and make-up tastefully kept. She was kind to all people. She enjoyed working in her flower beds at her home and marveling at the beauty that blossomed from her labor. Frances loved holidays where she could surround herself with her family and prepare an amazing dish for every course of dinner for Thanksgiving or Sunday dinner all prepared with earnest love.

Galatians 6:9 states, “And let us not be weary in well doing: for in due season we shall reap, if we faint not.” Frances worked hard and gave of herself all of her life. She loved the Lord and in due season He rewarded her with grandchildren! Frances showered her grandchildren with boundless love. Every Friday was a trip to Granny and Grandad’s where a pool and playhouse with running water and electric lights stood in the yard; the attic was converted to a playroom and Barbie dolls and Barbie accessories lay waiting for Becky and Chris and a Ken doll for James that was quickly replaced with a GI Joe. Becky, Chris and James raced to their Christmas stockings every Friday during the month of December where new Barbie dolls and accessories lay waiting for the girls and toys for James. Adventures abounded with Granny as she sought to share life experiences with her grandchildren by taking them on their first jet airplane ride from Austin to San Antonio as well their first train ride. So many treasured memories were made at Granny and Grandad’s and so very much love was fostered through the gentle and adoring nature of a loving grandmother.