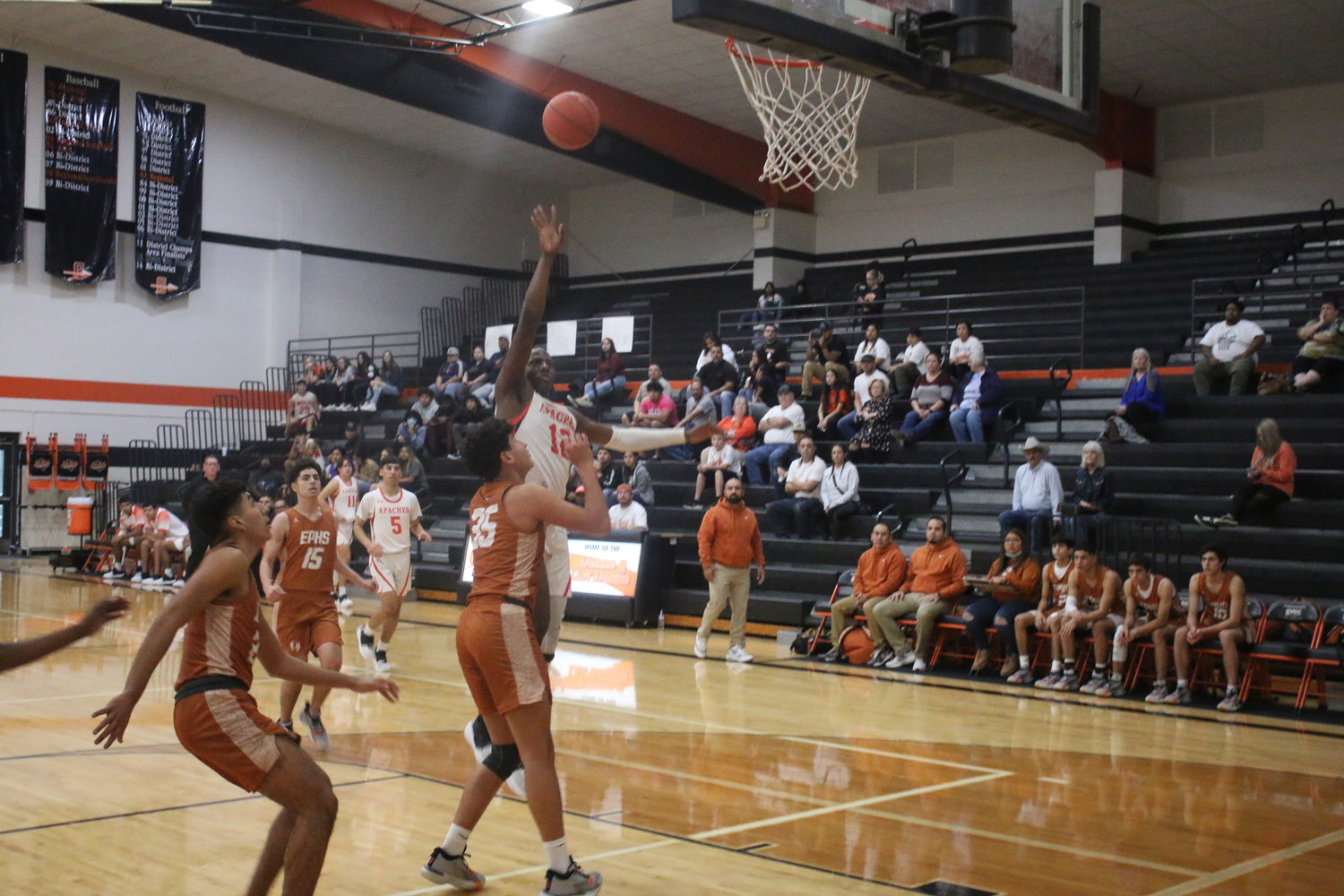 Jeremiah Hastings puts up a shot against Eagle Pass in an earlier game this month. Hastings scored 25 points in a win over Karnes City on Friday, Dec. 10.
Lew K. Cohn 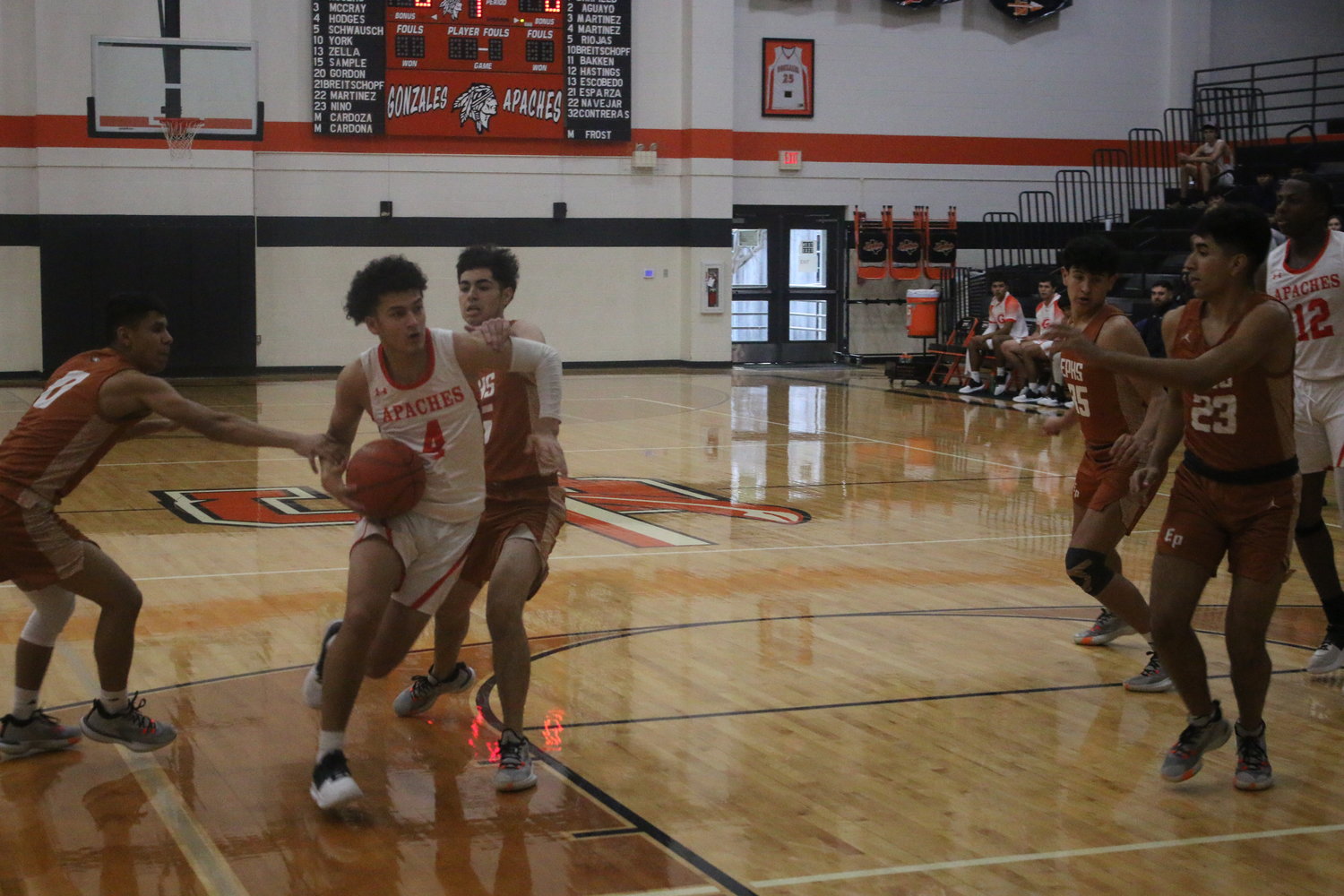 The Gonzales Apaches never trailed in their game against the Karnes City Badgers as they won their seventh game of the season in a 69-46 rout at home Friday, Dec. 10.

The Apaches (7-3) jumped out to an early 8-0 lead in the first period en route to a 16-6 advantage. In the second period, the Badgers closed to within 17-12 before Gonzales went on an 18-0 run, thanks to their fast break transition game and a pressing defense reminiscent of the old “Running Apaches.” Karnes City responded with a 10-3 run and the half ended with Gonzales up, 38-22.

The Apaches held the Badgers to just three three-pointers in the third period and outscored Karnes City, 14-9, to increase their lead to 52-31 with one period to play.

An 11-2 run made it 63-33 in favor of Gonzales in the final period. The Badgers would close out the game on a 13-6 run but it was too little, too late as the Apaches had the game firmly in hand.

Jeremiah Hastings led all scorers with 25 points, while Angel Martinez poured in 20 and Xavier Aguayo had 13. The three together scored 58 of the Apaches’ 69 total points.

Gonzales was scheduled to take on the undefeated Nixon-Smiley Mustangs on the road Tuesday, Dec. 14, and then travel to San Antonio to face St. Anthony’s on Friday, Dec. 17.