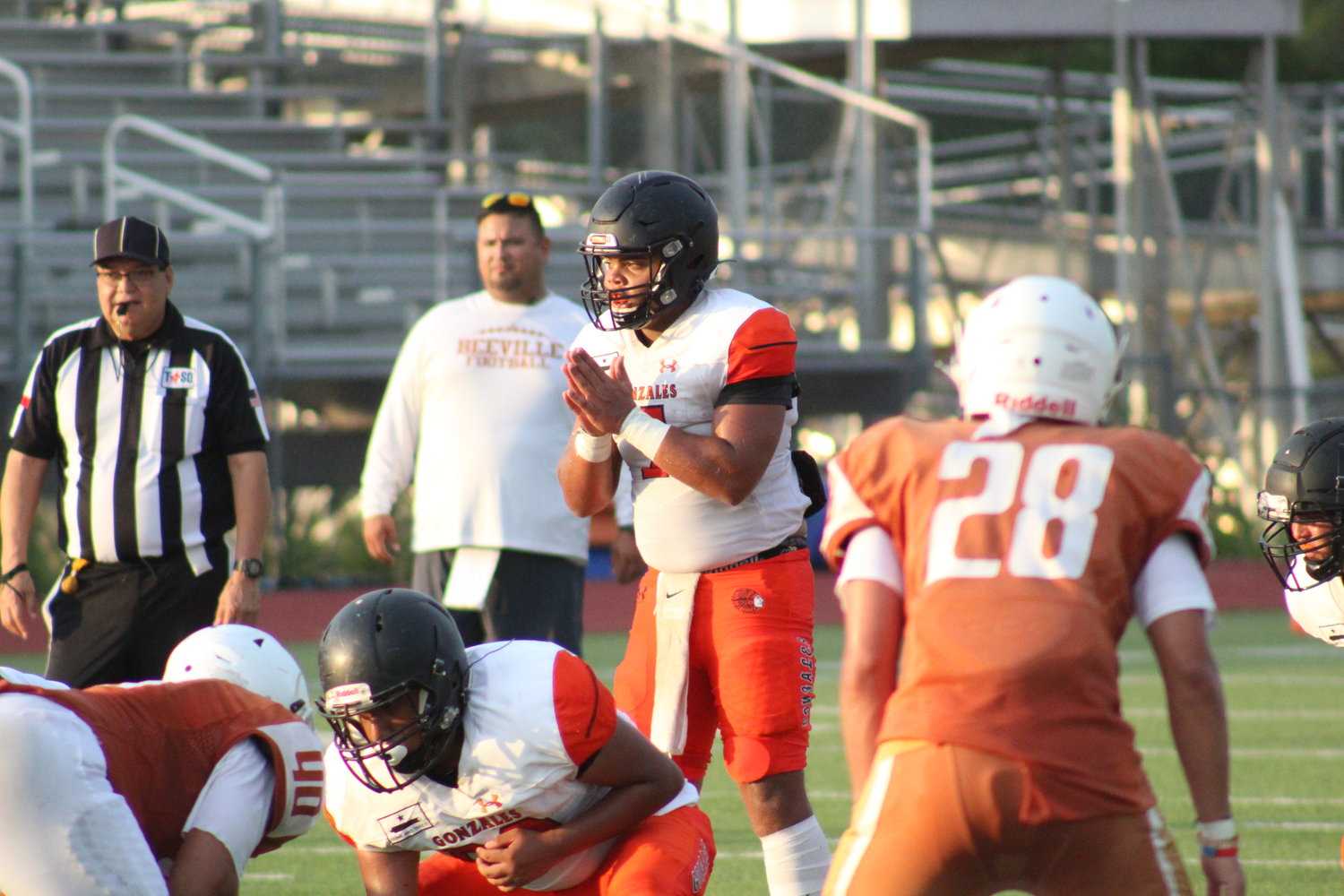 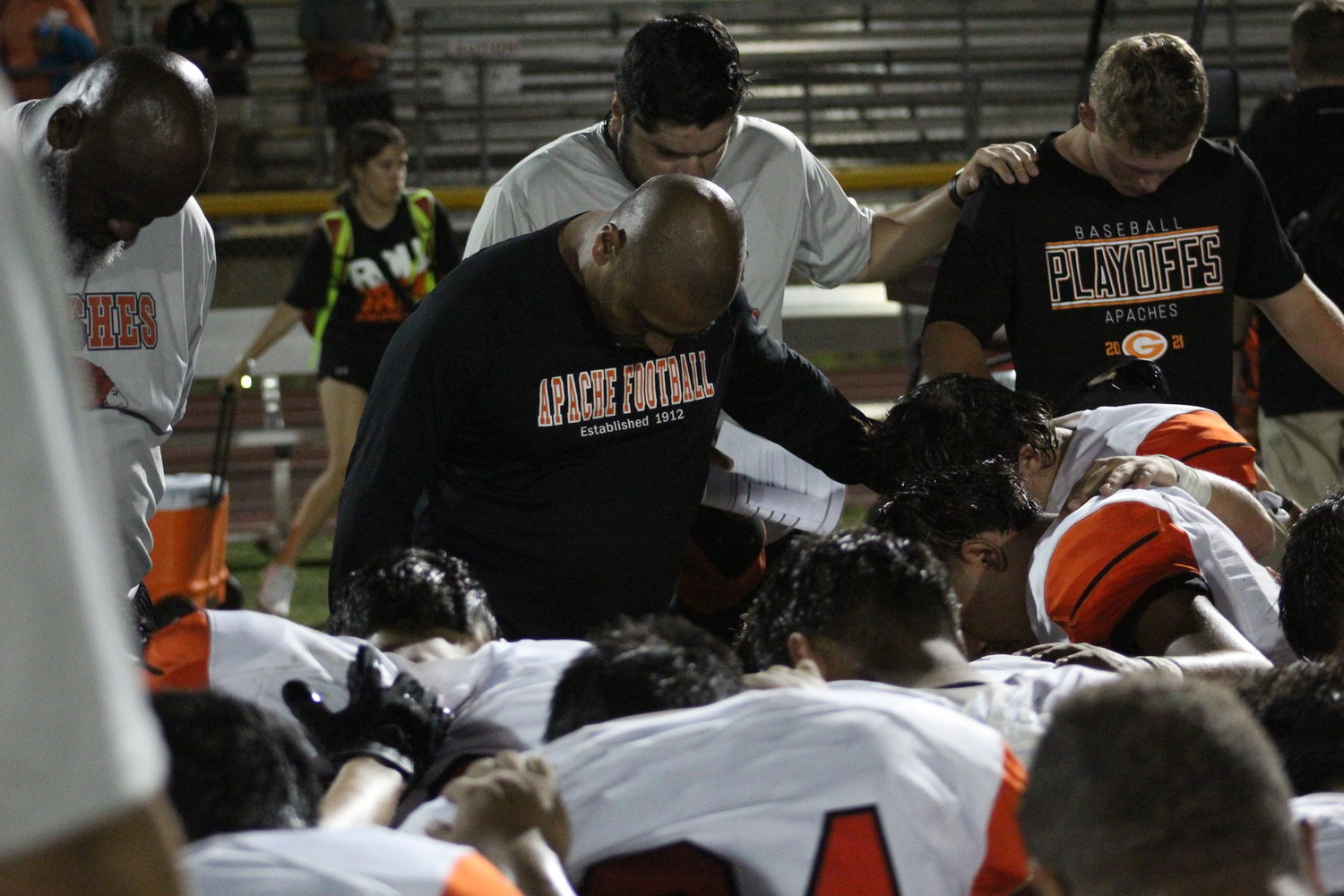 The Gonzales Apaches took the field in their first scrimmage of the season under new head coach Joey Rivera in Beeville on Friday, Aug. 12.

Rivera got his first chance to see his team as whole since becoming the new head coach for Gonzales and he saw nothing but positives.

The Apaches scored two touchdowns from Jarren Johnson to Davante Smith in the scrimmage and the defense held the Beeville Trojans to one touchdown and caught two interceptions.

The one thing that stood out to Rivera was “effort” by his team and that’s something he has been telling his players since the start of the season.

“I thought our guys composed themselves well on the field, even when some things didn't go right. There were no complaints amongst each other. They just got the job done and that's a good performance,” Rivera said.

Rivera was impressed by both sides of the ball, including Johnson and Smith getting the scrimmage going with two scores.

“Seeing Davante out there running, that's very good. He's a talented kid and we got a lot of weapons [this season] between Davante and Bug [Johnson]. He can spread the ball around to him and also to some guys that weren't able to touch the ball (Friday),” Rivera said.

Rivera was pleased with the weapons on offense, but his team has a lot of progress to make, he stated.

The defense shined against the Trojans, and Rivera was glad that his defense went against slot-T offense early to help them learn.

“It helps teach our defense and helps get our responsibilities down. Our defenses is very gap sound and responsible and going against the slot team earlier allows us to really teach that defense,” Rivera said.

Even though there were positives in the first scrimmage, Rivera will continue to work on consistency more heading into the Poteet scrimmage.

The Apaches will travel to Poteet Friday, Aug. 19, for the last scrimmage of the season at 7 p.m. Gonzales kicks off the regular season at home against the Bastrop Cedar Creek Eagles at 7 p.m. Aug. 26 at Apache Stadium.