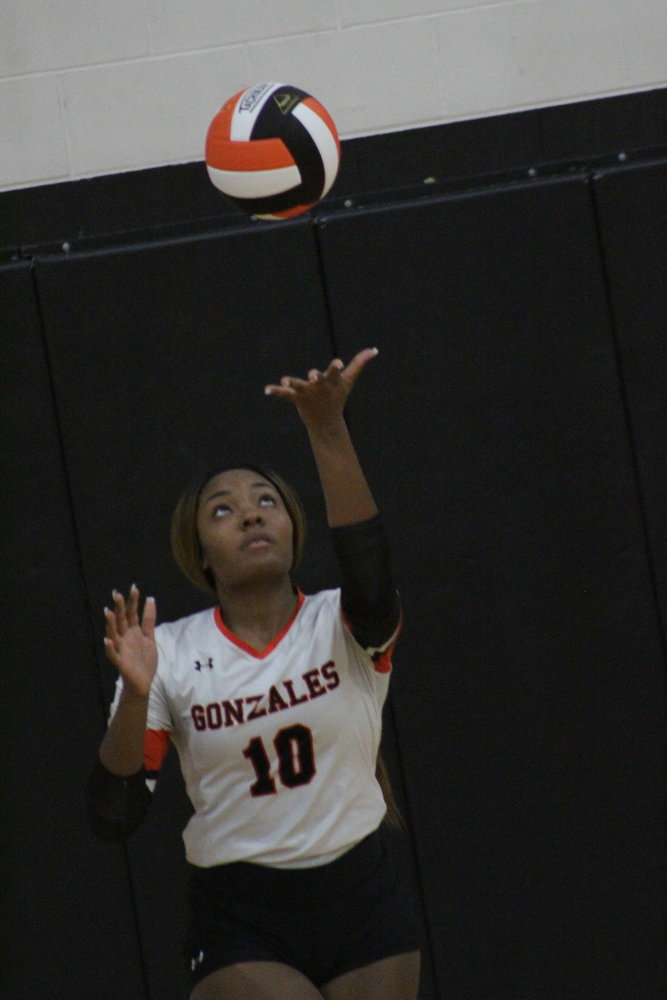 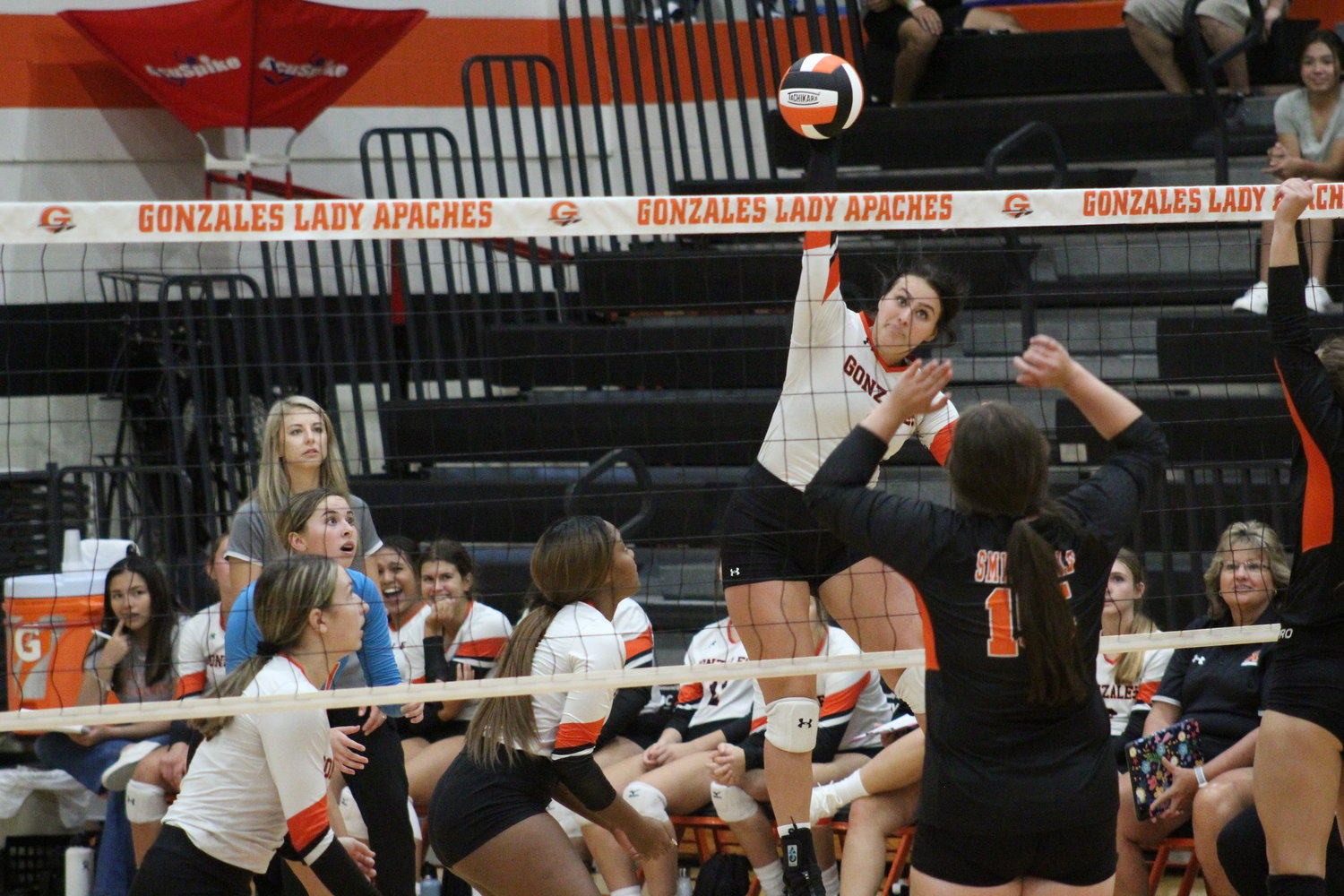 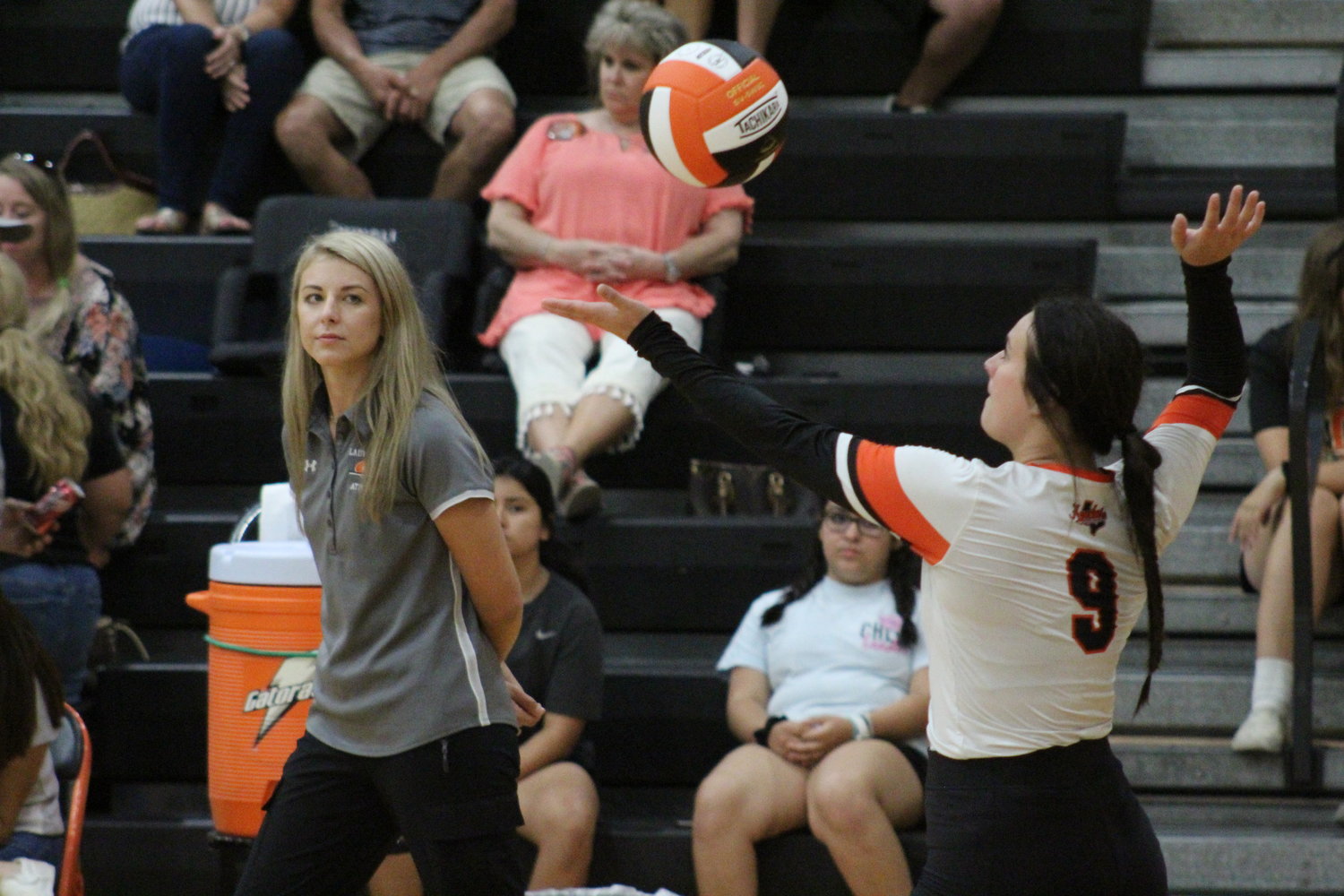 The Gonzales Lady Apaches Volleyball team kicked off their home opener Tuesday, Aug. 16. with a win over the Smithville Tigers.

The Lady Apaches started the match slow, losing a close first set, 22-25, but immediately rebounded in the next three sets.

Maddy York, McKenzie Hodges and Kristyn Baker made huge key plays during the three sets; including earning multiple aces to seal the win.

York talked about how the team kept their cool after the set one loss.

“We didn't play our top momentum [in set one] but I feel like these last few wins [sets two, three and four] shows everyone that we're capable of winning,” York said.

First year head volleyball coach Erin Miller was impressed by her team’s bounce back from the first set, and she took her players on the side of the court and told them to wash off the loss and play their game.

“We’ve got to play our game, find our tempo, and take care of business and actually run the court. We were fortunate enough to do that for the next three sets,” Miller said.

Hodges recorded five aces in a row in the win over the Tigers and several Lady Apaches contributed aces, and Miller felt her team’s strong point is taking advantage of the other team’s weaknesses.

“Serving is one of the spots that, whenever we play teams like this, we have to really make sure that we're getting those points out of serve to catch them off their heels,” Miller said.

The Lady Apaches will travel to Schulenberg this weekend for a tournament and Miller and York hope the win can motivate them heading into tournament season.

“We’ve got a lot of competition in Schulenberg; there's a lot of good teams. Schulenburg puts on a great tournament with lots of competition,” Miller said.

York knows that if her team plays down against their opponent, they won’t get anywhere, but she hopes the momentum of the win over Tigers is carried into the tournament and they can “knock everyone down.”

“I'm excited to get my girls out there and play another level of volleyball that sets another tempo for us. And hopefully we’re able to find our groove, find our tempo so we can take that into the rest of the season,” Miller continued.

The Lady Apaches improve to 2-3 this season.

Gonzales will travel today to Schulenburg for their second tournament of the season.