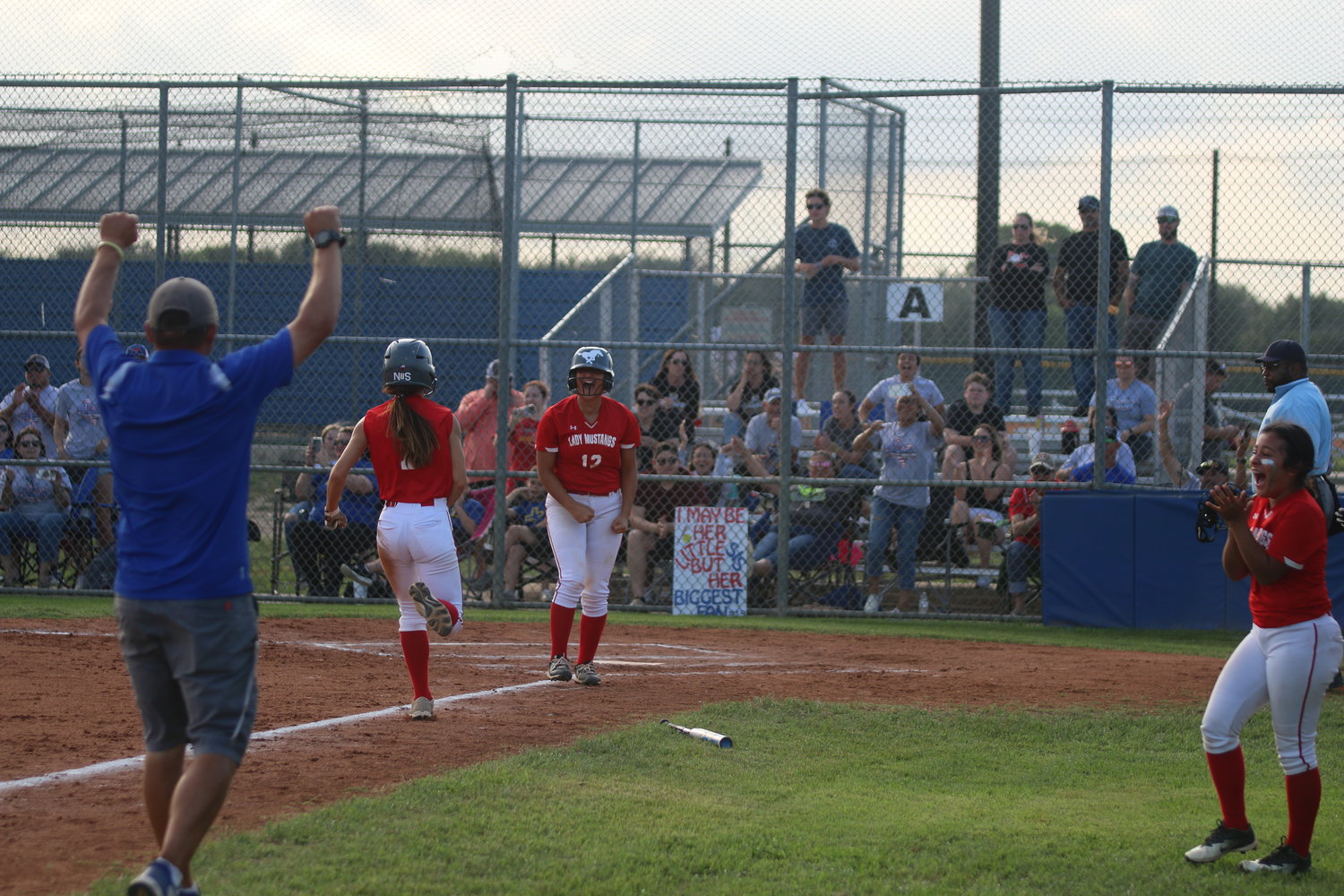 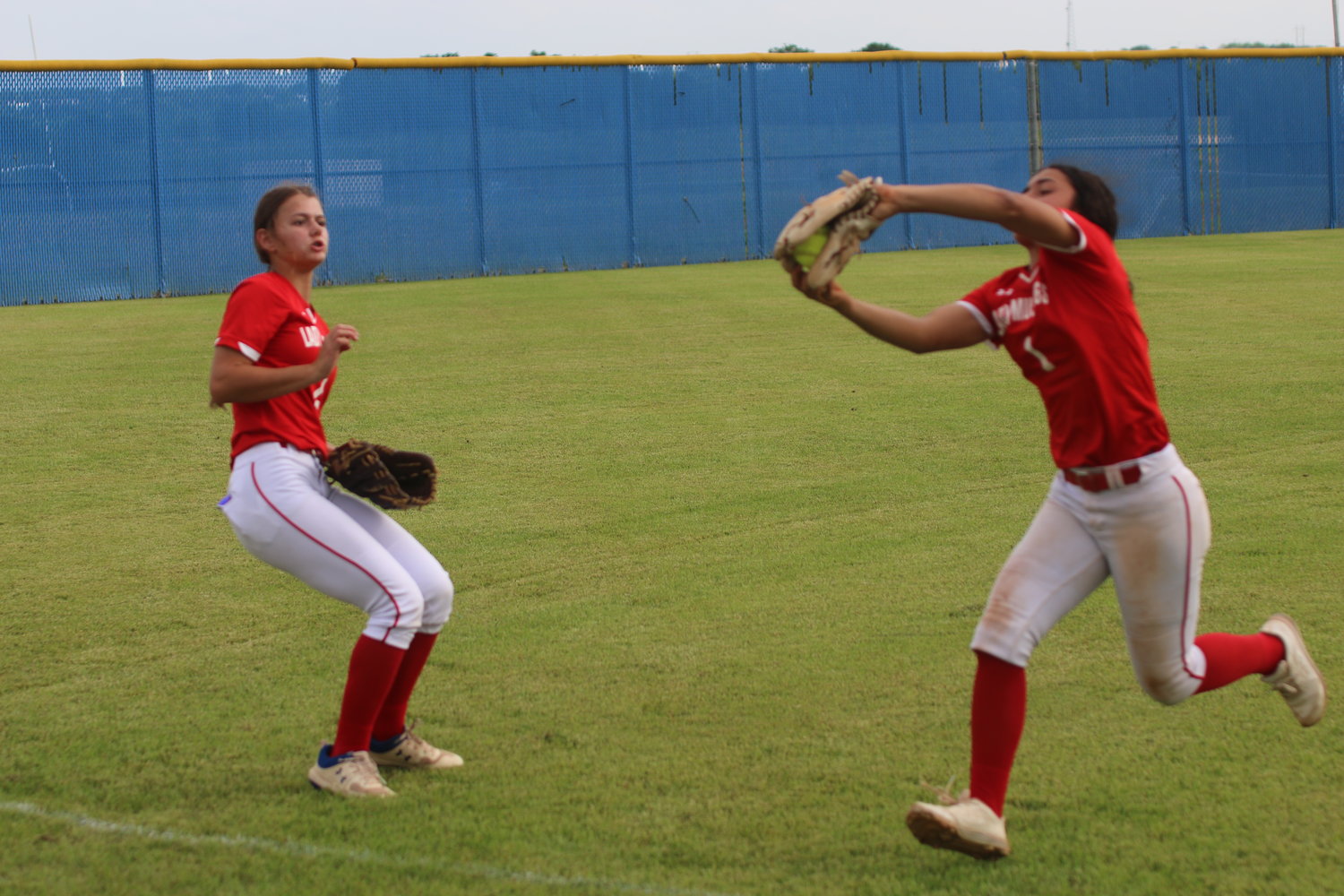 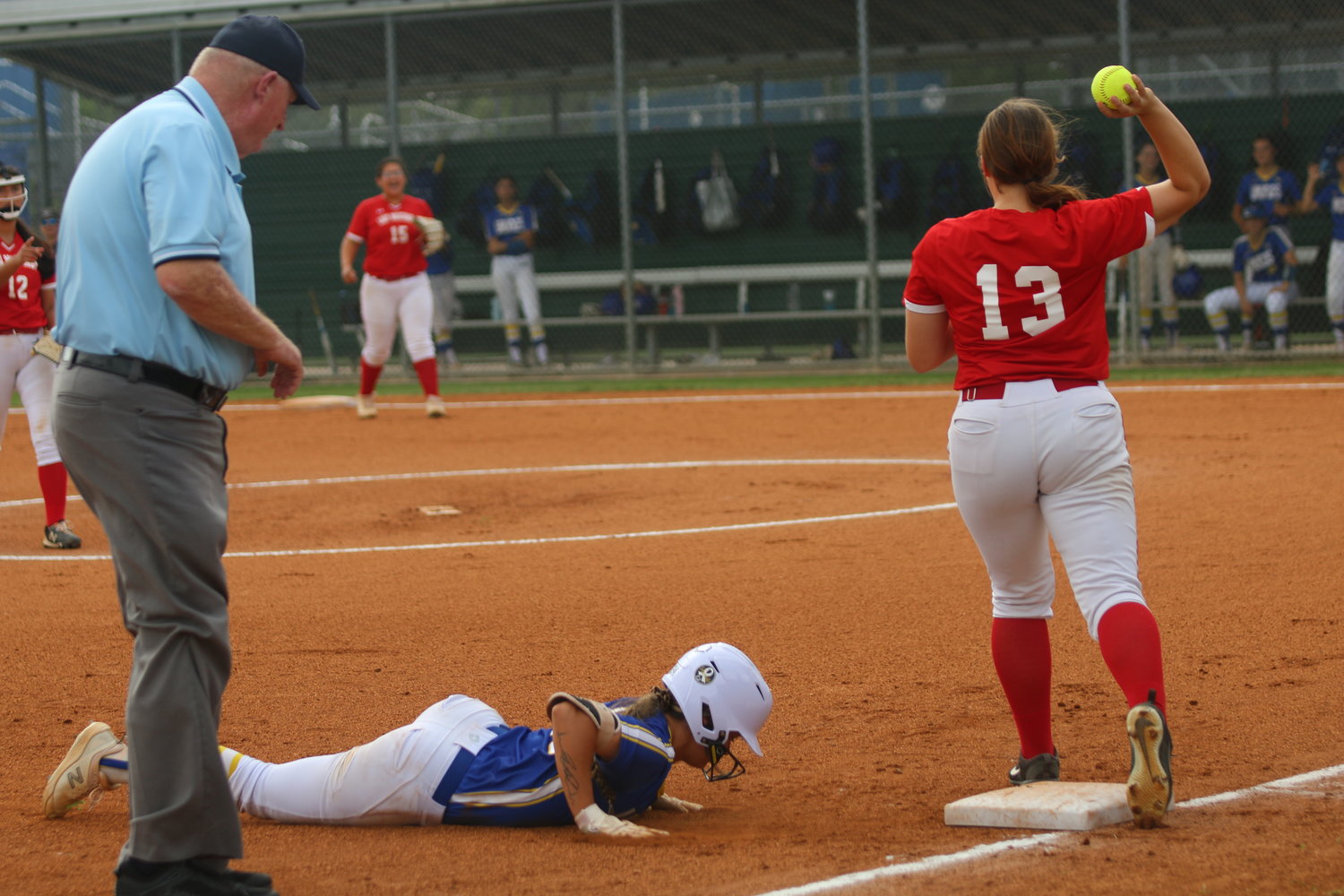 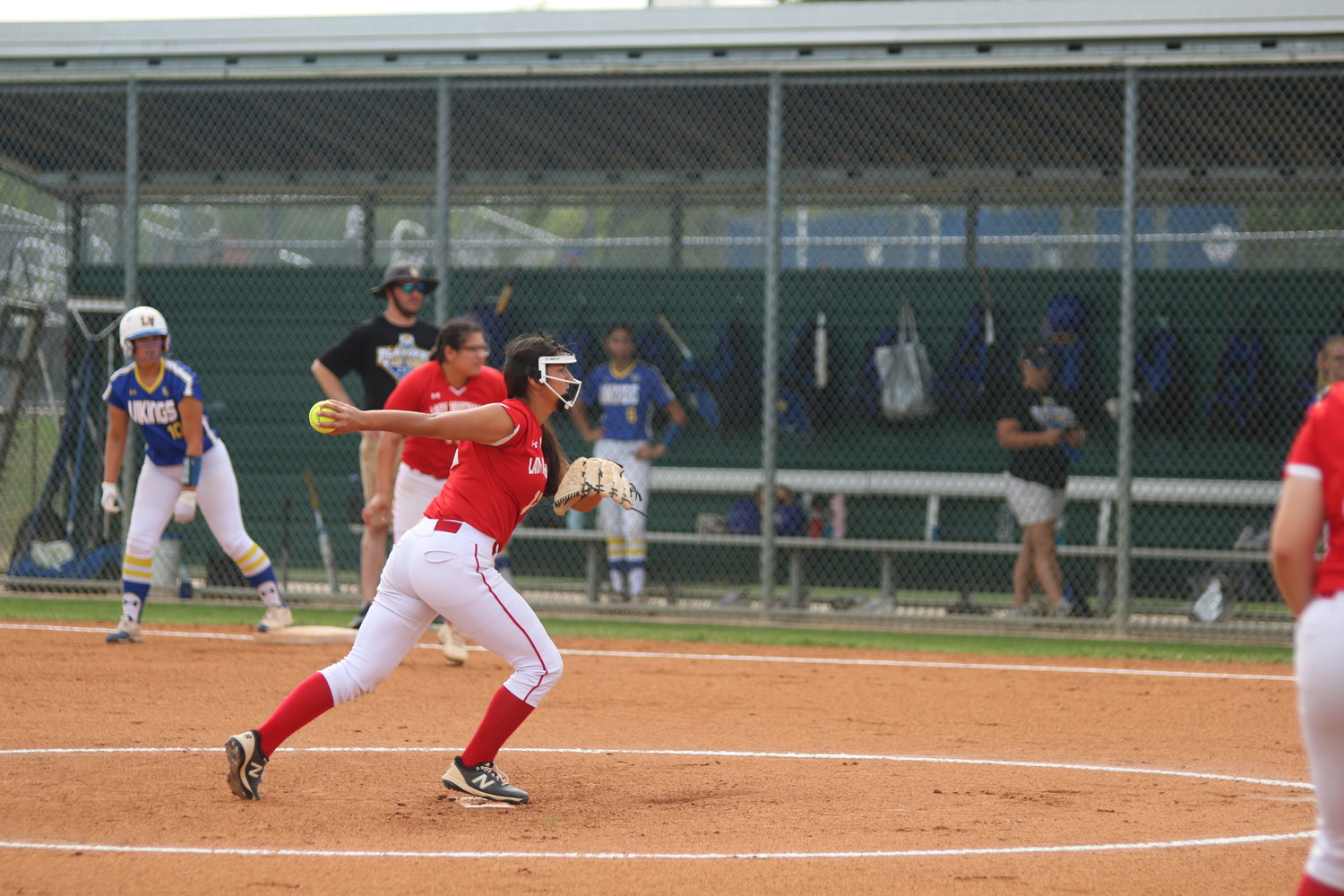 The Nixon-Smiley Lady Mustangs clinched a bi-district championship with last-inning heroics in a 3-2 walkoff win over Lago Vista Friday, April 29, at Lehman High School in Kyle.

“That's been us for the whole district run, just not giving up, believing in each other,” Coach Justin Higginbotham said. “And just like we talked to (the Inquirer) earlier about in the week, it’s just being a team. And that's what it came to today — just being a team — and we came through when it mattered.

“I just think, at the end, it just came down to who was going to handle the pressure and we've been battle tested. And that's what I love about this team. They just never give up.”

The victory moves Nixon-Smiley to the area round, where they will face neighboring Yoakum, who advanced with two wins over Poth in their bi-district series. Yoakum will host the Lady Mustangs on Friday, May 6, at 6:30 p.m.

Despite being rocked for 11 runs the day before, Lago Vista starting pitcher Stella Robinson kept the Lady Mustangs at bay and off the scoreboard for six innings Friday evening, but was unable to finish off her pitching gem as fatigue appeared to set in late.

Down 2-0 in the bottom of the seventh inning, Nixon-Smiley senior first baseman Carlee Cano walked to start the inning and junior right fielder Natalee Mendez also reached on a base on balls. With junior third baseman Haven Davis at the plate, Robinson threw a wild pitch that let Cano reach third and Mendez take second.

Davis hit a liner down the right field line that appeared to land in fair territory and score Cano and Mendez, but was called a foul by the umpiring crew after a huddle. Davis would strike out, bringing up leadoff hitter freshman catcher Hailee Houseton with one out. Houseton smacked a double into the outfield that plated Cano and Mendez, tying the score at 2-2.

Freshman second baseman Emily Granados worked a walk and, for the second time in two games, the Lady Vikings intentionally walked junior Mady Velasquez to pitch to sophomore Kendall Amaya, who is tied for the team lead in homers with Mendez with four each.

The strategy did not pay off in Thursday’s game and it spelled the end for Lago Vista Friday night as well. Instead of making an immediate pitching change to senior shortstop Taylor Nuckulls, Coach BJ Hill left his ace in the game.

“It's a seven inning game and we felt, at one point, they thought they had won it when they went up 2-0,” Higginbotham said. “I told our guys, ‘you play seven innings. That's what the playoffs are about. All we need is one opportunity.’

“They continue to believe in themselves, they continue to just do their job for each other. And the fact that they want their teammates to be successful rather than themselves is what puts this team over the top for me, and we see it every day.”

Velasquez worked two innings in relief, allowing one run in the sixth, and got the win. Amaya started the game and went five innings, allowing just one run, but leaving with a 1-0 deficit after Lago Vista got on the scoreboard in the third inning.

“We thought it was the right time to make a change,” Higginbotham said. “I know Kendall pitched all game yesterday and if we had gotten three innings out of her today, I would have been happy. The fact that we went five with her was great and it wasn’t a change based on the fact that she was pitching badly. It was just a change of pace in the game.