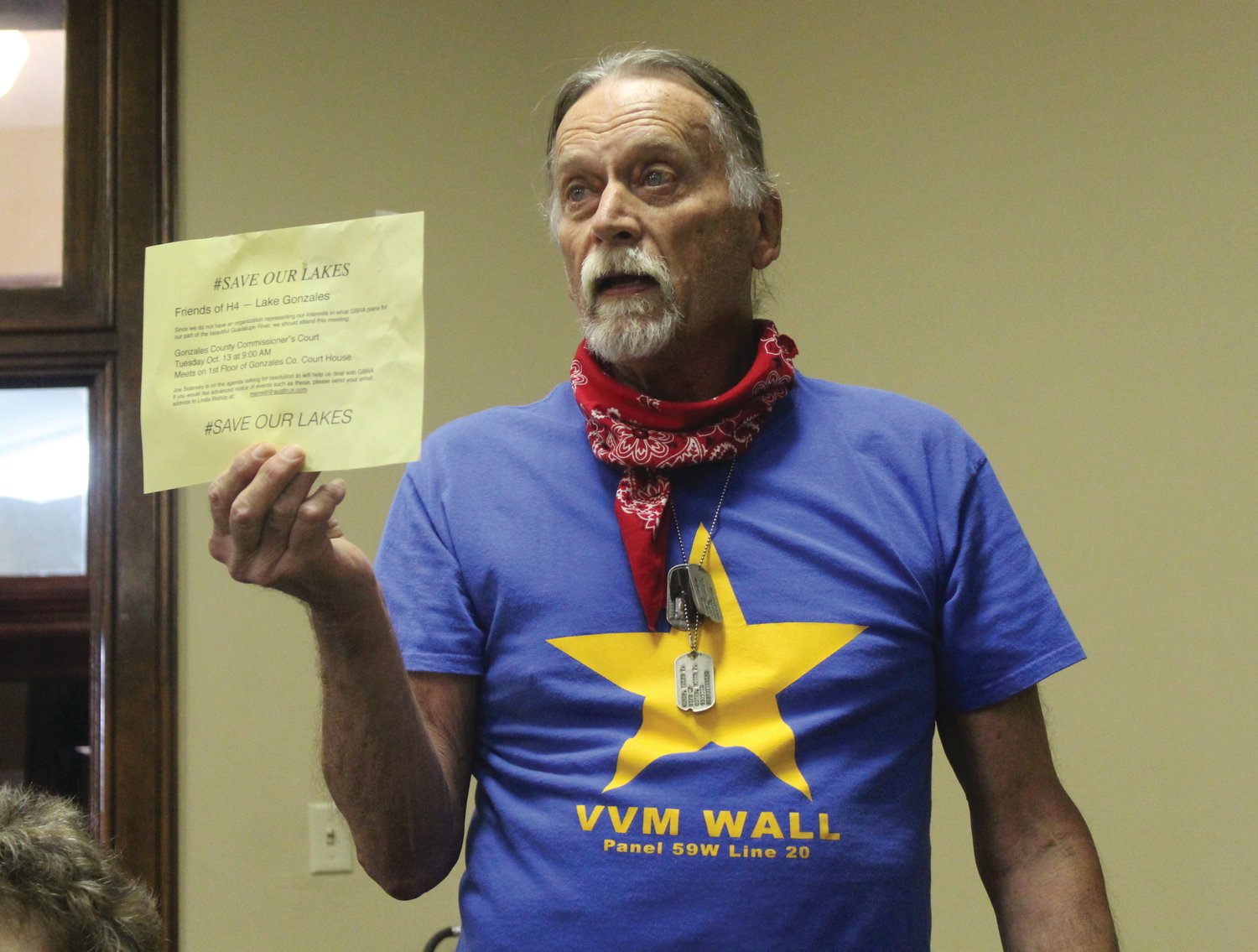 A resolution to call on Texas Governor Greg Abbott to reappoint Board Members and Executive Management of the GBRA was tabled on Tuesday, Oct 13 to be discussed with legal counsel and voted on at the next meeting of the Gonzales County Commissioners Court on Oct. 26.

Members of the organization Friends of Lake Wood shared anecdotes of having the GBRA assure them that the dam would be repaired quickly after a spill gate failure in 2016.

Citizens of Gonzales County spoke about their desire to see the Guadalupe-Blanco River Authority repair the Lake Wood Dam.

After a spill gate at Lake Dunlap failed in 2019, a press release from the GBRA announced that all repair work on dams would be paused until a safe repair process could be developed. Since that time, two lawsuits have been filed against the GBRA, and residents of Lake McQueeney have created their own proposed taxing district, to be voted on Nov. 3, to fund repairs to its dam.

Local business owner and Friends of Lake Wood organizer Joe Solansky said this isn’t an option for the residents of Lakes Wood or Gonzales because they “don’t have the assets” to create a taxing district to fund repairs.

Solansky said the responsibility of repairs should fall on the GBRA, as they own the dams.

James Lee Murphy, formerly the GBRA’s Executive Manager of Water Resources and Utility Operations, said that the GBRA has the funds to repair the dams from sales of water, but is choosing not to because the dams don't generate those funds themselves.