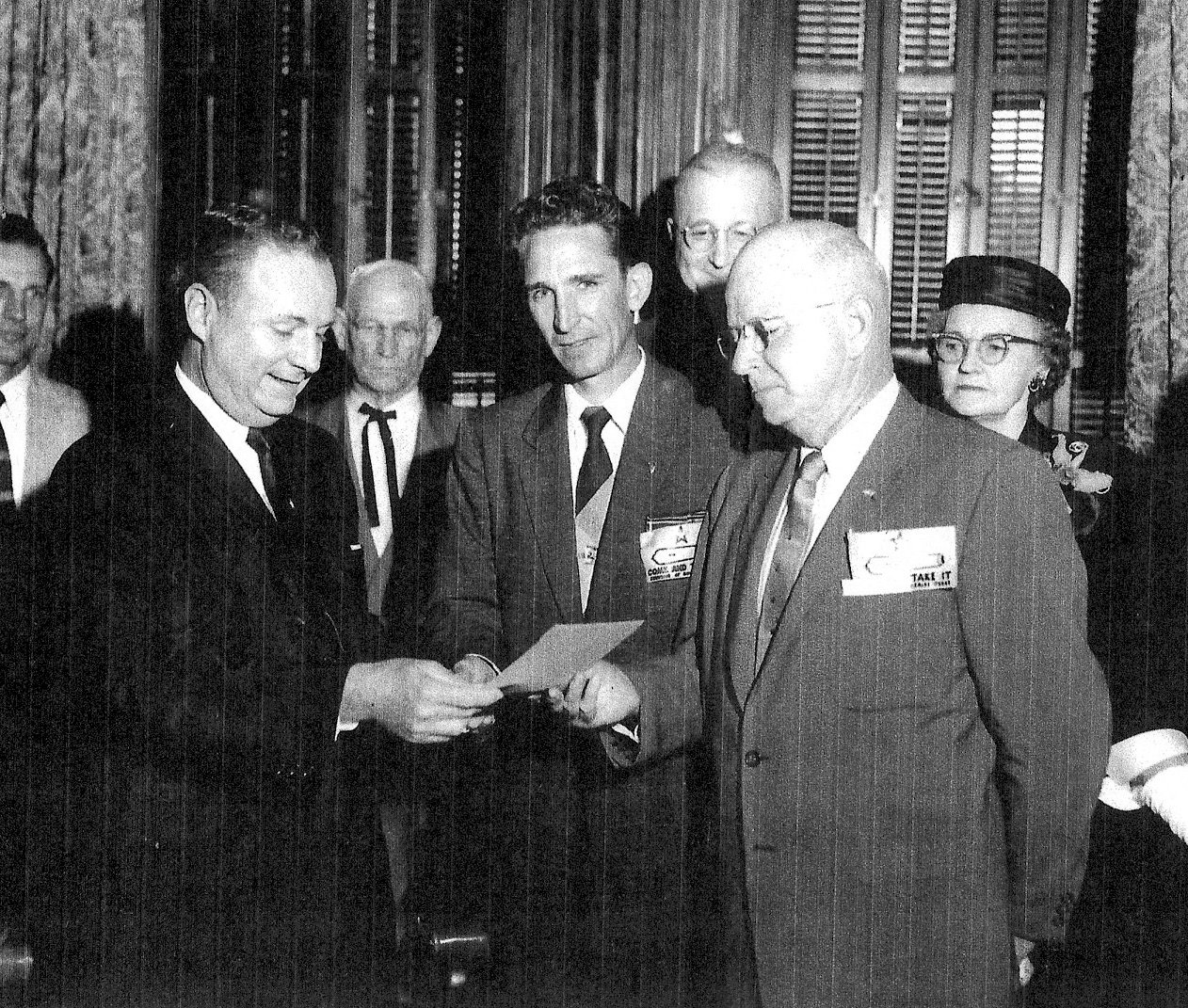 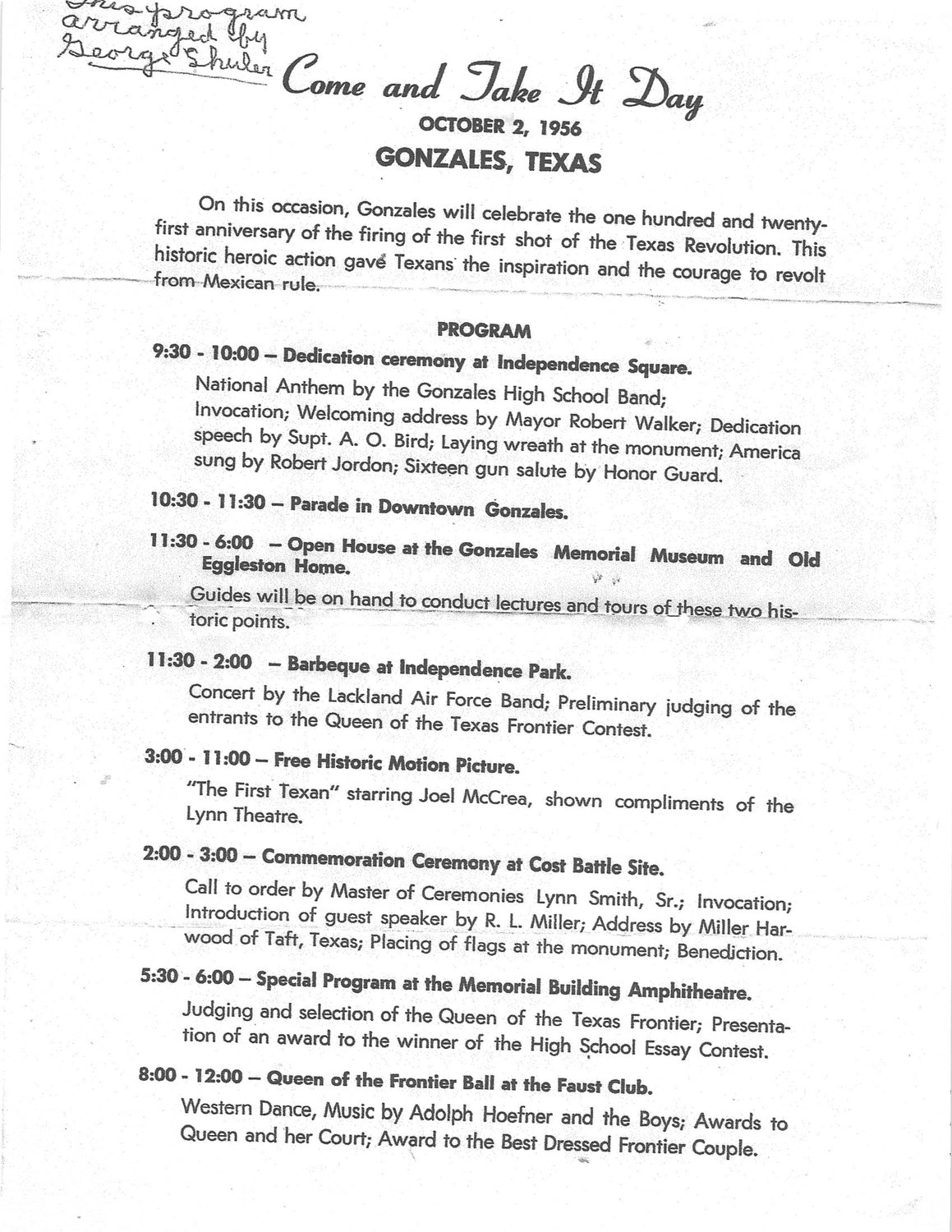 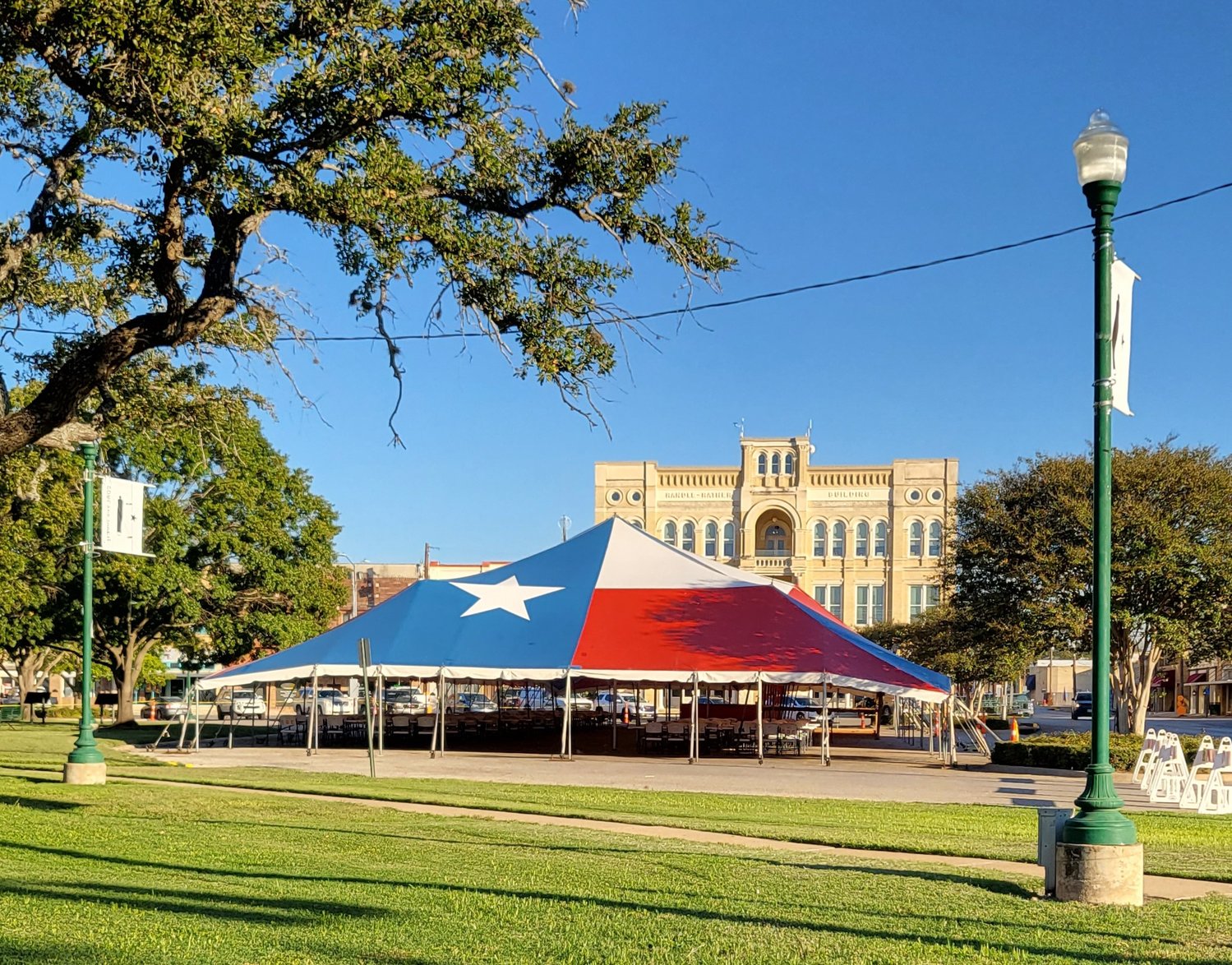 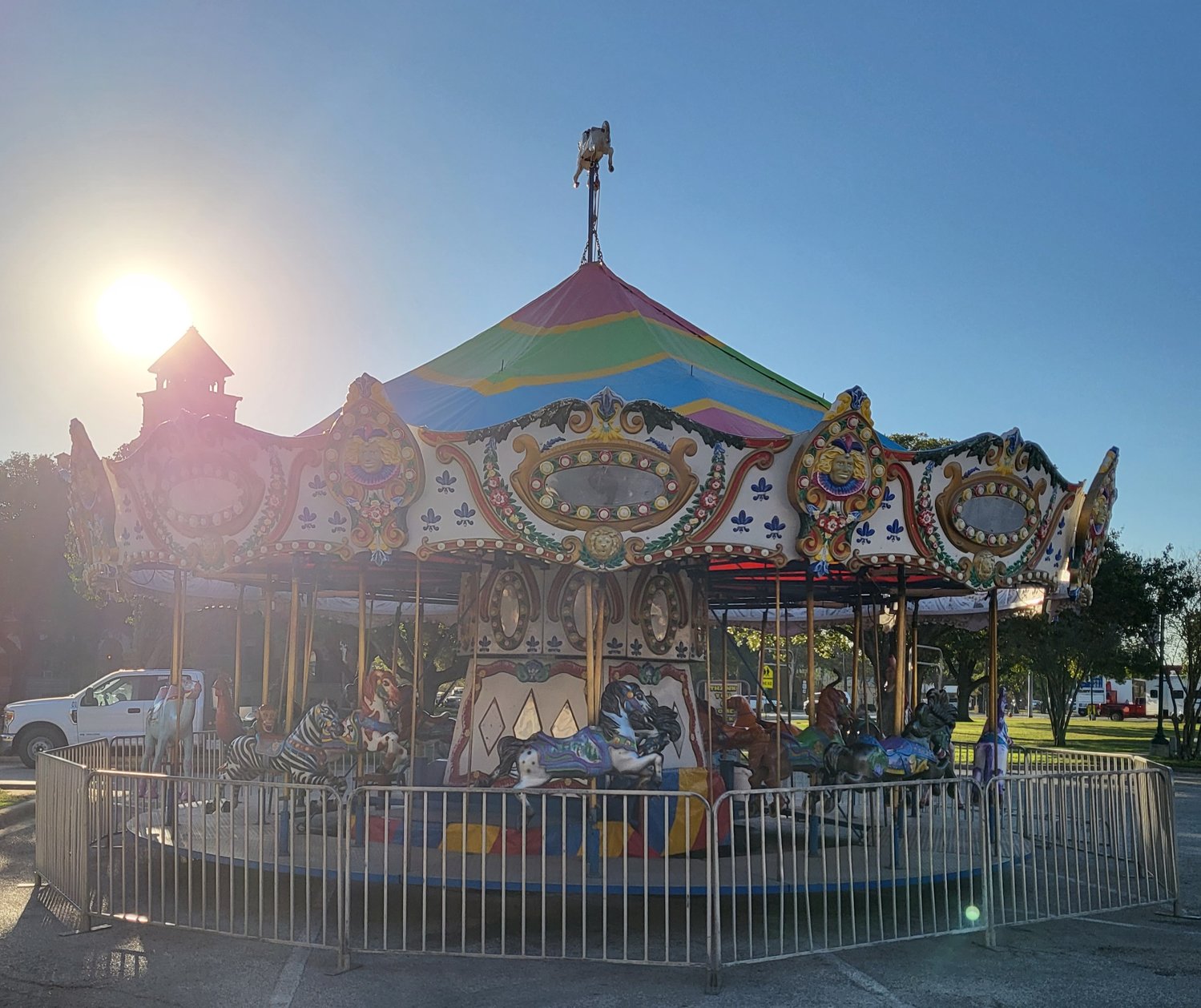 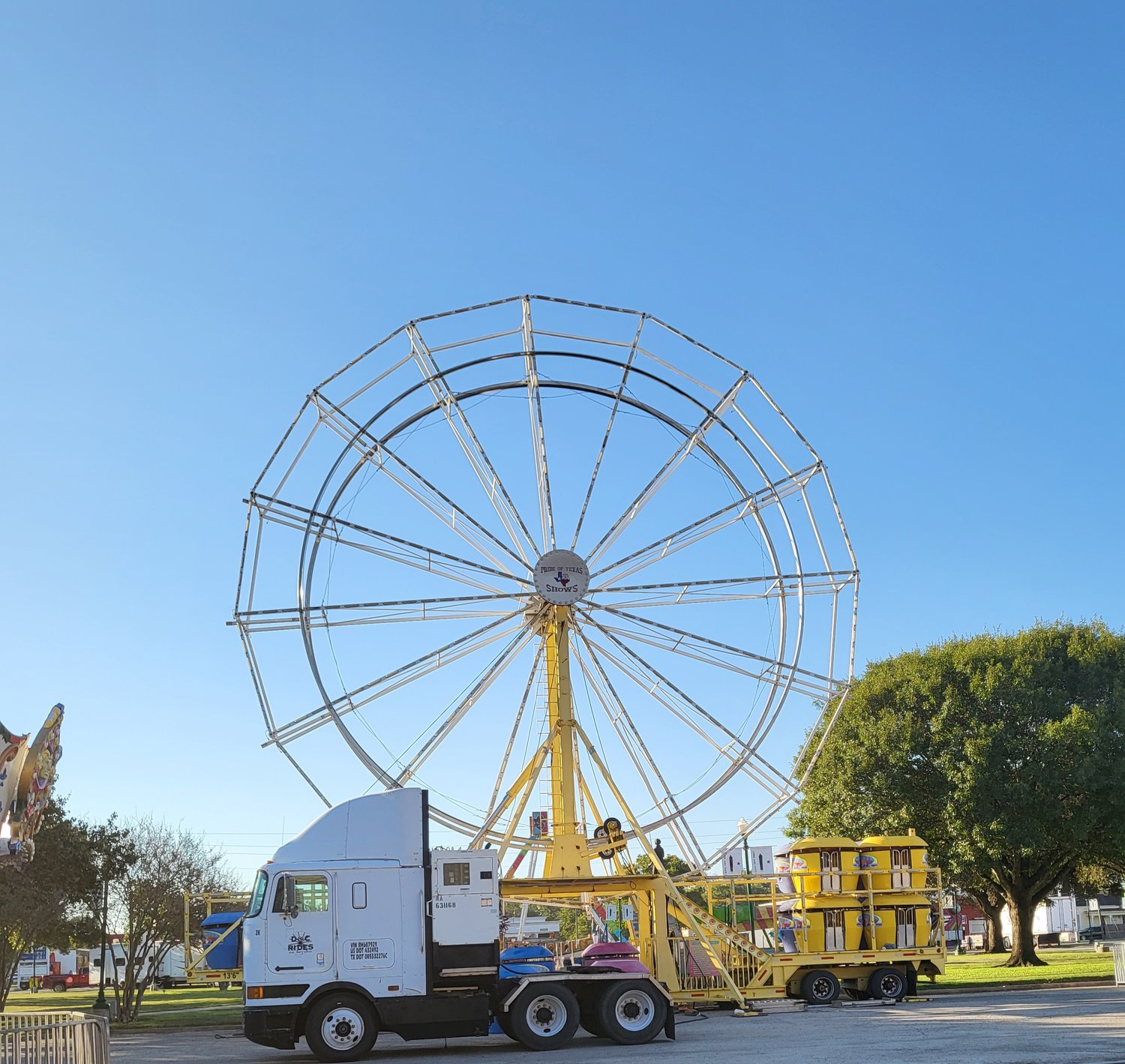 Gonzales, Texas, is quite proud of Come and Take It — the history, the slogan, the cannon, and the celebratory event taking place this very weekend, Sept. 30 – Oct. 2.

This event, as a conceptualized idea, has been the first weekend of October for many years, having first been celebrated in the 1950s. Why, exactly, do we celebrate this community pride event, not referring to the actual historical event, but more so the why, or who, behind the event?

We enjoy this weekend long celebration, filled with a vast array of activities, with community pride to spare, because of the dedication, hard work, determination, and vision of one man. So. while enjoying the colorful parade, exciting carnival rides, amazing live music, or perhaps over enjoying the vast array of food and beverages, stop a Come and Take It committee member or the Gonzales Chamber of Commerce, to say a big thank you for the hard work and dedication this event requires.

While being thankful, however, remember to say thank you, silent though it may be, to the late George Shuler. Not a few of those reading this article may well be asking, George who?, wondering what this man has to do with Come and Take It, and all the fun things that come with the celebratory event. The best way to answer that is to say — everything.

George Shuler was born and raised in Gonzales, and though he left to serve in the Army during WWII, he returned after to marry and begin a family. Shuler had immense pride in his hometown, and wanted to show other residents of Gonzales, as well as fellow Texans, the rich and vital history of a little town that stood tall and brave during the Texas Revolution. Shuler called Gonzales the “forgotten” city, according to his daughter, Dianne Carter, who relayed that her father thought other area cities had events to showcase their history, such as the Luling Watermelon Thump, or Yoakum Tom Tom, while Gonzales history was being actively forgotten, by its residents, and the state.

Shuler attempted to get not only bring revenue into the small city, but to create an an event that would showcase the history that even Gonzales residents were forgetting. Shuler was very aware that a lot of residents, including the younger generation, had no understanding or knowledge of the critical role Gonzales had in the freedom of Texas residents. In 1955 Shuler began his efforts to organize an annual celebration for citizens of Gonzales in honor of Oct. 2, 1835, the “first shot of the Texas Revolution.” With other leaders, including 21 service clubs and the Chamber of Commerce, interest began to mount for the celebration.

Shuler was not just the father of this event, but the father of Dianne Carter, who is immensely proud of the man who made such long lasting and impactful contributions to the city of Gonzales. Carter hopes that her father will be remembered for his tremendous and long time service to the community, stating, “My father should be known everywhere as the one who began this celebration in Gonzales.” Carter shared that on recent travels she, personally, witnessed the display of merchandise all across the United States, most recently in Florida, with the message of Come and Take It, highlighting the importance of Gonzales in both Texas freedom and the continued environment of freedom for American citizens on every t-shirt, key-chain, and bumper sticker.

Shuler not only brought the city back home to its Come and Take It roots, but also tried many times to enrich the city, economically, and socially, such as purchasing the Lynn Theatre and attempting to make the venue a success, among other businesses and community service projects. While stationed at Lackland AFB in San Antonio, in 1961, Shuler dedicated his focus to recognition for the 32 men who came from Gonzales to the Alamo, aiding the efforts in protecting Texas and the freedom of its people. Even while in San Antonio, his heart was home in Gonzales. Shuler succeeded in not only bringing recognition for the assistance, but was vital in the placement of a plaque, in the Alamo, dedicated to the Immortal 32, which is in place, still, visited by people from all over the world.

Shuler would be proud of the event, and the weekend long celebration it has evolved into, with his daughter stating, “So many people know about Gonzales, and the story of the cannon, and also about the 32 men who traveled from Gonzales to the Alamo. I know that my dad wanted to make Gonzales a memorable place for it’s rich history,” Carter said, relaying that the many Gonzales landmarks that have stood for decades are now being recognized, in no small part because the city has been brought into the spotlight with the Come and Take It event.

Come and Take it is both the story of a proud, strong, vital fight to maintain the freedom of Texans, but also the story of a young man, who though motherless at a young age nurtured and grew an event that put Gonzales on the map, creating an event that not only became a fun time for residents, but evolved into a celebration that highlights the town values, and the value of the town in terms of Texas independence. Thank you, George Shuler, for standing your ground until your small city was recognized as the historical giant that it truly has always been.