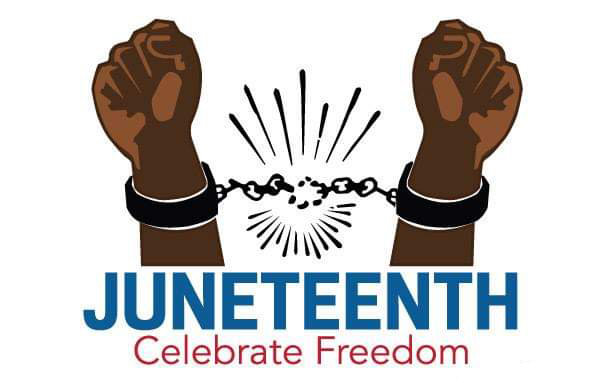 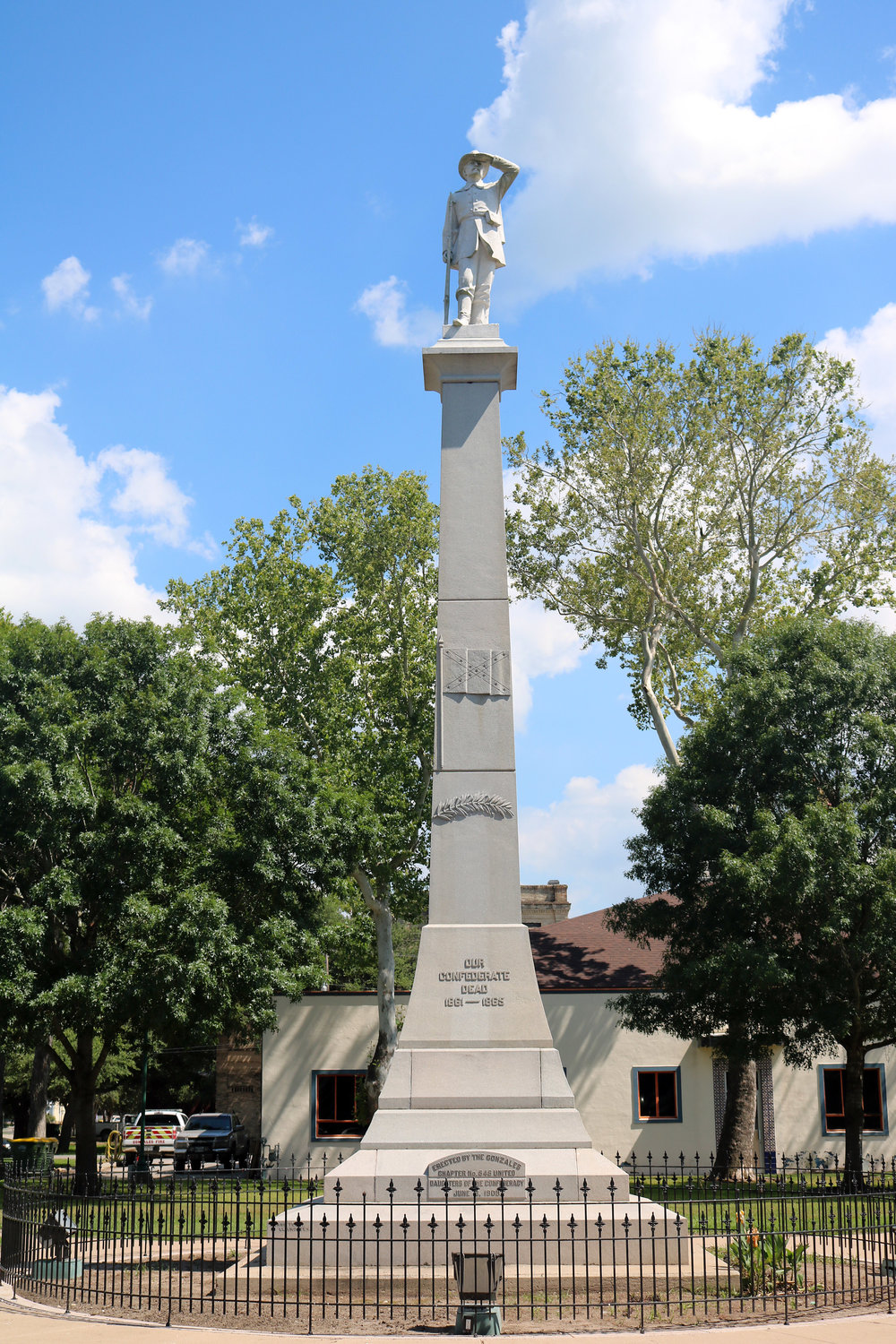 Local organizers of the annual Juneteenth celebration have planned a peaceful event at Confederate Square for Friday night. Members of the This is Texas Freedom Force also plan to be on hand to protect the monument. Leaders of both groups said they do not want violence or confrontation there.
Joe Southern
Posted Monday, June 15, 2020 2:19 pm
By Joe Southern Interim editor

Organizers of a Juneteenth celebration in Gonzales have scheduled what they call a Peaceful Protest at Confederate Square from 6 to 9:30 p.m. on Friday, June 19.

Members of the This is Texas Freedom Force plan to be at the event to defend the Confederate monument.

Both sides said they want a peaceful demonstration without conflict or violence, but posts on social media have been escalating over the weekend. Complicating the matter was the timing of a poll question posted by the Gonzales Inquirer regarding Confederate Square and the monument.

“While I was a supporter of your [poll question] regarding the removal of the statue and felt that it provided a good starting point for this very difficult conversation, I do need to bring to your attention how it has caused some conflict within our community,” Stacy Palm, one of the Juneteenth event organizers, said in a letter to the newspaper. “I understand this was completely unintentional but the truth of the matter is that while our group has been organizing this Juneteenth celebration in which we plan to celebrate freedom from slavery and help educate our community regarding what Juneteenth stands for, we have discovered that an imposing group has taken what your [poll question] had provided and has riled up a number of individuals who are now planning on showing up in heavy armed gear with automatic rifles in order to protect and defend the statue.”

This is Texas Freedom Force (TITFF) President Brandon Burkhart told the Inquirer that his group’s presence is not meant to threaten or intimidate anyone or to spread a message.

“Our goal is to make sure these monuments are protected,” he said.

He said he has been contacted by people in Gonzales to come to the defense of the monuments.

“Our only obligation is to protect the monuments while the protest is taking place,” Burkhart said.

He said TITFF wants a peaceful and safe demonstration on Friday but is wary of outside groups such as Antifa and Black Lives Matter stirring up trouble or instigating riots.

“We’ve seen too many of these peaceful protests hijacked by (violent activists),” he said.

Burkhart said his people are under direction not to engage in the protests or to respond to verbal taunts.

Joe White, who is also an organizer of the Juneteenth event, said in a phone interview Monday morning that all he wants is a peaceful gathering where all sides of the issue can be heard. He said the event was moved outdoors downtown due to COVID-19 restrictions.

“We decided to move it there (Confederate Square) so that anybody who wants to speak can speak,” White said. “It’s never been about the monument.”

White said the event will have prayer, singing and speakers.

Juneteenth is an annual celebration on June 19 commemorating arrival of word in Galveston in 1865 that the Civil War had ended and all slaves were free. The news arrived two months after war’s end and two and a half years after President Abraham Lincoln signed the Emancipation Proclamation.

According to the post on the Peaceful Protesters Facebook page, “THERE WILL BE ABSOLUTELY NO LOOTING OR CRIMINAL ACTIVITIES TOLERATED!! This is a peaceful protest to bring everyone together just like our surrounding areas.”

“Many people had been planning to bring children and elderly to join in the celebration of Juneteenth,” Palm said in her letter. “This is not an event we would want any type of violence nor would we tolerate any type of non-peaceful activity. We were working with the Gonzales Police department and were in touch with City Hall.

“Everyone involved understood what this event was meant to be. We have several speakers lined up, including speakers that will pray before the events and speakers that will help enlighten the crowds about Juneteenth and share stories of black Americans during that time.”

Palm is concerned about This is Texas Freedom Force being there with guns. The organization recently made headlines for its armed defense of the Alamo and the San Jacinto Monument. The TITFF has created an event on Facebook called Come and Defend It. Its purpose is to organize an armed defense of the monuments in Gonzales on Friday. The group will gather at 4 p.m. at Texas Heroes Square, cattycorner to Confederate Square.

“We will take care of our own if they get out of line,” Burkhart said, noting that such incidents did not happen on May 30 when they were confronted by potential rioters at the Alamo.

White said he is concerned about having armed citizens at what is supposed to be a family-friendly event with children and elderly people present, but welcomes the TITFF nonetheless.

“We want them to listen, too,” White said. “If somebody from their group wants to speak, they can speak too.”

He said that he does not want to see harm come to the monument or confrontation with TITFF.

“I don’t want it torn down or anything,” he said.

As for the newspaper’s poll question that has caused so much commotion in town, “it could have been worded a little better,” he said.

Palm said she wanted to make it clear that the poll question had nothing to do with the Juneteenth event despite people tying them together on social media.

The Inquirer was not aware of the Juneteenth event until after it posted the poll question.