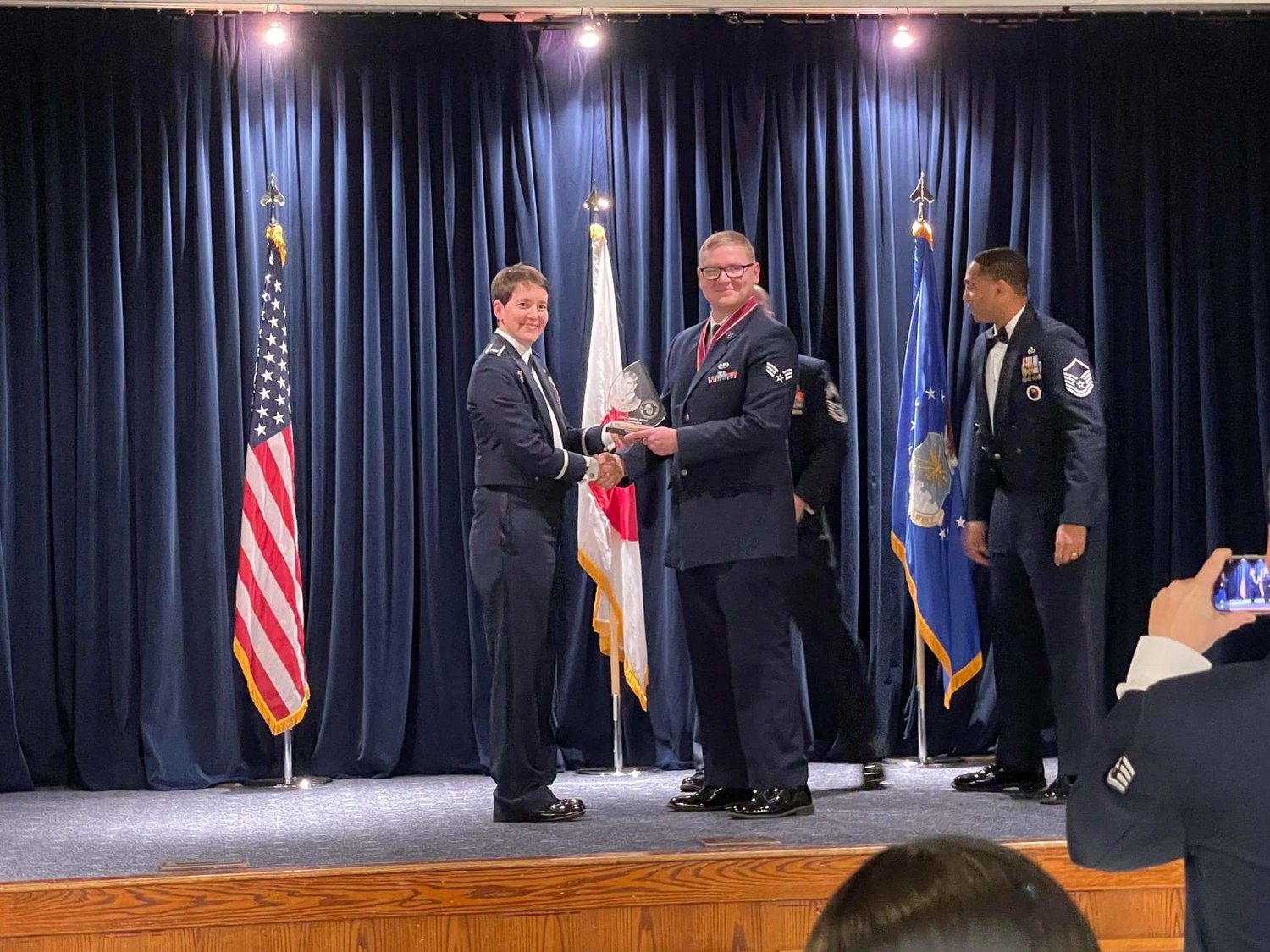 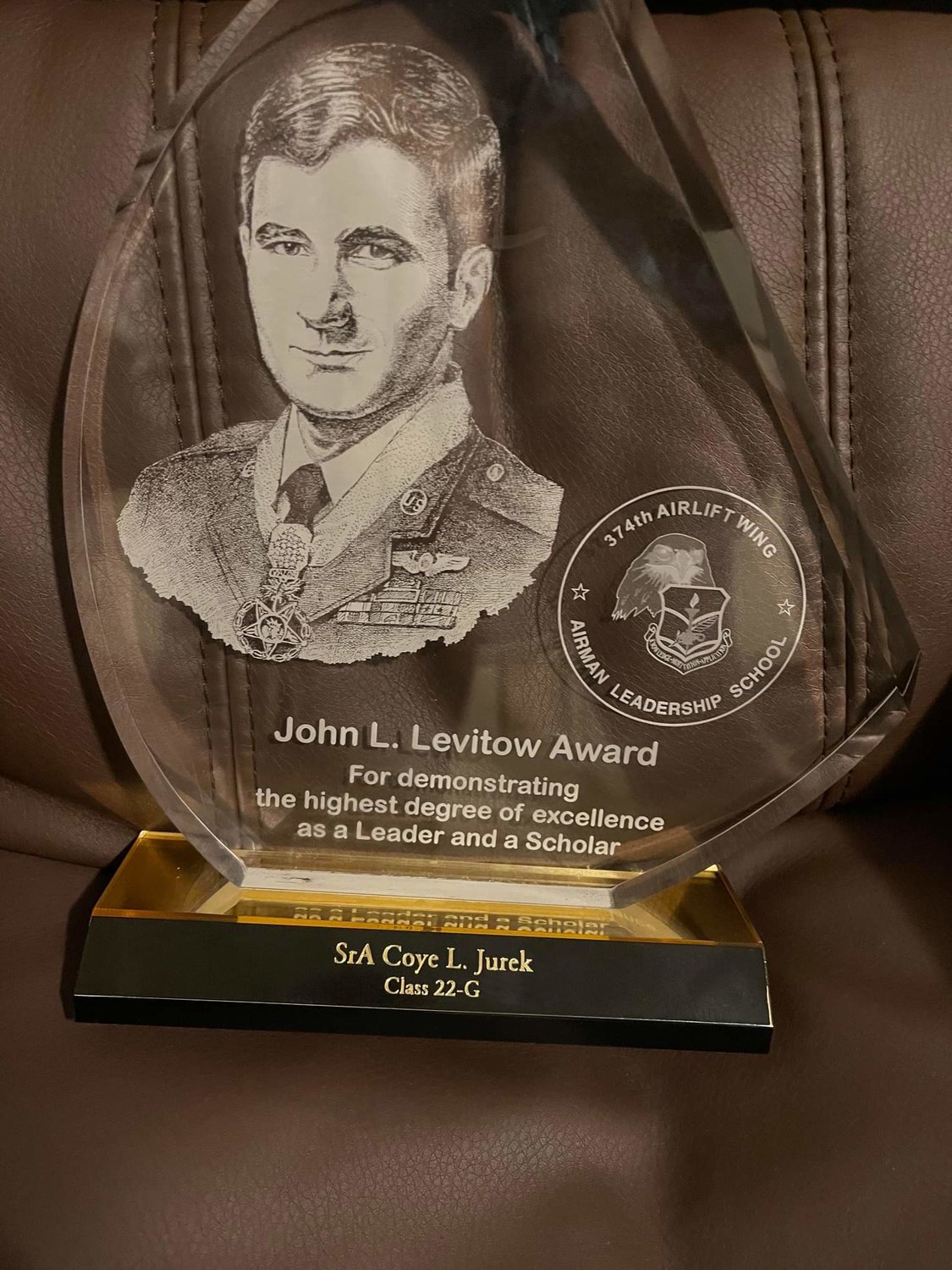 A former Gonzales County resident has earned the highest award that can be bestowed upon an enlisted person in Airman Leadership School.

Coye L. Jurek, who at the time had the rank of senior airman, was awarded the John L. Levitow Award upon his graduation from 374th Airlift Wing ALS and now has the rank of staff sergeant at Yokota Air Base, Japan, where Jurek lives with his wife Kaitlynne and daughter Violet.

The John Levitow Award is the highest honor presented to a graduate of Air Force Enlisted Professional Military Education (PME), including Airman Leadership School, NCO Academy, and the Senior NCO Academy. To be eligible for the award, a graduate must rank in the top 1 percent of his or her class. The award is selected by one’s peers and ALS leadership for showing high professionalism, leadership and academic prowess.

Levitow, a USAF loadmaster, was serving on board a Douglas AC-47 Spooky gunship of the 3D Special Operations Squadron USAF on February 24, 1969 when a North Vietnamese Army 82-millimeter mortar shell hit the right wing and exploded inside the structure, sending shrapnel flying everywhere. Everyone in the back of the gunship was wounded, including Levitow. Noticing the gunner had dropped a loose flare, Levitow, despite more than 40 wounds in his back and legs and unable to stand up, crawled to the flare and threw himself upon it to prevent it from igniting live ammunition rounds in the aircraft.

Hugging the flare to his body, he dragged himself to the rear of the cabin and pushed the flare out of the open cargo door just an instant before it ignited, saving the aircraft and its crew. Levitow died from cancer at the age of 55 on Nov. 8, 2000.