Lady Mustangs fall in area round to Lytle, 83-42 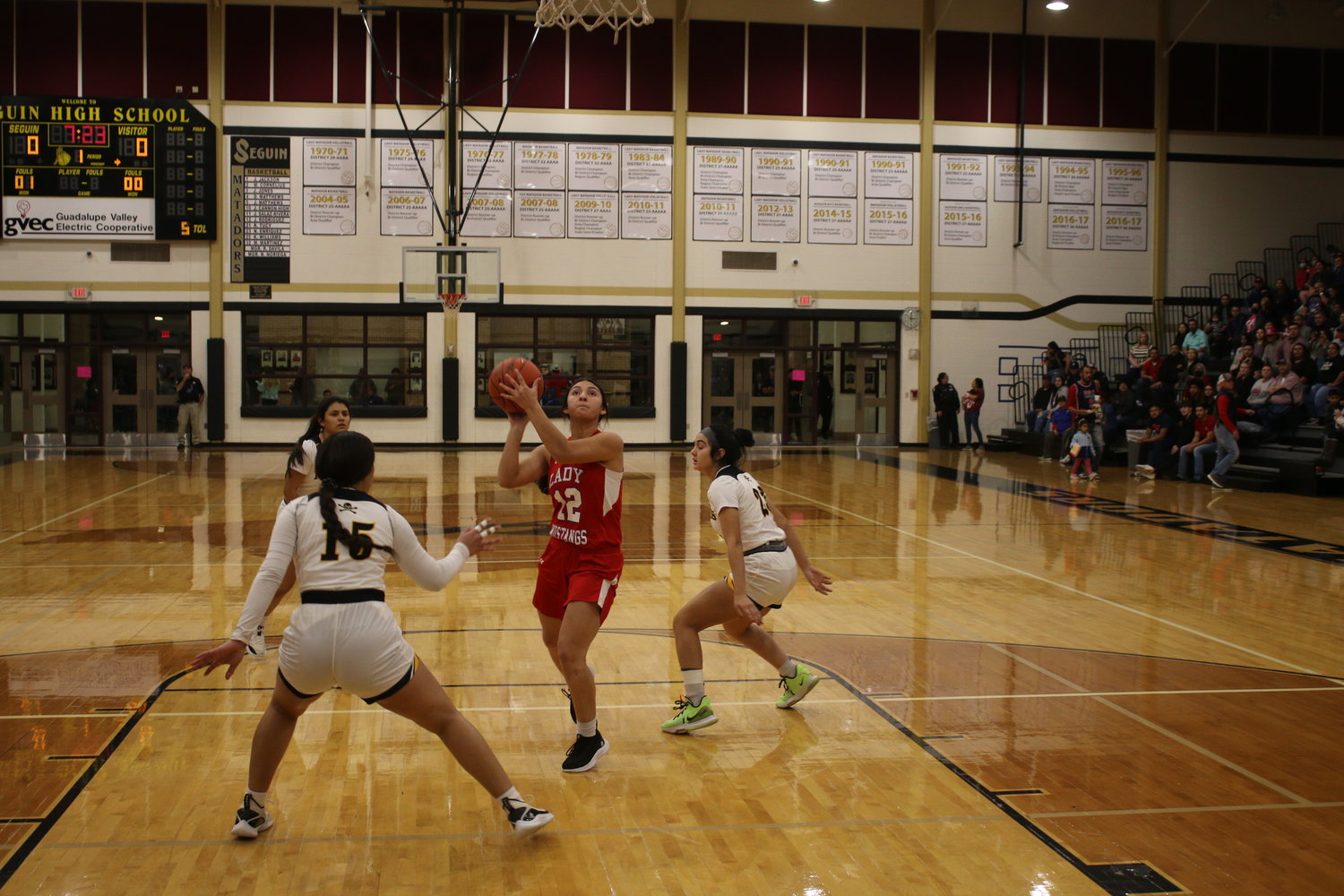 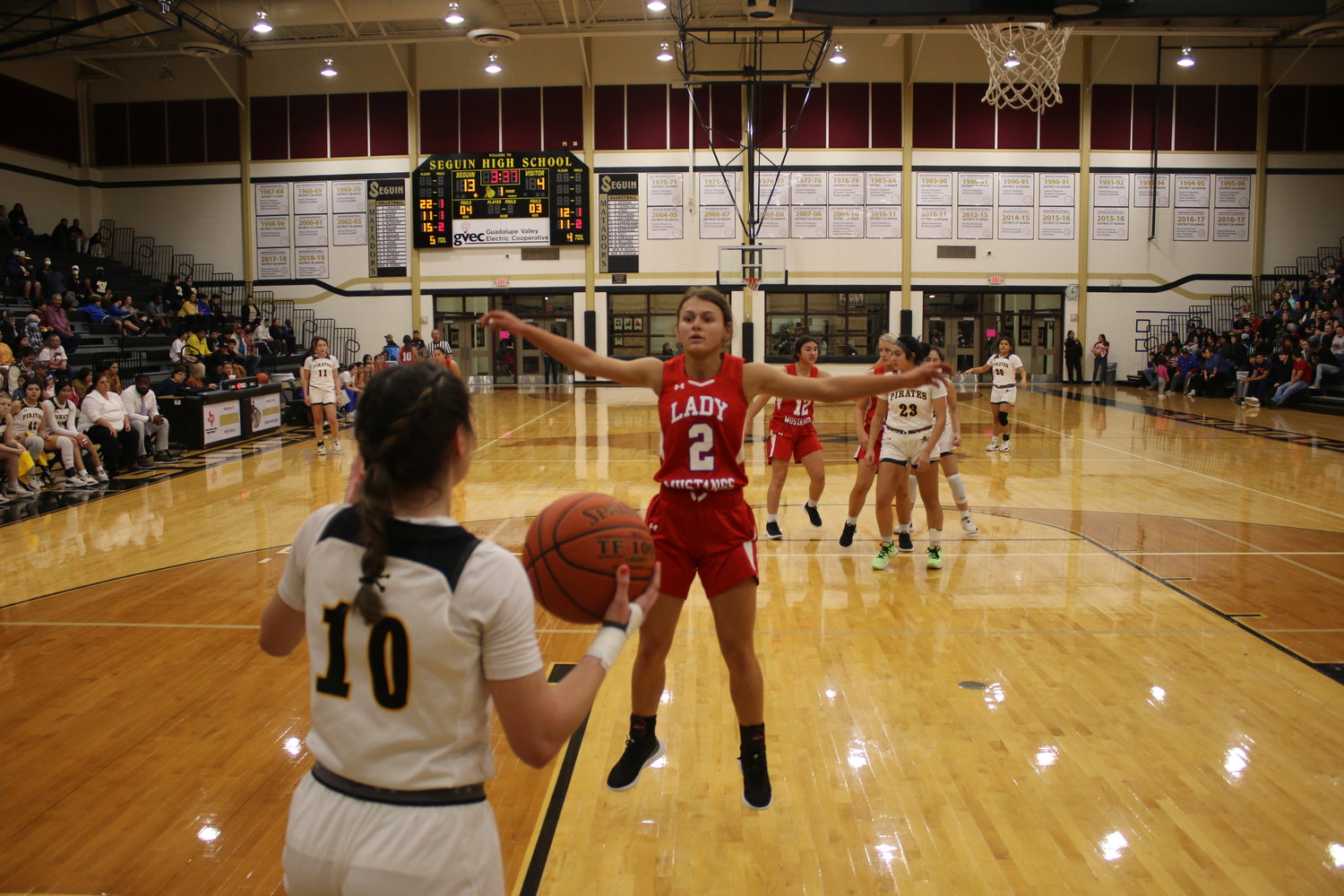 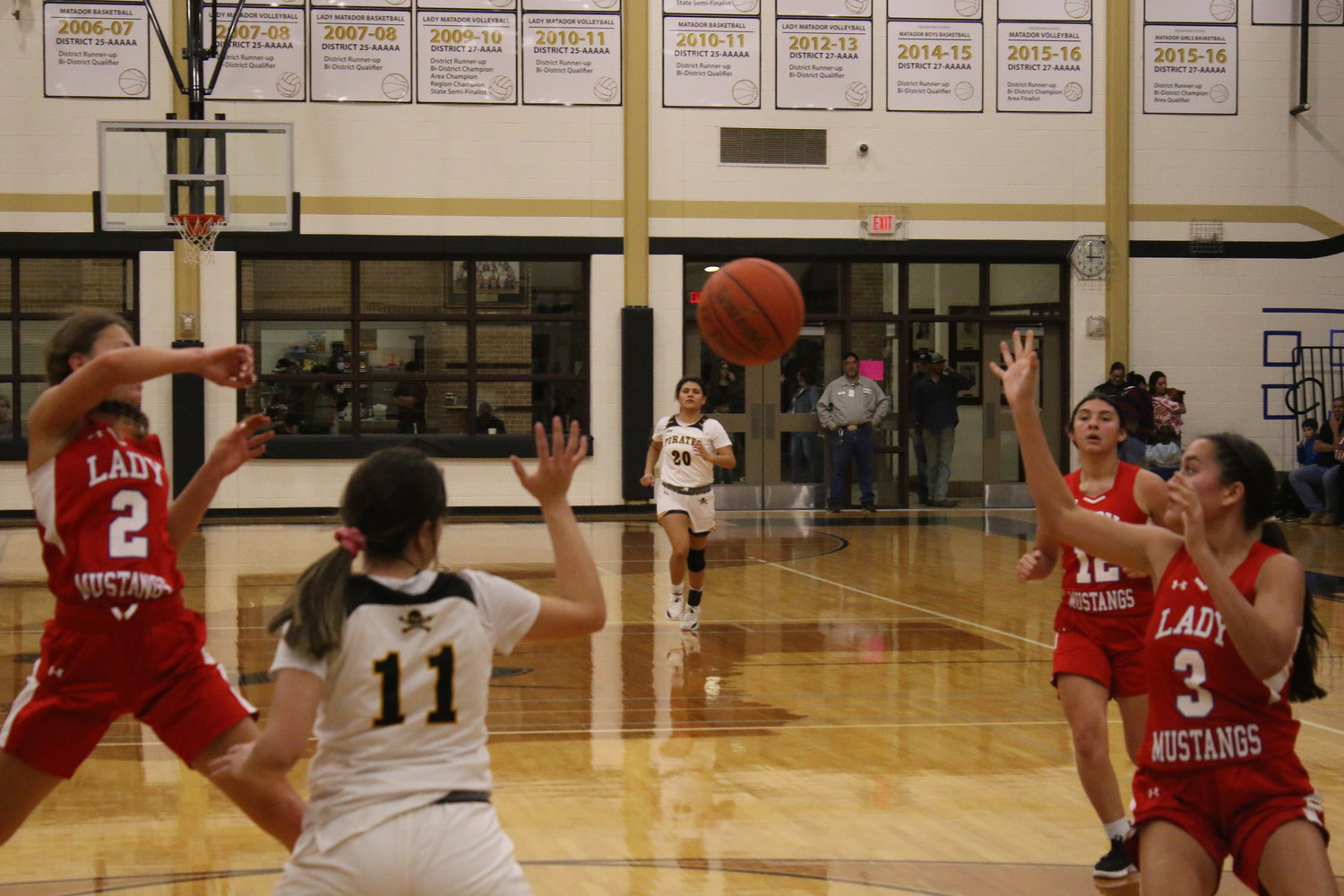 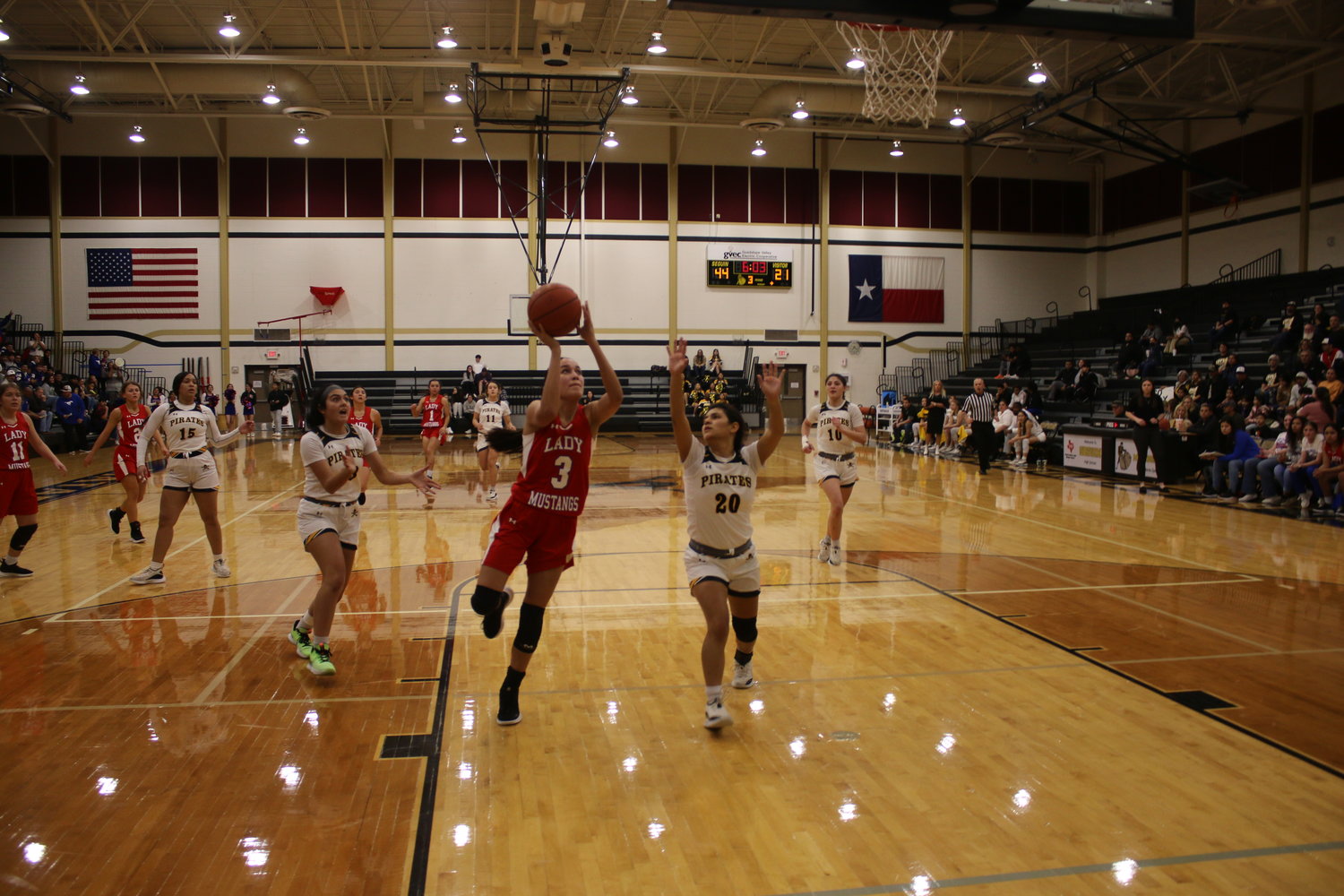 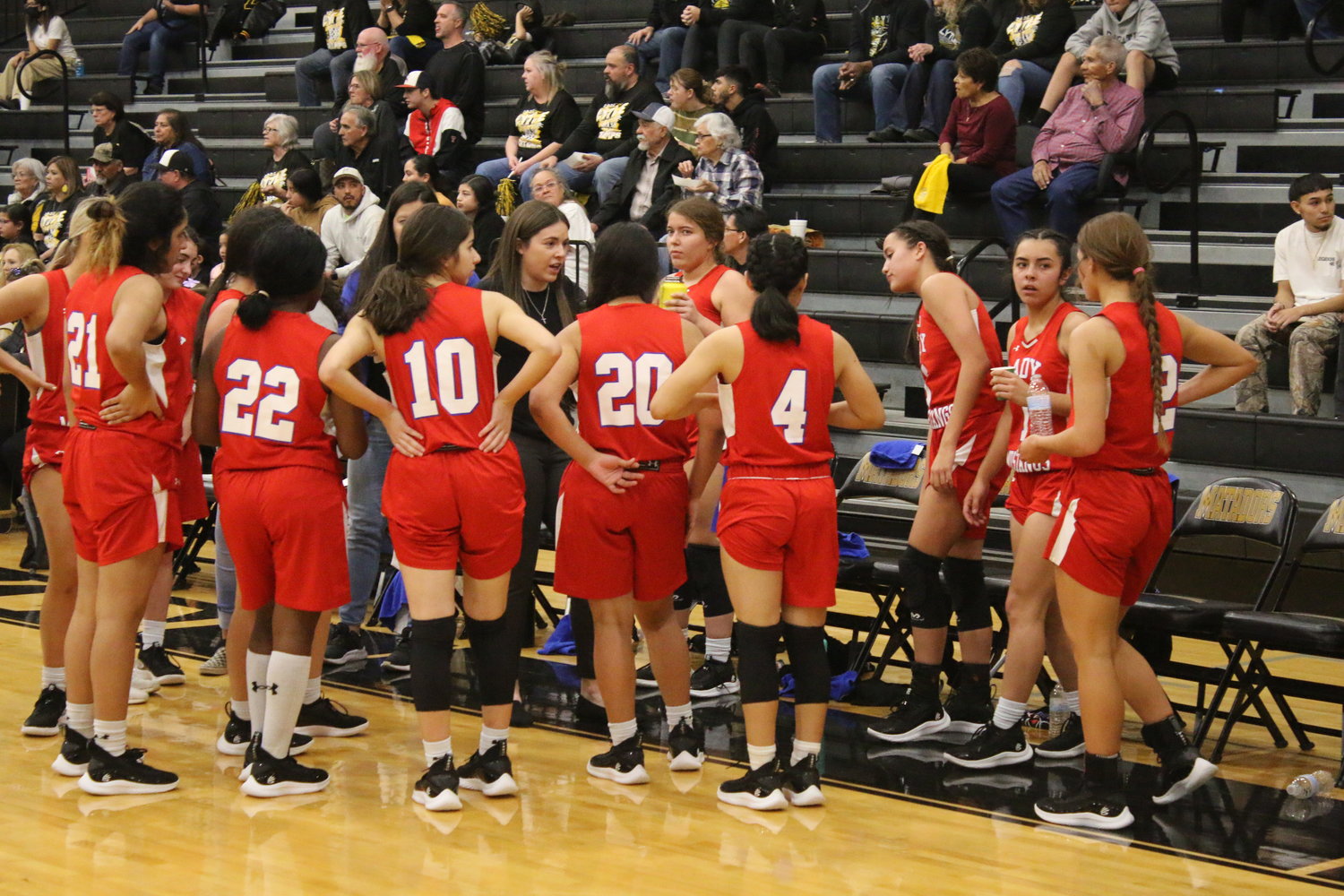 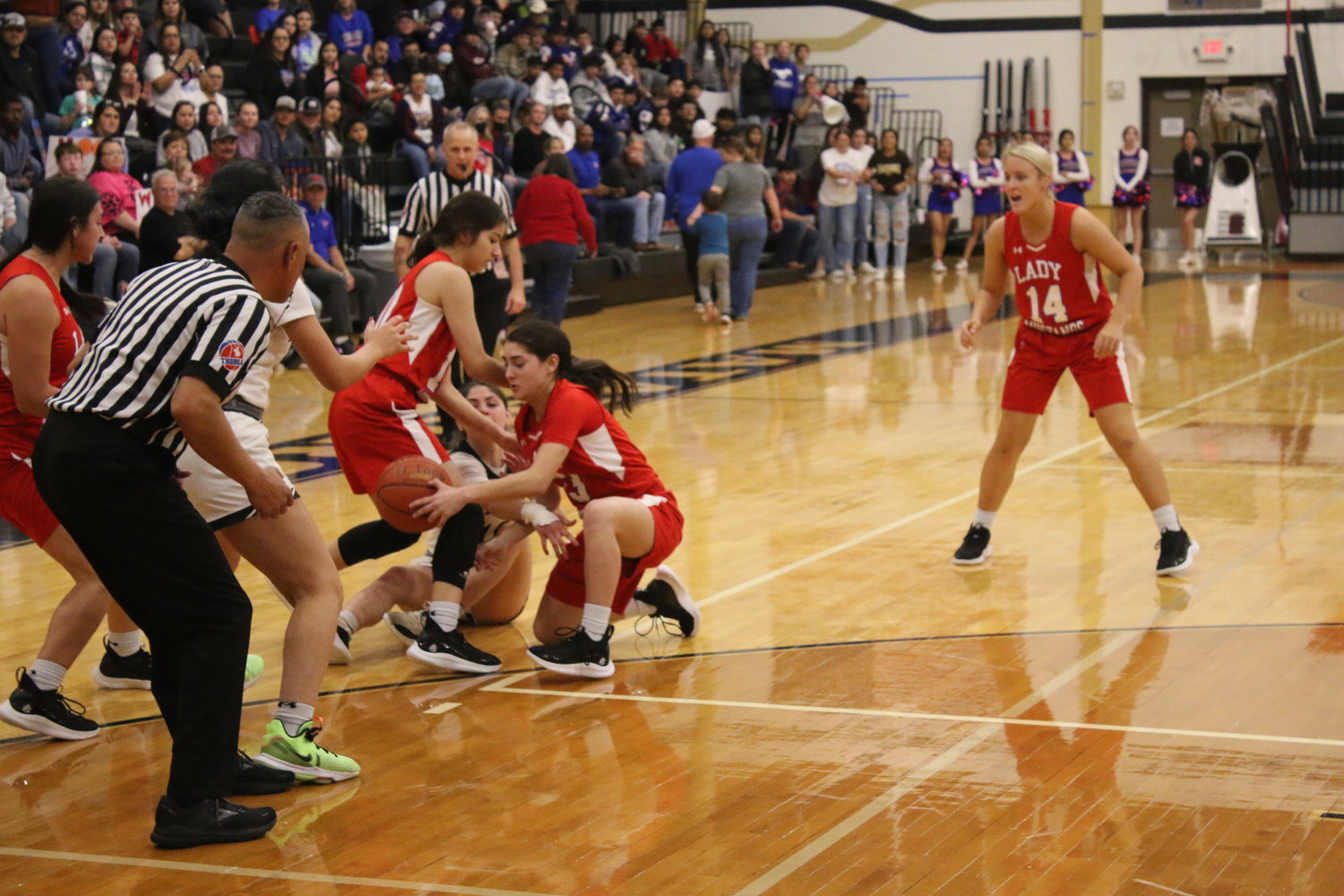 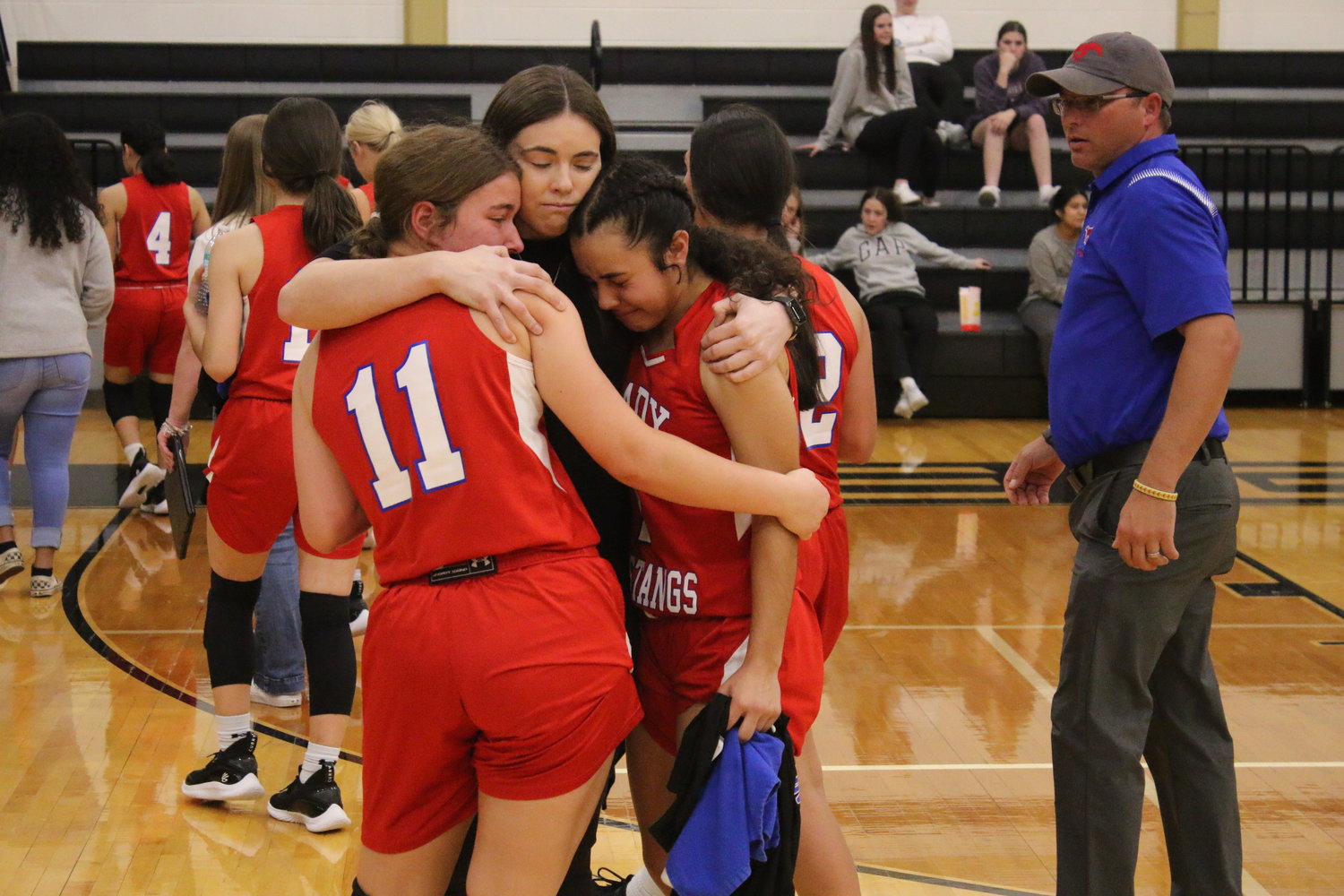 SEGUIN — High school basketball teams win or lose due to a full-court press, and on Friday, Feb. 18, Lytle’s full-court press spelled doom for the Nixon-Smiley Lady Mustangs, who lost in the Class 3A Region IV area round, 83-42.

Nixon-Smiley (20-17) had no answer for the Lytle big three of sophomore guard Calyssa Sevier, junior guard Cadee Martinez and junior forward Fizz Hutton, who combined for 68 points and countless steals as they harassed the Lady Mustangs all night, causing many turnovers in the process.

Sevier, an All-State candidate who leads the Lady Pirates in scoring, rebounding and assists, poured in 31 points, while Hutton scored 24 and Martinez added 13.

While Nixon-Smiley had what could be considered home-court advantage with almost three times as many fans in the stands as Lytle, the team could not generate enough momentum for the crowd to have an impact on the atmosphere inside Goldie Harris Gymnasium.

Lytle (26-9) won the tipoff and controlled the game tempo from the start, jumping out to a 4-0 lead before Kendall Amaya scored the Lady Mustangs’ first points. With the score at 8-4, Sevier hit a three-pointer to make it 11-4. The Lady Pirates would finish the first period with a 19-7 advantage and it would be the closest the Lady Mustangs would get to Lytle for the rest of the night.

In the second period, Nixon-Smiley would score 10 points, but the Lady Pirates added 19 points to take a 38-17 lead at the break.

The third period saw Nixon-Smiley try to hang tight with Lytle. The Lady Pirates outscored the Lady Mustangs, 20-16, for a 58-33 lead heading into the fourth and final period.

That final frame saw the Lady Mustangs just run out of gas, scoring only nine points while allowing Lytle to score 25. Two Nixon-Smiley players — juniors Natalee Mendez and Mady Velasquez — fouled out. With one minute left, Coach Jordan Estrada pulled her two seniors, Greenlee Houseton and Abby Fox, who got a round of applause from the crowd for showing a great deal of heart, even as the team was headed to defeat.

Houseton led the Lady Mustangs with 14 points in her last game, while Fox scored 10 and Amaya, a sophomore, had 10 as well. Velasquez scored four points, while Mendez and Criselle Stansel each scored two.