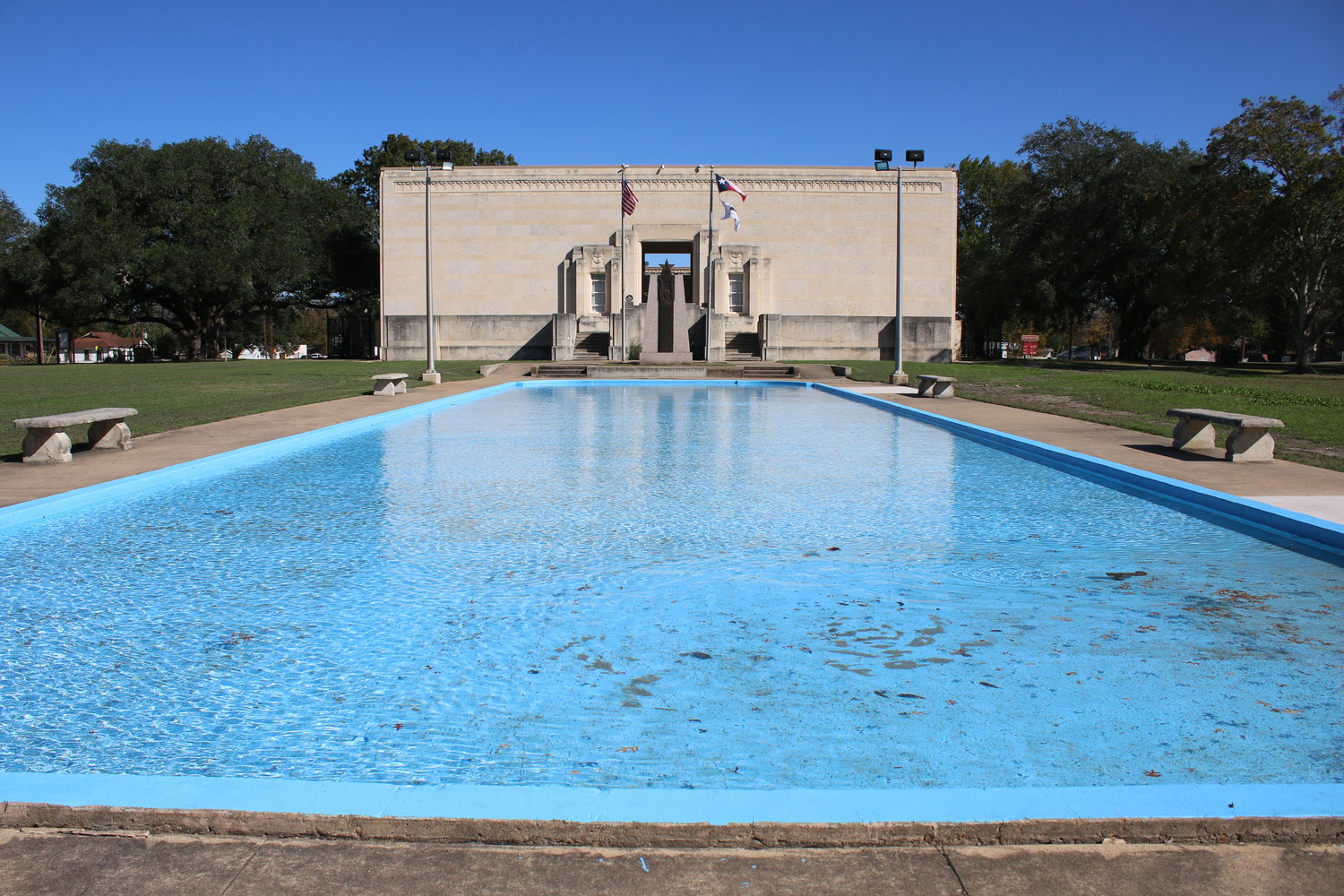 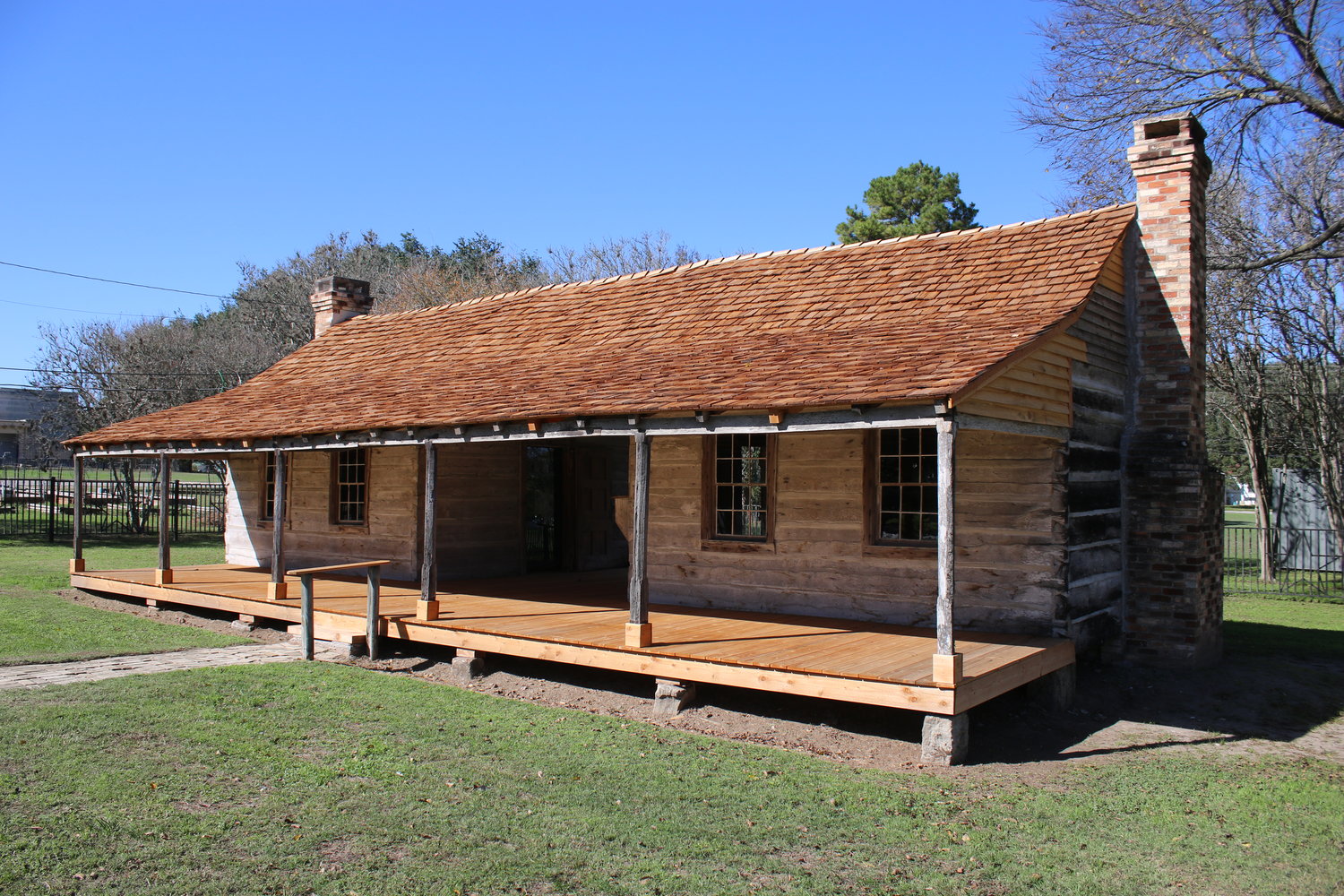 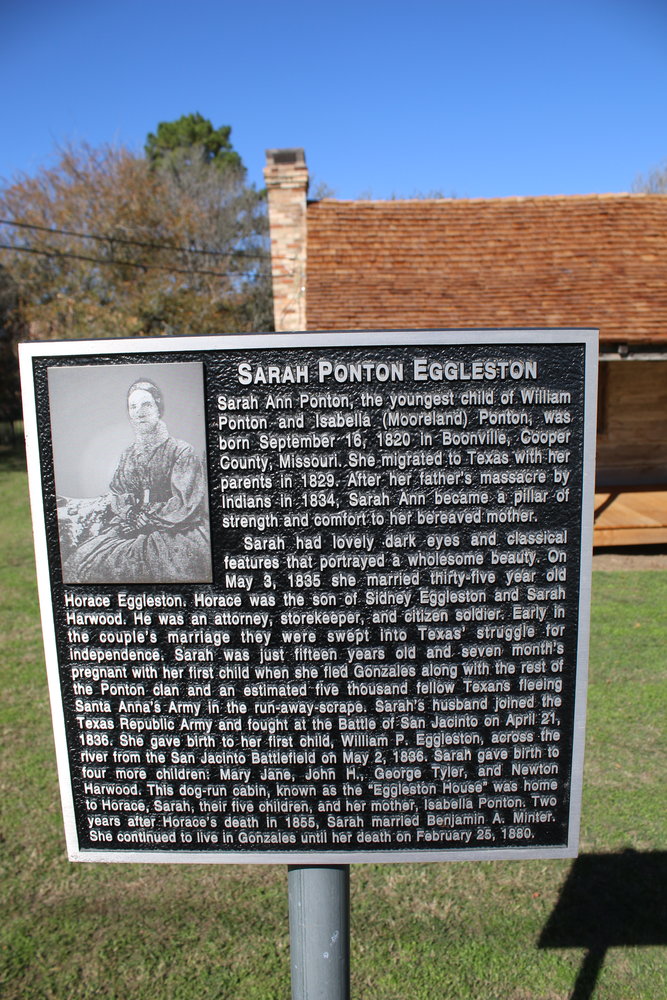 There will be a rededication ceremony held this Friday, Dec. 2, at 10 a.m. for the reflection pond at the Gonzales Memorial Museum, 414 Smith St., followed by a similar ceremony at the neighboring Eggleston House, 1303 St. Louis St.

The Daughters of the American Revolution (DAR) will then hold an open reception at the Eggleston House at the conclusion of the ceremonies.

The recirculating pump recently was replaced at the reflecting pool at the museum, as well as repairs made to the concrete, plumbing and electrical systems.

The Gonzales Memorial Museum is a Centennial Historical Memorial Museum that commemorates the Immortal 32 who died in the Alamo. The Come and Take It Cannon which fired the first shot for Texas Independence on October 2, 1835 is prominently displayed. Other exhibits inside the museum include period rifles, ammunition, uniforms, and more.

Other objects and artifacts reflect early life in Gonzales, including vintage clothing, household goods, and archival photographs, and all help tell the story of this community, a pillar in the state’s historic march towards independence.

The museum itself is an elegant Art Deco complex which includes two exhibition wings, an outdoor 500-seat amphitheater, and a reflecting pool designed by the San Antonio architectural firm of Phelps and Dewees. The complex is constructed of shell limestone and trimmed in Cordova cream limestone. The central exterior entry features a monument comprised of pink granite and a bronze sculpture by artist Raoul Josset.

The Eggleston House project was being done to improve the overall appearance of the 178-year-old structure and to enhance the visiting experience for patrons of the historic structure, which was one of the first in the state of Texas to receive a Texas Historical Commission medallion. The work was performed by Hodges Construction Services of Smithville and a portion of the work was paid for with a grant received by the DAR.

The Eggleston House was built by Horace Eggleston, a veteran of the Battle of San Jacinto, in 1848, about 12 years after the Runaway Scrape and the burning of Gonzales. It was one of the first permanent structures erected in Gonzales and was originally located 600 feet of the Guadalupe River on Saint Michael Street, using walnut and oak trees from the Guadalupe riverbank.

The house was gifted in 1954 to the city by Mr. and Mrs. E.E. Smith Jr. and the Gonzales City Council employed Fred B. Miesenhelder to move it to its current location along Saint Louis Street near the intersection with DeWitt Steet.

The Eggleston House is open for self-guided tours under the care of the Gonzales Memorial Museum staff. No staff member is present at the house. There is a recording detailing the history of the house and its occupants.