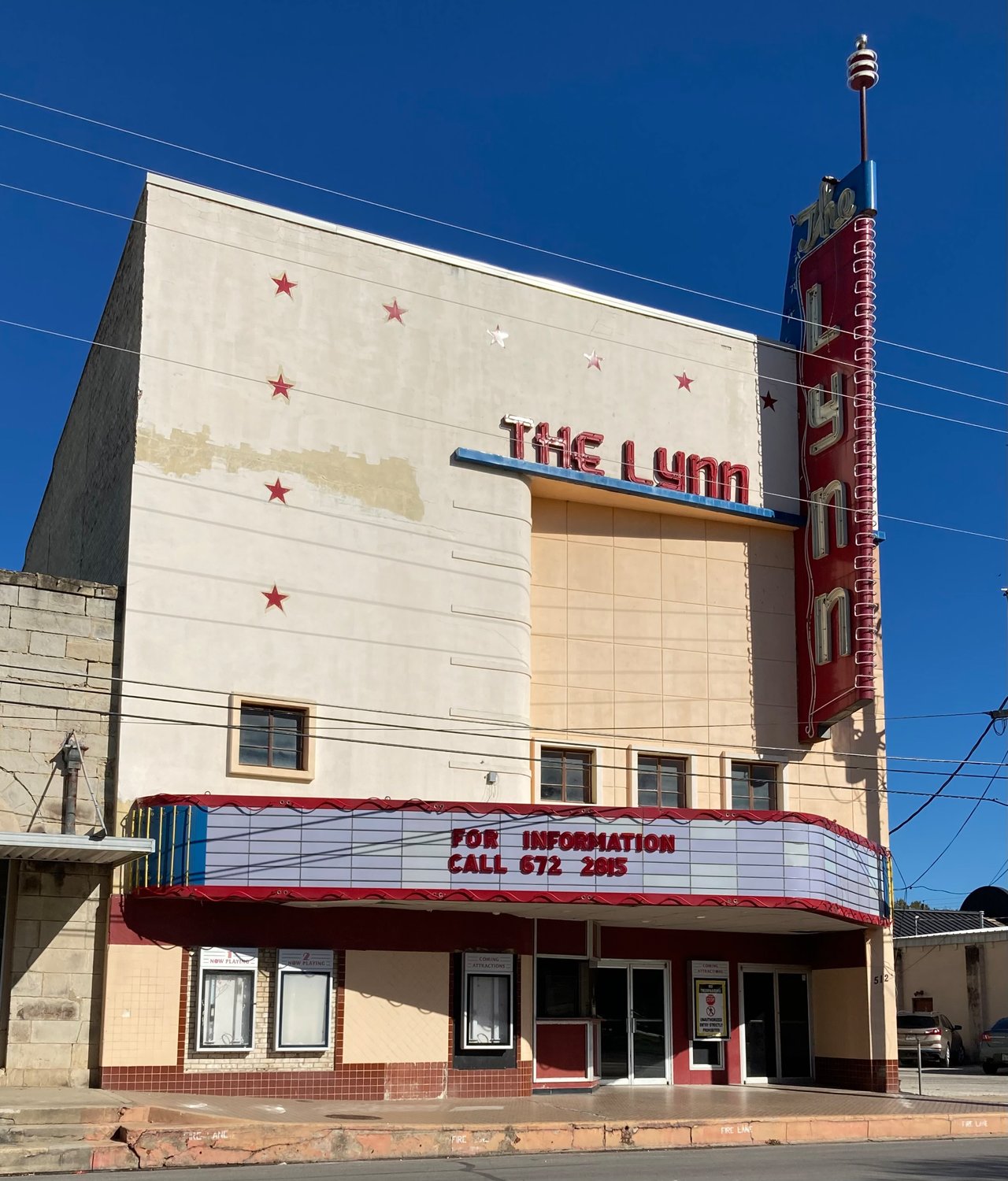 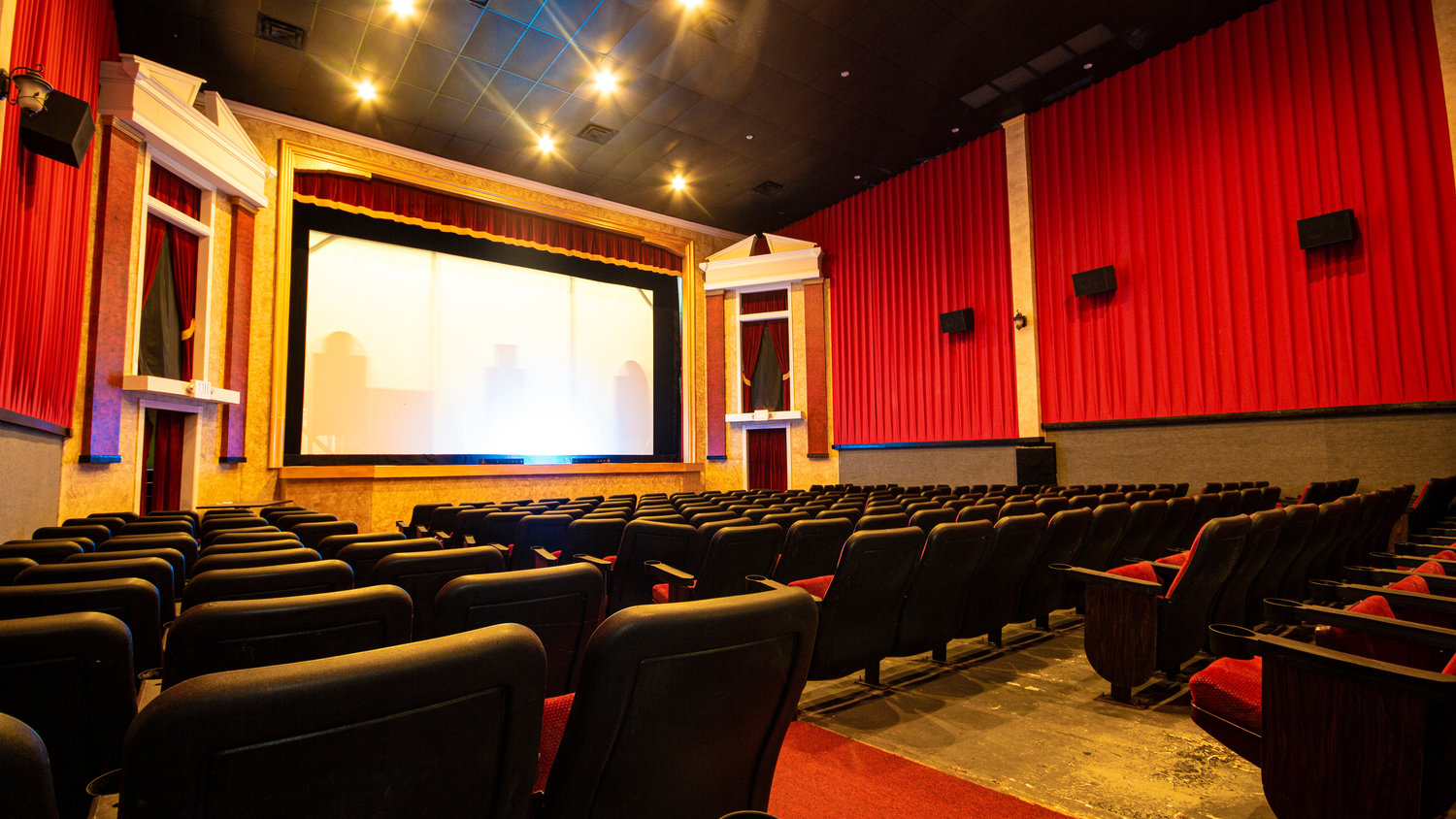 As the final decision on the status of the Lynn Theatre goes to a vote before the Gonzales City Council on Thursday, Jan. 19, two groups of investors have shared with the Gonzales Inquirer their ideas for the historical venue.

The Durham brothers (Doug and David), Dennis Kaiser, and Susanna Sontani-Telford together put in a letter of intent to purchase the Lynn and restore it while keeping the historic significance intact.

Kaiser grew up in Gonzales and had a lot of fond memories of seeing the first Star Wars movie in the summer of 1977.

The theater has been closed since 2020, and Doug Durham saw the impact when he and his brother David moved into town.

Doug Durham said there is no family entertainment and nothing to do in Gonzales and it has a huge impact on the families here in Gonzales.

“We have great intentions of trying to regulate it as a theater and also possibly live entertaining, depending on exactly what goes on with the city. But our main focus is to keep it as a historic structure,” Kaiser added.

Kaiser used Yoakum's Grand Theater as an example — how it was restored and utilized other businesses to help promote it.

Kaiser said when they opened up Grand Central Station restaurant, they not only expanded the theater, but also added an additional theater.

Movie theaters in small communities have a huge impact, and Kaiser said having that provides some local entertainment.

"When you have businesses like bed and breakfasts, and also hotel management, and even the families that live in this area, it provides something of a release from their everyday life to be something as part of fantasy and also entertainment,” Kaiser said.

History is an important part of the theater, and Durham brothers and Kaiser are looking to preserve the building as a historical landmark in Gonzales.

“When you see towns like Wimberley, like New Braunfels, like Fredericksburg, they have done everything they could to keep their originality, which guess what, provides tourism because people want that,” Kaiser said.

Doug Durham said they want to make it affordable for families to take advantage of seeing a movie.

“We want to work with giving free movie nights to students, we want to we want to do different types of films, or like we want to do classic films have like science fiction,” Doug Durham said.

Kaiser said they want to take advantage of specialty events like “Come and Take It” and the Texas Junior High Rodeo by showing Western films or films about the Alamo.

Kaiser suggested to work together with the Crystal Theatre about utilizing the Lynn’s stage for performance.

Another potential buyer group has set their eyes on the historical theater — Sydney Allen and Devon Warzecha of Smiley — and Allen said first and foremost goal is to make it a movie theater.

“There will be the option for dinner and a movie. In addition, I am going to open The Lynn up to be used as an entertainment venue, excluding live plays because that is the Crystal Theatre’s business and they’ve done a brilliant job. The Lynn will play as active a role in the community as it possibly can under my ownership,” Allen said.

“I would like to tie into all community and charitable events where I can. Learning is a passion of mine, so anything I can do to help the school and students is definitely on my radar,” Allen continued.

Allen’s other ideas include and are not limited to a movie study night, gamer night, conferences and more.

Like the Durham brothers and Kaiser mention, Allen knows how important it is for the Lynn to be open and operating in the community and it provides entertainment without having to travel too far, she said.

“It will help put parents’ minds a little more at ease. I believe this will have an extremely positive impact on the community and it’s important for strengthening community bonds/camaraderie,” Allen said.

Allen fondest memories of the Lynn was seeing Disney’s Tarzan in 1999, and recalls the old seats and how it felt like a real theater that a performance of the Nutcracker would show.

“It felt like I was a part of history. It was all so magical … It’s so fun to imagine the past and feel as if your a small living piece of it,” Allen said.

“There’s still something so magical about The Lynn Theatre and everyone should be able to experience that magic,” Allen continued.

The council will make its final decision in the Jan. 19 meeting, and both groups hope they’ll vote for what is in the best interest for the community of Gonzales.

“I think everyone should be considered for what the usage of the building should be, and also how it's going to be preserved for the future. And consider also Gonzales history at the same time,” Kaiser said.

“In the best of worlds, the council will vote for the person who provided the best plan for our people, the growth and revenue of the community, historical preservation of The Lynn Theatre, and meets the requirements set forth by the City Council,” Allen said.