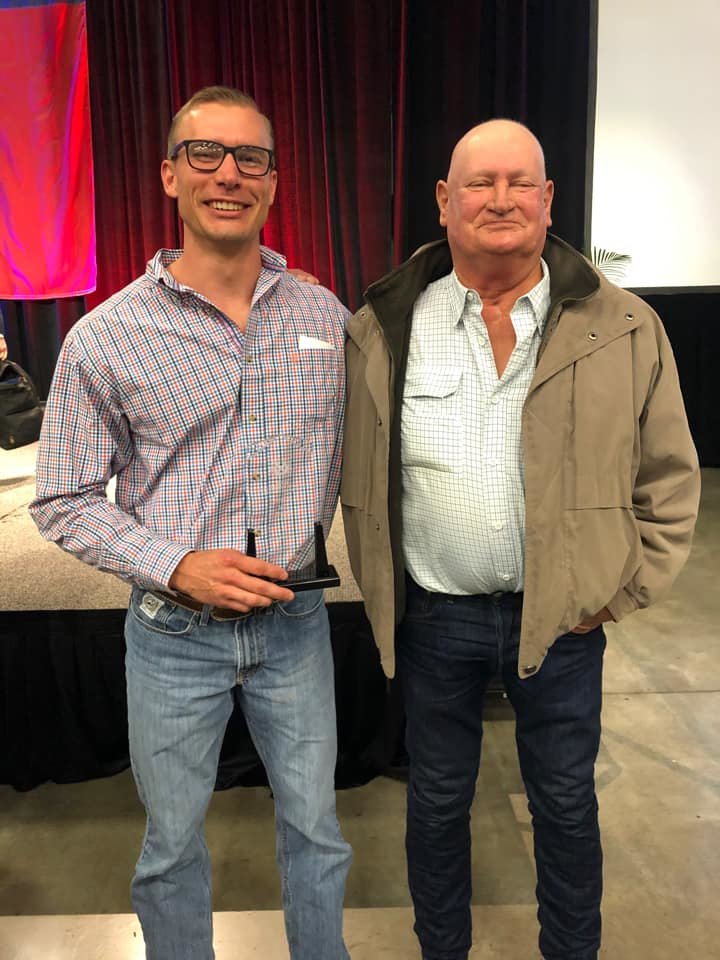 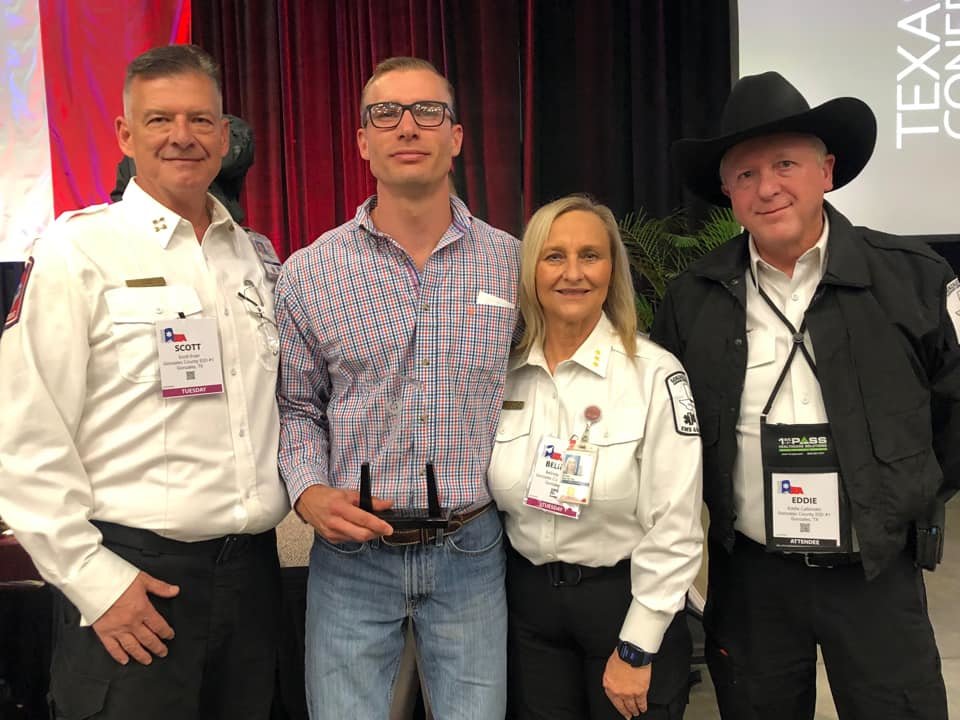 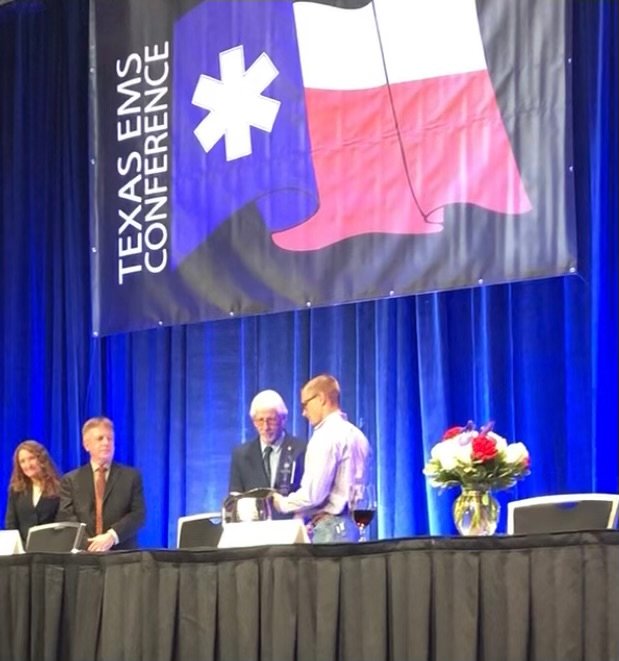 A Gonzales County man who gave his own father an emergency cricothyrotomy and CPR to save his life received the highest non-professional award given by emergency medical providers in the Lone Star State last week.

At the Texas EMS Conference in Austin on Tuesday, Nov. 22, the Texas Department of State Health Services’ EMS/Trauma division presented Joseph Wenske the 2022 EMS Citizen of the Year Award. A packed house of several hundred EMS personnel, physicians, educators, DSHS statewide leaders gave Wenske a standing ovation as the tale of his heroism was recounted.

The award nomination criteria states the Citizen Award “honors a private citizen for a heroic lifesaving act or unique advocacy of EMS.” Nominations are accepted from across the state of Texas. Wenske was nominated by Gonzales County Emergency Services District No. 1.

The state’s top EMS administrator, Joe Schmider, presented the award to Wenske as a second official read the harrowing account of how Joseph courageously saved the life of his father, Ben, this past March.

ESD 1 and Gonzales County Judge Pat Davis had previously presented Joseph Wenske a special lifesaving award recognizing his heroics at their own banquet on March 29 — four weeks to the day Joseph Wenske had to cut his own father’s throat in order to help him breathe again.

Ben Wenske was at his home near Moulton in northeast Gonzales County on March 1 when he started having trouble breathing due to an allergic reaction to a medication, which caused his tongue and throat to swell. He managed to call his wife, Elizabeth, at her job in Lavaca County to let her know of his distress before becoming unable to speak. Elizabeth had a co-worker call 911 and she called Joseph to let him know about her husband’s medical emergency.

Joseph arrived at the home before EMS to find his father in “severe respiratory distress.” Realizing his father’s life was in jeopardy because he could not breathe, Joseph put Ben in his truck with the thought of taking him to the medical help, but realized time was running short to save his father’s life.

Wenske had the presence of mind to take his father out of the truck, place him onto the ground and perform an emergency cricothyrotomy procedure he had only witnessed before on TV shows and in the movies, using a small box-cutter knife in his pocket that held a razor blade he had just replaced a few days prior.

Noticing Ben was still not breathing and had no pulse, Joseph performed three rounds of CPR until he was able to regain a pulse on his dad. EMTs arrived and were able to use the hole Joseph cut to insert  an endotracheal tube while they stabilized his vital signs and reversed the allergic reaction.

Ben Wenske was then airlifted by helicopter to M.D. Anderson Hospital in Houston, where he was treated and eventually released. Because of his son’s quick thinking, he was present along with Joseph’s mother Elizabeth and wife Hope to see Joseph saluted by the state’s EMS personnel.