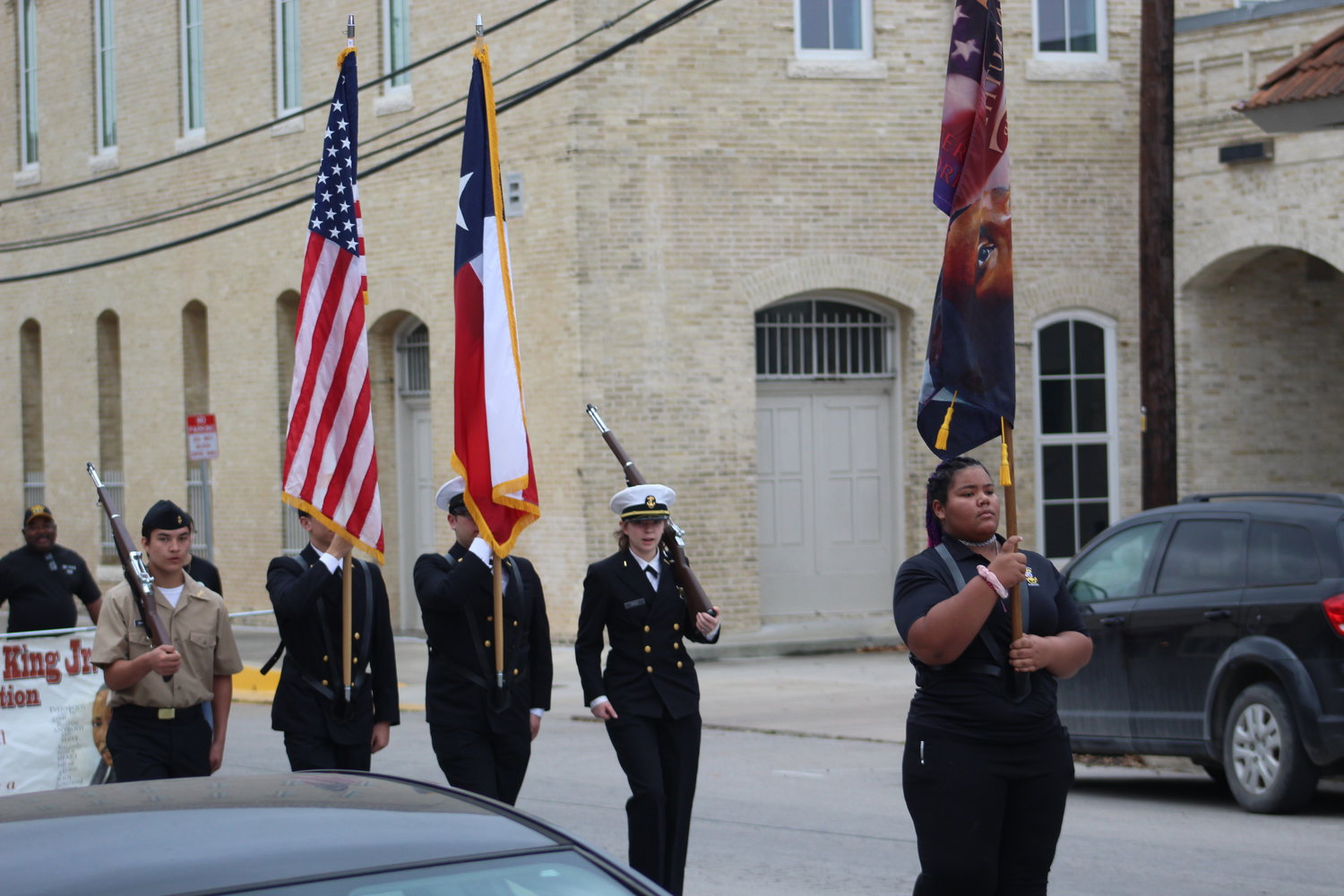 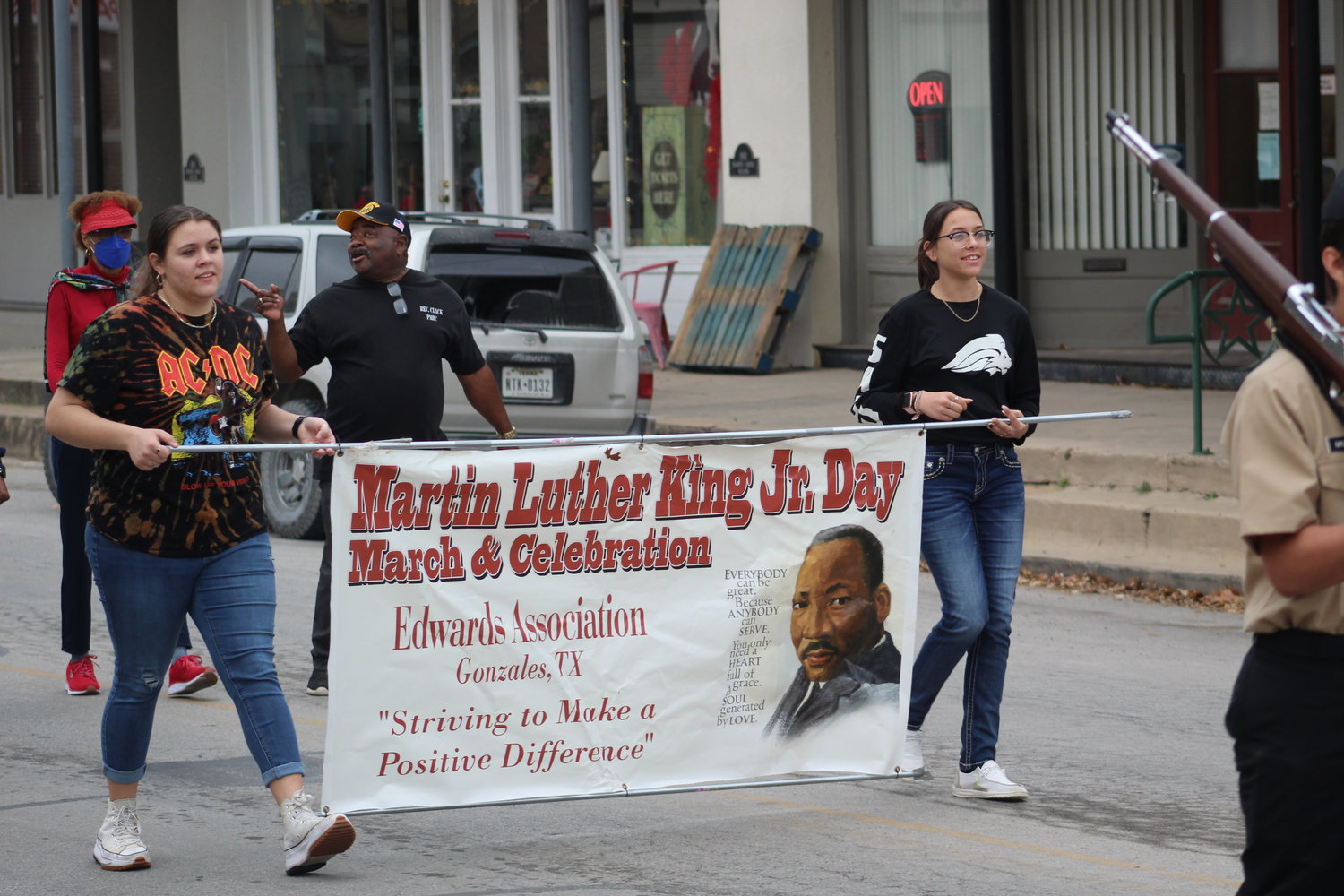 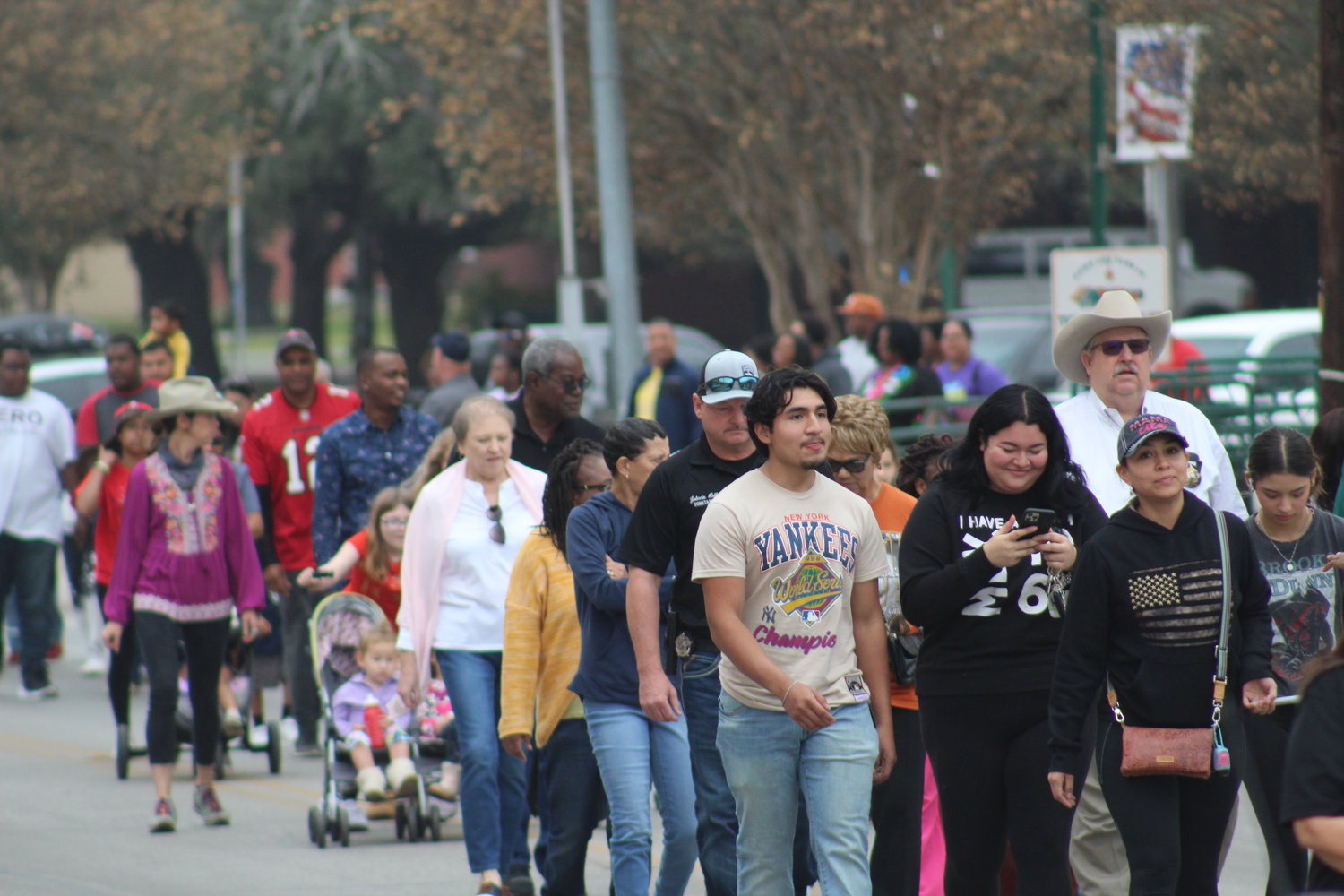 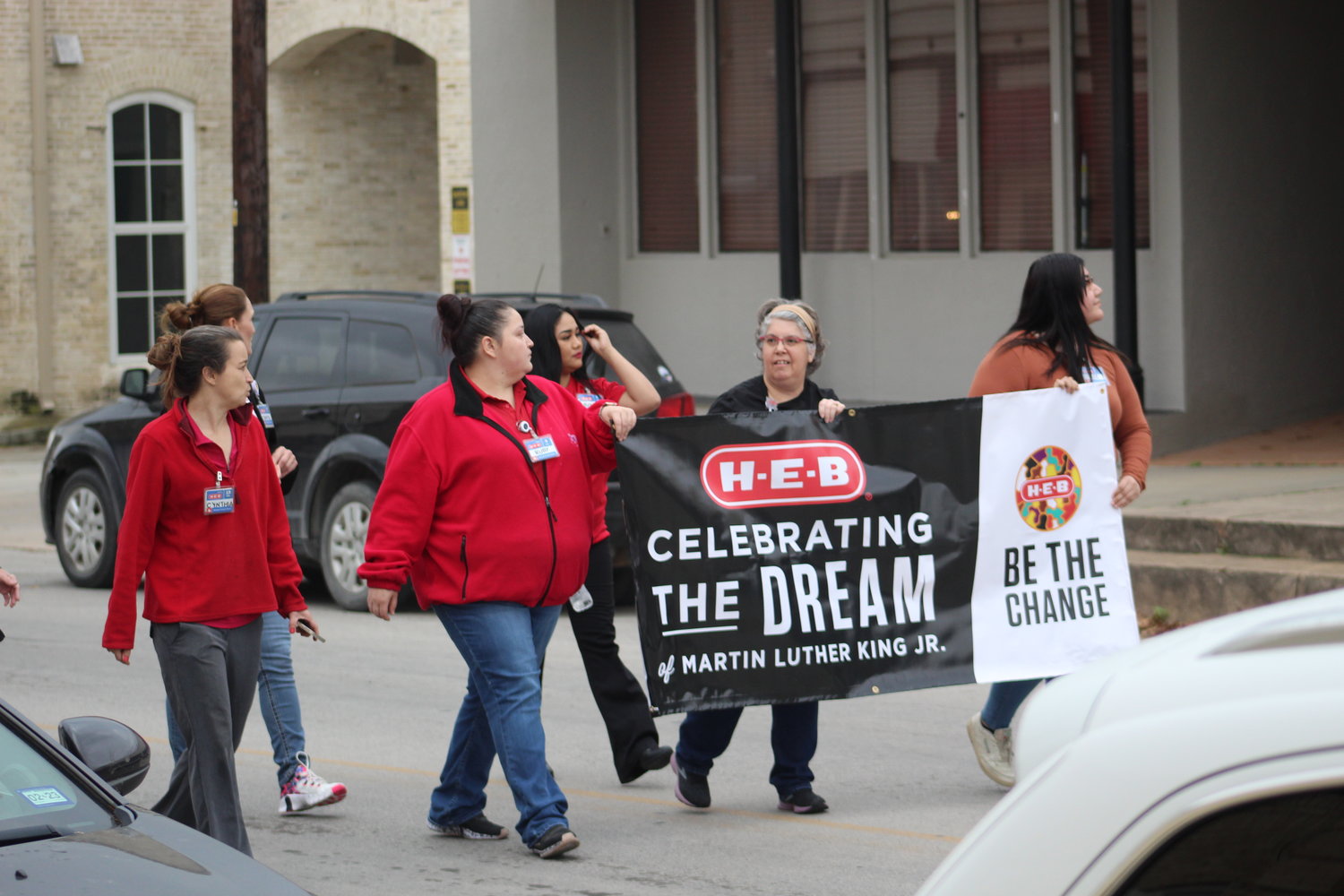 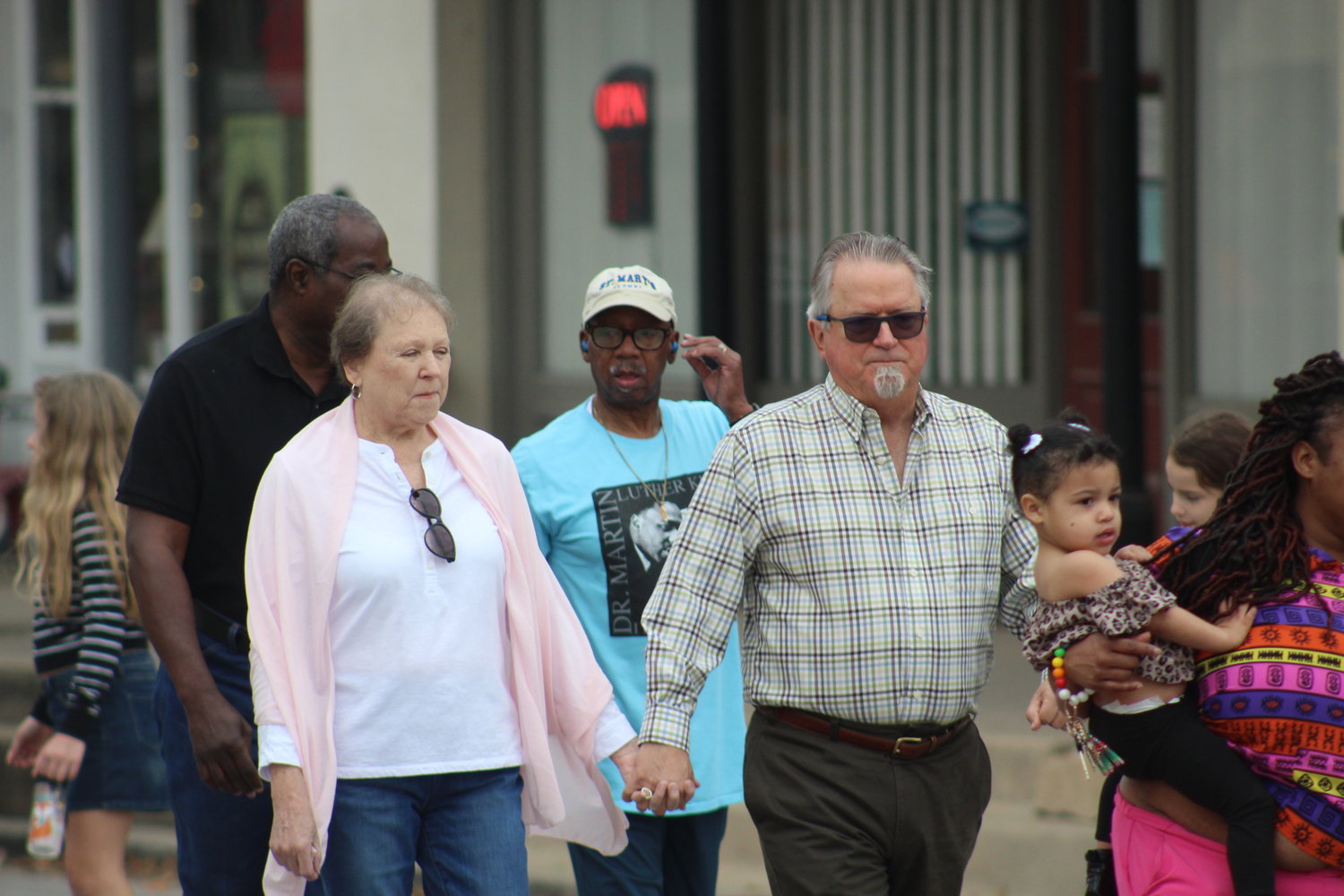 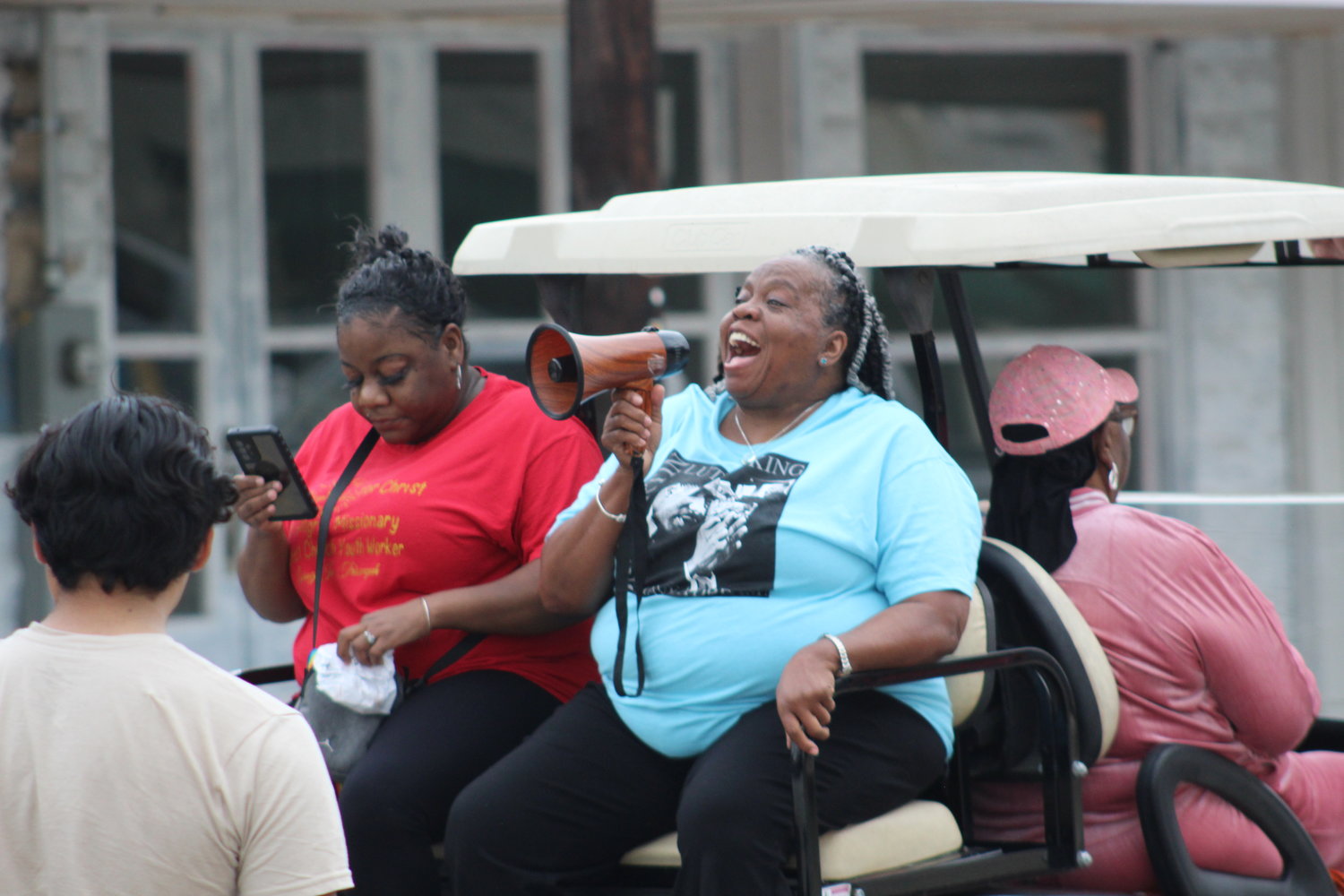 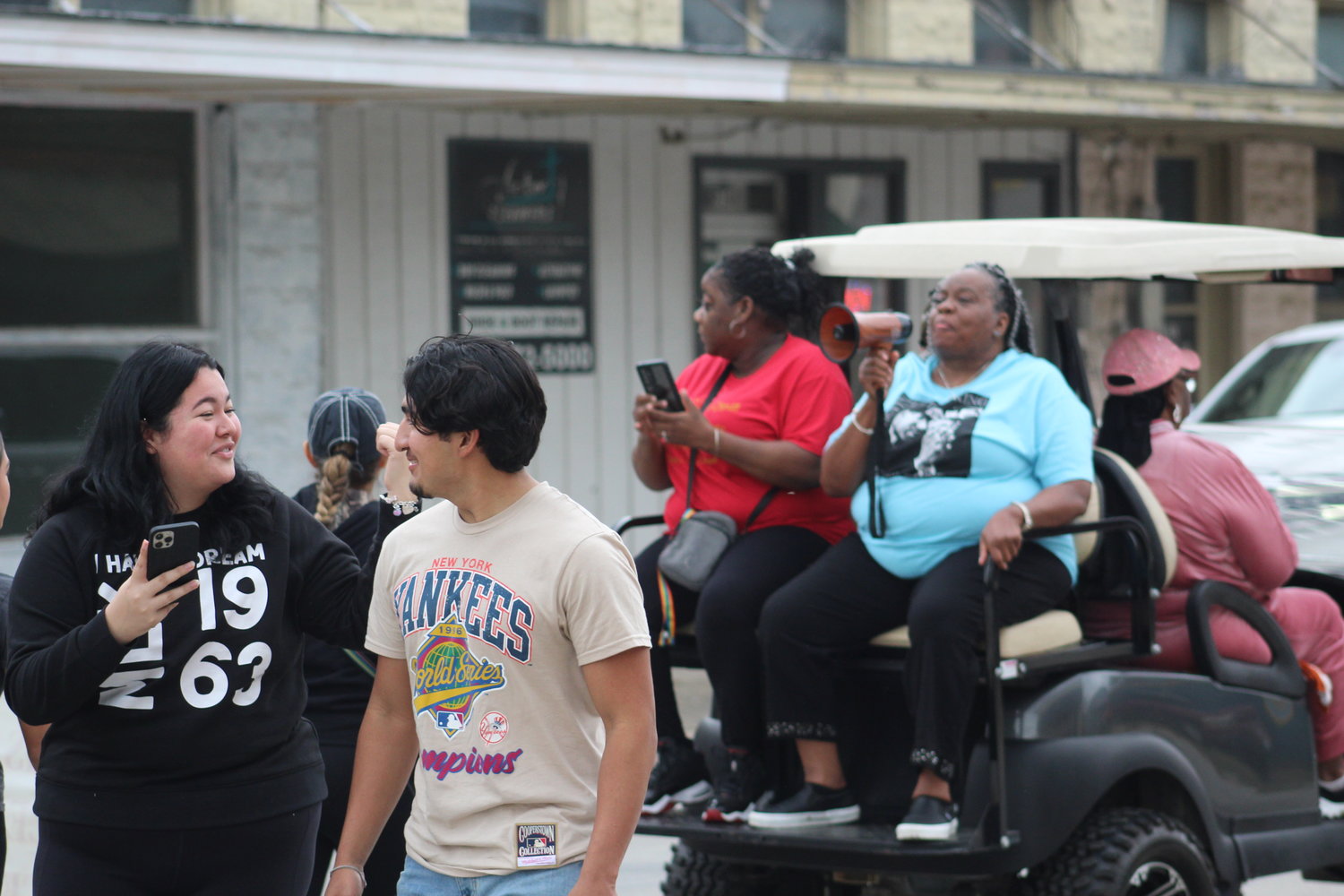 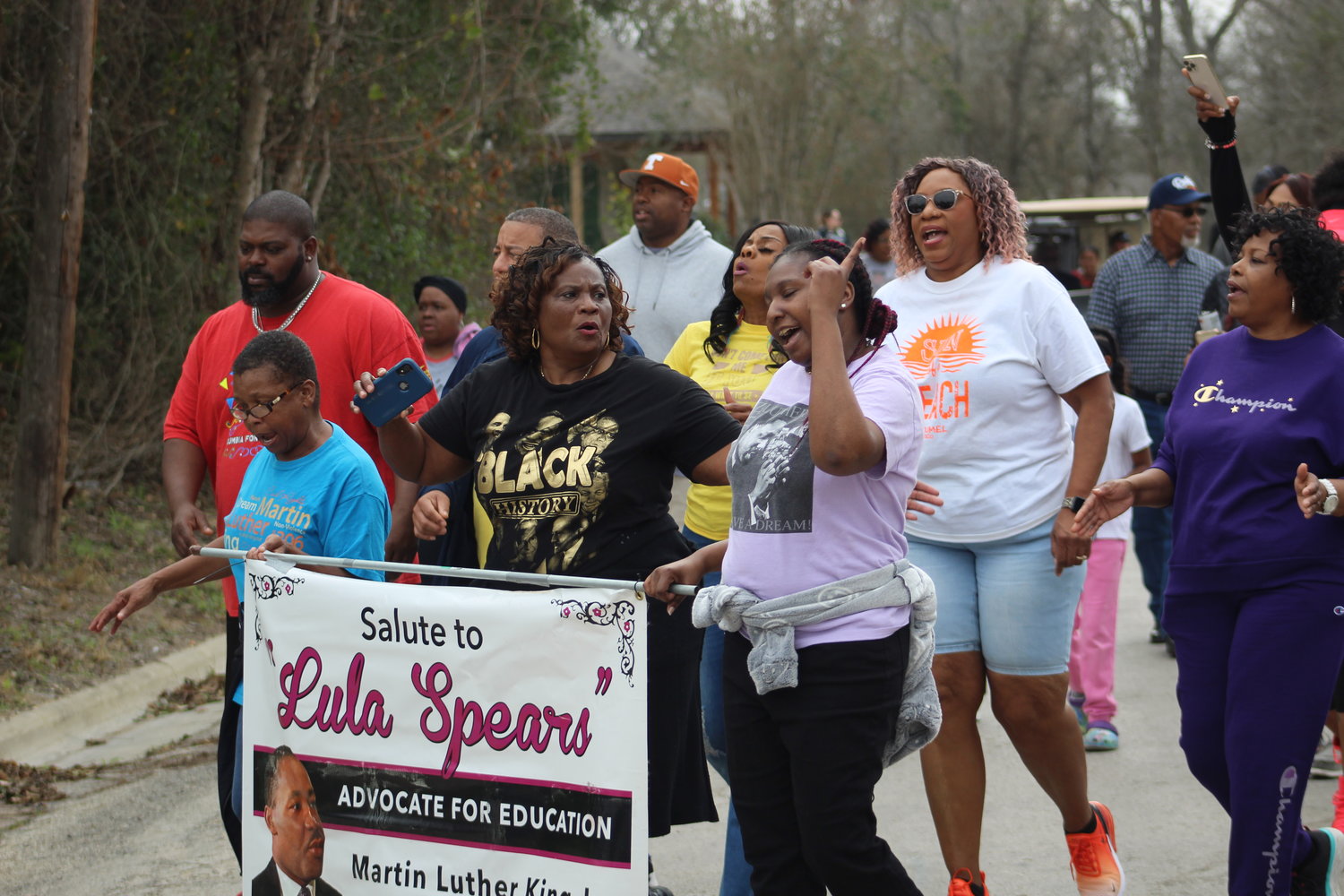 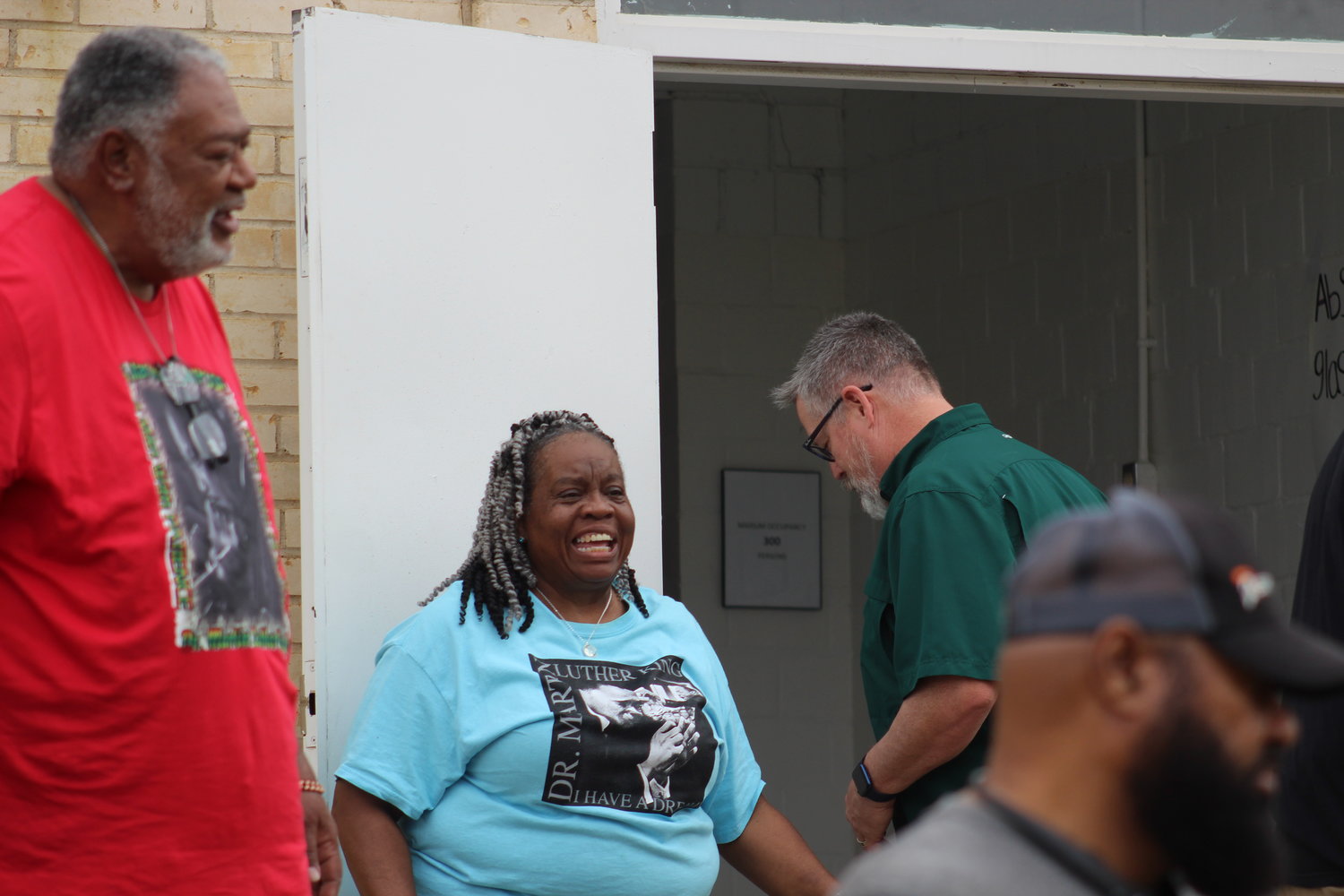 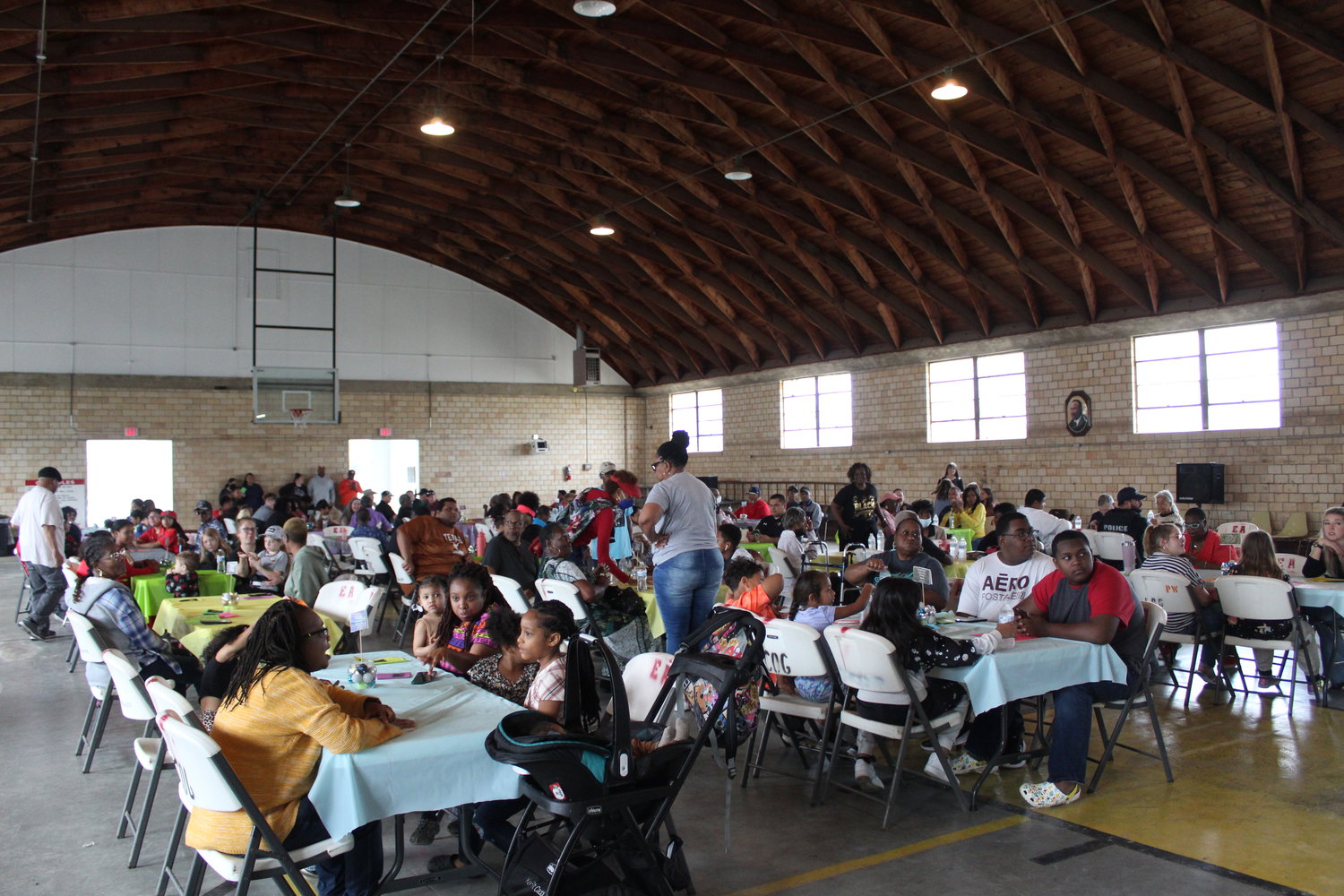 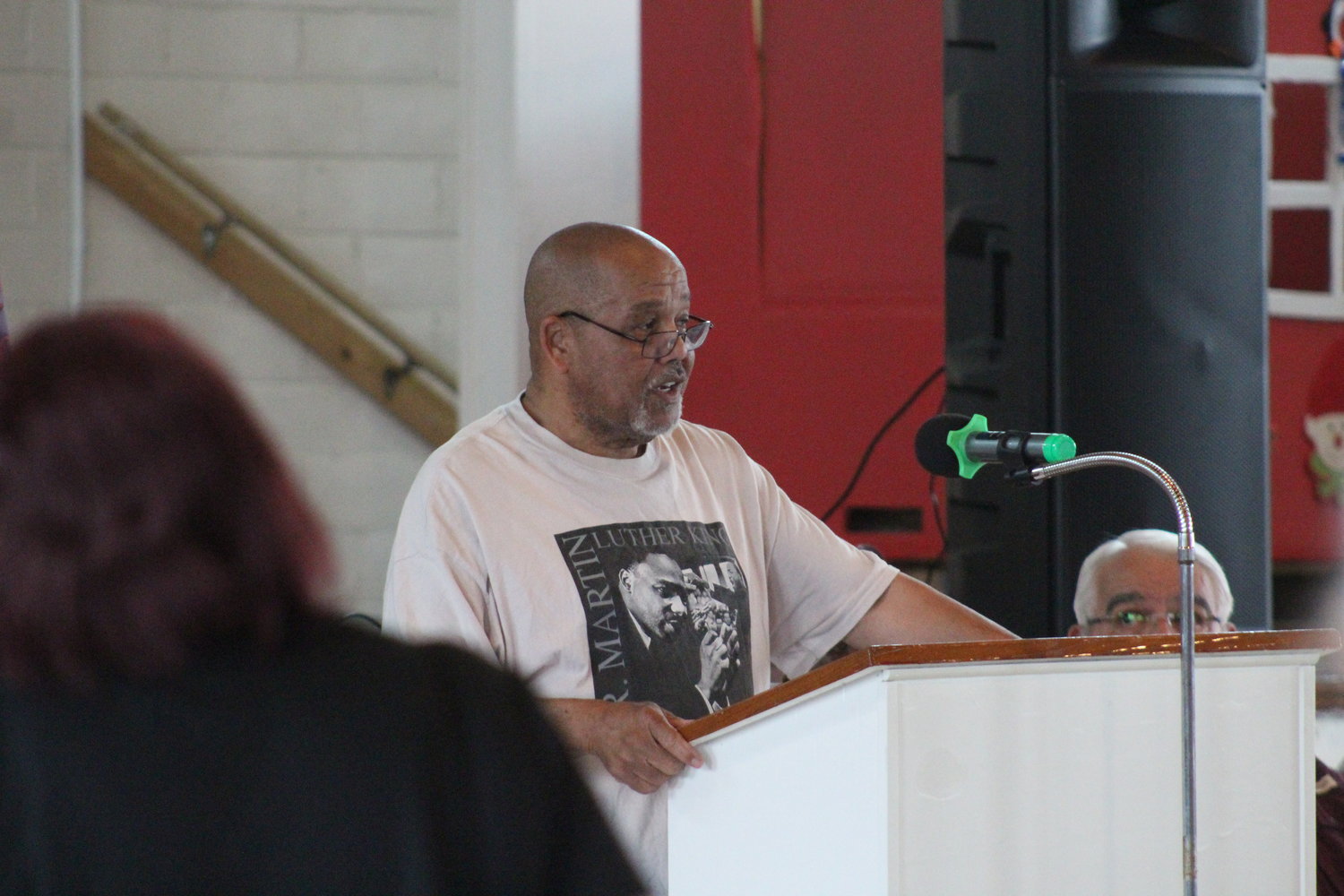 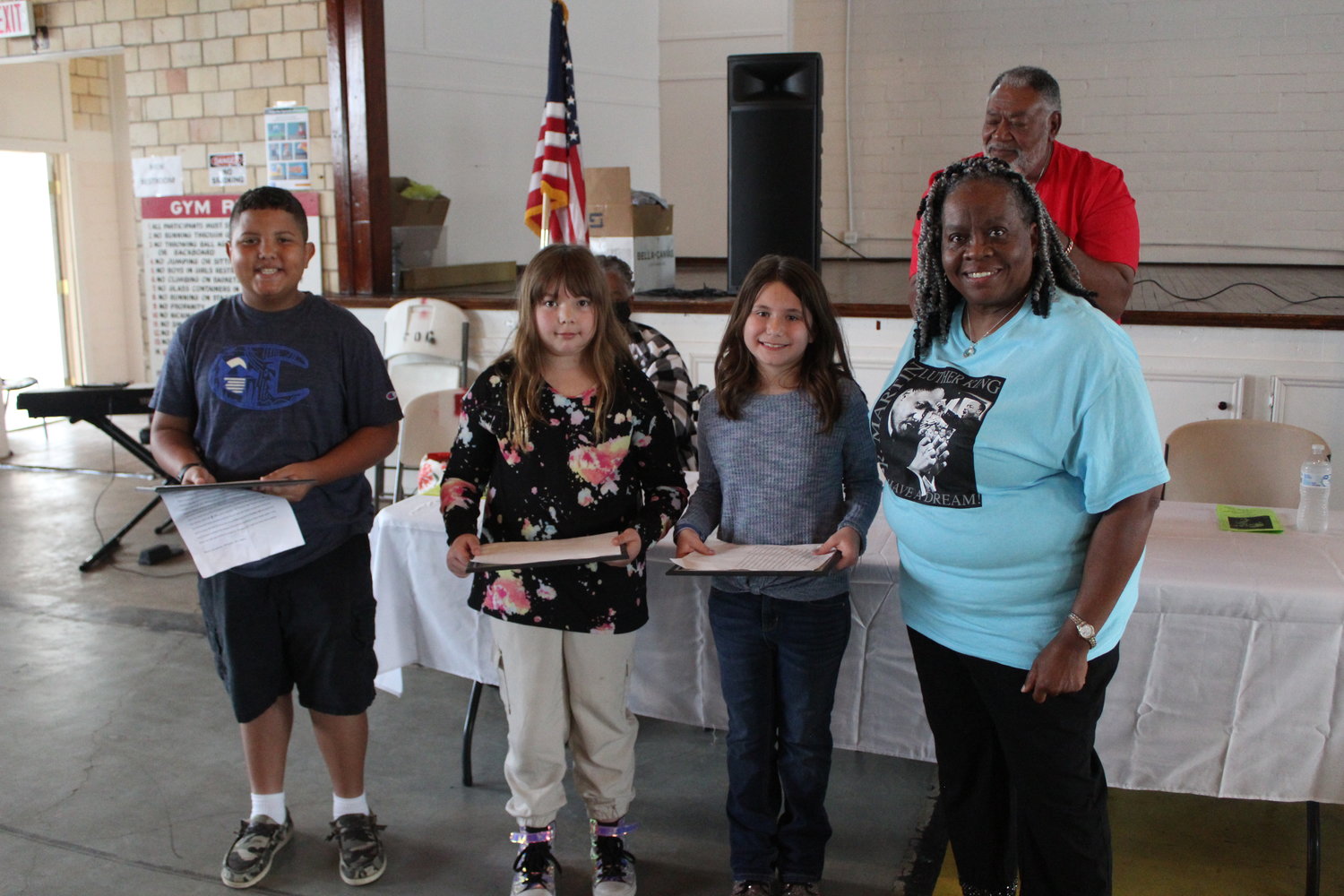 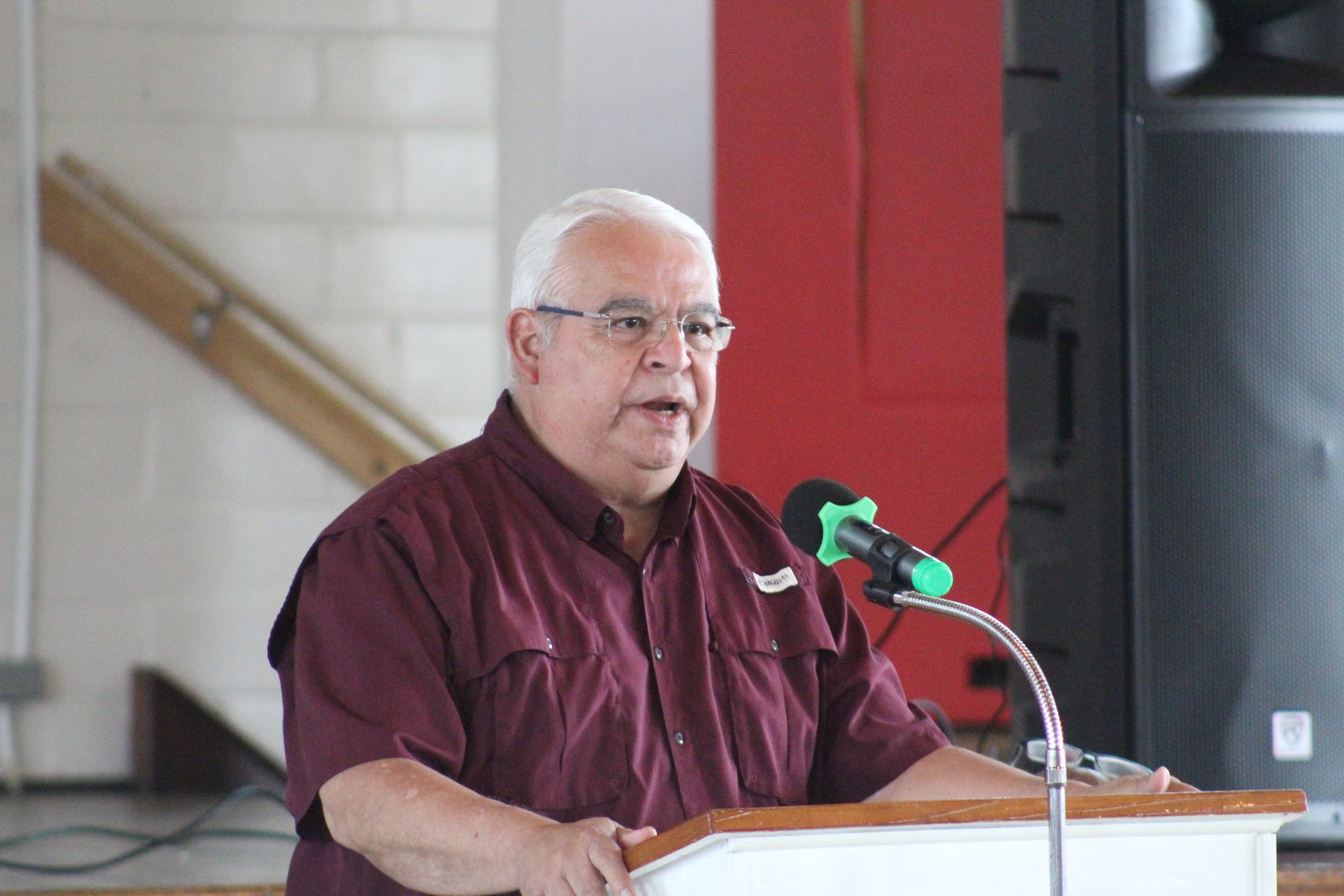 Emancipation Proclamation. This momentous decree came as a great beacon of hope to millions of slaves, who had been seared in the flames of whithering injustice. It came as a joyous daybreak to end the long night of their captivity. But one hundred years later, the colored America is still not free. One hundred years later, the life of the colored American is still sadly crippled by the manacle of segregation and the chains of discrimination.

In a sense we have come to our Nation’s Capital to cash a check. When the architects of our great republic wrote the magnificent words of the Constitution and the Declaration of Independence, they were signing a promissory note to which every American was to fall heir.

This note was a promise that all men, yes, black men as well as white men, would be guaranteed the inalienable rights of life liberty and the pursuit of happiness.

It is obvious today that America has defaulted on this promissory note insofar as her citizens of color are concerned. Instead of honoring this sacred obligation, America has given its colored people a bad check, a check that has come back marked “insufficient funds.”

We have also come to his hallowed spot to remind America of the fierce urgency of Now. This is not time to engage in the luxury of cooling off or to take the tranquilizing drug of gradualism.

Now is the time to make real the promise of democracy.

Now it the time to rise from the dark and desolate valley of segregation to the sunlit path of racial justice.

Now it the time to lift our nation from the quicksand of racial injustice to the solid rock of brotherhood.

Now is the time to make justice a reality to all of God’s children.

I would be fatal for the nation to overlook the urgency of the moment and to underestimate the determination of it’s colored citizens. This sweltering summer of the colored people’s legitimate discontent will not pass until there is an invigorating autumn of freedom and equality. Nineteen sixty-three is not an end but a beginning. Those who hope that the colored Americans needed to blow off steam and will now be content will have a rude awakening if the nation returns to business as usual.

There will be neither rest nor tranquility in America until the colored citizen is granted his citizenship rights. The whirlwinds of revolt will continue to shake the foundations of our nation until the bright day of justice emerges.

We can never be satisfied as long as our bodies, heavy with the fatigue of travel, cannot gain lodging in the motels of the highways and the hotels of the cities.

We cannot be satisfied as long as the colored person’s basic mobility is from a smaller ghetto to a larger one.

We can never be satisfied as long as our children are stripped of their selfhood and robbed of their dignity by signs stating “for white only.”

No, no we are not satisfied and we will not be satisfied until justice rolls down like waters and righteousness like a mighty stream.

You have been the veterans of creative suffering. Continue to work with the faith that unearned suffering is redemptive.

Let us not wallow in the valley of despair. I say to you, my friends, we have the difficulties of today and tomorrow.

I still have a dream. It is a dream deeply rooted in the American dream.

I have a dream that one day this nation will rise up and live out the true meaning of its creed. We hold these truths to be self-evident that all men are created equal.

I have a dream that one day even the state of Mississippi, a state sweltering with the heat of oppression, will be transformed into an oasis of freedom and justice.

I have a dream that my four little children will one day live in a nation where they will not be judged by the color of their skin but by their character.

I have a dream today.

I have a dream that one day down in Alabama, with its vicious racists, with its governor having his lips dripping with the words of interposition and nullification; that one day right down in Alabama little black boys and black girls will be able to join hands with little white boys and white girls as sisters and brothers.

I have a dream today.

This is our hope. This is the faith that I will go back to the South with. With this faith we will be able to hew out of the mountain of despair a stone of hope.

With this faith we will be able to transform the jangling discords of our nation into a beautiful symphony of brotherhood.

This will be the day when all of God’s children will be able to sing with new meaning “My country ’tis of thee, sweet land of liberty, of thee I sing. Land where my father’s died, land of the Pilgrim’s pride, from every mountainside, let freedom ring!”

Let freedom ring from the heightening Alleghenies of Pennsylvania.

Let freedom ring from the snow-capped Rockies of Colorado.

Let freedom ring from the curvaceous slopes of California.

But not only that, let freedom, ring from Stone Mountain of Georgia.

Let freedom ring from every hill and molehill of Mississippi and every mountainside.

The legacy of Dr. Martin Luther King Jr. lived on at the 20th annual MLK march in Gonzales Monday, Jan. 16.

Hundreds of people gathered on Texas Independence Square as they lined up to march to the Edward High School, where the Edwards Association held its annual MLK celebration.

Edwards Association President David Tucy was impressed by the turnout for this year’s march.

This year marks 20 years of the annual march and Tucy remembers that first march and how it grew in the last two decades.

The difference from the first march was, in that first year, they didn’t have a JROTC marching with the American flag, Texas flag and the MLK banner — and this year, they had more people participate.

“We have more participation from U.S., city and county officials and all our elected officials. We're just so grateful for them to be here, and to show that they are participating in this most wonderful day,” Tucy said.

The year 2023 will mark the 60th anniversary of Dr. King’s march to Washington, D.C., where thousands gathered at the Lincoln Memorial as he gave his “I Have A Dream” speech on Aug. 28, 1963.

“I have a dream that my four little children will one day live in a nation where they will not be judged by the color of their skin, but by the content of their character,” Dr. Martin Luther King Jr., Aug. 28, 1963 in Washington D.C.

Tucy was 11 years old in Gonzales when Dr. King read his speech and Tucy recalled how it impacted the African-American communities in the United States.

“I was just looking yesterday, over here at the old Edwards Campus. Years ago, you wouldn't have seen what I saw yesterday. Little black kids and white kids, Hispanic kids playing out here on the campus of the Edwards High School,” Tucy said.

“When I was growing up, you would never have seen that in this area of this town. But now you see it and I just love it. And I just sat there and my heart was just filled with joy,” Tucy continued.

Tucy appreciated what everyone’s been doing around the city and county.

“We would like to see more inclusion and recognition here in the city of Gonzales. And then as we go forward, we're going to try to act on that,” Tucy said.