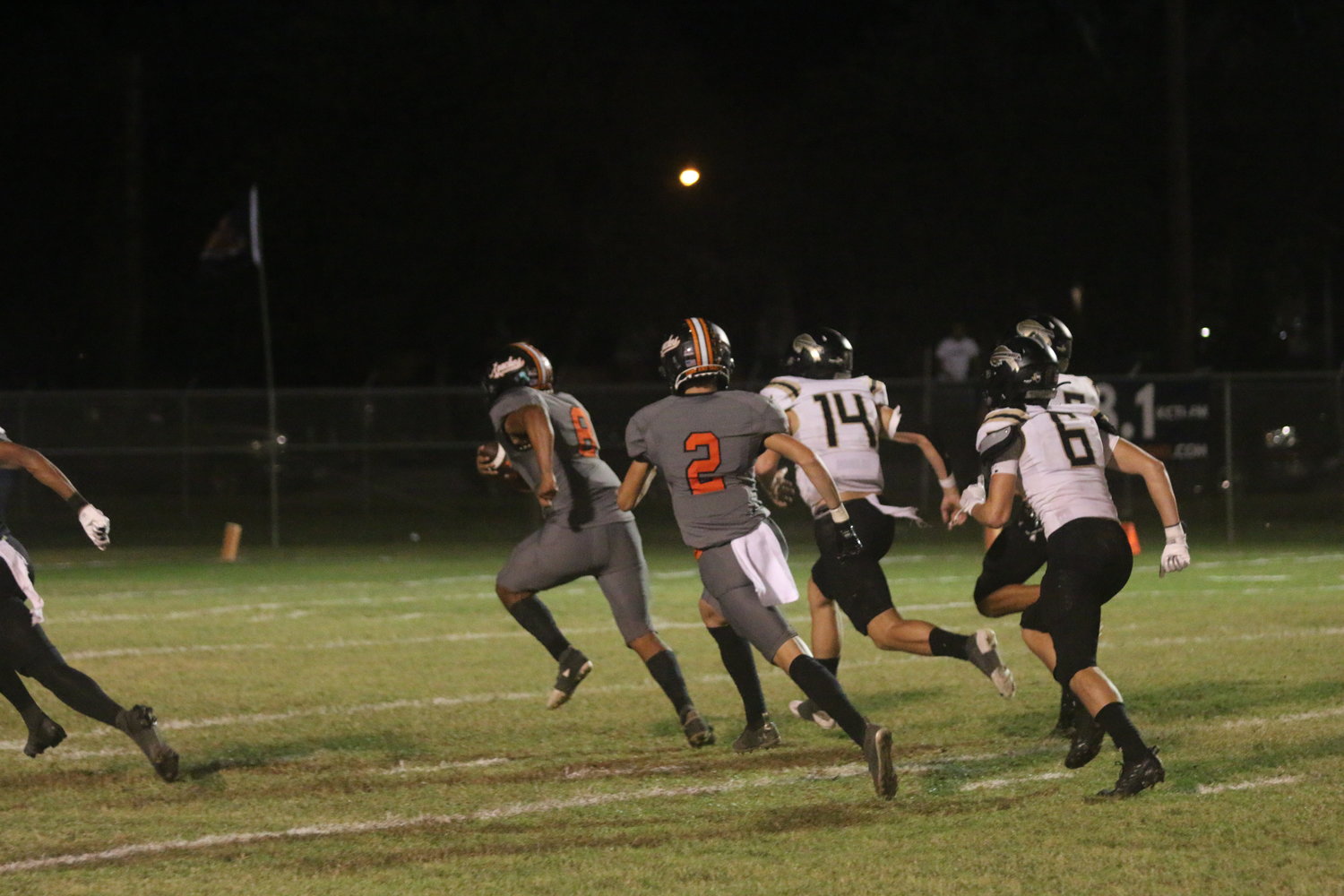 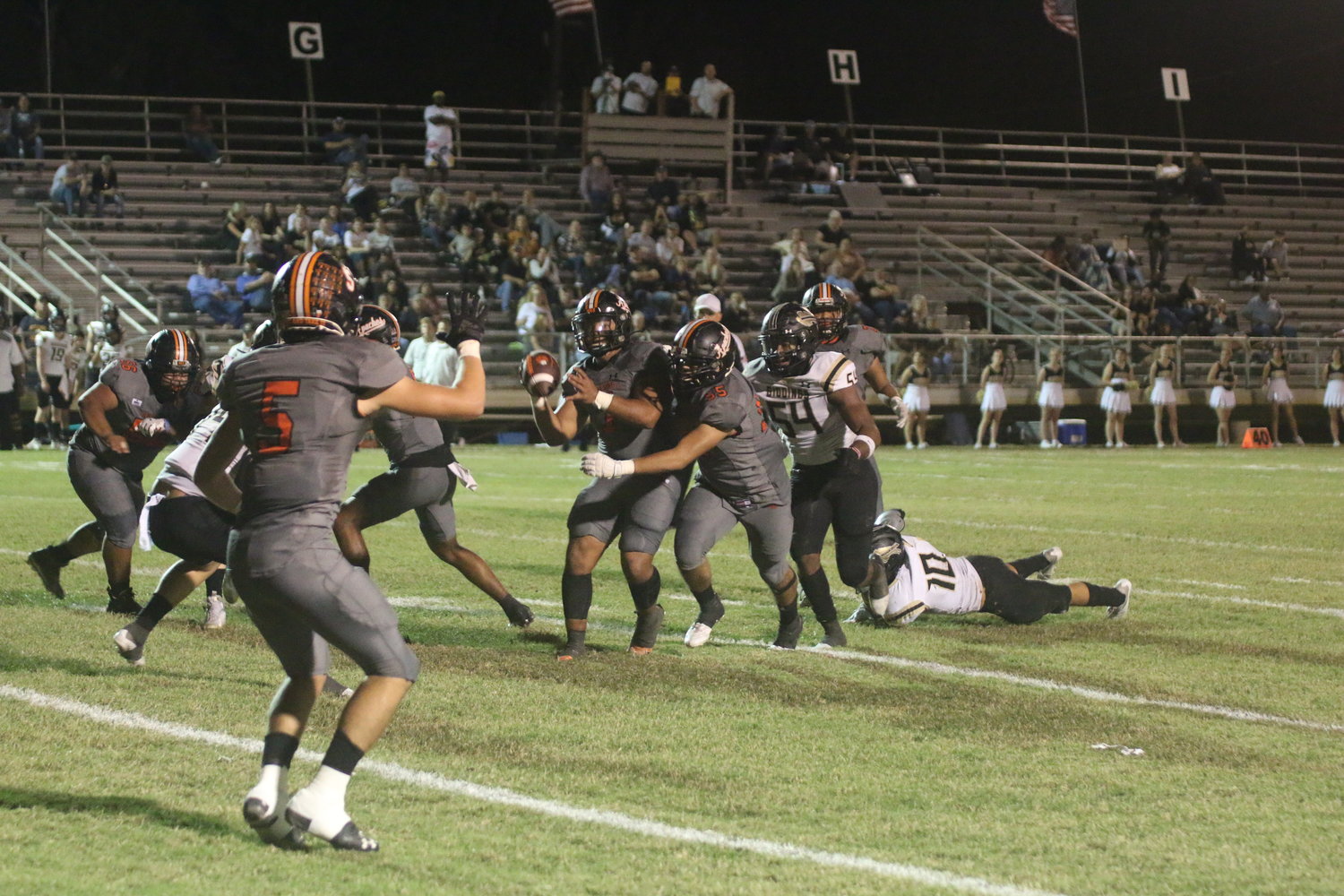 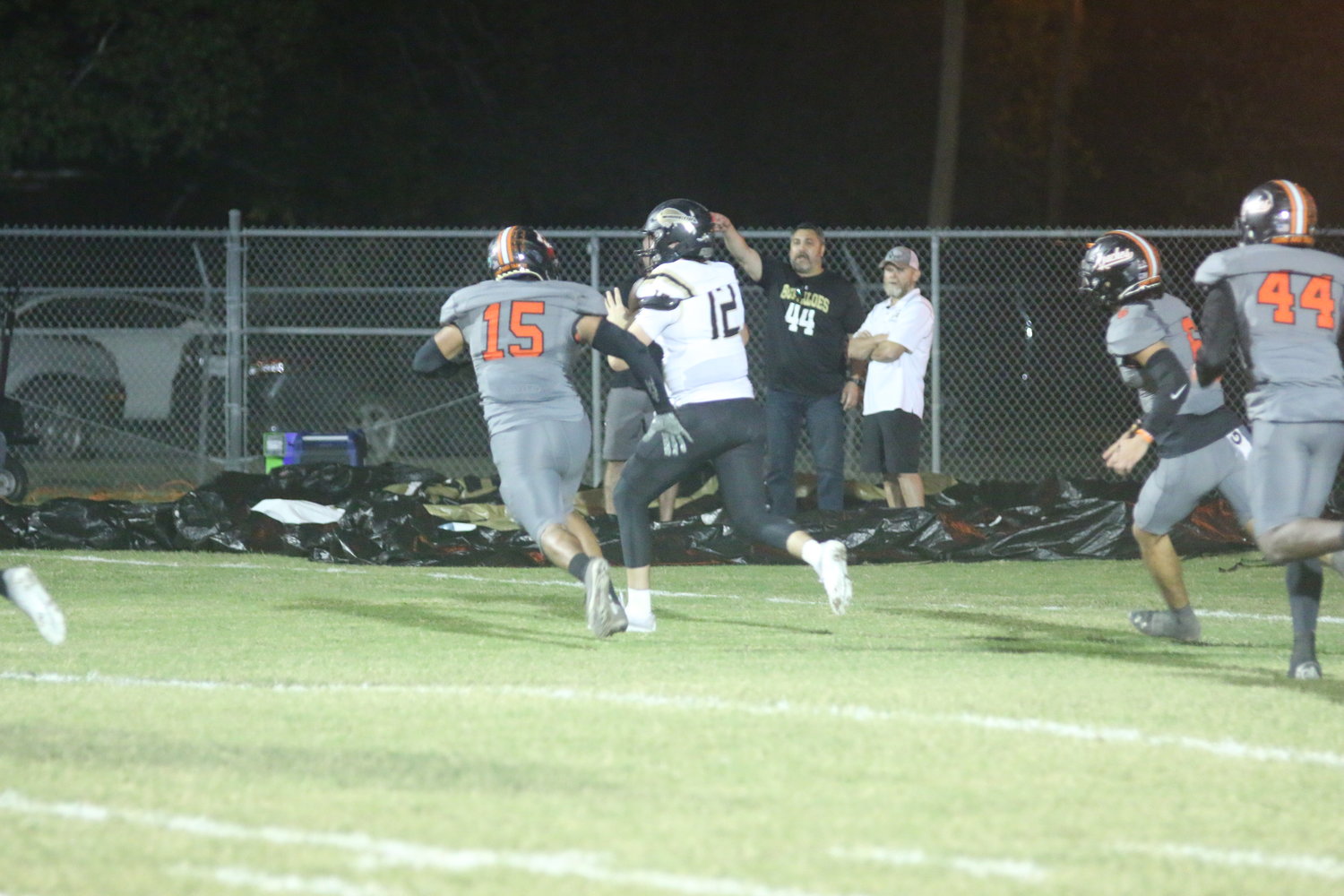 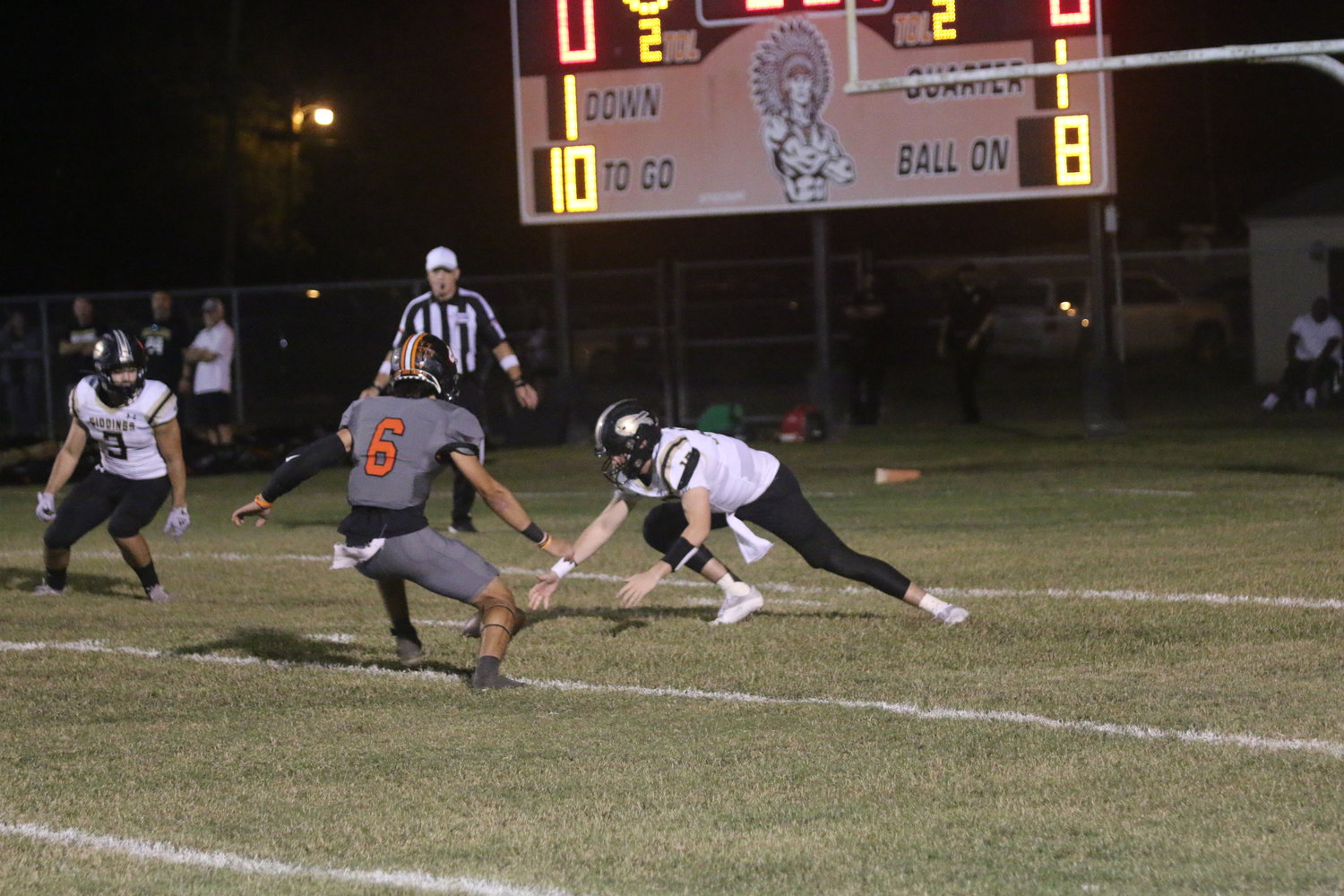 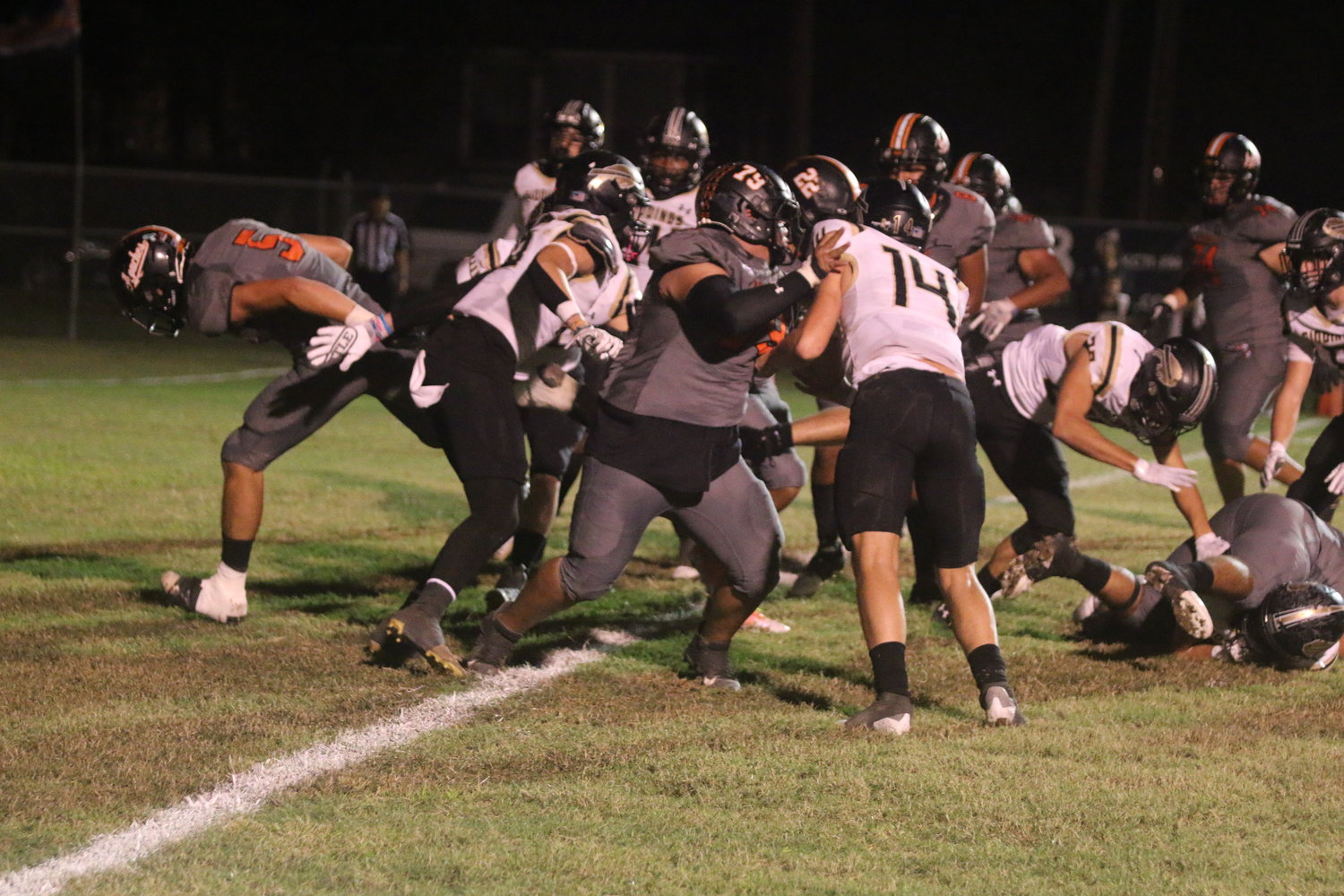 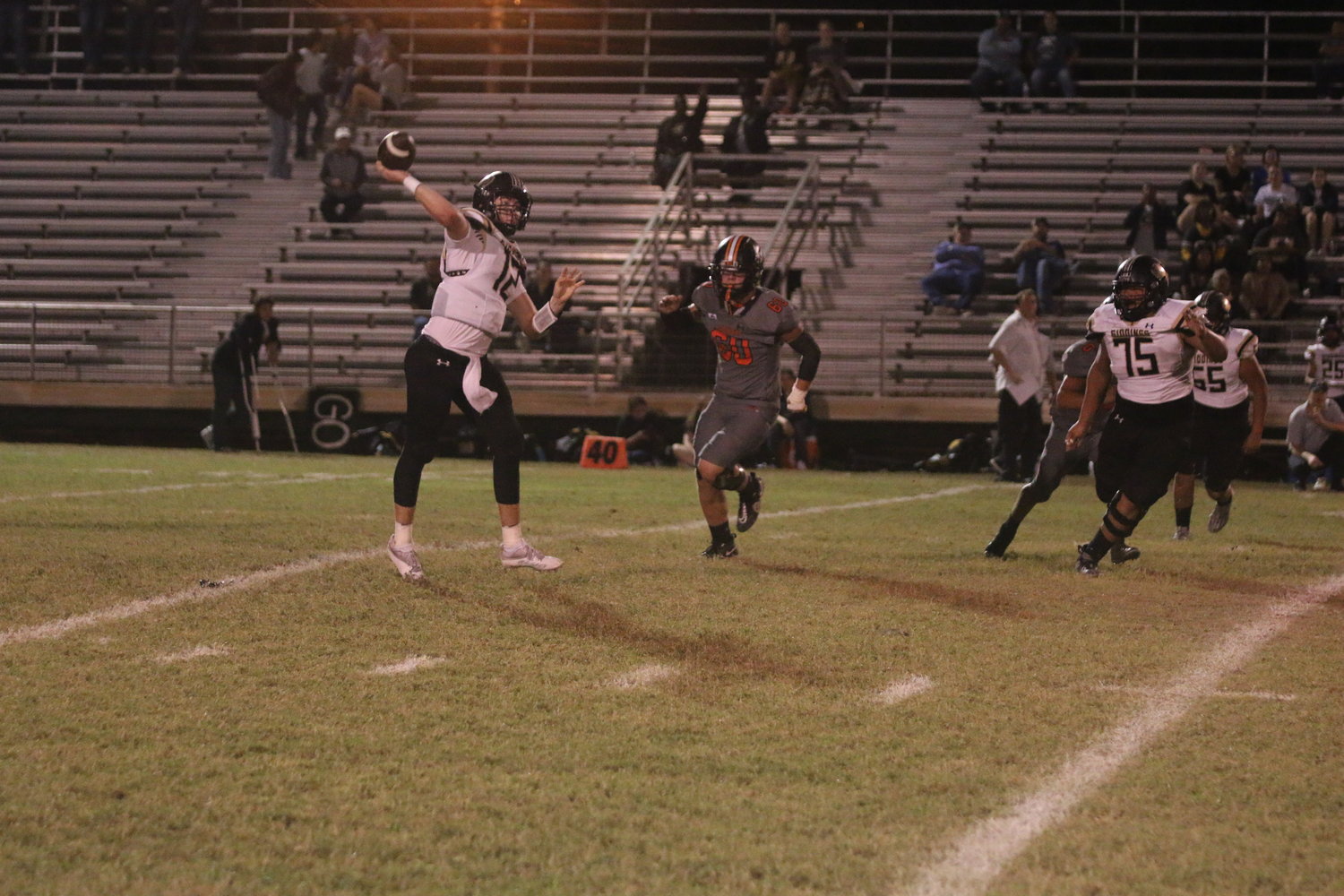 Gonzales had leads of 7-0 and 14-7, but in the end, couldn’t stop Giddings or score during crunch time as the Apaches closed out their 2022 campaign with a 21-14 home loss on Senior Night Thursday, Nov. 3, at Apache Field.

As a result, it was the Giddings Buffaloes (3-7, 2-3) and not the Gonzales Apaches (4-6, 2-3) who clinched the fourth and final playoff berth from District 12-4A-2 and will move on to the bi-district round to face Waco Connally on Thursday, Nov. 10.

The season finale was moved up a day from Friday, Nov. 4, due to concerns about storms that had been expected to hit the Gonzales County area either during the game or immediately afterwards when participants would be traveling home.

The two teams began the game by each going for it on fourth down on their opening possessions, with both teams turning the ball over on downs. On their second drive, Gonzales moved the ball to the Giddings 30, but the drive stalled out and the Apaches opted for a pooch punt by Jarren Johnson to the Giddings 7.

The Apache defense clamped down and forced the Buffaloes to punt from their own end zone, but a questionable unsportsmanlike conduct penalty against TJ Riojas led to one of the team’s top defenders being ejected from the game and gave Giddings a first down. Surprisingly, however, Giddings again went for it on another fourth down and 2 from their own 29 and they again turned it over on downs.

Gonzales got on the scoreboard first on the ensuing drive. Derrick Garza took the ball in from three yards out with 8:42 to play in the second quarter and the PAT kick was good, making it 7-0.

Giddings would respond on their next possession, needing just eight plays to move the ball 66 yards and connecting on a 10-yard TD reception with 4:34 left in the half. The PAT kick tied it at 7-7.

After getting the ball at the Giddings 39 due to kick interference, Gonzales had a chance to score before the half ended. They moved the ball to the Buffaloes 16 and tried a fake field goal on fourth down with seven seconds left, but the pass was incomplete and Giddings knelt out the clock on the first half.

In the second half, Gonzales regained the lead on their first possession after the break. Johnson found Josh Esparza open over the middle for a short gain and Esparza turned it into a 37-yard TD reception with 6:37 left in the third. The PAT kick made it 14-7 in the Apaches’ favor.

Giddings would tie it up on their next drive, aided by another unsportsmanlike conduct penalty against Apaches, who couldn’t seem to get the Buffaloes’ quarterback pinned down despite putting pressure on him all game. He converted big runs for first downs twice and later would score from a yard out with 1:22 left in the third. The PAT kick tied it back at 14-14.

Gonzales went three and out and punted and then Giddings scored their final points on a 65-yard drive that ended with a 38-yard TD pass with 10:09 remaining in the game. The kick made it 21-14 with Giddings taking the lead for the first time.

Gonzales drove the ball on their next possession to the Giddings 42, but again turned the ball over on downs. The defense was able to force a Giddings punt late in the half, but with the ball on their own 20, the Apaches’ season came down to four straight incompletions that turned the ball back over on downs to Giddings. The Buffaloes attempted a last-second field goal in an attempt to make sure they won any potential tiebreaker on point differential and the Apaches blocked it, but time ran out on the play and Gonzales’ season.

And after Smithville defeated Caldwell by an identical 21-14 score, the Apaches’ last hope to squeak into the playoffs faded away.

It was a season that saw the Apaches take big strides, moving from 2-8 last year to 4-6 this season and in competition for a playoff berth down to the final seconds of the last game of the season and bodes well for the 2023 squad Coach Joey Rivera will put together.