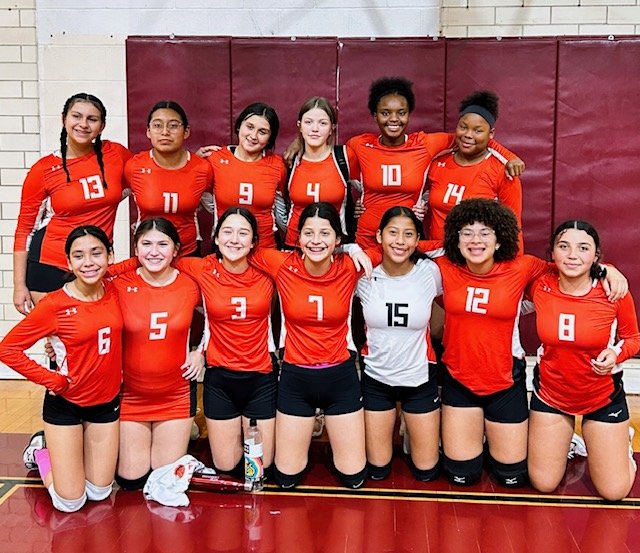 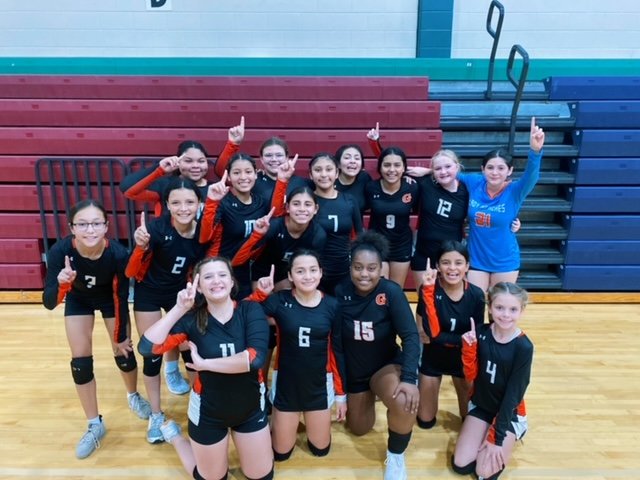 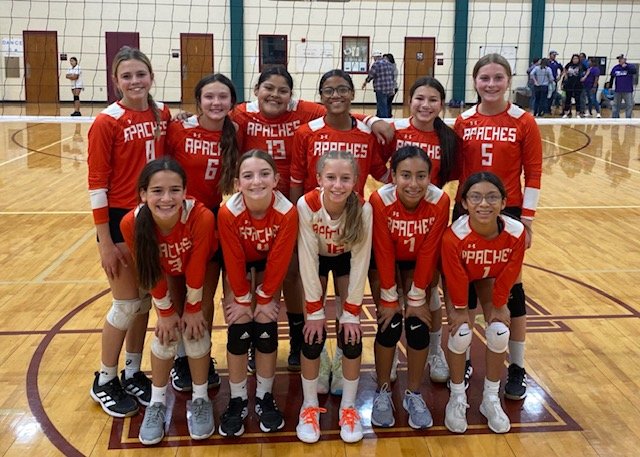 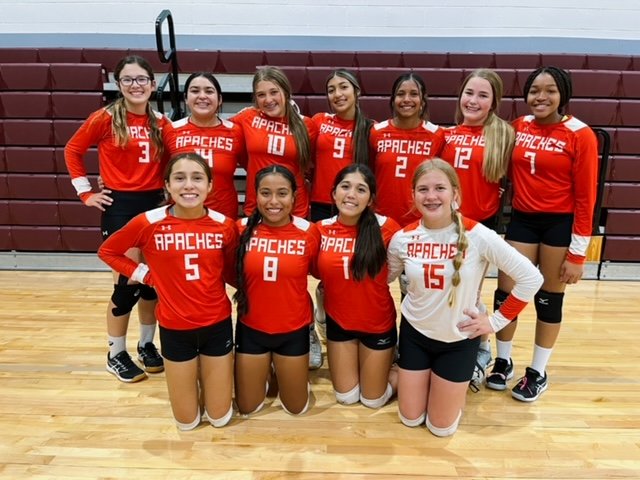 The Gonzales Lady Apache seventh grade A & B and eighth grade A & B teams all placed first in their district tournament on Saturday, Oct. 29th.

The 8th grade A team won the first match against Cedar Creek in two sets. The scores were 25-14 and 25-12. Second match, the Lady Apaches faced a very determined Lockhart Lions team, after just losing to the Lady Apaches on the prior Thursday night game.

The Lions took the Lady Apaches to three sets, but Gonzales matched the enthusiasm in the gym and won, 25-22, 25-21, to advance to the championship game. 8A finished the season with a very impressive undefeated record of 13-0, 10-0 in district.

Seven-A won their first match against Seguin’s AJB in two sets. The scores were 25-13 and 25-21. The second game of the tourney was versus the Lockhart Lions. The Lady Apaches won again in two sets with final scores of 25-14 and 25-10. The Lady Apaches then beat San Marcos Miller in the championship game for the district title. 7A finished out the season at 12-1, 10-0 in district.

Coach Jillian Gonzales, the junior high girl’s coordinator and coach of seventh and eighth grade A teams, said, “One of our main goals at junior high is to prepare these young athletes for high school. We focus on having that solid foundation, strong fundamentals that their future coaches can build upon. That, along with exceptional team communication, hard work ethic, volleyball knowledge, court awareness, and coachability, is an unstoppable combination that these teams have grown into. They are very deserving of this district title. And I’m so proud to be their coach.”

The seventh grade B team played Bastrop’s Cedar Creek Middle School in their first match of the day, and won in two sets. Scores were 25-21 and 25-12. On to the second game against Seguin’s Barnes MS, the Lady Apaches won, again, in two sets. Final scores were 28-26 and 25-13. The final game was the championship match against the Lockhart Lions. 7B fell to the Lions the Thursday prior, to pick up their only loss of the season, so the Lady Apaches were out for redemption and they got it! It was an exciting three-set match, with the final scores being 25-20 Gonzales, 23-25 Lockhart, and 15-13 Gonzales. 7B will finish out the season being 9-1 in district.

Coach Dlaine Easley, coach of both seventh and eighth grade B teams, said, “It has been fun watching these young athletes grow and compete this season. The fun part of my job is remembering the first day of tryouts and comparing these athletes to this last season's game. Junior High has a great group of athletes this year and I can’t wait to see their success for the next four to five years!”