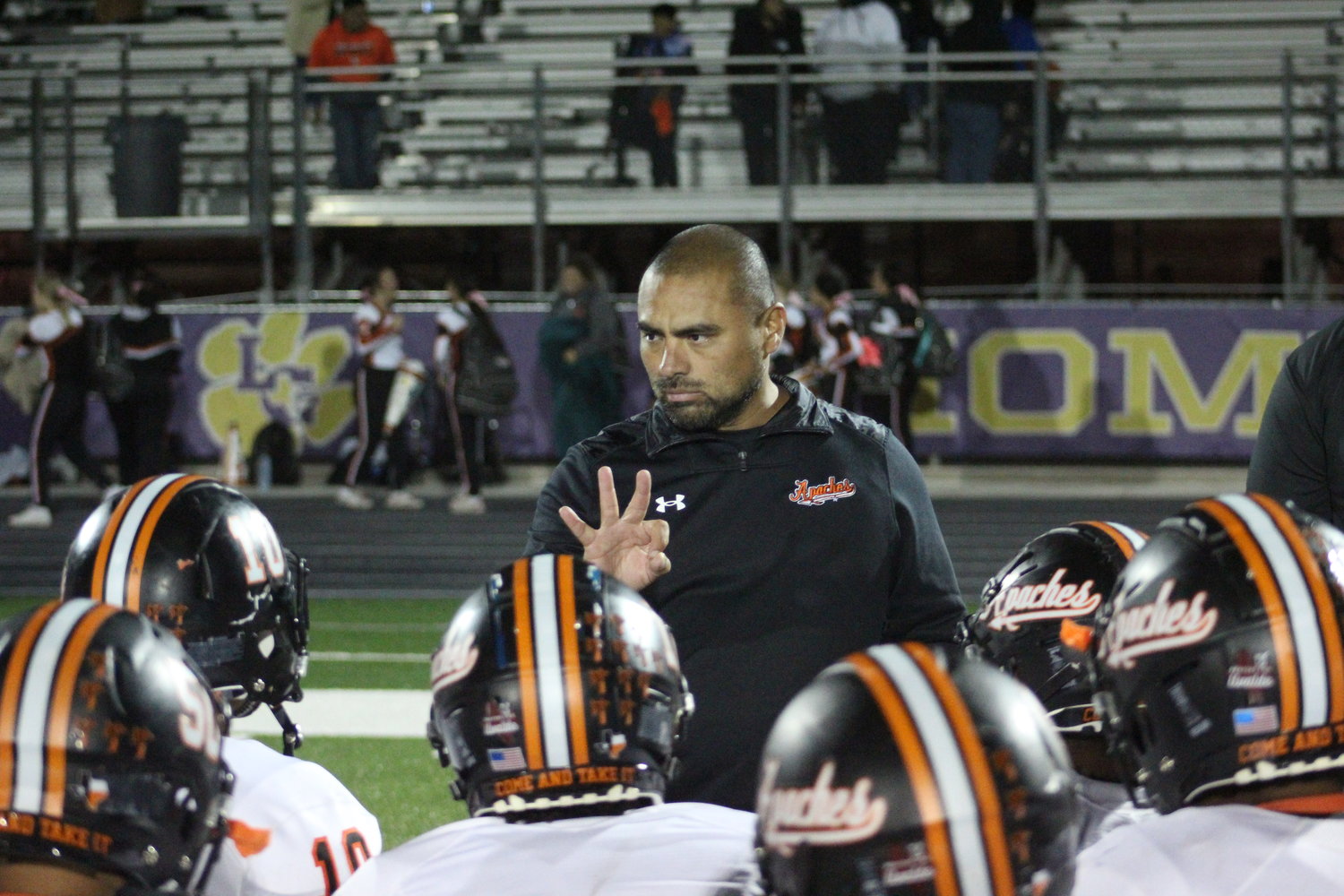 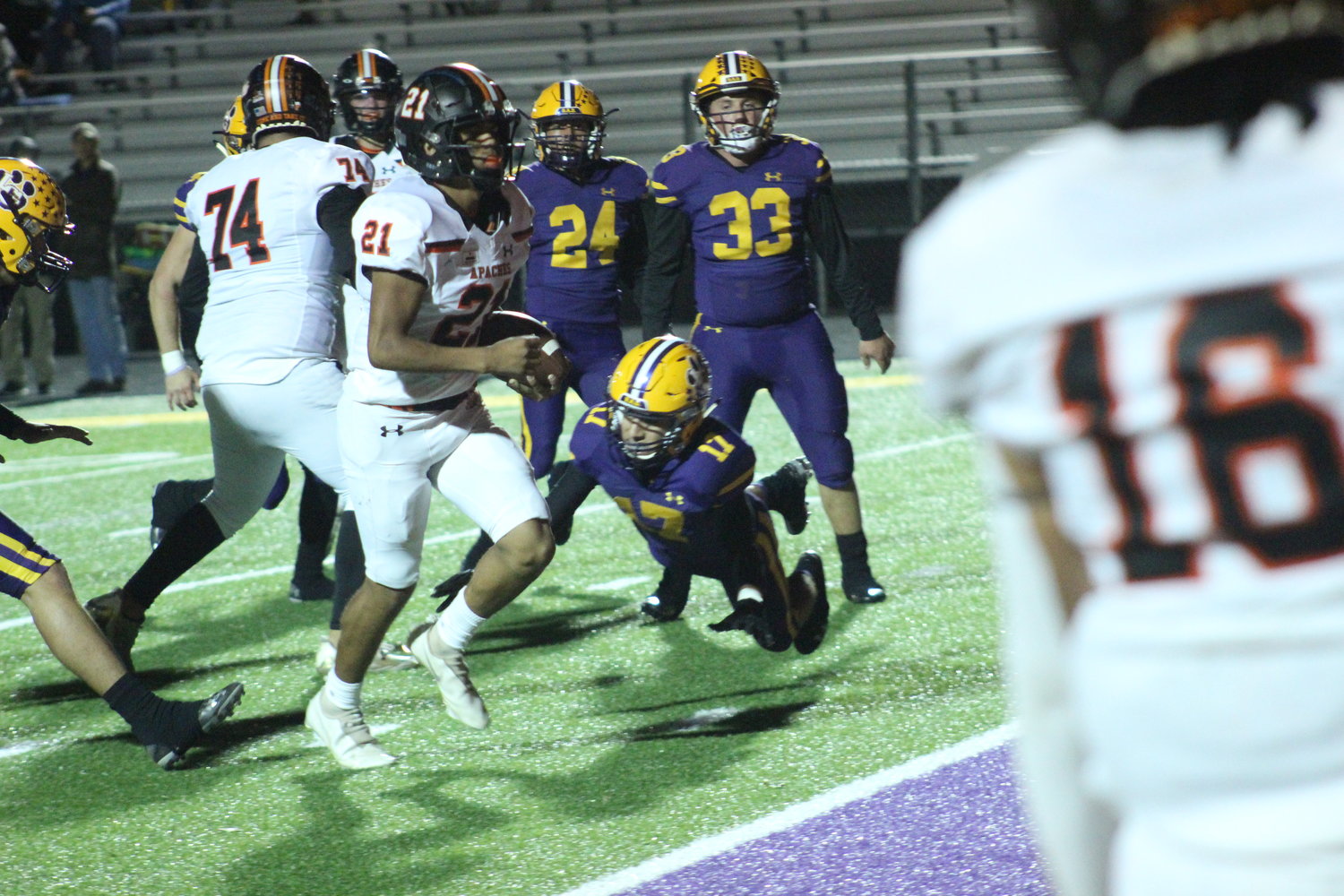 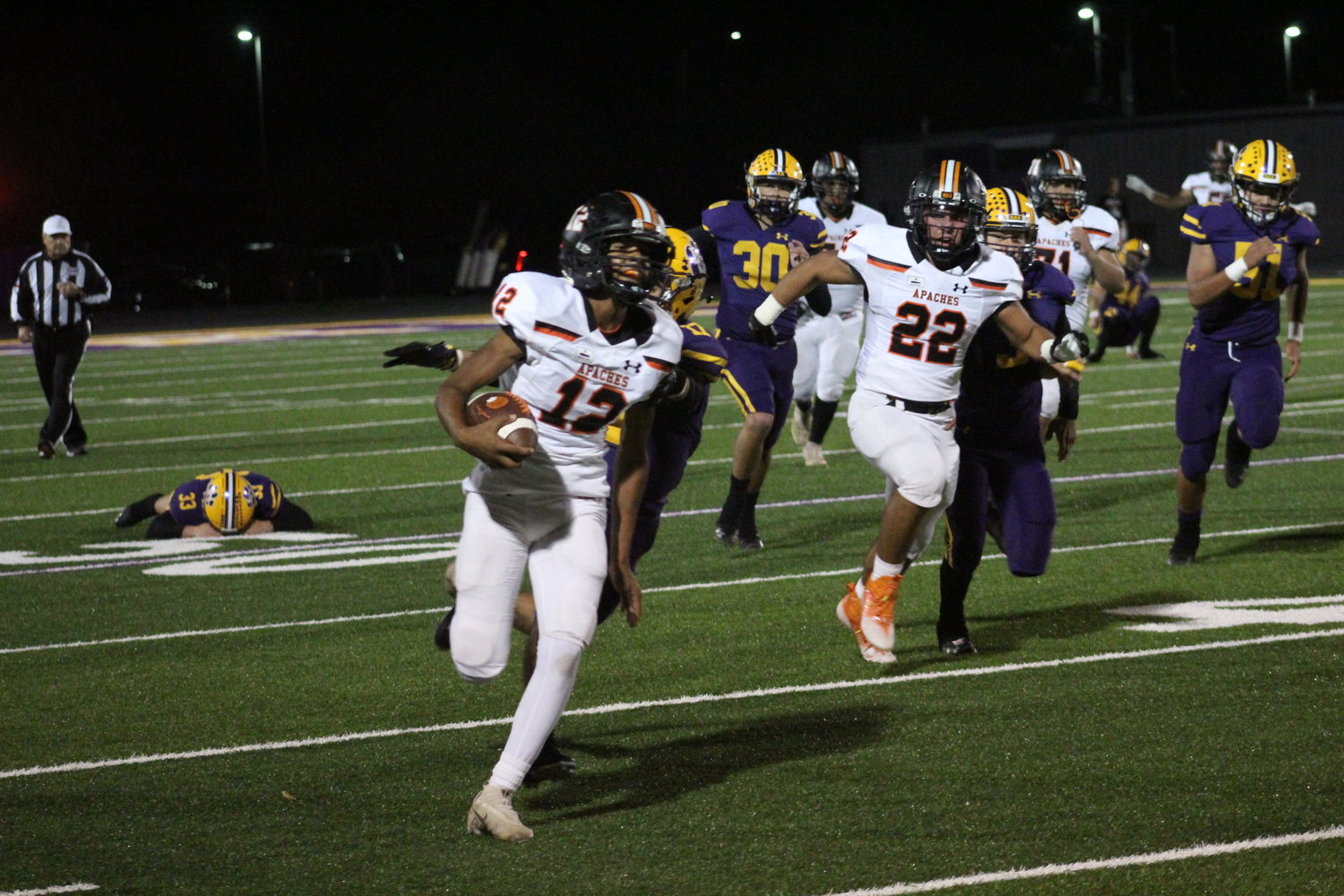 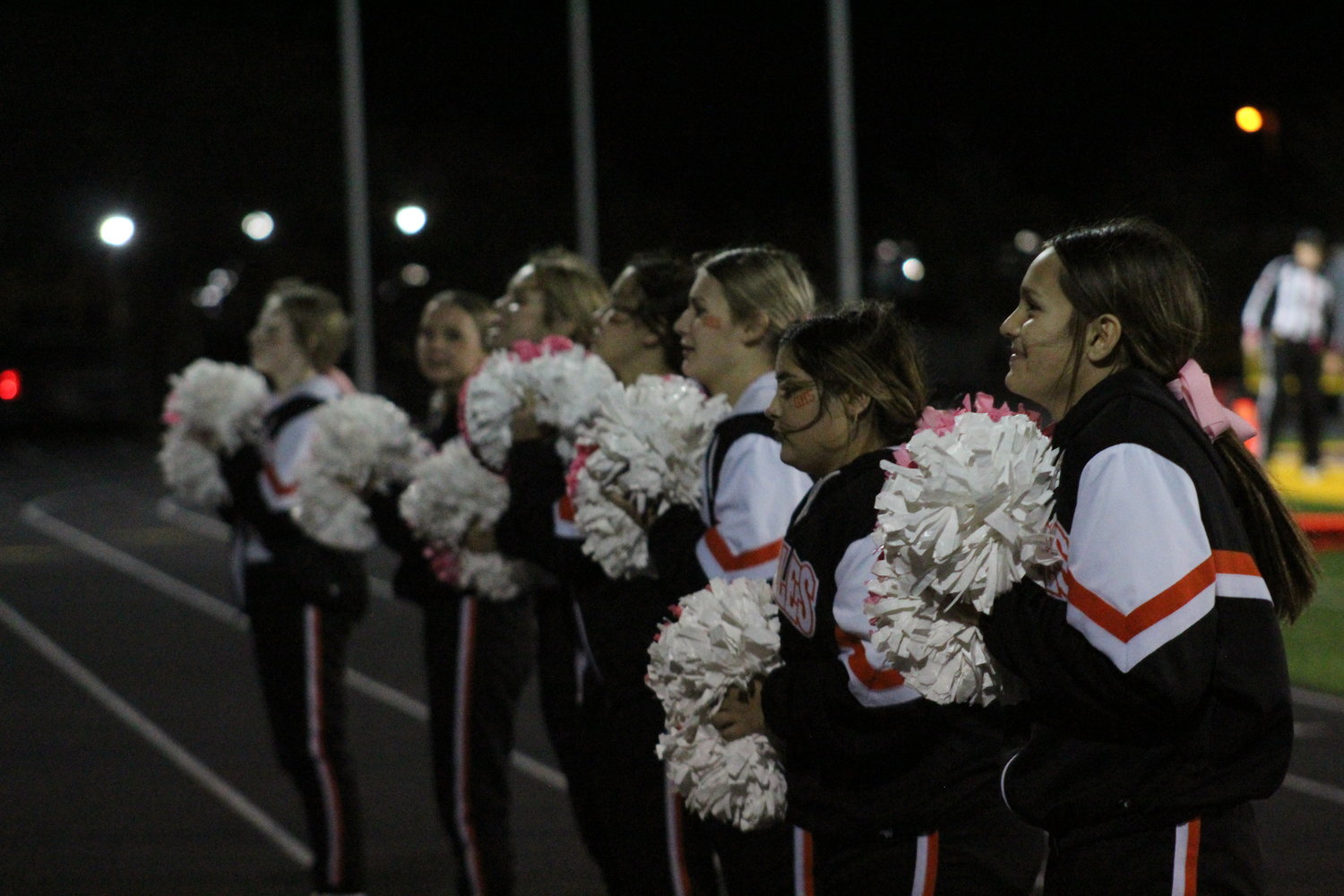 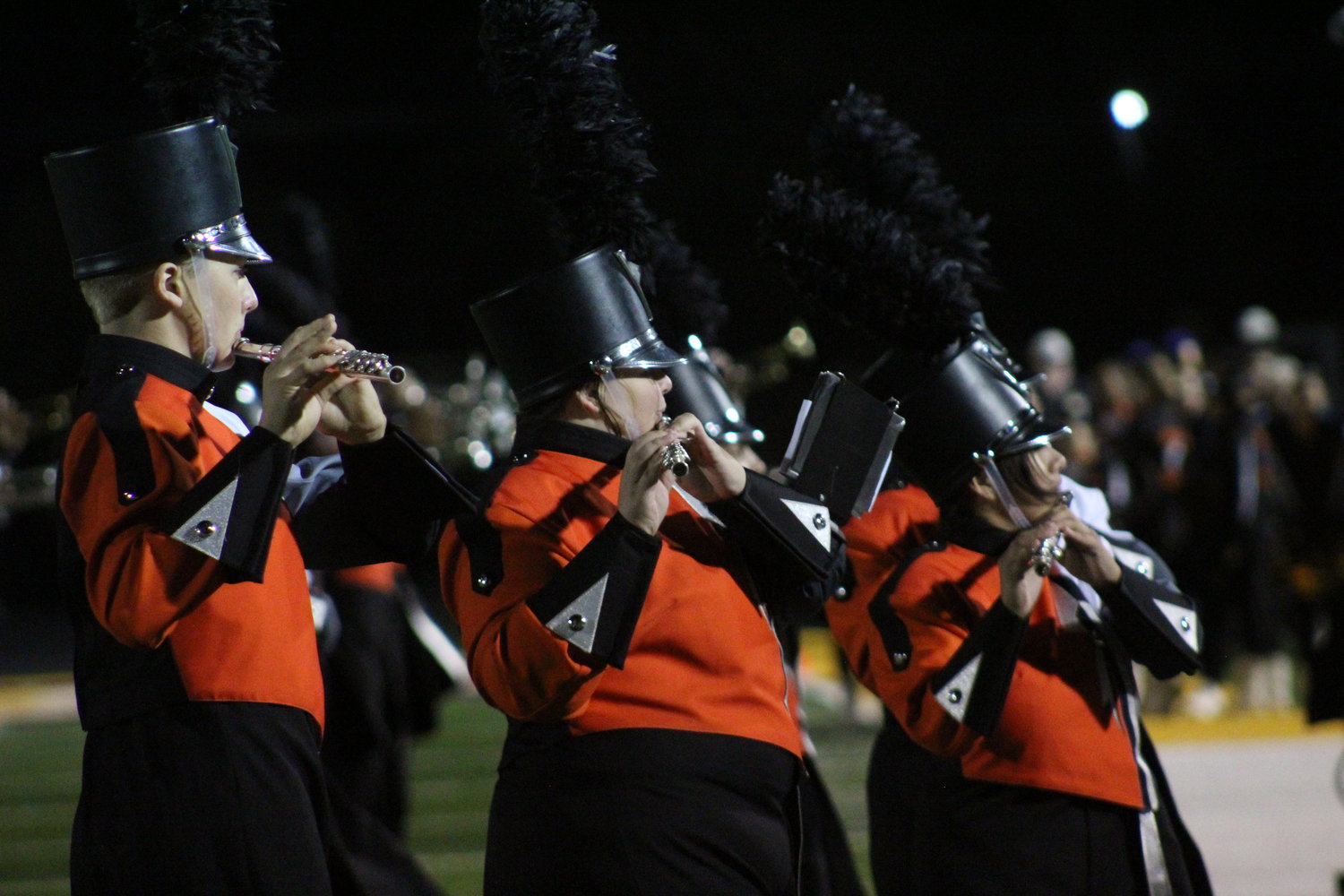 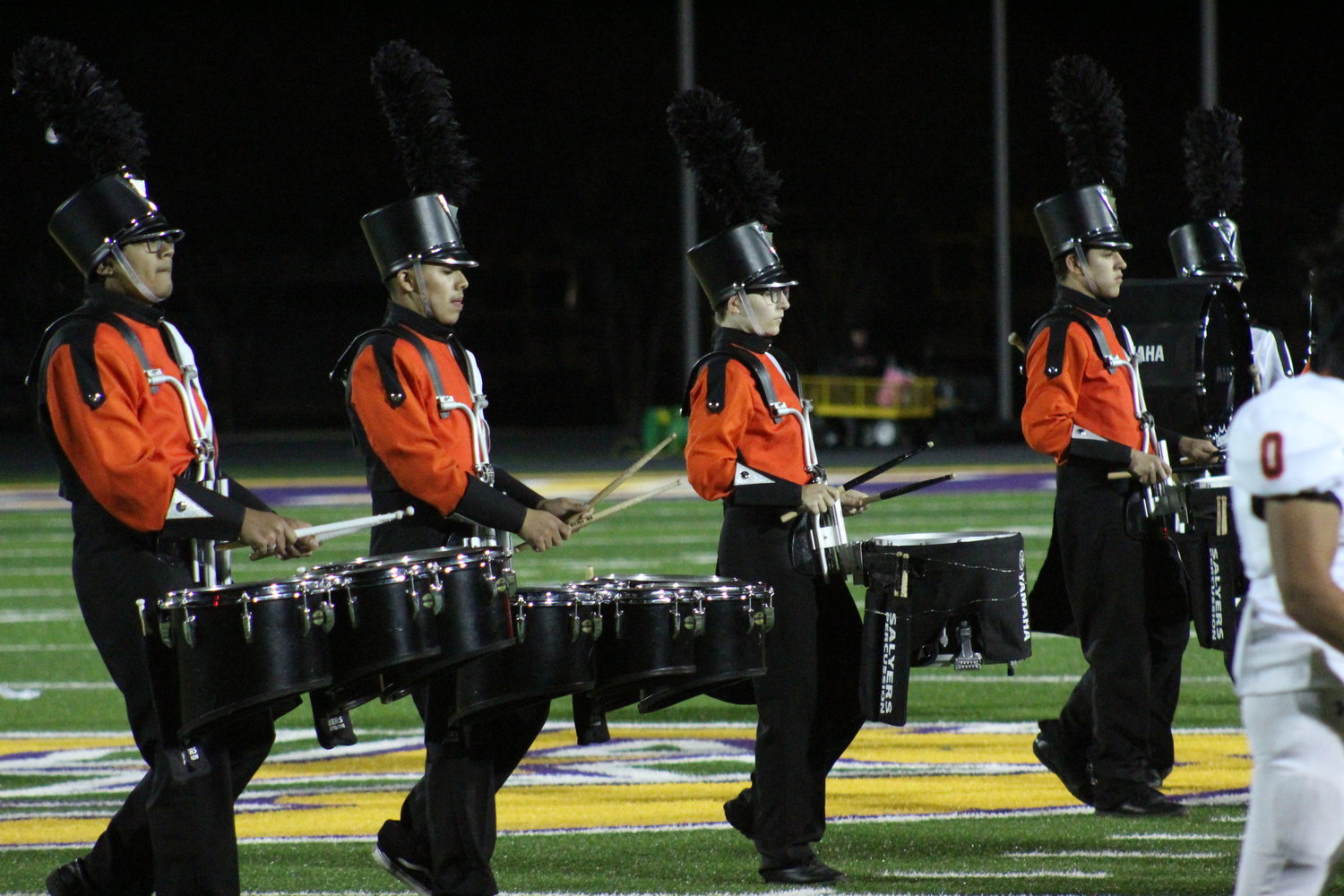 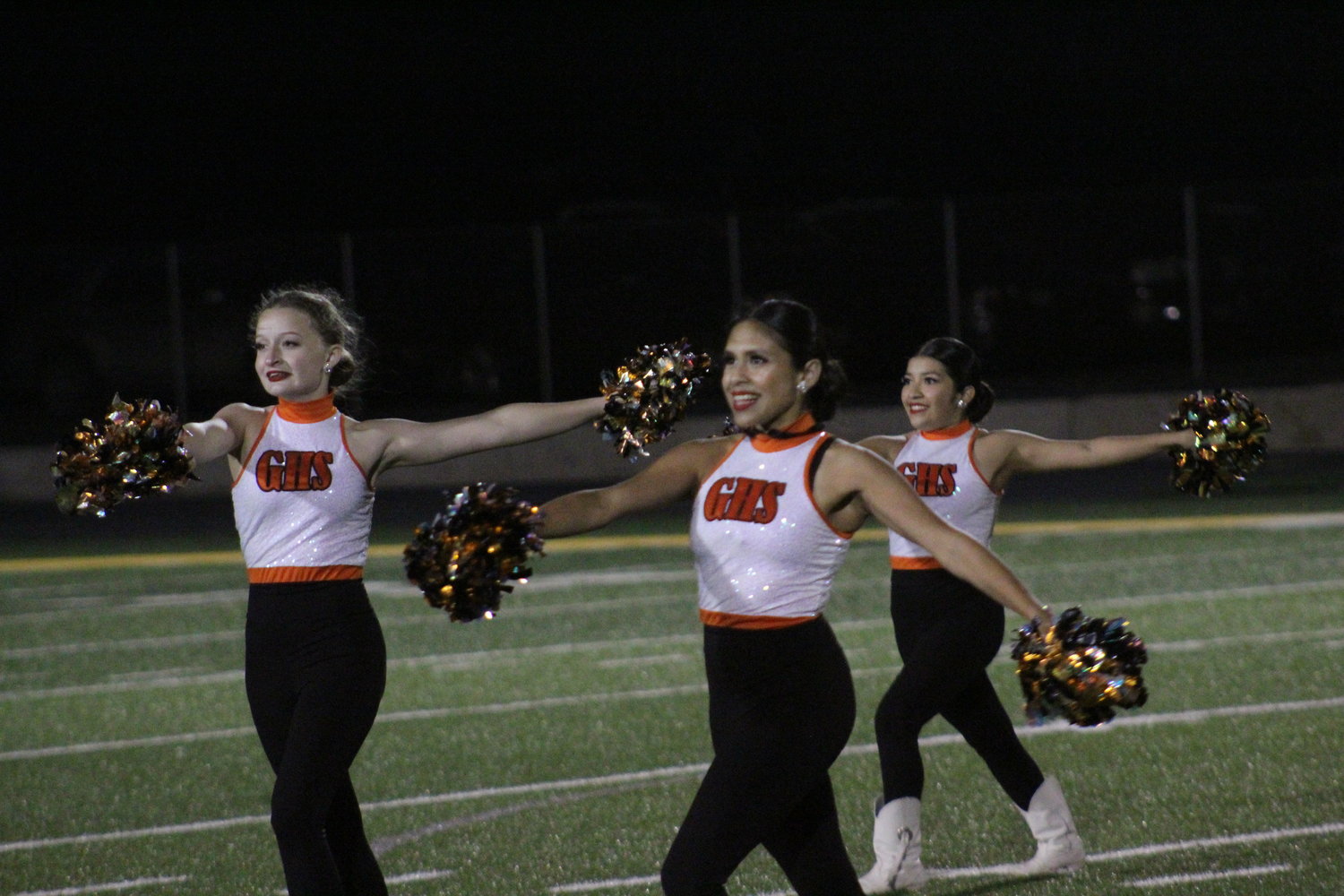 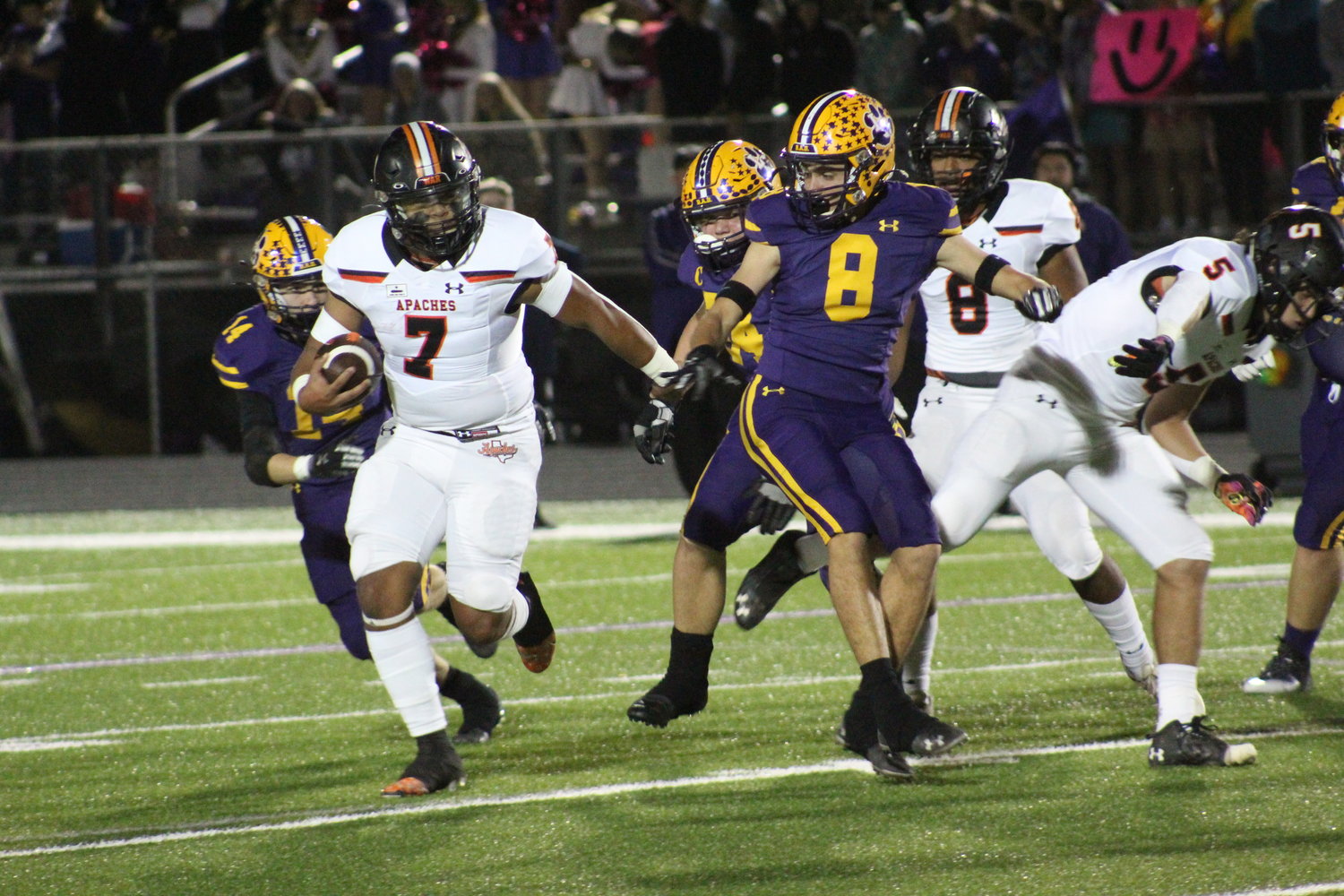 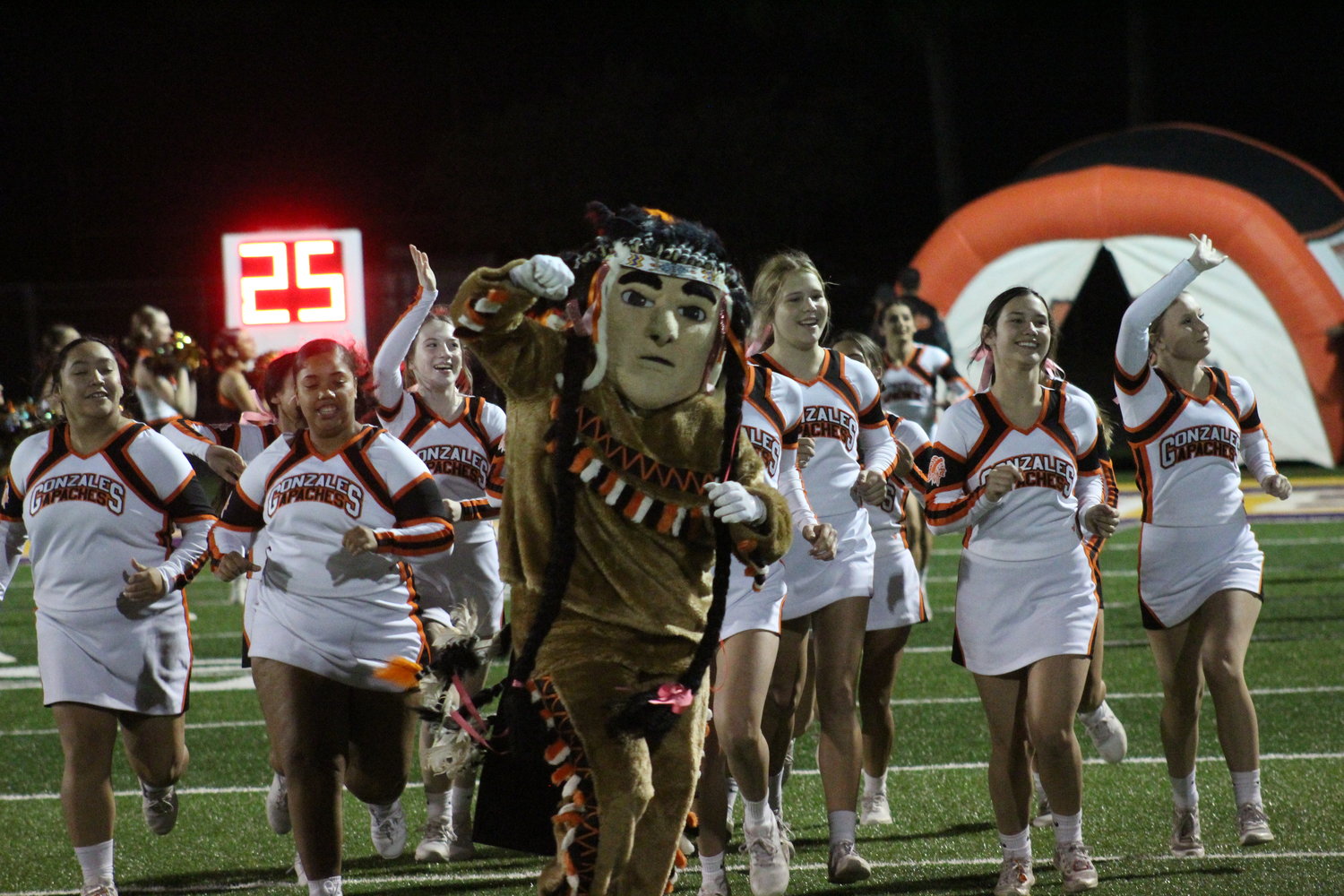 Early mistakes hurt the Gonzales Apaches’ chances of clinching a playoff berth in their 50-18 loss to the La Grange Leopards on Friday, Oct. 28.

The Apaches turned the ball over on two turnovers-on-downs and an interception, leading La Grange to take advantage with scoring drives.

Gonzales head coach Joey Rivera knew those early mistakes have been plaguing the Apaches all season. He said teams can’t make mistakes against a “playoff team” like La Grange who are starting to figure their team out.

Just like the Pleasanton game earlier in the season, the Apache could’ve kept the game close in the first half, but allowed a kickoff return for a touchdown and 11 yard score from a turnover on downs from a bad punt.

“We go into half, it's 23-6, and we gave them 14 points. You know, it really could have been about a 9-6 ballgame at half but, we snapped [the punt] over our head, kickoff return for a touchdown and then next thing you know that it gets out of hand,” Rivera said.

The future is bright for the Apaches with freshman quarterback Travis Malveuex taking snaps in the fourth quarter with five carries for 70 yards and one touchdown and one of three pass completions for 25 yards.

“Fourth quarter there, it got out of hand a little bit and wanted to get him some get him some snaps. He does a great job for us throughout the week and he did a good job that night,” Rivera said.

The Apaches will have one more shot to clinch a playoff berth against the Giddings Buffaloes for the regular season finale at Apache field.

Rivera knows these last three games have been playoff games for his team and it’ll be Senior Night for the seniors on the team.

“I've been telling the guys nothing's guaranteed. We've got three practices that are guaranteed and we've got one that's guaranteed, and it's up to them if they want to go play another one or not,” Rivera said.

The Apaches will host Giddings Thursday, Nov. 3 for the regular season finale.