Lady Buffaloes come from behind to win five-set match 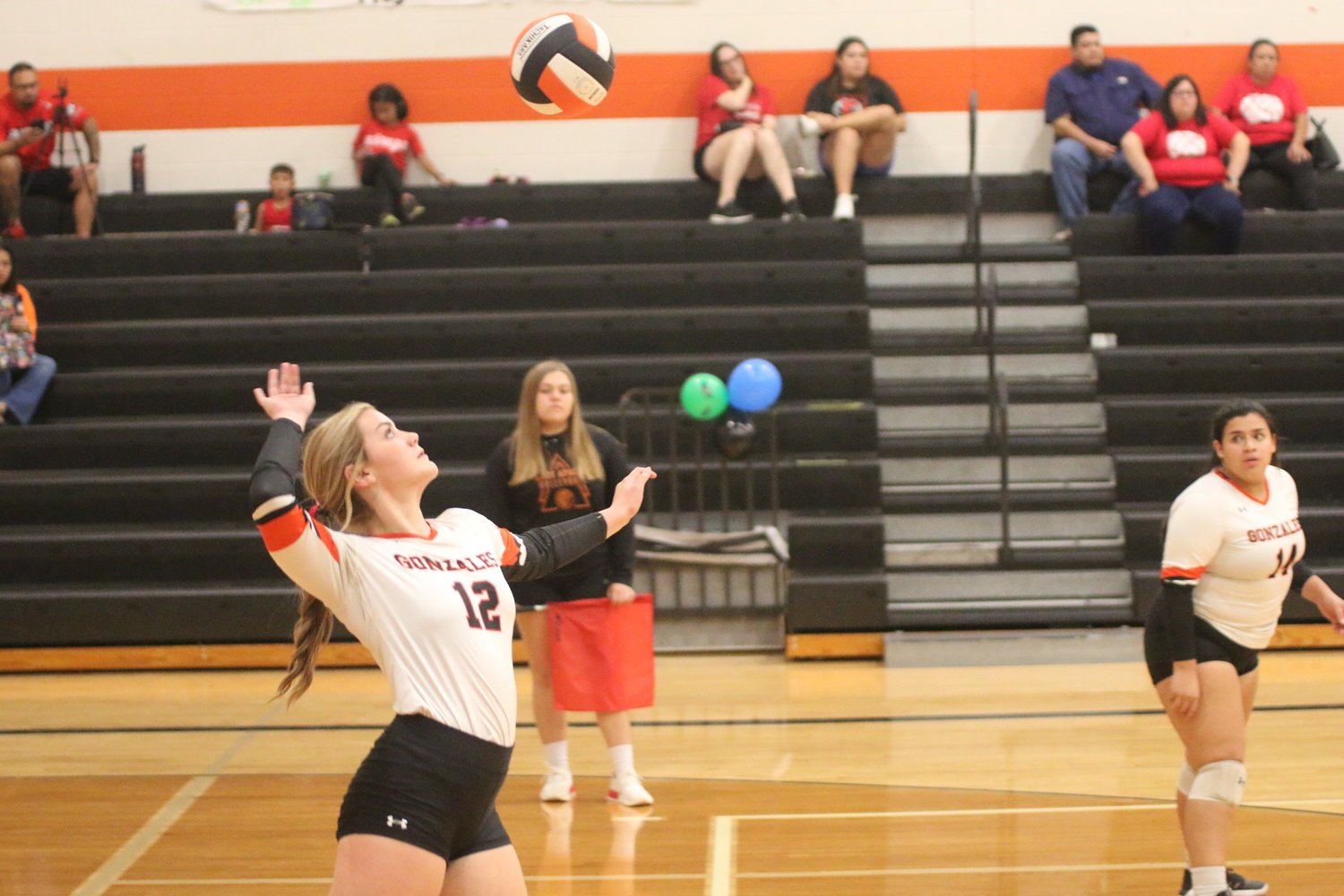 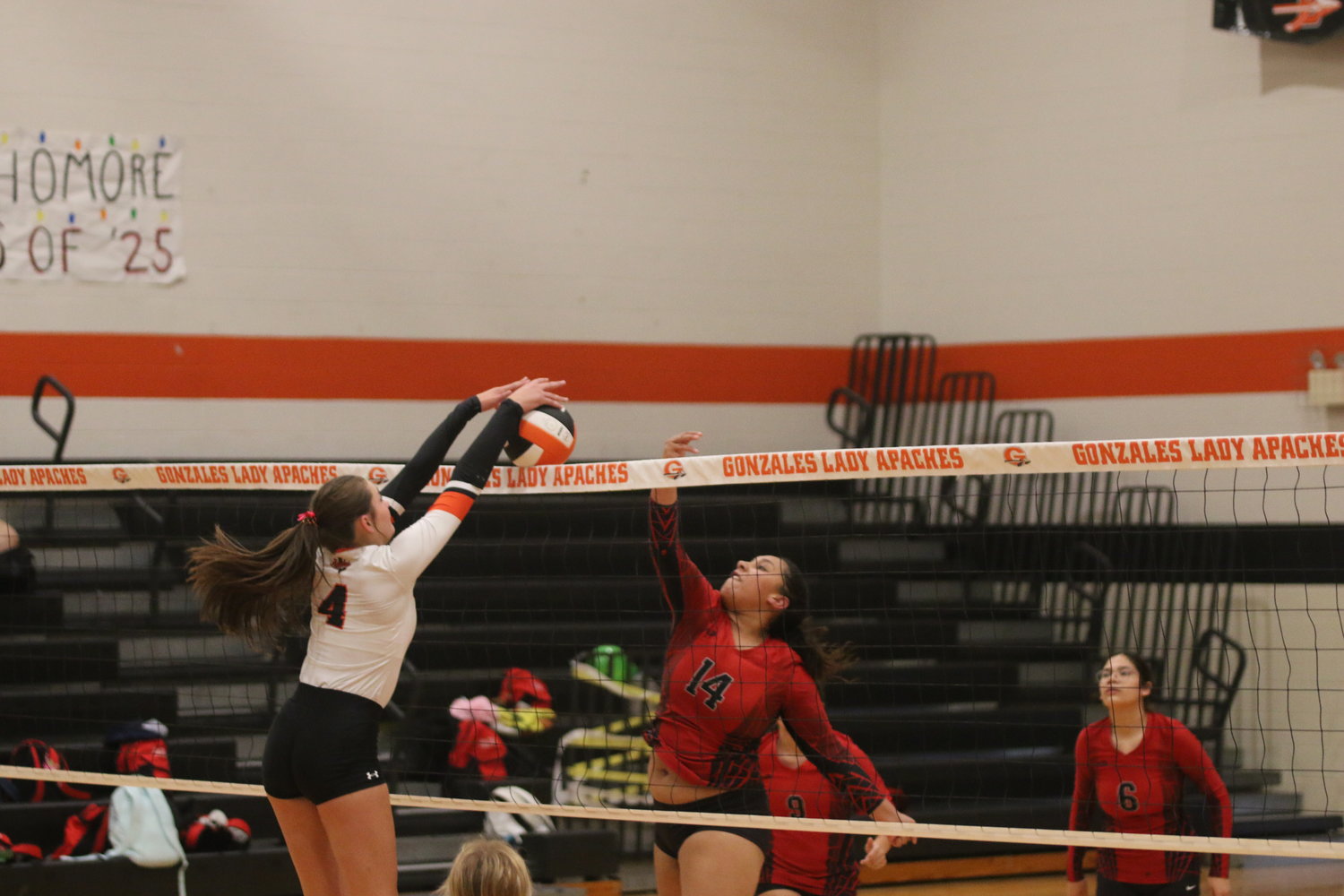 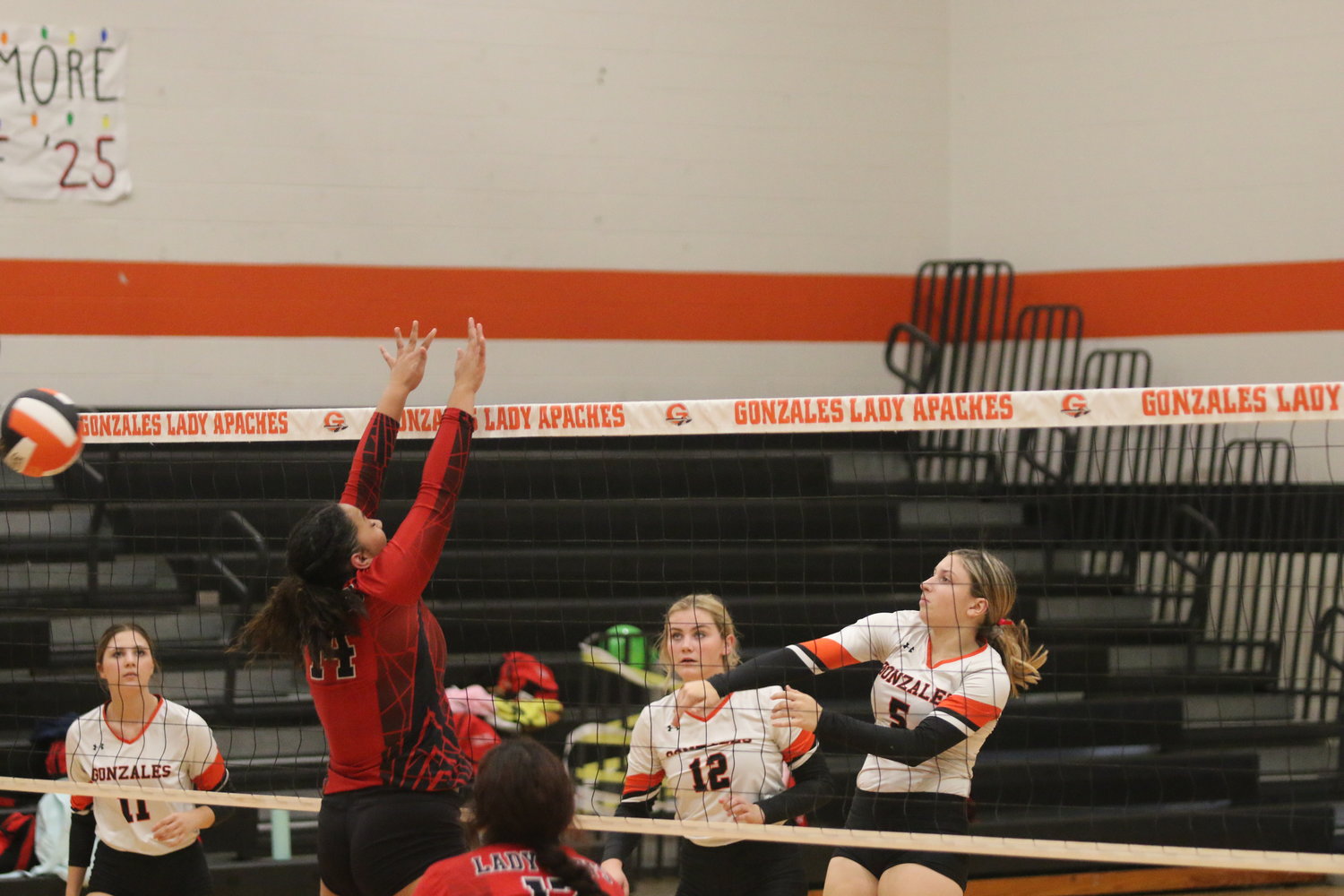 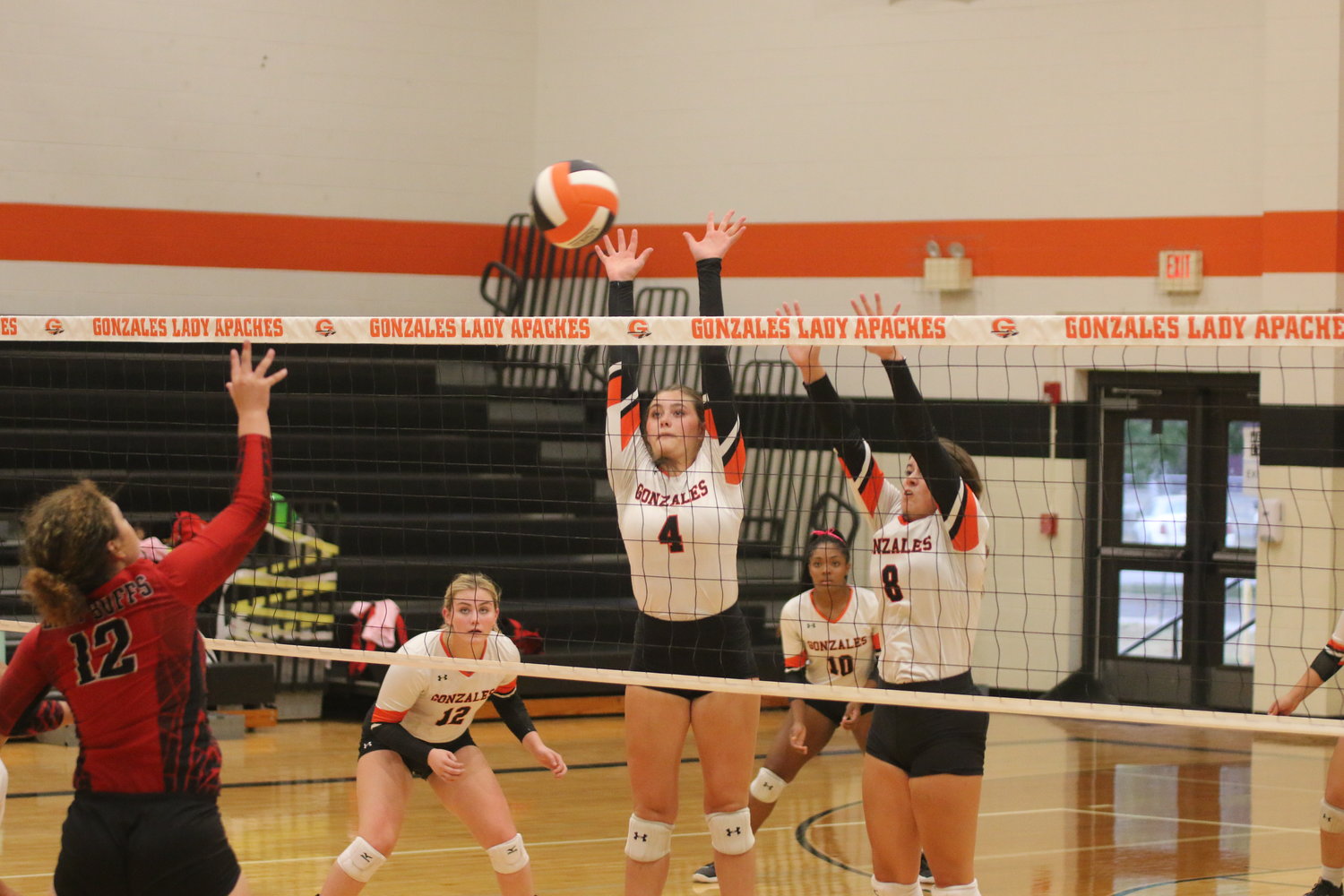 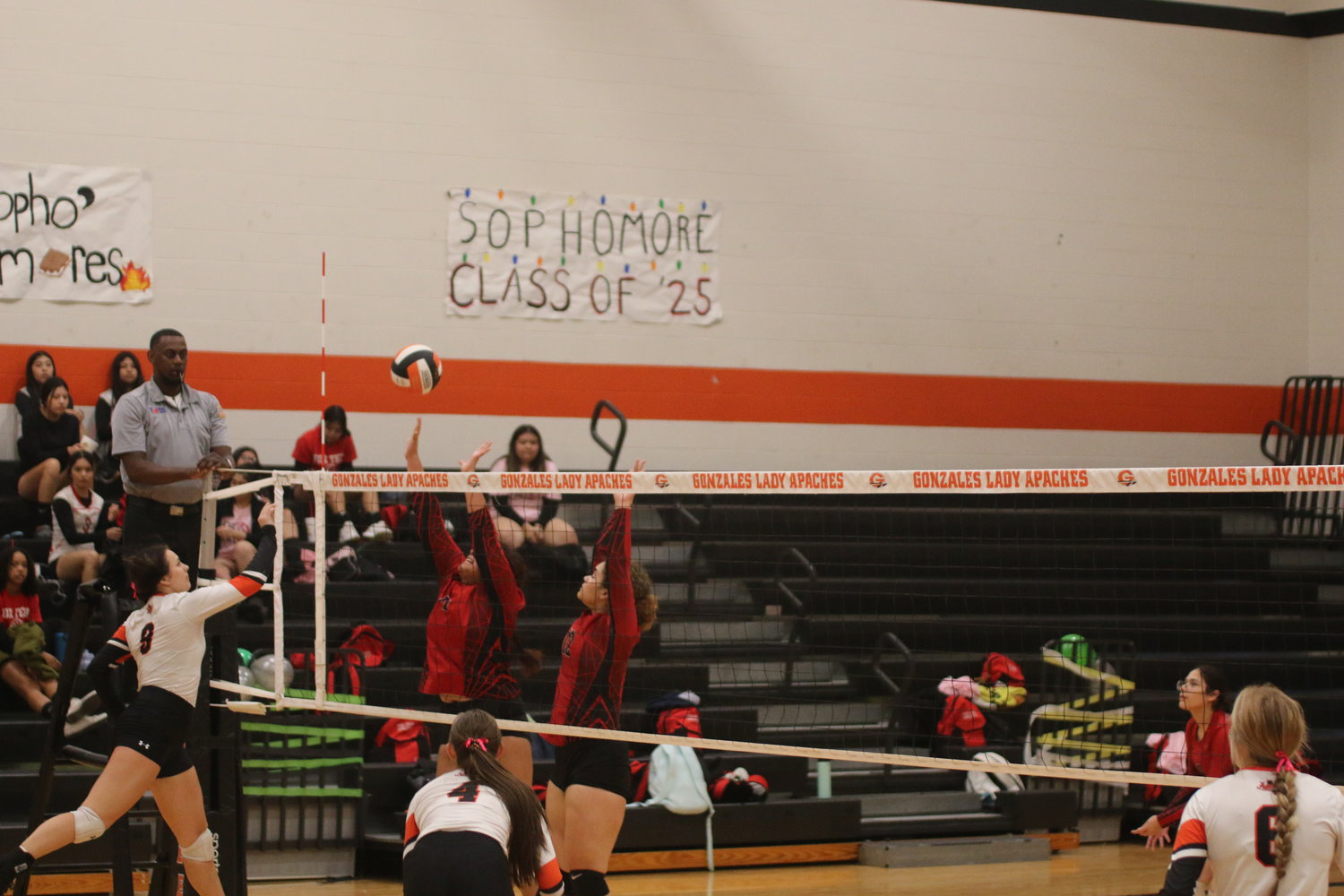 The Gonzales Lady Apaches had Friday’s match against the San Antonio Fox Tech Lady Buffaloes in their grasp and let it go.

The Lady Apaches took the first two games in their match, 26-24 and 25-20, and had a 5-4 lead in the third set after four straight service points by Macy Sample, who had a team high 27 assists and seven aces for Gonzales. The teams battled into a 14-14 tie in the third game and then Fox Tech went on a six-point run to make it 20-14. The Lady Buffaloes won the third game, 25-19, as the teams traded out points the rest of the way.

In the fourth game, Fox Tech got out to a quick 4-1 lead but Gonzales tied it up at 6-6. The Lady Apaches would lead at 11-10 and then the Lady Buffaloes scored seven of the next nine points to take a 17-13 lead. Gonzales battled back to within one point at 20-19, but lapses at the end of the game gave Fox Tech a 25-21 win to set up a fifth and deciding game.

The Lady Buffaloes scored the first four points and went up 8-2, forcing Coach Erin Miller to call a time out. Gonzales cut the lead to 8-4, but Fox Tech then scored five straight points and were two points away from victory at 13-4. The Lady Apaches reeled off four straight to make it 13-8 and Fox Tech then called their own time out.
The Lady Buffaloes scored their 14th point and held a 14-8 lead but the Lady Apaches still had some fight left in them. They took it to 14-12 and forced another Fox Tech time out, but the Lady Buffaloes were able to get Gonzales to commit a hitting error to claim victory.

The Lady Apaches and Lady Buffaloes are now tied for fourth place in District 28-4A, each with a 3-5 record behind state-ranked La Vernia (7-0) and both Young Women’s Leadership Academy (6-2) and Cuero (6-2).

Gonzales plays YMLA on the road Tuesday, Oct. 11, and then they hosts San Antonio Memorial at home Friday, Oct. 14. On Oct. 18, they play at JFK and they finish up the regular season at home with Cuero on Oct. 21.

Both teams are expected to beat JFK and Memorial. If Gonzales can pull out a win against YMLA or Cuero and Fox Tech loses to both La Vernia and YMLA, the Lady Apaches will be the fourth seed in the district. If both teams finish with identical records in district, there will be a one-game playoff to determine the fourth seed.