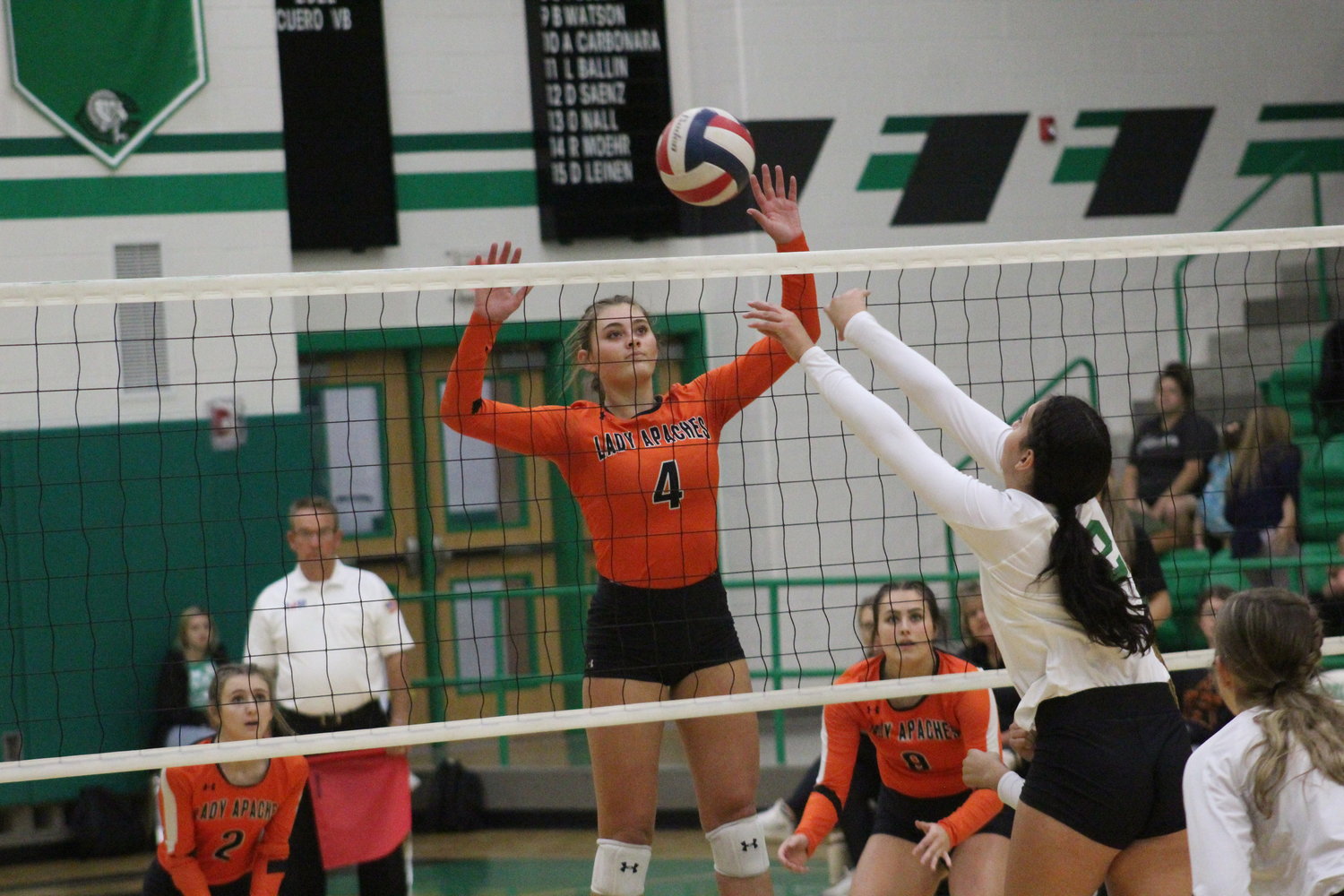 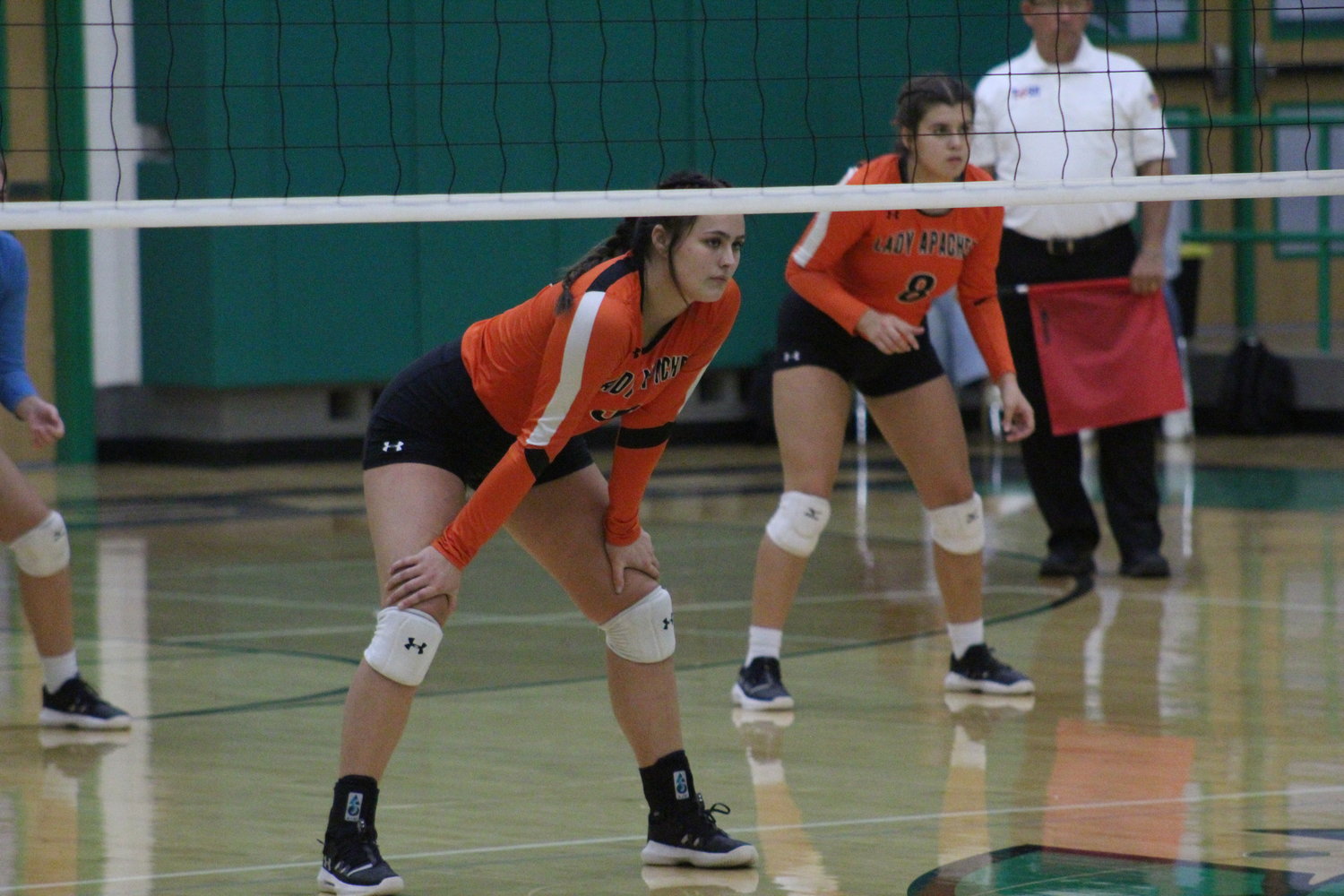 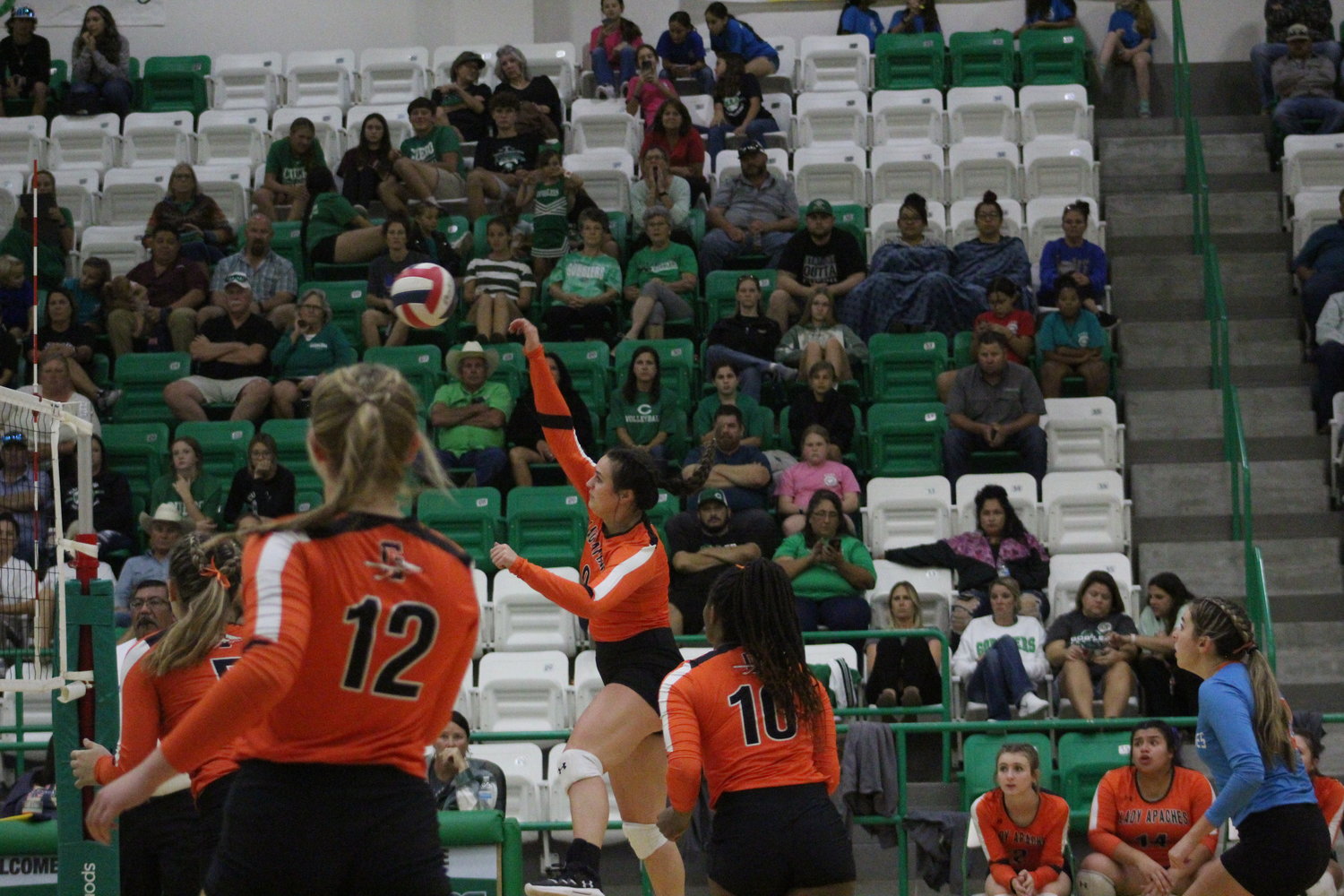 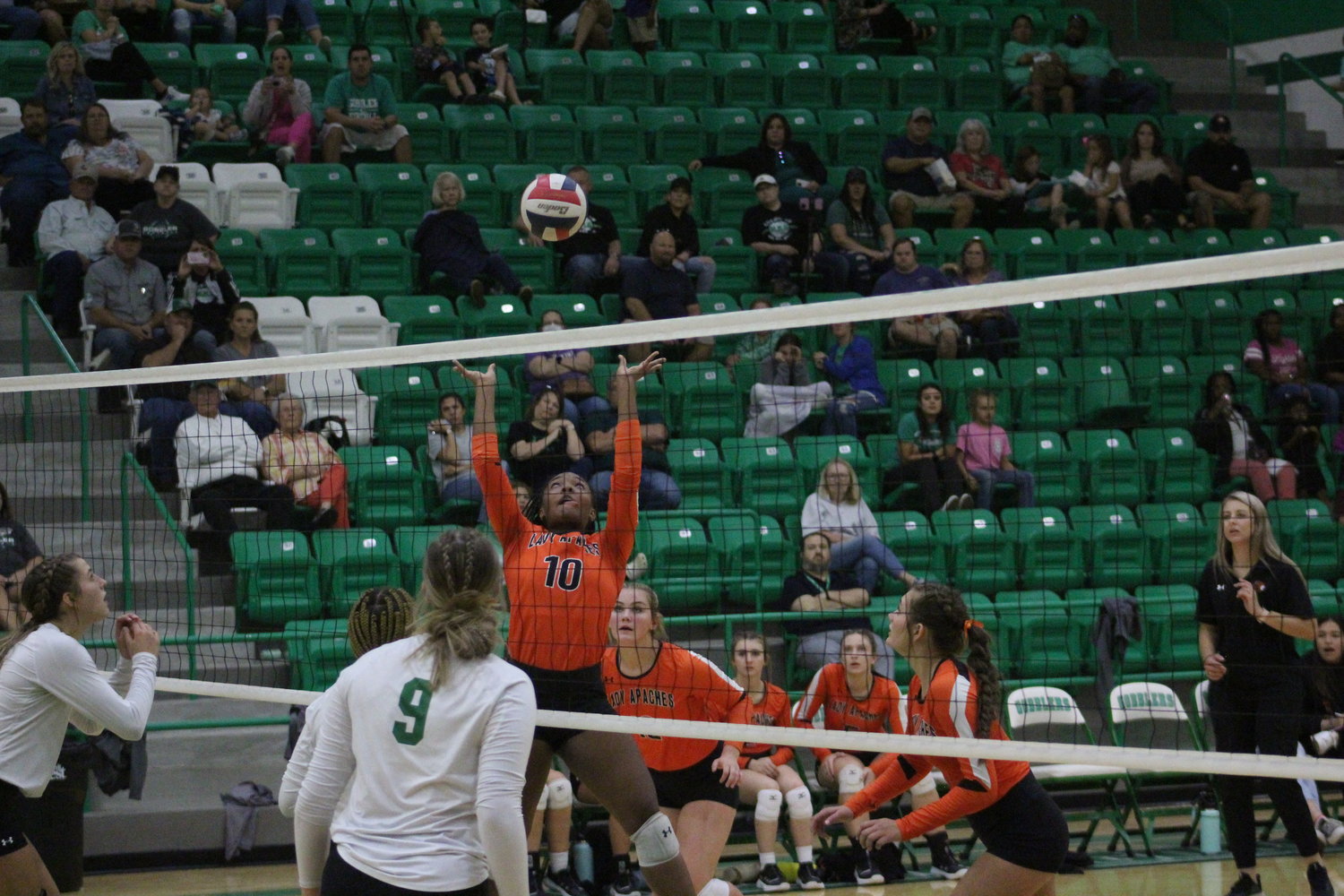 Both teams exchanged kills, blocks and aces, and head coach Erin Miller was impressed with her team’s performance against Cuero.

“We both came out on fire wanting to win, wanting to be the team that comes out on top. So both teams were playing very scrappy, so it was playing literally until the whistle was blown,” Miller said.

The Lady Apaches struggled keeping the five-point lead they had in the third set, which led to the Gobblers taking the set in extra points, 27-25.

“There were just times where we got outsmarted in that serve-receive and that lead came from five to four to three and down [to one] and we did not capitalize fast enough on lead and put the ball away,” Miller said.

Despite the four-set loss, Miller saw a lot of potential from this team against the Cuero.

“We showed the potential of the girls. They showed themselves what they're capable of doing and carrying that into the second half of district,” Miller said.

Miller hopes the motivation from the Cuero gets them ready for the rematch against the Bears.

“We played fantastic against them [La Vernia] in that first set in the first round of district and I think this game [against Cuero] will show that we can compete even longer and hopefully we can pull out the win against La Vernia on Tuesday,” Miller said.

The Lady Apaches will have a bye this Friday and will travel to La Vernia Tuesday, Oct. 4, to kick off the second half of district play.