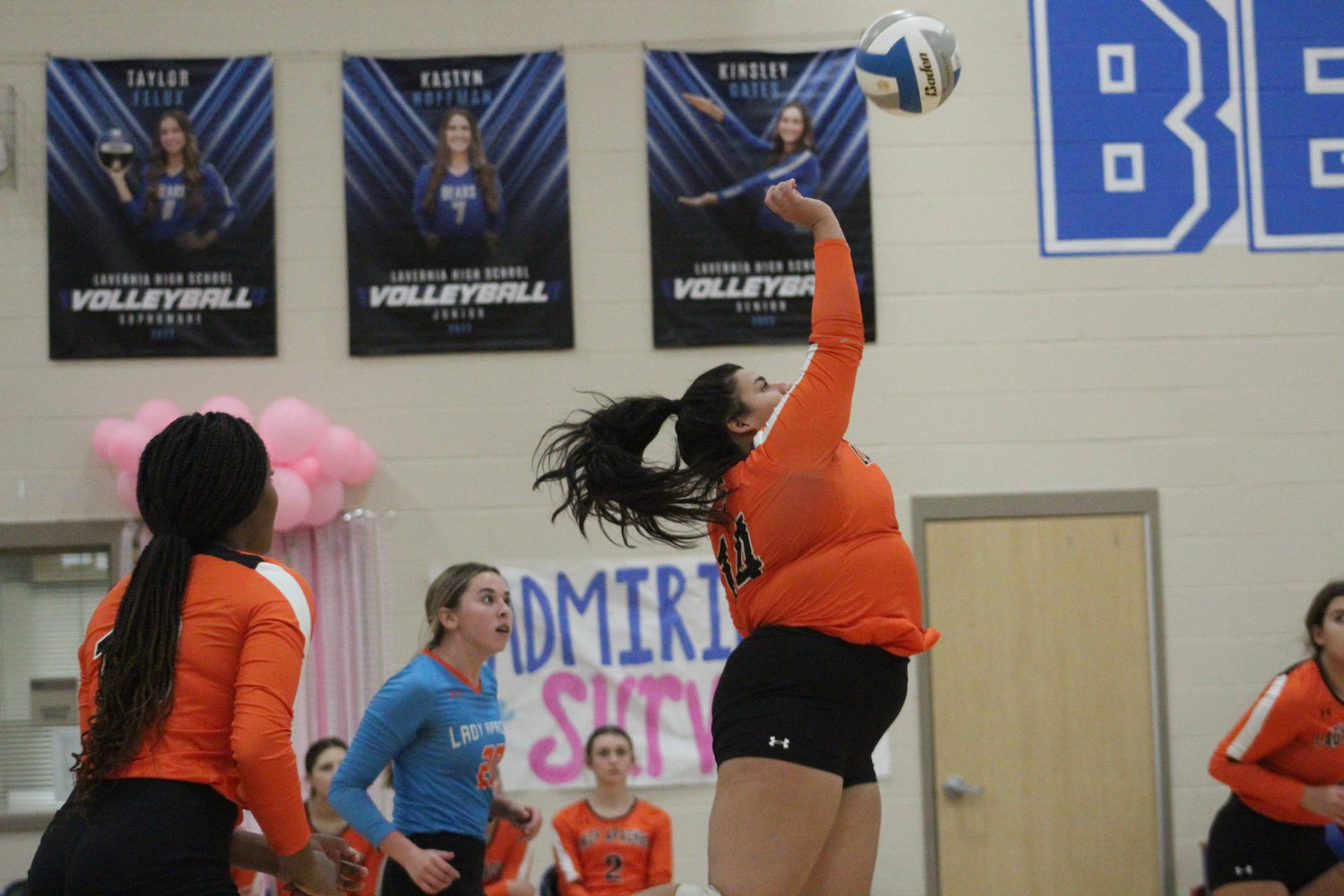 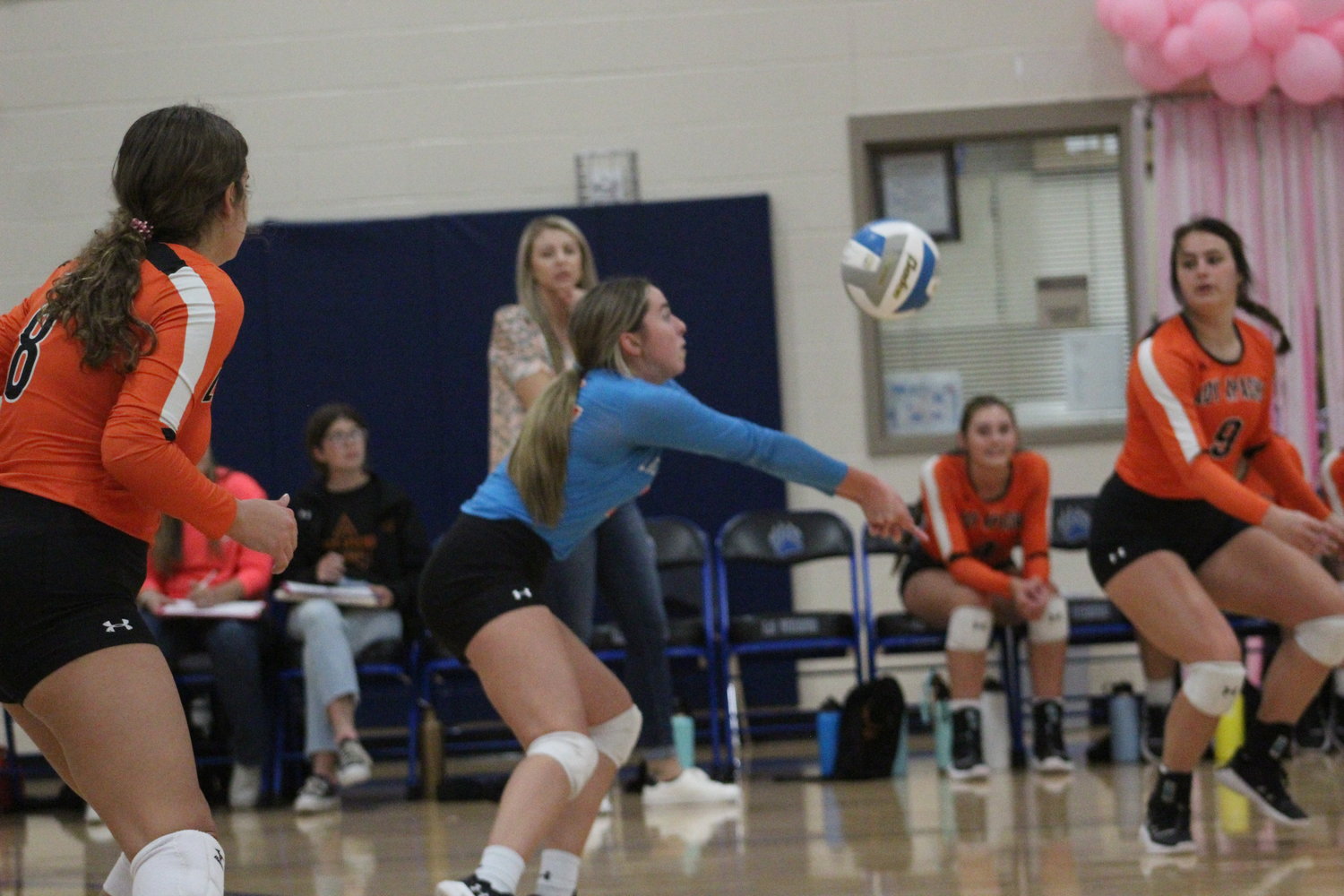 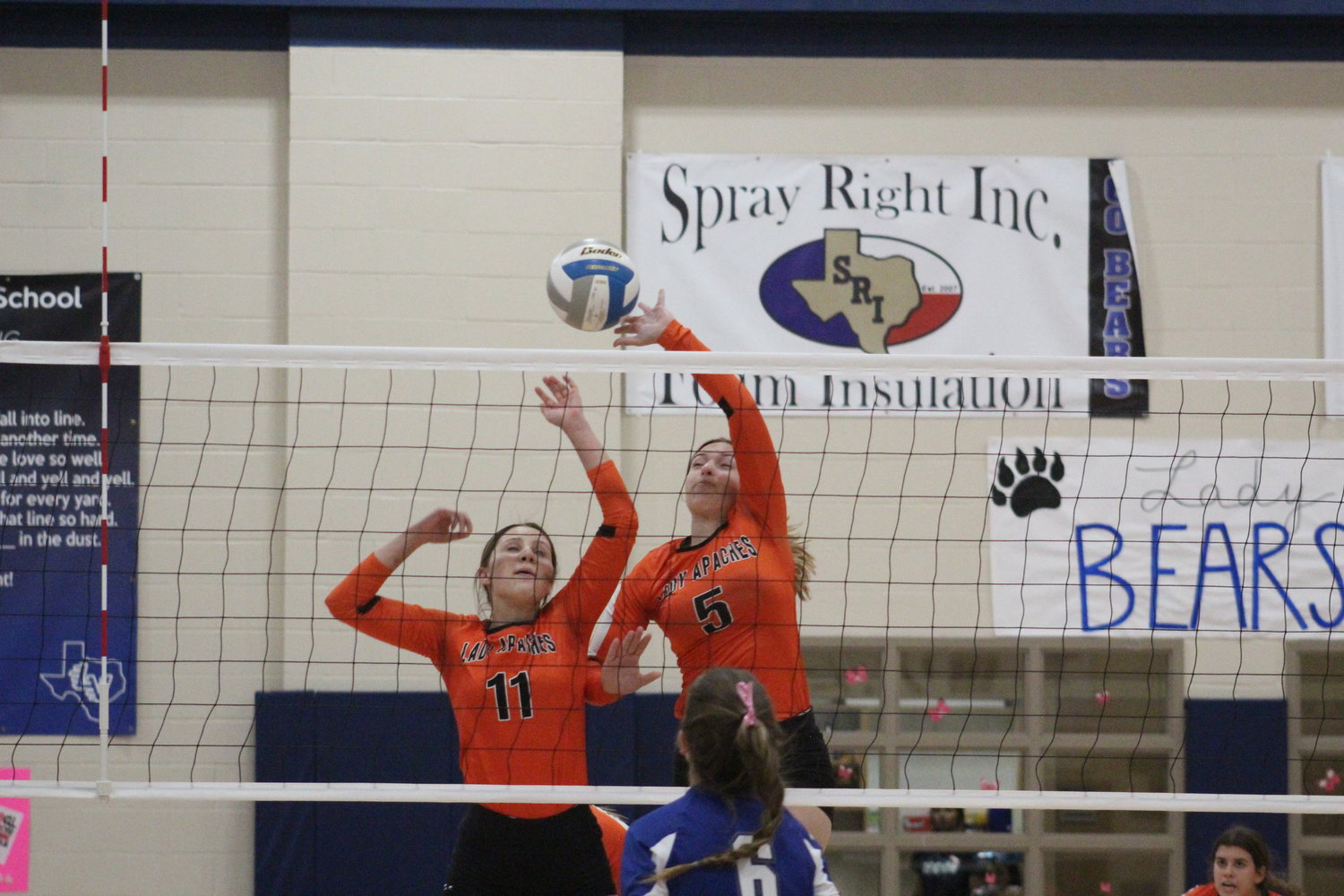 The Lady Apaches struggled against La Vernia in the first set allowing 11 straight points from the Bears.

Head volleyball coach Erin Miller said her team was trying to find ways to adjust, but they were not quick enough and La Vernia scored multiple points.

“We played point for point again, we had those slumps out of serve-receive that we got to eliminate. And then we're hanging right there with them again.” Miller said.

The Lady Apaches had to regroup after the set one loss, and Miller told her team about getting back into the fundamentals of volleyball; capitalizing on points and avoid multi point runs, she said.

The Lady Apaches will face San Antonio Fox Tech and San Antonio YWLA the next two games, and Miller and her team hopes the loss motivates them to rebound and get the wins.

“We were we came on top against Fox Tech. So hopefully we can secure that win again against them this Friday. And find some motivation and some momentum from that game as we take on SA YWLA.” Miller said.

Fourth place is a possible finish for the Lady Apaches, but Miller is aiming for higher than fourth place.

“Ideally, I'd like to move up to maybe third just because of the teams that will face in the first round. But fourth place is looking pretty promising right now.” Miller said.

The Lady Apaches will face Fox Tech this Friday at home, and will travel to San Antonio Tuesday, Oct. 11 to play SA YWLA.