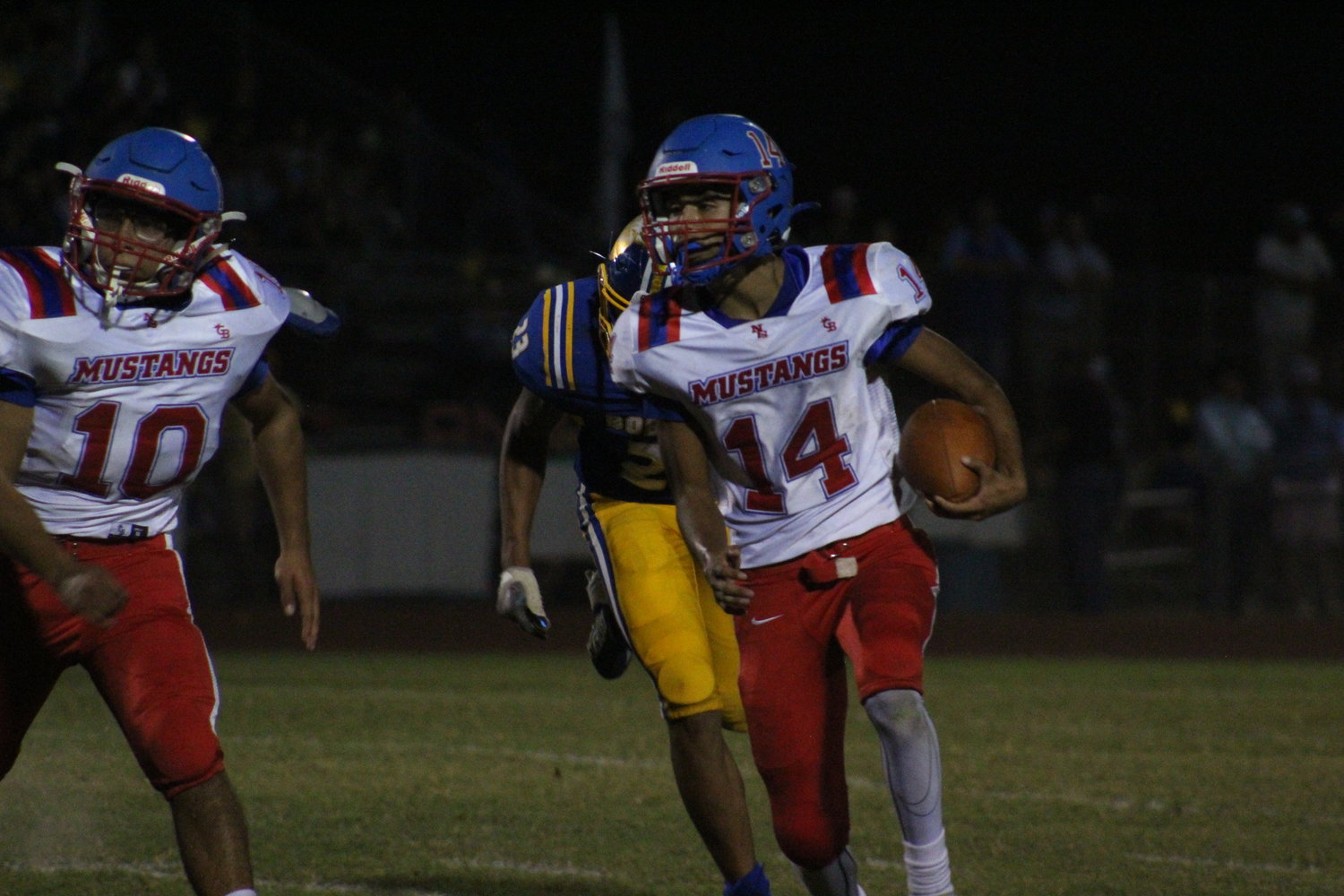 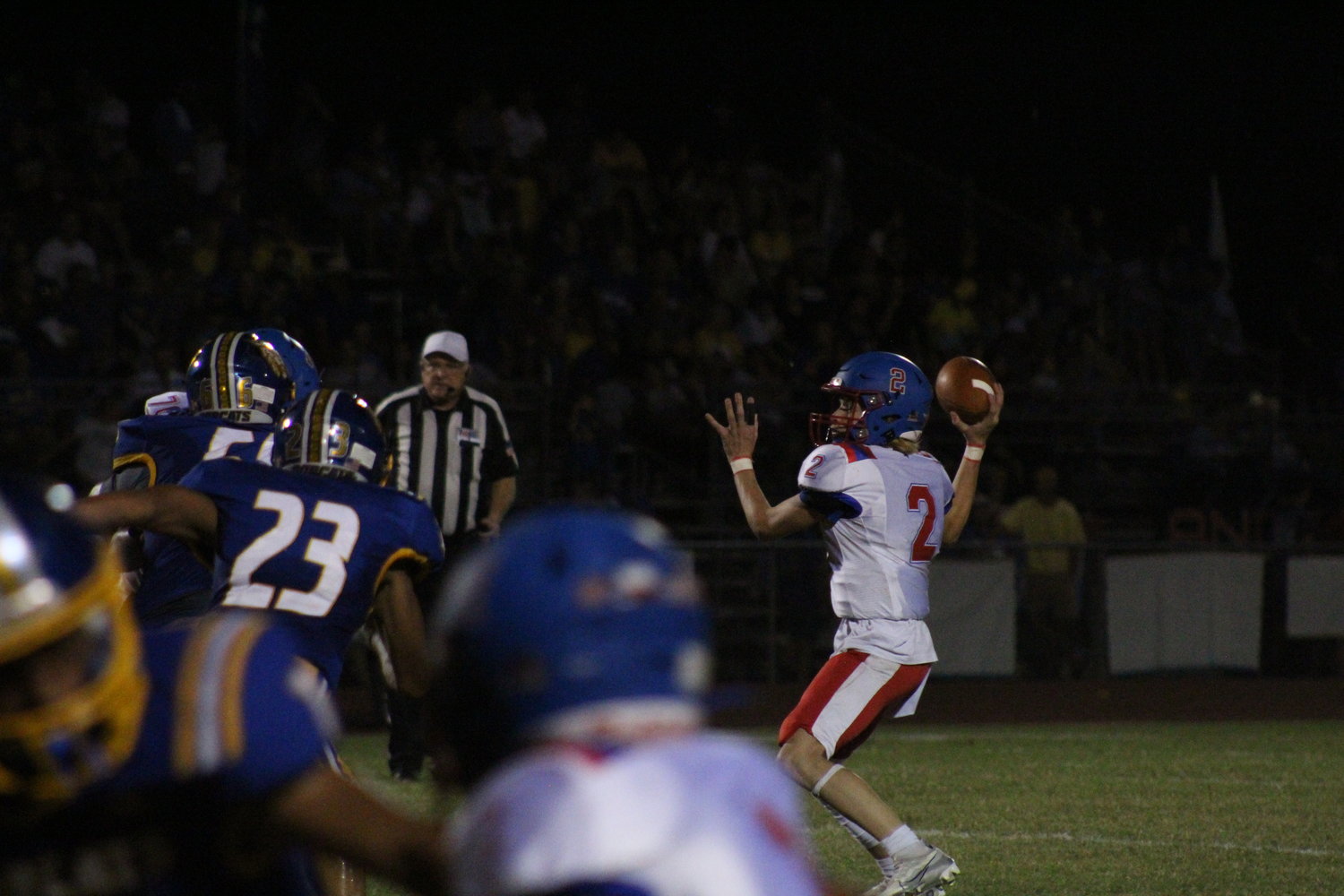 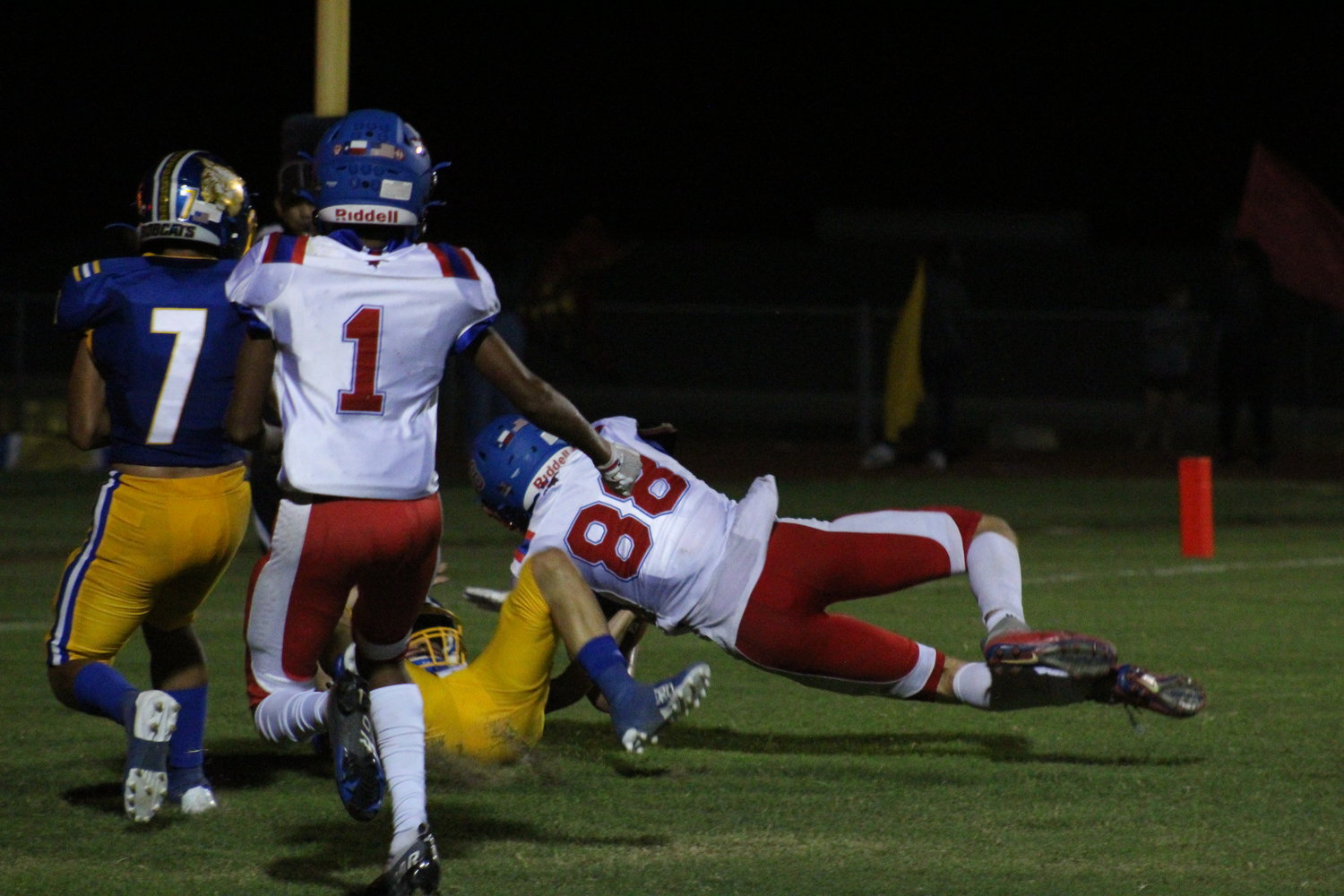 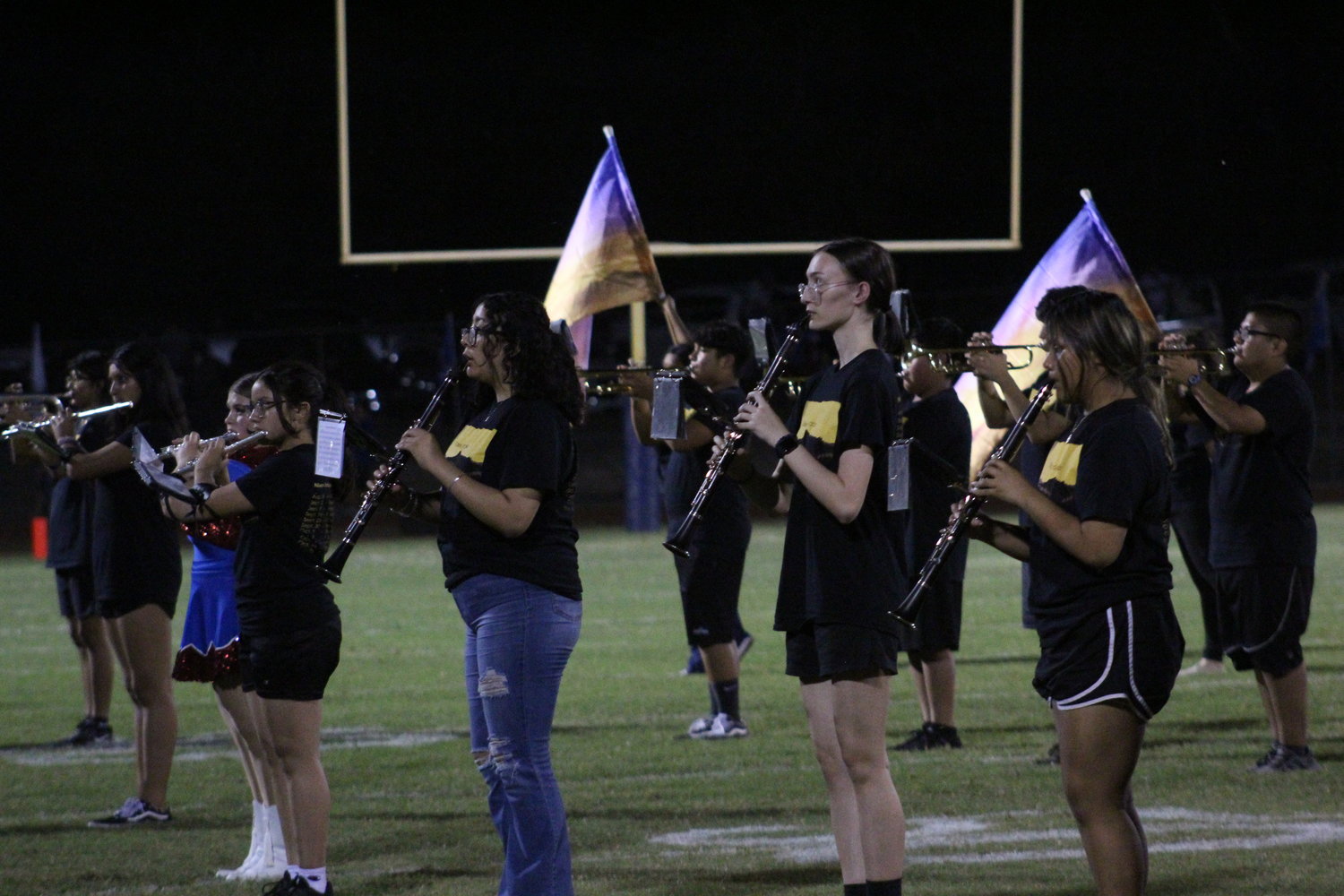 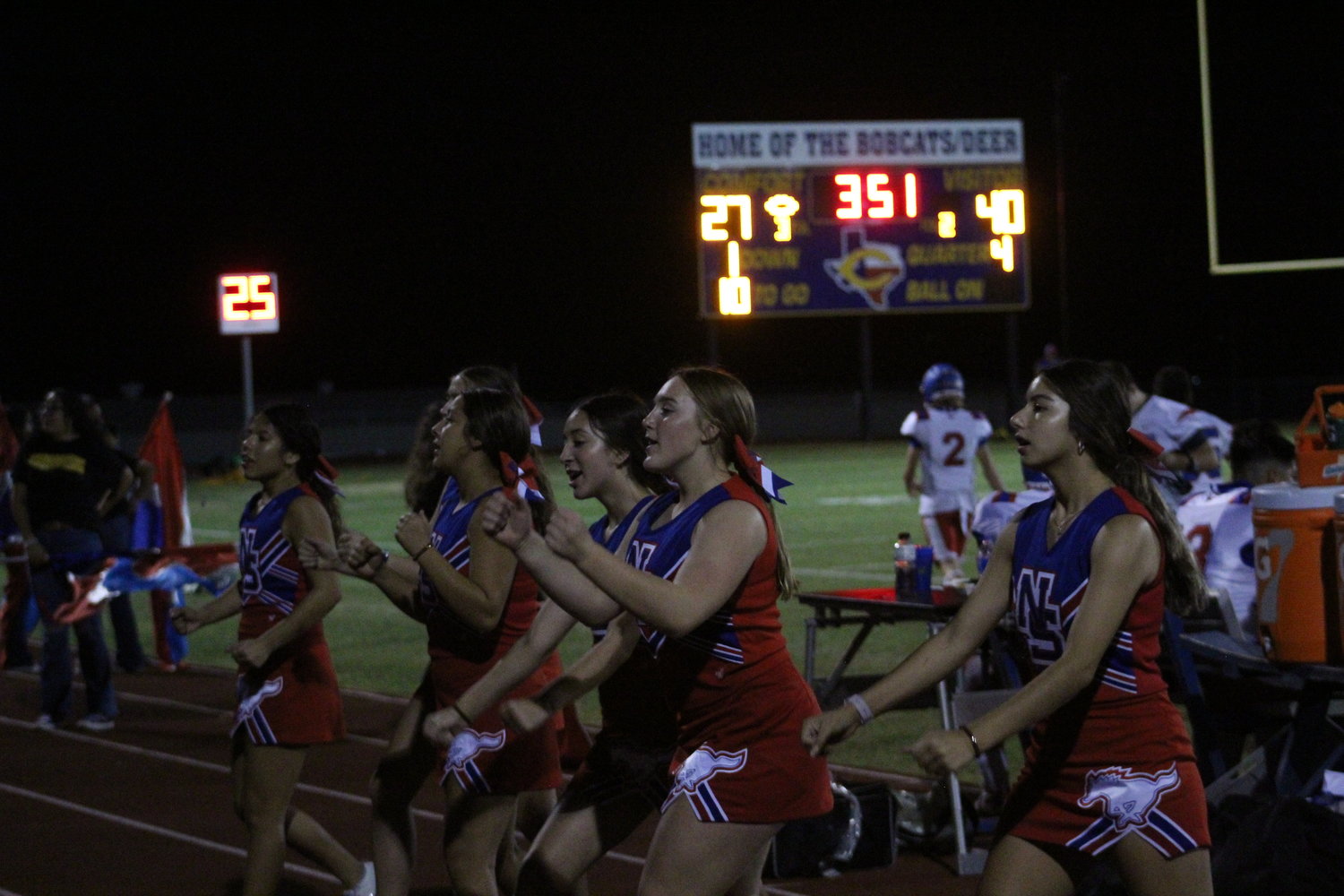 The Nixon-Smiley Mustangs snapped a three-game losing streak in their 40-34 district opening win over the Comfort Bobcats on the road Friday, Sept. 23.

The Mustangs made the statement at the beginning of the game with an onside kick recovery on the opening kickoff and they never looked back.

The offensive line of Nixon-Smiley help the offense get going for senior running back Bradyn Martinez and junior quarterback Luke Moses.

Martinez rushed for a season-high 276 yards on 33 carries and three touchdowns. He gave credit to his offensive line for getting yards and touchdowns against Comfort, he said.

Moses contributed to the offense with six carries for 31 yards and a touchdown on the ground and completed one of three passes for 24 yards and one touchdown.

The Mustangs headed into this game needing to win this game to get back on the right direction after losing three straight games.

“It just really good momentum that we needed. And we haven't been playing very well. We played out here and competed very well. Best game all year,” Luke Moses said.

Head football coach Troy Moses was proud of his offensive line getting the job done for his offense against Comfort’s defense.

“We controlled the line of scrimmage. Our guys did a great job. We talked about being physical and being tough up front, you know, so I thought they answered the bell,” Moses said.

The defense got the job done, forcing a big turnover with a fumble recovery inside the five-yard line with 9:03 left to the game, and Coach Moses said it was huge for his defense to make that play on the one-yard line.

“We’ve just got to keep battling on defense. We're gonna get better, you're just going to, and we just need to keep working and keep our heads up,” Coach Moses said.

The Mustangs will have a tough challenge this week as they host Karnes City for their second district game of the season.

Last season, the Mustangs beat the Badgers, 34-33, and Coach Moses and his team know it’s gonna be another tough battle.

“It's gonna be a battle. We knocked them off last year by one point at their place on Homecoming. So they're gonna be fired up for us. It's gonna be a fun game,” Coach Moses said.

Luke Moses: one completion on three attempts for 24 yards and one touchdown

L Moses: six carries for 31 yards and one touchdown.

Holden Canion: one reception of 24 yards and one touchdown

H. Holden: one cause