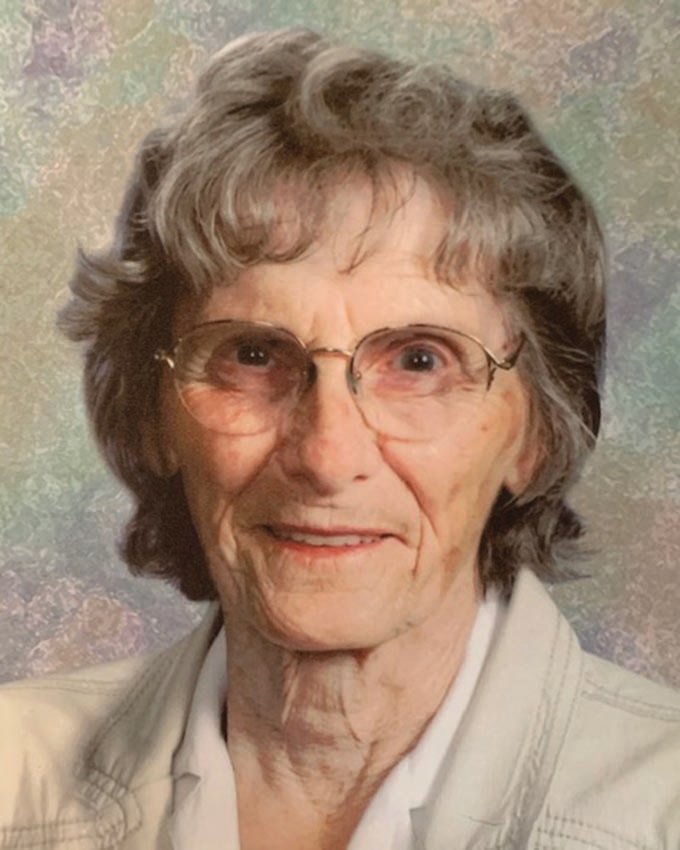 Dorothy was born on April 14, 1930 in Washington County, Texas to the late August and Ida Mueller.  She went to schools in Wesley and Round Top, then moved to Shelby where she met and married her loving husband, Leonard Brandt, on Nov. 3, 1948. In the early years of their marriage, they lived and worked in Brenham and La Grange before settling in Gonzales in 1953 and raising four boys. Once the boys were in school, she worked outside the home at Tony’s Pizza Production Facility, City Appliance, Western Auto and True Value. At True Value, she loved helping brides with their wedding registries and china.

Dorothy embodied a spirit of gratitude that was cherished by all who knew her. She was a kind, supportive and loving wife, mother and friend who enjoyed spending time with her children, grandchildren, great-grandchildren, lifelong friends and members of her beloved church, First Lutheran Church of Gonzales. Dorothy was a member and chairperson of many committees at her church including her beloved Lutheran Dominoes and Mary Martha Bible Study Group. She also enjoyed supporting Little League by donating and selling tuna fish sandwiches at the Concession Stand and baking cakes for the Lions Club Cake Walk, plus she supported many other organizations throughout Gonzales with her time and donations. Activities and hobbies that she loved included sewing, water skiing, city volleyball and dominoes.

Dorothy was a special mom, wife, grandmother, great-grandmother who was greatly loved and will be missed by all. She is preceded in death by her parents, August and Ida Mueller; husband, Leonard Brandt; son, Don Brandt; daughter-in-law, Allison Brandt; her brothers: Fred Mueller, Arthur Mueller, and August Mueller, Jr.; and her sister, Hilda Randermann. Dorothy is survived by her son, Wayne, and his wife, Barbara Brandt, of Aurora, Colorado; son, Larry Brandt and Ann Quigley of San Antonio, TX; son, Kenneth Brandt of Litchfield Park, Arizona; mother of the late Don Brandt’s children, Ronda Harrell Brandt; her sister, Elinor Pomykal and husband, Roger Pomykal; and brother, Raymond Mueller, and wife, Jackie Mueller.  Dorothy leaves behind ten grandchildren and 14 great-grandchildren to cherish her memory.

A memorial service will be held for Dorothy Brandt at 11 a.m. on Saturday, April 24, at First Lutheran Church, Gonzales, Texas with Pastor Ildiko Rigney officiating. Interment following at the Gonzales Memorial Park Cemetery with a reception to follow at the Church. Any words of comfort can be left online for the Brandt Family at www.Buffingtonfuneralhomegonzales.com.  Memorials may be made to First Lutheran Church Memorial Fund, 1206 St. Joseph St., Gonzales, Texas 78629.