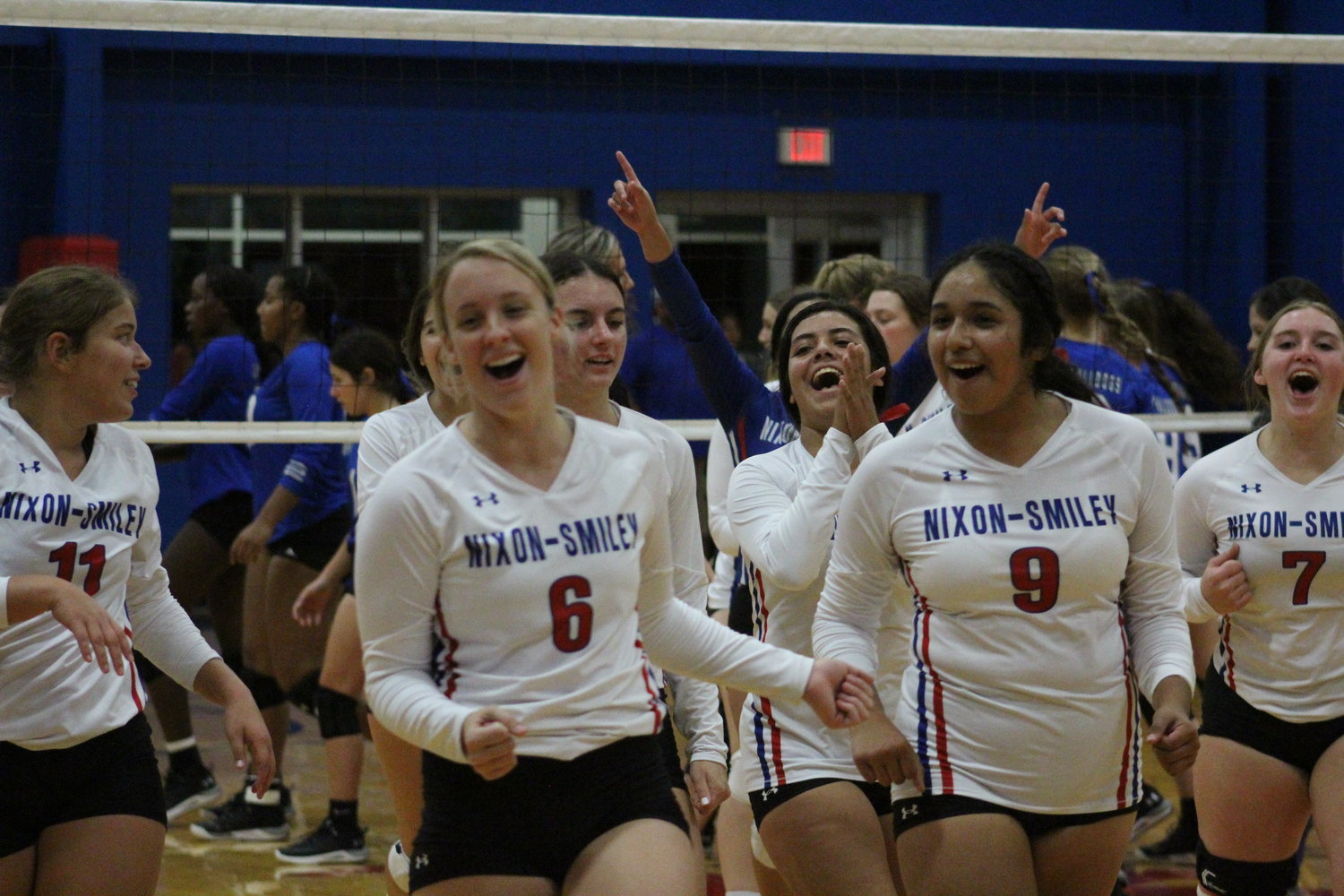 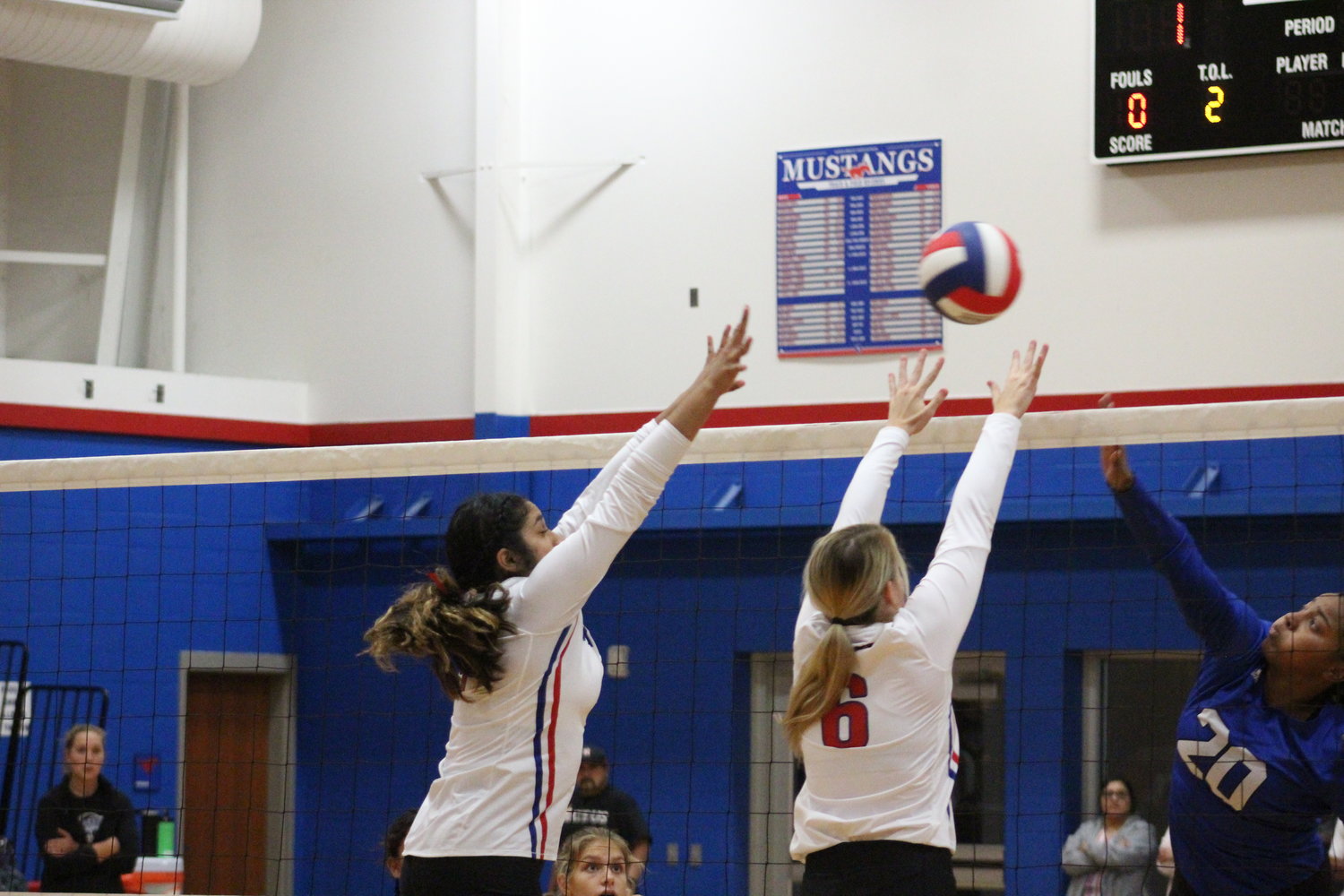 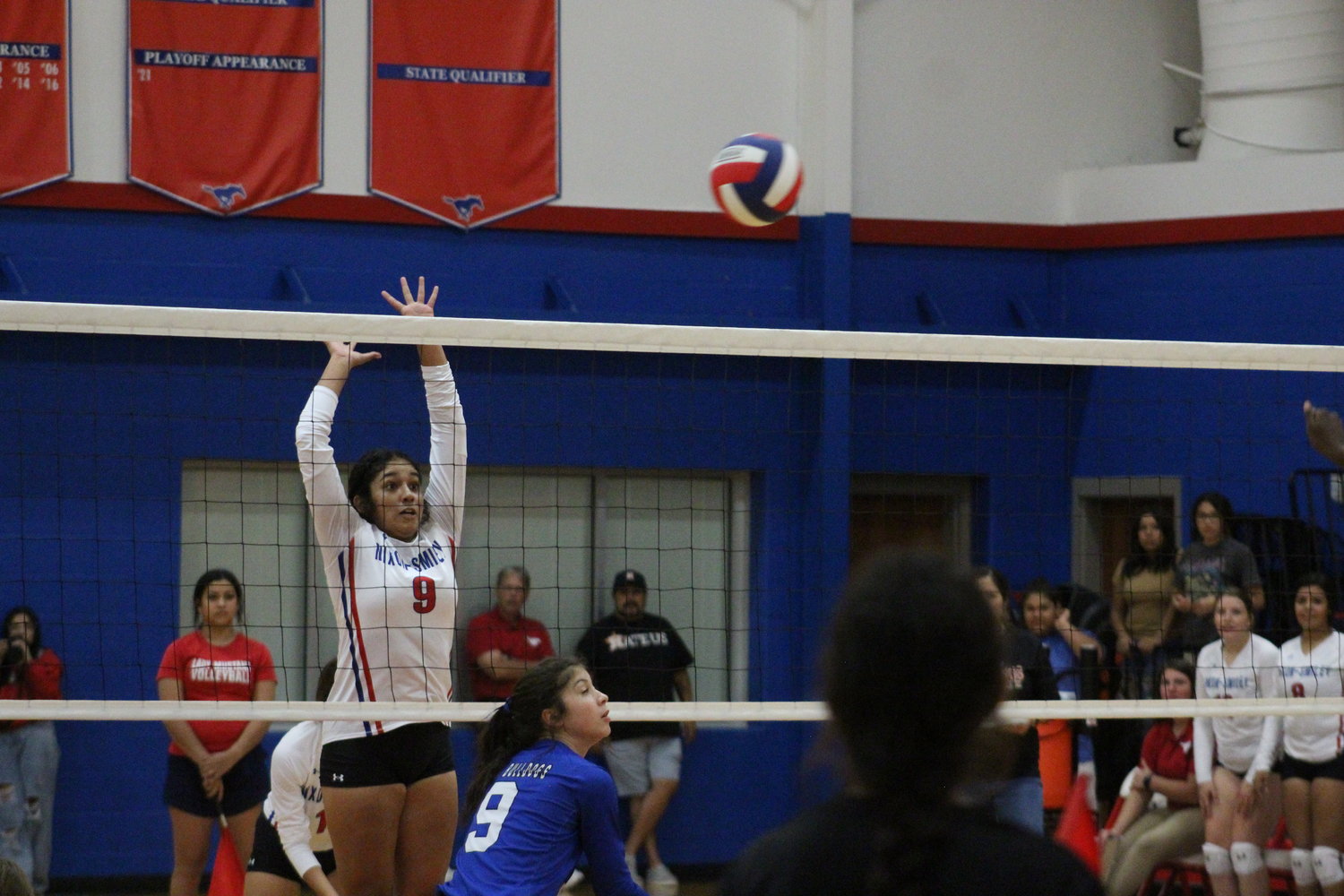 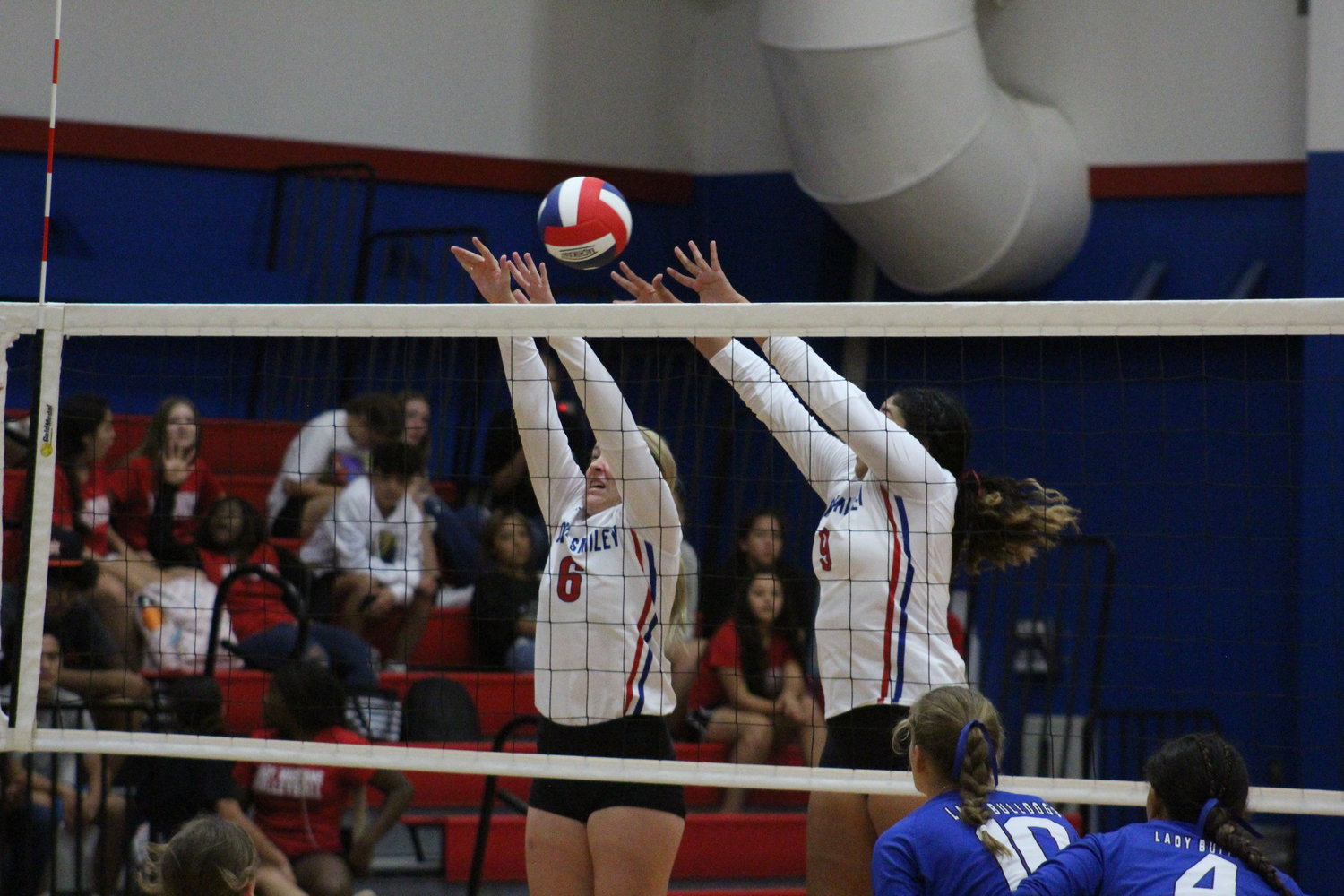 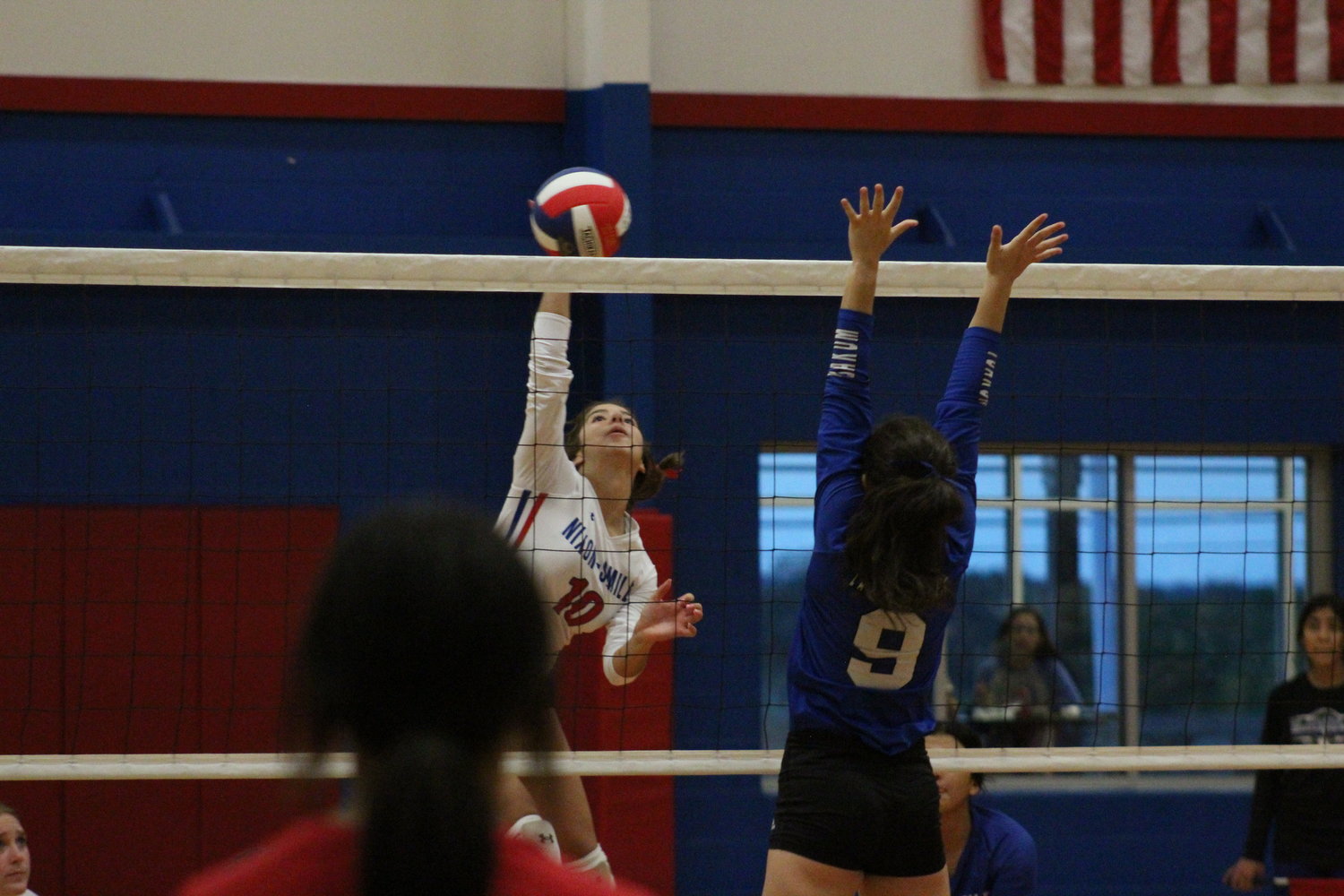 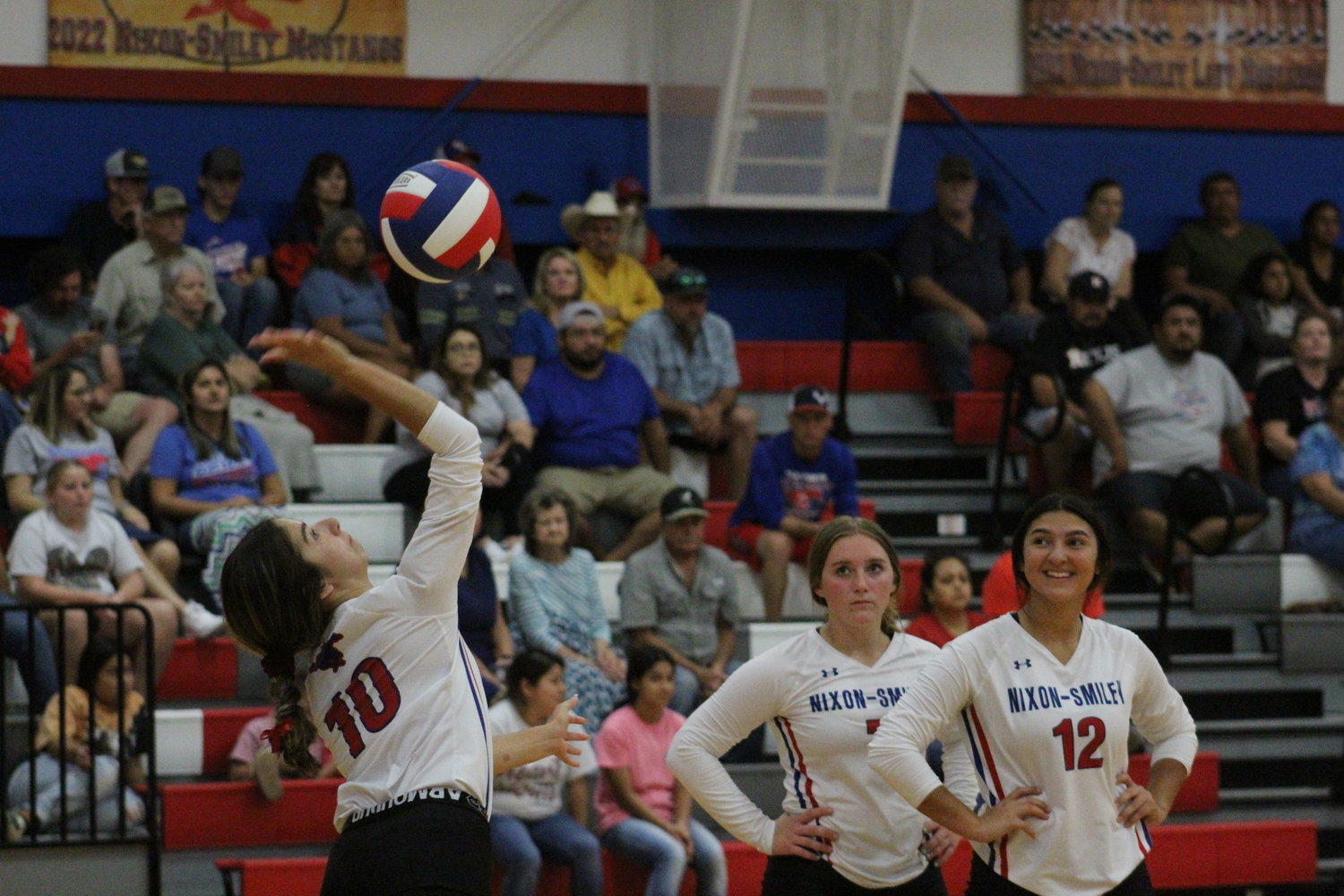 The Nixon-Smiley Lady Mustangs had their backs against the wall against the Yoakum Lady Bulldogs, Wednesday, Aug. 31, at home.

Originally, the game was scheduled in Yoakum, but due to threats made to the high school and junior high school by a suspect later identified as a Canadian teenager, the match was rescheduled and relocated to Nixon-Smiley High School.

The match then turned in favor of the Lady Mustangs as they crawled back and won the next three sets to seal the win over Yoakum.

Head volleyball coach Loraine Zuniga and her team kept their composure, even being down 2-0 early in the match.

“I just told the girls going into that third set, ‘It's a new game. It's always the first one to 25. It doesn't matter what's happened before [in the previous sets],’” Zuniga said.

With wins in each of the next three sets, that has helped Zuniga figure out her team’s rotation as they prepare for district.

Zuniga said she is proud of her team pushing through all the different rotations and getting the win in five sets.

Senior setter Madisyne Rice talked about her team starting off rough against Yoakum, but the fans in the stands gave them the energy they needed to execute.

The Lady Mustangs have a tough road before district as they faced Three Rivers (a 3-1 loss) on Friday, Sept. 2, and traveled to Shiner on Tuesday.

“I know Shiner is going to be a tough team on the road. We've seen them in tournament play, they got a few big hitters that we're gonna have to be prepared for. But I'm excited to see that before we start district and being able to see a tough opponent that can challenge us,” Zuniga said.