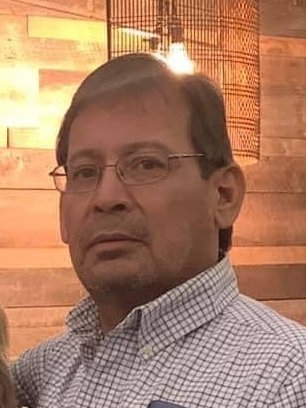 On December 29, 2022, our loving father Miguel “Mike” DeLeon, age 59, of Nixon, went to be with the Lord.  Mike was born March 14, 1963, in Nixon, to Pablo DeLeon Sr. and Dorothy (Flores) DeLeon. Mike worked many years in the construction field as a truck driver and was a loving son, brother, father and grandfather. Preceding him in death are his lifetime partner Agrippina “Pina” DeLeon, parents and brothers, Pablo DeLeon Jr. and Rene DeLeon.

Father Kuriakose Ouseph will officiate at the Mass. Interment will follow in the Leesville Latin American Cemetery, Leesville. You may sign the online guestbook at www.finchfuneralchapels.com. Services in care of: